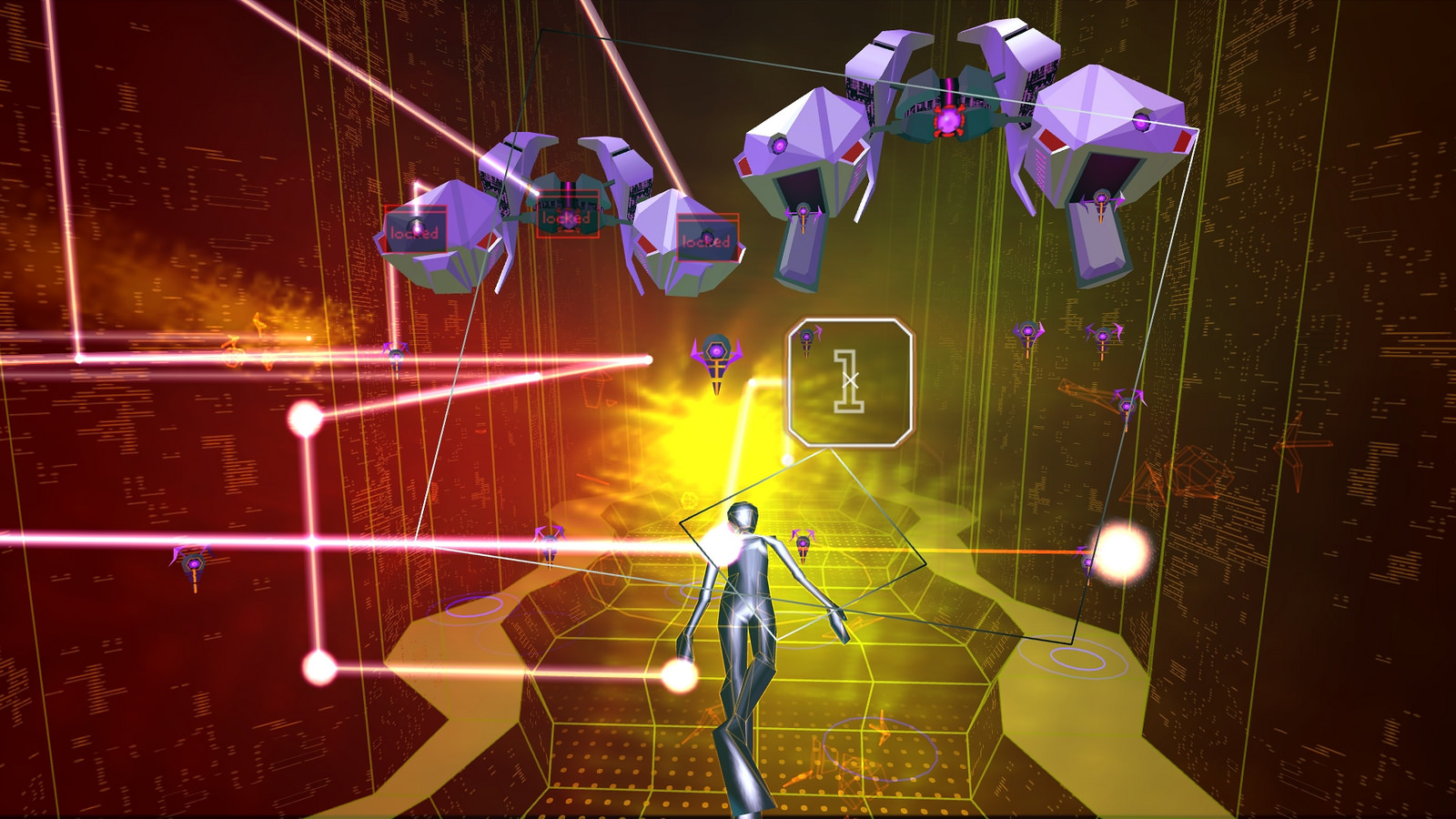 What you doin’ in the club on a Thursday?

Rez asks a lot of you before you get past the title screen. It begins with a litany of warnings about sensitivity to lights, even without using the optional PlayStation VR accessory, and recommends headphones to boot.

Unlike most other games though, it actually means it. 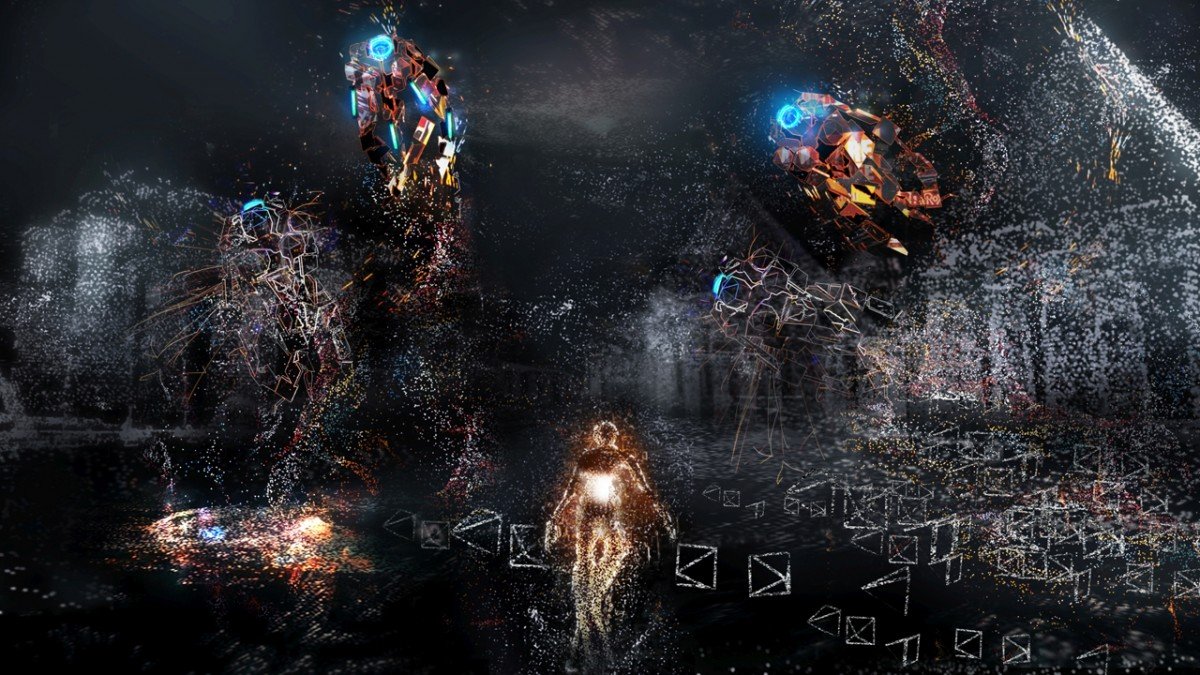 If you haven’t played Rez before, you absolutely should. If you have, welcome back, as Infinite is basically a remaster of the first with some new bells and [VR] whistles.

A lock-on mechanic and bombs — that’s all you’ll get in this on-rails rhythm shoot-’em-up that still hasn’t been matched today. The basic gist of this ongoing and esoteric Frank Miller Ronin-esque storyline is that man creates AI, AI becomes self-aware, and identifies its creators as its enemy before shutting down. But instead of James Spader, you have a giant digital woman named Eden. The narrative is tenuous and basically non-existent until the lengthy last mission, at which point it throws everything at you at once.

No, you’re playing this for the experience, which is not only unique, but challenging as well on higher difficulties. The strategy lies in when to lock-on, and for how long. Since you can’t dodge offense is king, and especially important for bosses, as you need to block stray bullets and focus on a weak point to force a phase change during some of the more hectic parts. Alternatively, you can opt to pry away more “skin” so to speak to locate another weak point. There’s only several of them, but the bosses are a rush and worth replaying multiple times.

The journey to get to them isn’t so shabby either. Rez‘s core principle lies in creating music with your firepower, which somehow comes together in a way that most development teams couldn’t fathom. Chaining together attacks is even easier if you can feel the beat, and the soundtrack is still worth rushing out and buying immediately (especially the drum-heavy stage four theme “Rock is Sponge”). It’s not just electronica heavy — there’s some hip-hop and rock themes, which goes nicely with the idea of evolving your character to power-up.

So everything is still good, right, but what about VR? Well, it’s not something I’d say Infinite really needs, but it does enhance your various states of euphoria by nature of the sensory deprivation delivery method. With the ability to focus with a helmet on, all outside stimuli and distractions are gone, and odds are you’re using headphones by virtue of having the thing on your head. It feels like afterthought, though. In an entire playthrough, I only needed to lean my head back or turn around twice to tag an enemy above or behind me. Granted, these are a few of the most intense sessions I had because of how different fights are with room-scale VR. For those who are curious, you can swap between VR and TV mode at any time outside of a level.

The only real new addition for Infinite besides the alternate viewpoint is “Arena X,” which is unlocked after beating the game or failing at it for an hour. No joke, it’s basically a 20-minute demo of what a new, built-from-the-ground-up Rez would look like in VR, but it’s amazing. Forged by the idea of “seeing sounds,” series creator Mizuguchi and his team crafted something really special, and after showing it to my wife, who had never tried Rez before, she noted that it was unlike anything she’s ever played. Part of the allure is that this time it’s not quite on-rails, as each area is a small open arena of sorts, and there’s a new boost button at your disposal to move around. It’s a great conversation starter, and for the dedicated few, there’s your standard score attack, boss rush, and extra ancillary modes to grind away at. 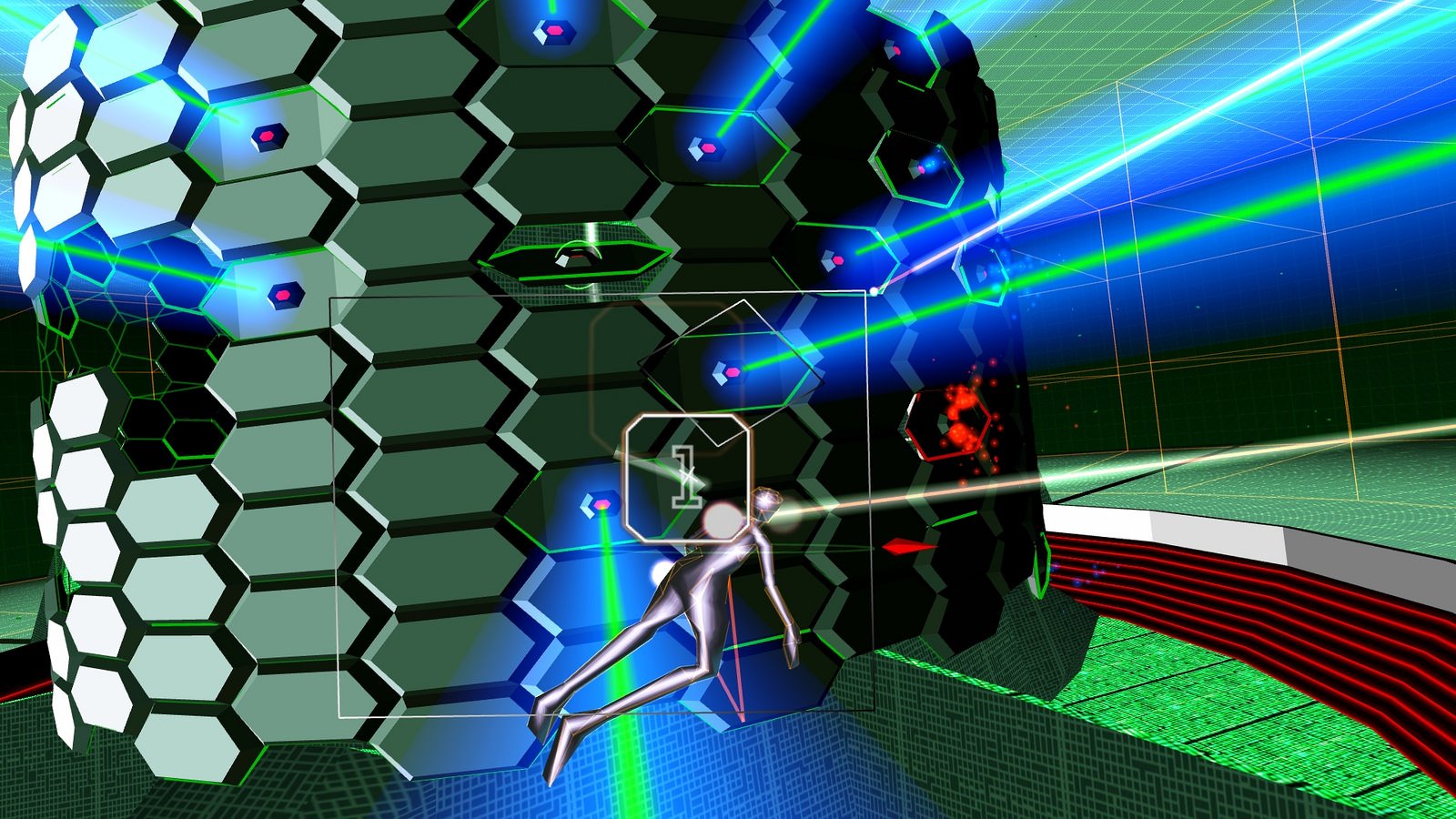 I don’t know how this series keeps holding on, but I’m glad it does. Initially debuting on a Sega platform, it jumped ship to Microsoft, and now, Sony. I don’t really care who gets it next, I just want more Rez.