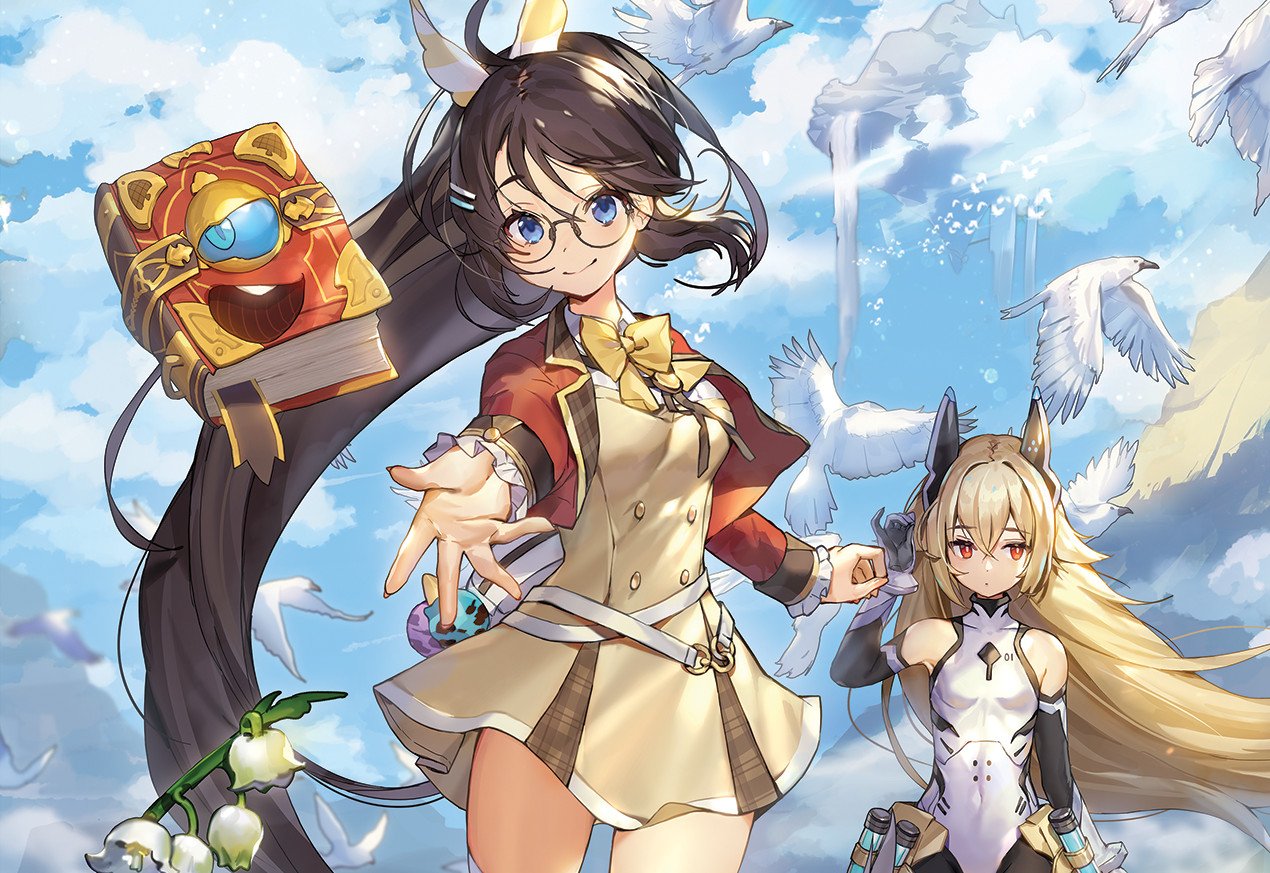 I was excited for RemiLore: Lost Girl in the Lands of Lore. A Diablo-style action adventure where your main pickups are popsicles and candies, where you can wield a chocolate-covered banana as a weapon, all set in a bright and colorful anime-inspired environment. In preview videos, the game looked like simple fun: walk around, beat up enemies in randomly generated levels, get a little bit of dialogue thrown at you, add in a co-op mode, and Bob’s your uncle.

Except Bob is kind of sloppy and just doesn’t seem to care all that much. For all the cuteness and pep RemiLore displays at the outset, it ends up coming off as a dull, short, boring experience. And that is really too bad, because it’s wrapped in the skin of something potentially much more memorable.

Let’s get this out of the way so nobody is confused: RemiLore is nothing like Diablo. In fact, RemiLore has a lot more in common with NES games like Gauntlet than it does with Blizzard’s immortal juggernaut. There are definitely similarities such as a four-act setup, with three stages in each act and a boss battle, the ability to acquire loot (kind of… I’ll cover it later), and randomly generated level layouts. But at its core, RemiLore is a combat-oriented top-down beat-’em-up with very limited character customization.

You power through a set of rooms which spawn various enemy types, clear them out, and get a ranking up to S based on your effectiveness in dispatching enemies, which allows you to poke through more random items at the end of the stage. Lather, rinse, repeat for the entirety of the game. This isn’t a horrible formula, mind you, but it’s bland considering what you have to work with. Enemy types are limited, with a few mid-bosses providing some extra challenge, and then a mix of melee and ranged mobile enemies and stationary towers.

Remi has three primary abilities, including two melee attack buttons for normal and strong attacks which can be strung into combos, a magic attack stemming from her talking book companion Lore, which is dependent on the weapon she is holding, and the ability to dash with a three-stage stamina bar that refills quickly after being used. As long as you give yourself plenty of space and learn to read mid-boss attack tells, combat is a pretty safe affair, with Remi stunning most enemies in her combo to prevent them from countering. With spells like freeze and slow, especially once they are upgraded to full and can affect the entire screen, RemiLore can become monotonously easy.

I ended up swapping out for random weapons all the time just to mix things up — a self-imposed challenge that should not have been necessary given the short three hours it took me to complete both available characters’ story modes.

As you beat up enemies and trash objects scattered throughout each room, you will pick up food items which will add to your food score. This is the currency you use to upgrade spells, HP drop items, reduce the price of new weapons that you can buy at the end of each stage, and so forth. There isn’t much to do here, as currency is painfully easy to collect, and my method for success was to wait until I had an item with a spell I liked and then just put all my points into that spell.

Everything you upgrade is upgraded permanently between both characters and across the different game modes, and although RemiLore‘s touted 200-plus weapons may seem like it would offer more variety, the answer is: no. It doesn’t. For one thing, you can only wield one weapon at a time, and can’t carry anything with you, so it becomes a balance of choosing a weapon with high attack power, and one tied to a spell that doesn’t suck.

In addition to that, when you defeat a mid-boss, you will pick up a scroll which will either give you a buff to HP, MP, or swap your weapon for a higher one in the same class, but often these have detrimental effects. So as I got close to the end of the story, I ignored these unless I was desperately relying on RNG to save my ass, which only happened once because the game is not very difficult, with only the boss of the second act posing any kind of a real challenge. When you die in RemiLore, you go back to the beginning of the act, which might have annoyed me more if it was ever a threat.

Thankfully there are some very difficult extra modes, such as a hard mode and nightmare mode — where you can only take one hit — if you accidentally spend your money on RemiLore and have nothing else to play. The included co-op mode was mildly fun. I played with my daughter, and she got bored after twenty minutes. I asked for her opinion for my review and she said the following:

“It was as good as a pickle sandwich.”

Annoyingly, you can only save your progress in one mode at a time. So after we were done with our co-op session and I went to play story mode again, that progress was deleted. This is just stupid. There’s no excuse for not creating a separate save file for co-op. Not that I wanted to play anymore, but if you did, that is one of the restrictions you will face.

Lastly, there is the story. And by that I mean there is no story. Remi is an insipid, annoying Alice in blunder-land. She doesn’t want to be in the world she was drawn into, which there is basically no buildup for, which makes no sense whatsoever, and which is the narrative equivalent of a yawn. She constantly whines and talks about food, and the randomly generated dialogue between her and the nasally Lore made me turn the volume down and listen to the soundtrack for Battletoads in Battlemaniacs instead.

Remi’s story ends with the narrative equivalent of a fart, and the secondary character’s ends with a burp — and no end boss, by the way, making it somehow even shorter than Remi’s own sleep-inducing adventure. The enemies are all generic robots, which is jarring when you compare them to the quirkiness of the weapons and pickups. There was just so much more that could have been done here, and RemiLore utterly failed to hit the mark.

Performance-wise, it was fine. The game is pretty, the music is decent, and I liked that each stage was a different time of day to change up the lighting and colors a bit.

Overall, RemiLore: Lost Girl in the Land of Lore is a huge disappointment for me. When you can grab something excellent like Enter the Gungeon for a fraction of the price, it almost comes off as embarrassing. It’s not utterly vile like a pickle sandwich, just incomprehensibly dull considering its vibrant, cute, colorful presentation.

While I consider RemiLore a hard pass, I think it might have an audience for a more casual crowd looking for something with a spark of charm, but that definitely wasn’t enough to save it for me.