I’m a sucker for action-RPGs, dungeon crawlers, hack-and-slash…things — you know, whatever you want to call them. Those games.

My wife and I eat them up like candy, sometimes over the course of a mere weekend (as was the case with the Norrath series and the Gauntlet franchise).

Days that I’m disinterested in an action-RPG come less frequently than a total eclipse of the sun, which is why I was so excited to try out Realms of Ancient War; a recent entry into the genre that looked fairly promising.

So what’s the rub? Well, I can’t even come up with a witty intro here: just don’t buy this game.

Immediately at the start, you’ll have the option of choosing the stalwart aged warrior, the nimble rogue, or the mysterious mage. The game does offer two-player coop, and when you choose your character(s), you jump right into the thick of things.

I’ll cut to the chase here: problems start popping up fairly early, almost as soon as you enter the game and realize there is no world map, or even a minimap. Soon you’ll move onto the controls, and spot a few more issues. At first, everything looks well and good: the face buttons control abilities and attacks, and the right analog stick changes the pool to another wheel of four abilities. You pull the left and right triggers for mana and health potions respectively, and bing bang boom, those are your controls.

But the main ill-designed mechanics that strike me as odd are the lack of combat rolling or dodging, among other things, like the utter lack of camera control. The fact that when you use your standard attack, you have to keep pressing the attack button instead of holding it down (which is a problem caused by the skill system). Or the very choppy attack animations. All of this kind of compounds into a volatile unfun concoction that you don’t want to be a part of.

But like any modern-day action-RPG, the game does have player-progression elements to go with all that mindless slashing. Sadly, there is no stat application or customization, only skill customization upon leveling — which brings its own set of problems. When you level up, you can choose from a pool of skills in a list, which opens up as you progress past level ten, and so on. There are no trees here: skills have three levels of power each.

So when you level up a healing or passive mana reduction skill, it becomes more effective: easy peasy. But annoyingly, it doesn’t actually tell you what it does outside of a vague description, leaving you to guess as to what skills are effective, or useless. For instance, instead of saying “Mana Regeneration: Mana costs are reduced (by 20% for Level 1, 40% for Level 2, and 60% for Level 3),” it’ll just say “Mana costs are reduced (by a lot on Level 2, by more on Level 3).”

In short, there are no tooltips, which makes character building a crapshoot. Speaking of level-ups, they come at fairly random times, as the game tends to rubber-band XP in an odd way, just like the original Borderlands (you either get next to no XP, or a ton of XP). 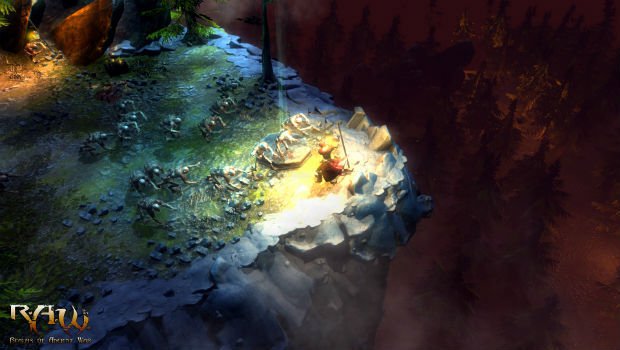 To add to the confusion, there is an inexplicable “possession” ability that you get early in the game. This oddly designed power lets you posses certain enemies and control them (usually one every fifteen minutes or so) for a limited time using the LB (L1) button, anywhere on the screen. Usually, these enemies are extremely weak, so you only get to use them for about ten seconds or so. The animation for going in and out of their body looks pretty hokey, and ultimately, it isn’t really required for anything. It’s just kind of…there.

The whole death system is also incredibly odd. There are checkpoints in each stage, similar to how the Diablo series handled waypoints in DII and III, but there are “lives” involved in the mix. Throughout your journey, you’ll pick up soulstones as a random drop, of which you can have nine, at maximum. Once you lose all your lives, it’s Game Over, and you have to restart the stage. Huh? Am I missing something?

Why even go through the effort of putting lives in the game? Considering co-op basically nullifies them anyway by bringing the other dead player back to life after five seconds of survival, it seems weird to punish solo players with an arbitrary life limit. The game isn’t even that hard to boot, as you’ll most likely have nine soulstones in your possession at all times.

While you’re trying to make sense of all this, you’re romping through various areas of the four continents in the game world, which is probably the most tolerable part of the game. Locales are decent from a design standpoint, but you can’t really explore them. There were a number of times where I saw some pretty cool-looking potential shortcuts, over wooden stairs and overhead walkways, only to find out that they were just there to look cool, and had no functionality whatsoever.

Throughout your journey, you’ll encounter a number of uninspired fetch and kill quests (nearly every area has “collect two parts of this key”). Some of the quests are so hilariously poor that I couldn’t decide whether to rage or to laugh. One in particular I thought was pretty funny: after wandering a particular mountainside and coming across a King of Thieves, he said, “Ha! I should kill you! But actually I won’t if you help me kill this random dwarf for me!” 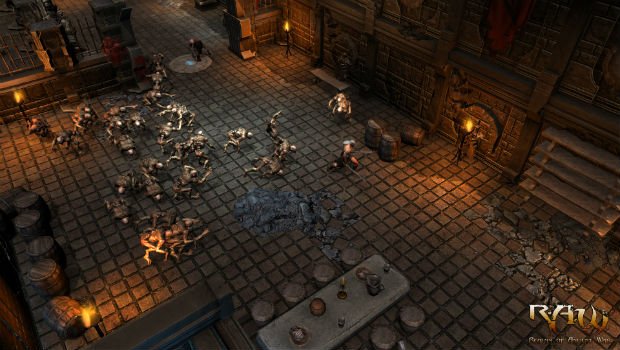 The kicker? The entire time his clan of thieves was attempting to kill me with reckless abandon, save for his invincible, non-interactive character model. I wiped out his entire guild and he just stood there, waiting for the “if [you do] then [XP]” quest to complete.

It’s like one development team designed the quests, and then at a later date, a whole new team was brought in, unbeknownst to the original designers, to place enemies and design the environments. That’s how disjointed the world of Realms of Ancient War feels.

So outside of the gameplay, how enjoyable is the game world? Well, with any IP, you’re going to have brand new lore, so it better do a good job of grabbing you if it plans on expanding further down the line. Point blank, I think that while RoAW does have a glimmer of uniqueness to it, you’ve seen most of it before.

Humans, dwarves, and elves lived in peace, until a fiery dark figure purged them into darkness. The kings of each area basically turn into shells of their former selves after a summit, and hope of recovery is slowly fading in the world. If this sounds like the plot to The Lord of the Rings, it basically is. All the developers really needed to do is mocap a homeless man in a burlap sack to guide the player around, and you’d have a potential lawsuit.

To add insult to injury, RoAW makes it frustratingly hard to get into the lore. For starters, there are no character voices in-game. You remember the iconic “stay a while and listen” from the Diablo franchise? Or how about “Green Valkyrie needs food badly” from Gauntlet? You’ll basically get none of that here, as NPCs will just produce on-screen text — that’s it. The game’s sparing cutscenes do have voices, but unfortunately the frame rate constantly takes a dive in them, so they end up skipping a tiny bit, which makes them feel off. 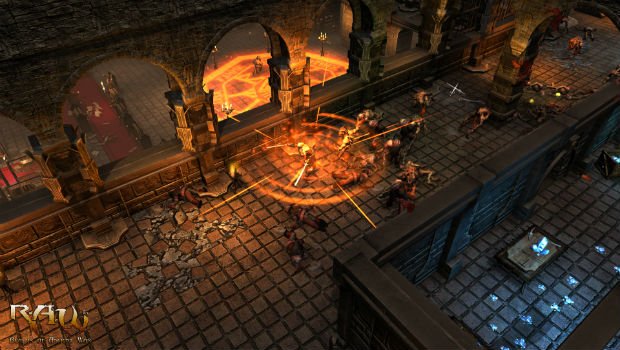 For those of you who want to grind as much as possible out of your purchase, there are three difficulty levels, the three aforementioned characters, two-player co-op, and a number of collectibles called the “Statues of Kilthi.” You most likely won’t want to take up any of these offers outside of co-op, as the three characters aren’t particularly interesting, the game isn’t actually hard even on hard mode, and the locales aren’t fun enough to warrant finding all the statues. On average, the game should take you around five hours or more to beat, which is par for the course for action-RPGs.

If you really like dungeon crawlers, you’ll probably devour this game like a locust anyway, given the included element of couch co-op (which sadly does not support three players, despite the three hero choices). I mean, I took the time to beat it, even if I didn’t really enjoy it, which is something. But if you’re on budget, you’re better off getting the more polished Crimson Alliance, or any number of choice XBLA/PSN/PC alternatives instead.

On the bright side, this is the first action-RPG ever to feature a phantom mine cart. Yep, a ghostly mine cart. It was the highlight of my experience. Well, that and the Thief King incident.