In 2011, when the Nintendo DS was being shuffled off this mortal coil in favor of the 3DS, Atlus released one of the most interesting JRPGs in the system’s storied catalog. Radiant Historia was a long and thoughtful game that easily drew comparisons to Chrono Trigger with its time-jumping shenanigans. It was big and ambitious, though linear to a fault, and challenged players to actually pay attention to the world and its story if they wanted to succeed. With a unique battle system, it wasn’t the worst way to wrap up one’s time with the DS.

Seven years later, as the era of the Nintendo 3DS begins its slow descent into the annals of time, Atlus is bringing Radiant Historia back with Perfect Chronology. It’s largely the same game, but the experience just doesn’t feel quite as magical this time around. 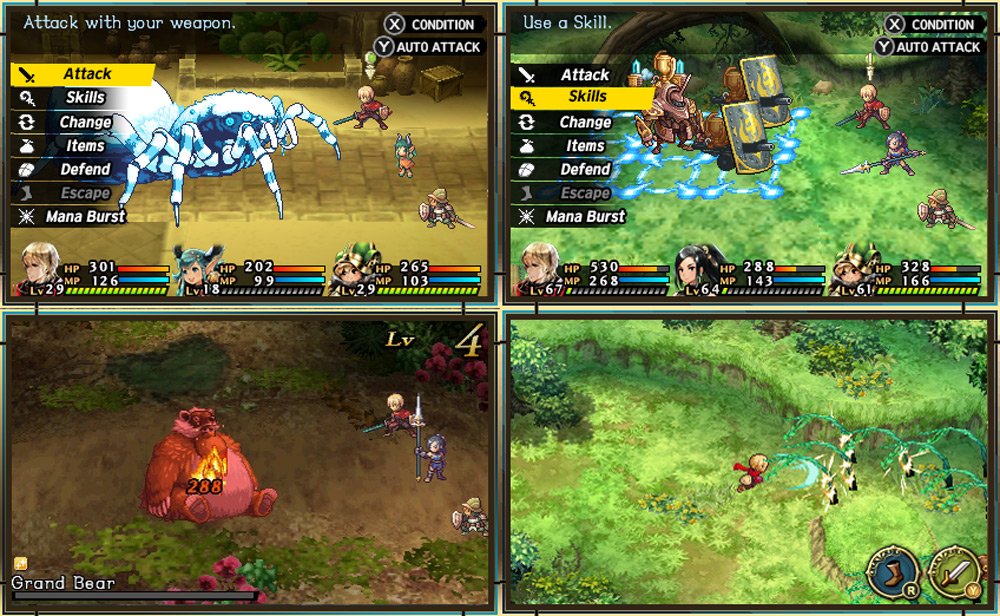 Radiant Historia: Perfect Chronology, despite its new window dressings, is pretty much a straight-up port of the original. The artwork has changed, the picture’s a bit clearer, and there are new nodes to discover, but it very much remains the same game we got seven years ago. If you never played it on the DS, this review is for you. If you did play Radiant Historia and are wondering if the new additions are worth a double-dip, know that I give all the new content a resounding “eh.”

Dropping me in the shoes of Stocke, a warrior working under Heiss in the kingdom of Alistel, my world soon gets torn asunder when I’m asked to make a choice between following my boss or my best friend Rosch. This decision splits the timeline in two and using the White Chronicle, I spend the next 37 hours jumping back and forth between timelines trying to avert the destruction of Vainqueur.

If you’ve heard anything about Radiant Historia, you’ve probably heard its story is really good and I’m here to tell you that still rings true… mostly. The not-too-frequent jumps from timeline to timeline show how well-written and orchestrated this script is. Unlike much time traveling fiction, there aren’t many plotholes here. The narrative is thick with plotlines that intersect and hidden motives that only come to light at the right time. It’s honestly like a family friendly HBO series. Everything makes sense from beginning to the long, drawn-out, oh-god-please-just-let-it-be-over-with end.

Radiant Historia‘s campaign is incredibly well-paced right until that final chapter which just throws battle after battle my way. I don’t know if this is to pad the runtime or what, but after draining my magic points fighting the sixth stone block in a row, I start asking myself if I’m having fun. Because the game isn’t exactly kind with easy ways to reinvigorate my team, I often have to jump through time just to stay at an inn and then work my way back to spot I left in this last chapter. Nodes on the timeline I can travel to make this less of a hassle, but they don’t always get the best placement. I’m also not always entirely sure where on the dual timelines I’m supposed to go for certain quests or to progress the story. If it tells me to go to Celestia, for instance, there are several nodes on the timeline that will take me there and it’s not always clear which one is the correct point of time. If I get it wrong, it usually means having to fast-forward through repeated plot points, or worse, having to re-fight a scripted battle.

My original trip to Vainqueur, while enjoyable, didn’t exactly feature the best combat. Radiant Historia places enemies on a 3×3 grid. The closer they are to my team of three, the more damage I do. The general idea is I’m supposed to knock my opponents around the grid, get them stacked into the same point, and then absolutely lay into them. There are very few attacks in the game that damage multiple enemies at once, but they’re quite weak, so I’m encouraged to set my team up with a long succession of uninterrupted attacks.

This is amusing for the first several hours or so, but eventually, all battles start to play out the same. I’ll sometimes face boss characters that break that strategy, but I would estimate 90% of the battles are easily winnable using this routine. Aht, the young Satyros who joins my party several hours in, breathes new life into battles with her traps. It’s much more entertaining to bat around the baddies with a set of traps strewn about like a deadly conveyor belt. Not only one of the best characters in the game, combat is most fun when she’s in my party.

Perfect Chronology gives me the option right off the bat to play either Perfect or Append Mode. I went with Perfect as it gives me early access to the new scenarios that are part of the new Possible History timeline. The term timeline is used loosely here as it’s more a series of fractured episodes that are more or less unrelated to one another. Append Mode presents the story exactly as it played out in the original release with the Possible History elements being accessible after the campaign is complete.

Of the additions to this port, I’m most appreciative of the voice acting. It makes this text-heavy game easier to get through and most of the cast isn’t that bad. Heiss, in particular, owns his role. Character portraits received an update with one character sporting a distinctly different design, but the rest of the game looks largely the same and that’s a bit disappointing. I didn’t expect massive reworkings of the sprite work for this port, but there is a noticeable lack of pizzazz here. Magic attacks are boring to look at. Flame and smoke effects are cheap and simple. It feels like there are only 15 different enemies that are just palette-swapped as they become more powerful. Seven years into the 3DS and I’m kind of expecting better-looking games than this, even if it is just a port. That’s to say nothing of the pure agitation that are some of the enemy sound effects. 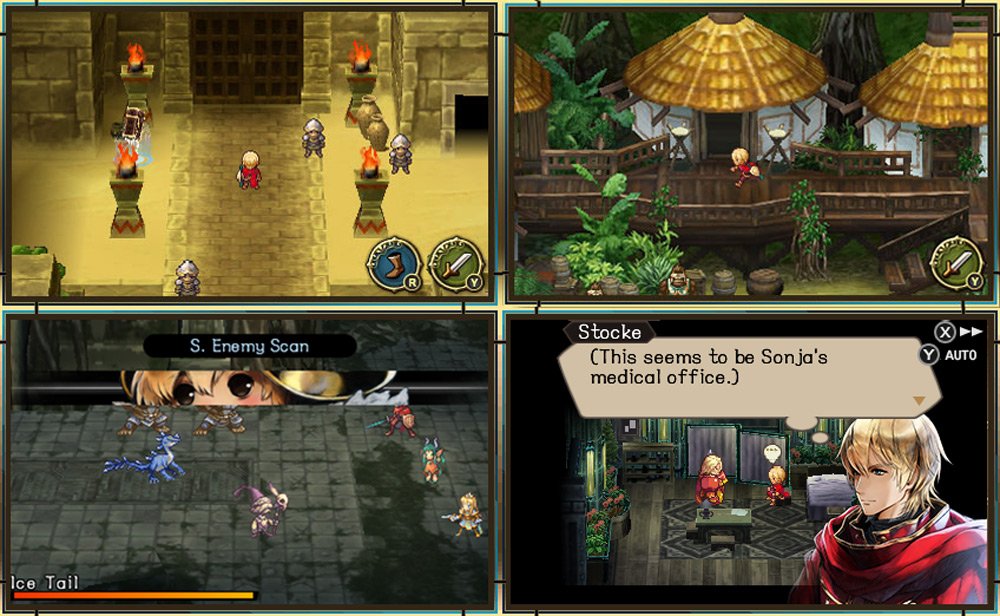 This brings me to the new Possible History. Opened by the new character Nemesia, this timeline is a series of vignettes that tell me a bit more about the history of Vainqueur by presenting me with a handful of “what if?” situations. These aren’t new, epic quests. In contrast, all of these episodes are short, usually consisting of a little story and a single battle. Some don’t have any battles at all but rather task me with jumping through the timeline to fix something. The stories here only slightly vary from the real world and it’s said these realities are related to the main timelines of the game, but the payoff isn’t worth the arguably little time I spent completing them. I must admit, I probably would have got more out of the Possible History if I did it after completing the original storyline.

I’m happy Altus is doing what it can to get more people to try out Radiant Historia because the game absolutely holds up and remains a pinnacle of original JRPG storytelling. Perfect Chronology is easy to recommend if you didn’t play the original but it doesn’t do nearly enough to make the argument for a return trip to Vainqueur.