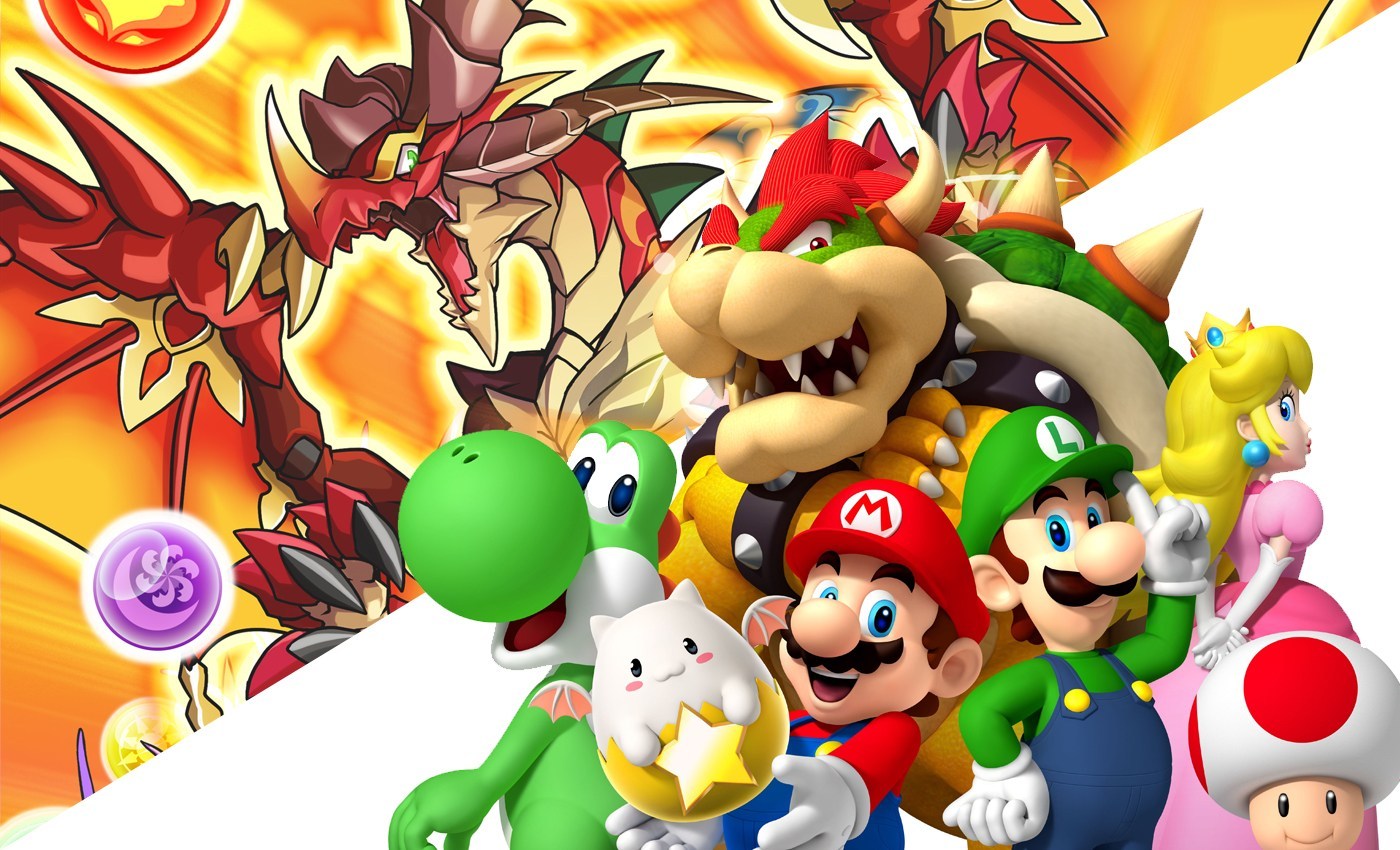 Two games in one

Puzzle & Dragons came out some time ago in 2012, and has since taken the world by storm. Although its origins started as a humble match-three puzzle game, GungGo Online cleverly added in slot machine-like addictive qualities to it, fueled by a microtransaction-laden scheme. The thing is, this franchise is so popular because it’s quite fair, allowing one to play for some time without hitting any paywalls.

Still, there are some of you out there who won’t touch free-to-play games on principle, which is where the 3DS iteration comes in.

It’s not just a checkmark on the side of a game box — this 3DS package really is two full games in one. You’ll get the traditional Puzzle & Dragons experience with Z, as well as a Super Mario Bros.-centric romp. But even the former feels like it was severely influenced by Nintendo, which is definitely a good thing. In the world of Z, Dragon Tamers roam the land in search of adventure, much like Pokémon Trainers. Hell, it even has the option to choose between a male and female protagonist, and the story starts off in your house with a conversation with your mom.

It gets even more on the nose from there with a “D-Gear” instead of a Pokédex, and the presentation of red, blue, and green monsters as your first party members. Truth be told, despite how familiar this setup is, and how much the generic story drags at times, it’s far more endearing than the gambling nature of the free-to-play mobile game.

The events of the story are set in motion by a massive earthquake from the evil organization Team Rocket Paradox, but the world is more captivating than the actual characters or events involved — odds are you’ll be skipping a lot of dialogue. Thankfully, the creature designs in Puzzle & Dragons are interesting to fight and discover, as they look wholly unique, and even while battling static monsters with just a few animations on-screen the game still has a ton of charm. If you do happen to dig the story though, you’ll quickly suffer a degree of disappointment, as it takes a backseat in favor of dungeon crawling and constant battling.

Remember, the core principle is to match three orbs on a grid to damage your enemies. You’ll drag and drop them on the bottom screen using your stylus, and said orbs will initiate attacks based on elements that you match. So for instance, a simple activation of three fire orbs will kick off a small fire attack from your appropriate party members, but a huge combo of red and blue will see a stronger counter from multiple party members. Matching more than three will also queue up more devastating attacks, and so on — you’ve seen this before.

Puzzle & Dragons does have a few nuances in place to differentiate itself though, like an active time gauge to keep you on your toes (allowing you to create combos while you’re at it), the ability to target specific enemies with the D-pad, and a rock-paper-scissors mechanic with the elements involved. It also has a light amount of party building, as the best way to succeed is to diversify your setup to allow the most coverage in terms of orb attacks.

Each character also has a super that can be used every so often, like a direct-damage power or an ability to change up colors of specific orbs. It’s not incredibly deep, but there’s some meat to it, especially when you pick up more characters and start making decisions on who to use, as well as who to upgrade, and who to sacrifice to make existing party members stronger.

As it turns out, the Super Mario Bros. portion of the game is fairly remedial. If you’ve never played a match-three before or have children, you’ll want to play this one first. It has the same basic gameplay, but with a new “story” that involves Mario and the rest of the Mushroom Kingdom, including the lovable Koopa Kids. As usual the plot is fast-tracked here, with Bowser once again capturing Peach due to the power of “mysterious orbs” from the P & D franchise. That swift pace carries on throughout the experience, and it’s rather jarring to go from the sprawling Z to this.

Remedial as it may be, it has some challenging spots, and it’s still worth playing if you dig puzzle games. The thrill of building a party is still present, and although the world isn’t all that engaging (it feels as lifeless as the first “New” game on DS), most Nintendo fans won’t pass up the chance to fight and capture classic characters like Goombas or Piranha Plants. It’s disappointing that the Mario part isn’t as fleshed out, but it’s more excusable when you add in the fact that the core Z experience is worth the price of entry alone.

Puzzle & Dragons Z + Puzzle & Dragons: Super Mario Bros. Edition isn’t likely to wow anyone, but it’s a pretty comprehensive package that would make a great gift to any match-three addict.