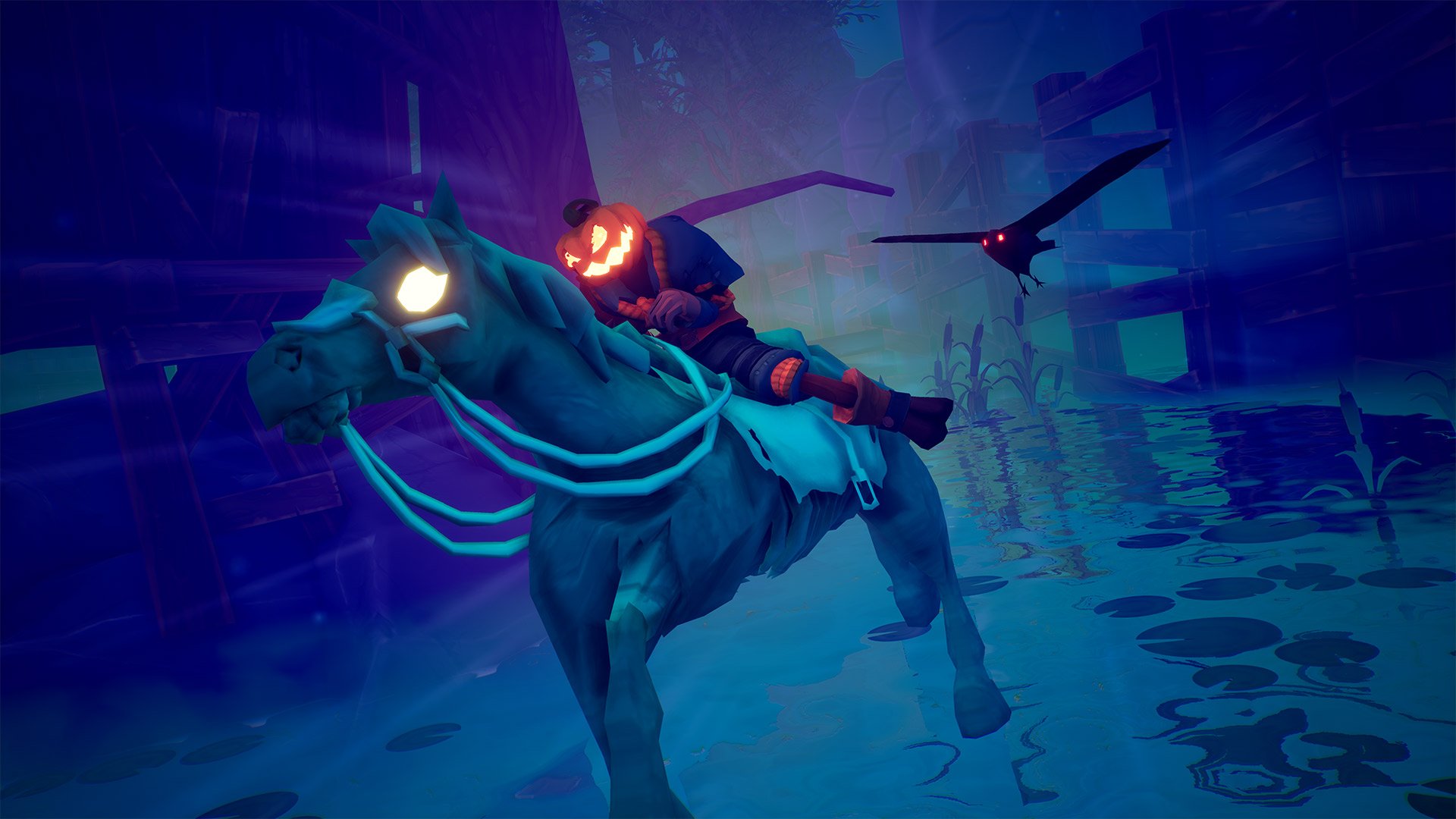 Jack be nimble, Jack’s a dick

These are all subheaders I was itching to use in the event that Pumpkin Jack turned out bad. Unfortunate for my anticipatory pun production, Pumpkin Jack isn’t bad. It’s not great, but it’s definitely more treats than tricks.

Pumpkin Jack immediately passes the sniff test. It’s a seasonal mascot platformer, the sort of thing that you look at once and know you want to play. It’s dripping with style, each of the six levels uniquely Halloween-themed in its own aesthetical way. Well, except one level isn’t really Halloween-themed but that’s probably a spoiler, so I digress.

Mechanically, Pumpkin Jack feels as though it’s evenly split between platforming and action combat. The former is surprisingly fluid as the eponymous Pumpkin Jack has a double jump that lends a lot of air control to maneuvering the protagonist. In a game with a ton of chasms where missed jumps result in instant death, Pumpkin Jack won’t leave you feeling like too many failures were cheap and out of your hands. That’s about the most you can ask from a 3D platformer.

The fighting doesn’t get as high of marks. Pumpkin Jack‘s combat wants to be a combo-based Darksiders-kinda thrill, but it’s much shallower than that. Enemies suck up a bunch of damage, but you’re capable of withstanding more. A good number of baddies are on-screen at once, but their tendency to crowd together (except for a few range-based types) means that your wide-radius blows take them all out the same. Every new stage comes with a new weapon type, an obvious attempt at livening things up. It doesn’t help much. Combat is mostly just an exercise in spamming attack until everything’s dead.

That’s why Pumpkin Jack excels when it wants you to solve puzzles, platform, and explore. There are 21 collectibles in each level and you know I found each and every one. It’s a joy combing every inch of this world. However, when those combat sequences pop up, you usually can’t wait to get through them.

Somehow, that’s not all there is to Pumpkin Jack. Every level also features at least one on-rails setpiece, a boss fight, and some sidequest-like diversions. Pumpkin Jack can rip his head off and make it crawl around like a spider. These sections are for mini-games that don’t necessarily fit into the context of the larger game. For instance, sometimes the head has to play whack-a-mole to open the path forward. Other times, it has to match up names on gravestones in a Concentration clone. It’s all honestly way more than you’d expect.

All of this is in service of a narrative that isn’t very engaging. Pumpkin Jack is commissioned by the Devil to take out a wizard who’s trying to do right by humanity. What follows is a game-long pursuit of that goal. There are a few twists, but this eight-hour game doesn’t have a story that really ebbs and flows. It stays pretty static and that makes it largely forgettable — even in the moment-to-moment of actually playing it.

It’s to Pumpkin Jack‘s credit that something kept pulling me along. I didn’t care so much that the story felt insubstantial or that the combat was a slog. I was more interested in leaping across this fantastic Halloween world and seeing what secrets it hid. I wanted to find out what weird mini-games were just around the corner.

When you go trick-or-treating, you don’t come back 100 percent with candy you love. There’s some bleh stuff mixed in, stuff that you put up with to get to the candy you can’t wait to eat. That’s a perfect analog for Pumpkin Jack. You’ll push past parts of it because this mascot platformer has some really great qualities. And, when viewed as a whole, a bucket full of candy ain’t so bad.