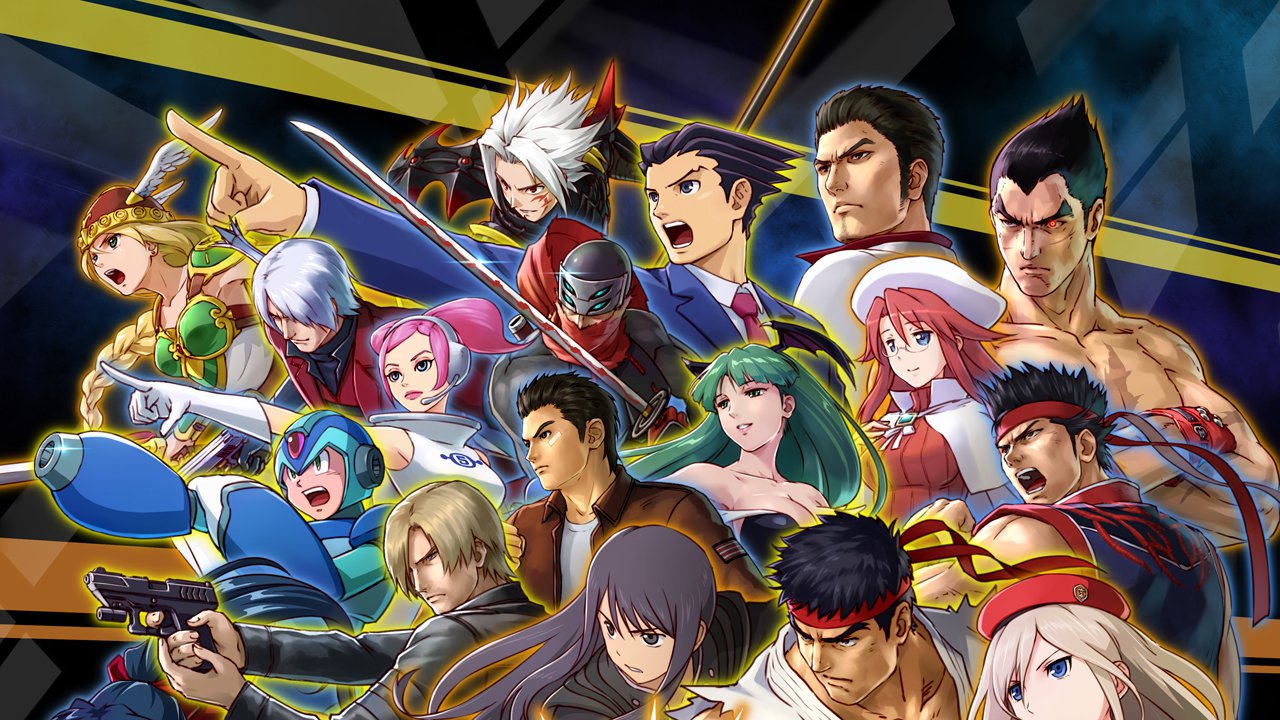 You must play Sega Saturn!

It is closing in on four o’clock in the morning. My eyes are bloodshot, struggling to stay open. I have to go to work in five hours. I look like death, my face pale as grocery-size bags blacken the skin under my eyes.

I haven’t been sleeping well over the last week because I’ve been staying up every night playing Project X Zone 2. And I know as I sit in my office tomorrow, downing an entire six-pack of 5-Hour Energy in a feeble effort to not fall asleep during rush-hour traffic, one thought will be with me:

It was totally worth it. 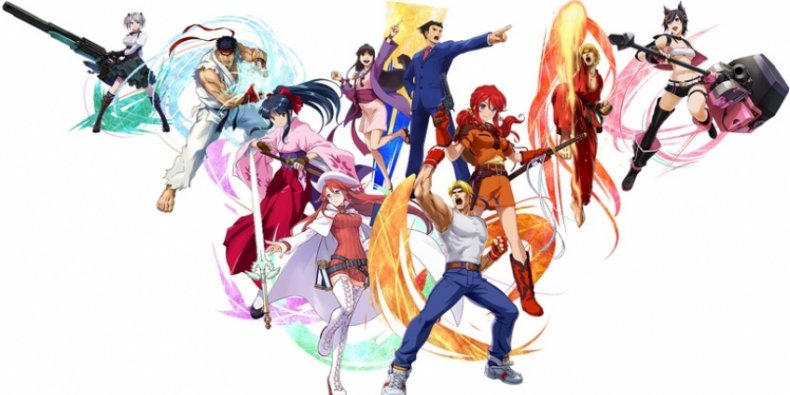 If I were to describe Project X Zone 2 to somebody who has never heard of the title, the best way I could do that would be to say it’s like playing an anime. Not one of those current shows where crap actually happens, but a mid-’90s anime where two characters would spend 22 minutes building up their power while supporting characters updated the audience on everything that has happened up until this point. It was a lot to make it through one of those episodes, but when the action finally took place in next week’s exciting episode, it was well worth the wait. That’s what this game is: exciting action sandwiched between a shitload of exposition.

The exciting action in this case is the stylized combat that takes place on the game map. Project X Zone 2 is a tactical role-playing game that has pairs of characters moving around the grid to eliminate all of the enemies. Position your character near a bad guy to begin the combat sequence, which is a series of combos that you need to link up for maximum damage. Players are limited to just three combos per turn, but you can increase that if you have a third character assigned to your team and/or you attack while situated near another duo.

Cross Hits, the synchronized attacks between characters, are more difficult to pull off this time. They freeze the enemy in place, allowing for a more coordinated attack, but there are many attacks that can break them and screw up your combo. Unlike the previous game, just sending all of your characters out at once is not the way to do it. Now, you have to know how your characters attack and when they use their most powerful moves.

New to this game are Charge Bonuses and Mirage Cancels. Charge Bonuses are earned each turn you don’t use an attack. Each unused attacked becomes more powerful and gains you more XP during your next turn. Early on, you’re able to “game” the system a bit by using the same attack over and over again, thus always having a charged attack at the ready. Attacks now display if they are more likely to poison, stun, fall, or break a shield; so as you advance and unlock more combos you’ll find yourself carefully strategizing about which attacks to use and which ones to save. Charge Bonuses are extremely useful.

Mirage Cancels, on the other hand, are useless. As you attack, you build up XP which is shared among your team. When you hit 100 XP, you can use a Mirage Cancel, which slows down time, stops the combo you are in, and gives you another attack. This is supposed to be useful if the enemy you’re fighting won’t be killed by your current combo and an extra few hits from an additional attack will do the trick. However, Mirage Cancels cost 100 XP, as do your special attacks. Those wondrously animated attack sequences do way more damage than Mirage Cancels and use just as much XP. Yes, you can make your Mirage Cancel cost slightly less, but I never used the feature outside of a few experiments with it.

Additional, much-appreciated changes include no longer needing XP to use blocks and countering, and separating player and enemy movements. I had now idea how such a small change could make that big of an impact but it makes the game move at a much more enjoyable pace. Unfortunately, the actual tactical portion of this tactical RPG still needs some work.

Each chapter unfolds like so: there’s a small story section, then action, then more story as new characters are introduced, then more action and, as you get towards the later chapters, more stories and more action. This means you’ll often have your characters moving in one direction, only to then have to turn half of them around because a new villain hit the scene right where you started out. I also found several maps that were just poorly planned out. For instance, one map warns you not to go near a dangerous object, but you will most likely never even get close to it because all of the enemies will be defeated before you are halfway there.

Rules of the map also don’t always apply to the enemies. Traps, such as poison and stun squares, can hurt player and enemy alike, but there are other obstacles that can only hurt you. This is never really explained, and on one specific stage, doesn’t make any sense in the game’s universe.

The object of most chapters is to just kill anything you don’t control. There are a few instances of alternate objectives that will test how well you know your characters, specifically which ones have the longest range of movement. Both game-over screens I saw occurred not because all of my players were defeated, but because I didn’t know which of my guys could move the greatest distance in the shortest amount of time. 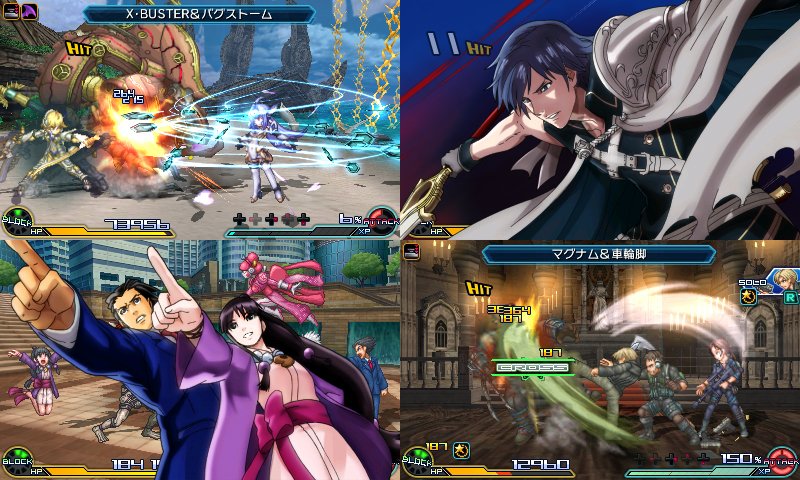 The story of Project X Zone 2 begins a couple of years after the last one ended. Gone are protagonists Mii and Kogoro; instead, you’ll be playing as Reiji Arisu and Xiaomu from the Japan-only PS2 title Namco x Capcom. Gold chains have popped up in several different dimensions and it’s up to the duo to assemble a team of heroes and anti-heroes from Capcom, Sega, and Bandai Namco to figure out what it all means, and what series villains Saya and the agents of Ouma have to do with it.

Characters are a mix of new and old, and those who are returning may be paired up with a different partner this go around. While I initially thought Fire Emblem: Awakening‘s Chrom and Lucina would be my favorite new pair, it was actually Kazuma Kiryu and Goro Majima from the Yakuza series who wound up at the top of my list. The pair is wildly entertaining to watch in their attacks (Majima with his chainsaw looks absolutely deadly) and were just as entertaining outside of combat. As for enemies, the sure-to-be-divisive Sheath stuck out as my favorite. Here is a character who is from the US, but speaks in broken Japanese. This of course is translated back into broken English for the player, with the result being something along the lines of a very offensive stereotype of Asian people.

Unlike the last game, the story is told in a fairly straightforward manner. Even when you are crossing space and time, it never loses you. The plot is a slow burn, with twists and revelations unveiled at a snail’s pace over the game’s 41 chapters and prologue stages. In addition to the main story, you also have side-stories that are unraveled at an equally slow pace, with many of them not wrapping up until the last two chapters.

Thankfully, the script is highly enjoyable. It’s clear whoever wrote this was having fun with their job. If you enjoy reference humor, you’ll get a kick out of this game. And I’m not just talking about video game references like Mario jumping off Yoshi to clear a chasm or Captain N: The Game Master (both of which cracked me up). With nods to Star Wars and various manga titles, this script is for the geekiest of pop-culture nerds. Every character has dialog written in a way that is clearly their own voice and that is something worth noting in a game with more than 50 characters who all have to stand out in every single chapter.

Chapters average out to around an hour and fifteen minutes, with only the final chapter pushing two hours. One playthrough of the game runs just under 50 hours. After you beat it, there is a New Game+ mode that brings over all of your money, weapons, and Customize Points. This is also where you’ll be able to access challenge maps during the intermissions. The game has DLC for sale, however it wasn’t made available during my playthrough.

Project X Zone 2 succeeds by following the simple sequel formula that many developers seem to ignore: use what worked with the first game and try to fix everything that didn’t. This is flat out a better game than its predecessor. It’s better paced, the action is more eye-catching, and the story is told in such a way that you don’t have to be familiar with the properties covered to enjoy it. Plus it has Segata Sanshiro and his amazing Sega Saturn. Let’s see those losers in Hoshido and Nohr try and match that.