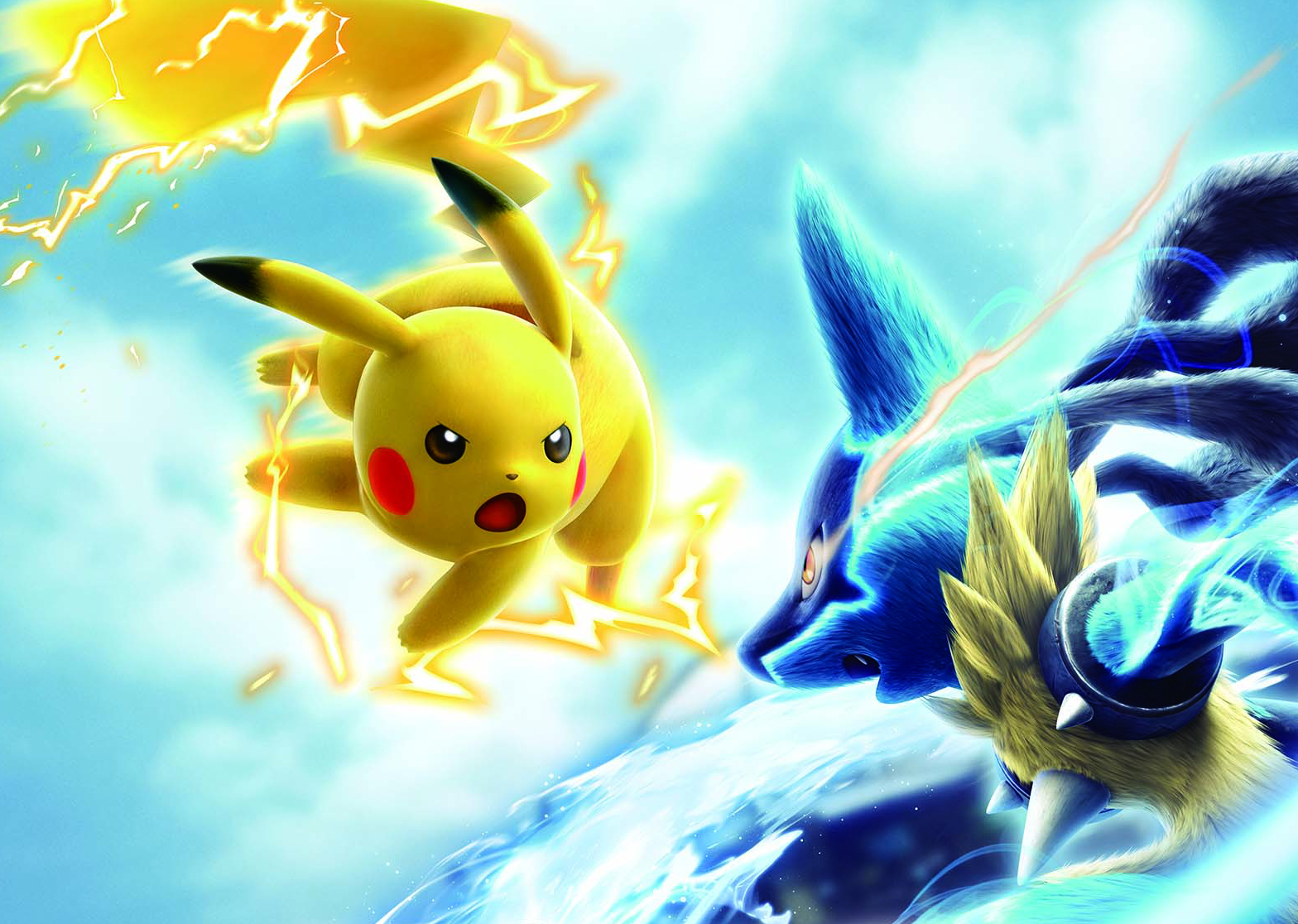 When I first heard of the existence of Pokkén Tournament, I wasn’t completely sold. That is, until I actually played it in Japan. At that point, I couldn’t wait to get my hands on it again.

Having spent nearly two weeks with it on Wii U I’m basically of the same opinion when it comes to its core fighting systems, but my enthusiasm did die down a bit over time due to a few console-centric issues.

Pokkén is a strangely deep fighter that grew on me over time. Sporting three different attack buttons, as well as a jump, a block, and a support button, there’s plenty to play around with. The supports in particular have ties to the Marvel series, with the option to customize your loadout to spring anti-air attacks, or combo-inducing hit confirms. The best part? There’s a full training mode that goes over the basics, as well as combo training specific to each character. Plus, an optional adviser helps coach newer players between rounds with small little pointers, like which support to take against each opponent. It may have a high skill ceiling, but it’s accommodating.

Each character has a distinct look and feel, with significantly different play styles that are immediately apparent. For example, Pikachu feels super zippy and vulnerable, but Machamp is a hulking bruiser with strong, deliberate attacks, and armor. Then you have the technical characters like Gengar, who try to fool opponents with mixups and teleportation attacks, and fighters that have a strong keepaway and ranged game like Chandelure and Suicune. Despite the fact that there are 16 fighters, I can’t help but feel like there should be more.

Although they operate differently, two are clones aesthetically (Pikachu Libre and Shadow Mewtwo), which is a letdown in and of itself. There’s also an uneven mix in terms of representation, with barely any Gold & Silver era ‘mon at all, and the team seemingly focused on making most of them “formidable” or “aggressive” Pokémon, so the tiny Pikachu sticks out like a sore thumb. To an extent there’s nothing you can really do to satisfy the crowd in this department (someone is going to be disappointed their favorite isn’t in), but I do wish there were more drastically different characters, specifically some of the smaller creatures the series has to offer. It technically has the same roster as, say, Street Fighter V, but it’s not nearly as varied.

The engine takes a while to get used to, mostly because of the unique camera perspectives. Pokkén is a 3D fighter that takes place on a circular plane, with constantly shifting camera angles. The first type is the “field” camera, with a wider view, which focuses on ranged attacks. Specific combos or abilities in melee range will cue the “duel” phase, which shifts to a closer view, boosting the initiating player’s synergy gauge (super meter, basically). Initially I didn’t even notice it, but after playing through the tutorial, it really started to come into focus. Certain characters who prefer a long range skirmish will generally want to avoid the duel phase, and other more rushdown-centric fighters will relish it.

I’m mixed on the mechanic, mostly because of how washed out the visuals are on Wii U (which surprised me) and how awkward some of the transitions feel, especially on the GamePad. While the levels themselves are endearing, with plenty of cute characters doing silly things (like chasing humans around the perimeter of the map, or exercising in absurd ways in a gym), they look dull all around, with drab colors dotting the landscape and a lack of detail for most character models. I was surprised at how it looked overall given the sharpness of the arcade edition, and although the framerate is mostly stable, I did notice some dips (especially in multiplayer).

If you’re tired of fighters that have a bare bones level of content, Pokkén is a great respite. The entire “Ferrum League” campaign is built around a replay factor, and reminds me of some of the great retro fighters of old. There’s actually four leagues in all to play through, which provide these sort of fake “ranks” and matchups against CPU opponents, giving you the illusion of playing through a real tournament. Although Pokkén doesn’t really have a full story in tow per se, there’s a big final boss showdown and everything, and a sense of tangible progression. 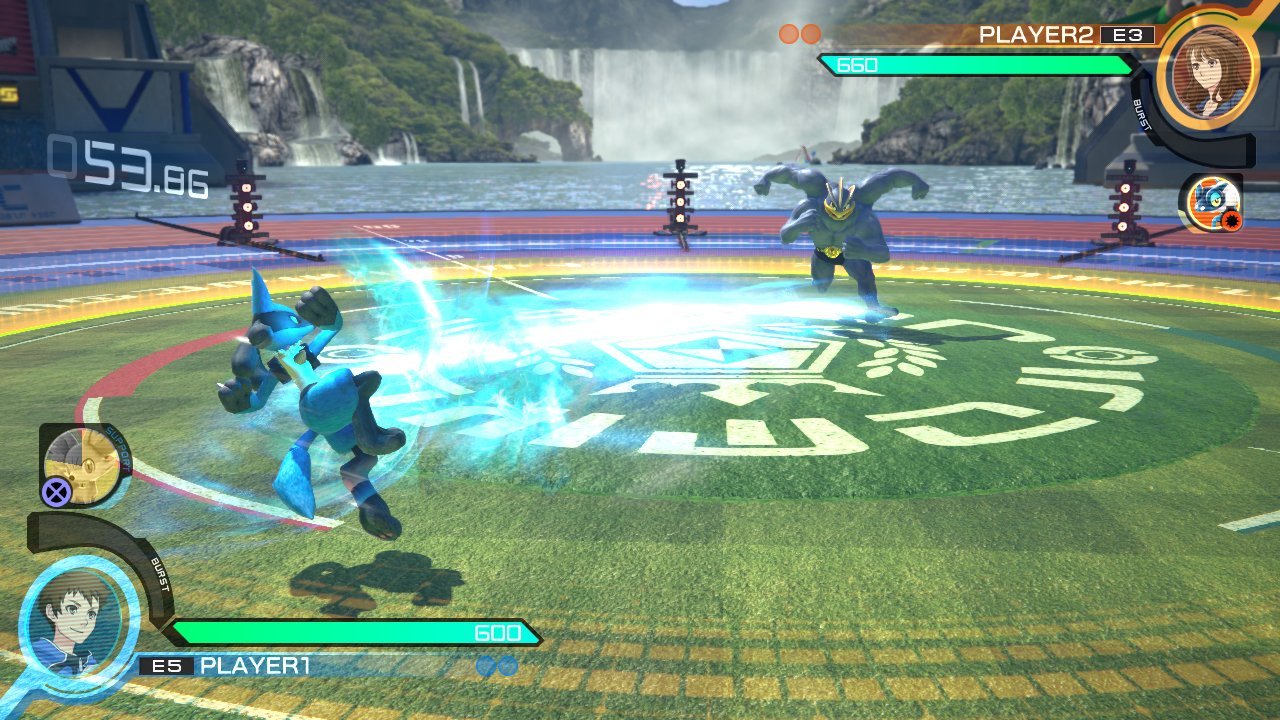 There’s also literally hundreds of things to unlock, as well as a full currency system that always makes it feel like you’re earning something. I’m talking new titles, avatar items, new supports, stat upgrades, and even several extra characters. I spent days on end playing the Ferrum mode and still felt like there was plenty to do. Players can also use up to five amiibo per day to expedite the process.

Of course, Pokkén supports local play, just like any ol’ fighter, which works like a charm, placing one player’s camera on the TV screen, and the other on the GamePad. It does work for the most part, but I found that my neck was strained after a few hours of play on the latter, and that the colors look even more draining on the tiny screen, so I recommend switching between them at certain intervals with a friend. I also had a chance to test out online play for several matches, and everything seemed to be relatively lag free — we’ll provide updates if this changes after release. For reference, I did not get to test out the new Pokkén controller yet.

Pokkén Tournament is more than meets the eye, and it would be foolish to judge it just based on the Pokémon name alone. Bandai Namco has crafted a deep brawler that deserves to be up there with a lot of the competition, but some logistical issues specific to the Wii U hold the game back a bit more than I’d like.