Court is back in session

Previous entries in the Ace Attorney series never examined the legal system beyond surface commentary. Apollo Justice came close when it examined the idea and consequences of a jurist system (something Japan was about to re-implement at the time, and an idea disappointingly dropped completely from this installment), and Justice for All posed an ethical dilemma in its final case when Phoenix discovered his client was actually guilty (although the solution to that dilemma was a cop-out). However, these themes and ideas were introduced in the games’ final cases, usually brought out as a surprise near the end, and touched upon only briefly.

Dual Destinies uses all five cases to discuss much broader themes that are directly relevant to the real-world legal system. Despite the inherent ridiculousness of the Phoenix Wright series’ depictions of a courtroom, with over the top witnesses, constant objections, and streamers and confetti as a verdict is announced, Dual Destinies actually raises some valid questions about the legal process and how our courtrooms work. As someone who has been involved in numerous criminal trials and has been on both sides of the courtroom in murder cases, I’ve confronted these issues head-on through my own work, and I was pleasantly surprised to see them discussed in an over-the-top fictional courtroom game.

What happens when and if the public loses trust in the legal system entirely? How do you define justice? And, most importantly, what happens when “winning” becomes more important than finding the truth? 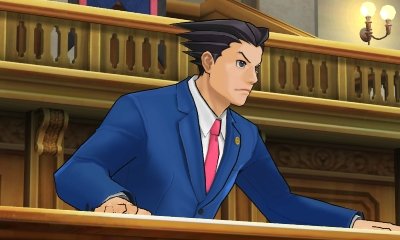 Dual Destinies takes place after the events of Apollo Justice, in a time that the game refers to (over, and over, and over) as the “Dark Age of the Law.” Shortly after Phoenix’s disbarment in the early events of Apollo Justice for unintentionally producing false evidence thanks to Kristoph, Simon Blackquill, a rising star of the prosecutor’s office, was indicted and found guilty of murder. Because of his talents, he’s still allowed to try cases while incarcerated, and is your main opponent in this installment of the series.

With two of the best attorneys on both sides of the aisle disgraced, the public loses faith in the system. Attorneys begin resorting to underhanded tactics to win cases — if Phoenix Wright was fabricating evidence to save his clients, why shouldn’t they? If defense attorneys are going to fabricate evidence, the prosecution needs to find a way to secure convictions. If the prosecution is convicting by any means necessary, defense attorneys have to fabricate evidence to defend the innocent.

It becomes a vicious cycle, and gets to the point the top legal academy in the country begins training it students to win at all costs, teaching that the ends always justify the means. It’s our own legal system taken to the extreme — while nothing in American jurisprudence is as blatant or overt as what occurs in Phoenix Wright, we’re reminded that we still live in a country where local prosecutors are often politicians looking to move up, and defense attorneys are paid to defend their client at all costs. It’s in a similar environment Dual Destinies takes place — Apollo, Phoenix, and new attorney Athena Cykes try cases, defend clients, and try to put an end to the Dark Age of the Law while sticking to their morals. 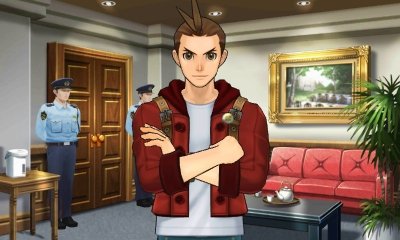 The structure of the game will be familiar to any who have played any of the previous installments. After a short, courtroom-only introductory case, the rest of the cases play out similarly — an anime cutscene introduces the murder, Phoenix, Apollo, and/or Athena show up on scene to investigate, and then present their findings in a courtroom sequence. For longer cases, an additional investigation/courtroom sequence or two are added, but the general structure remains the same.

Investigative portions play out like they always have: you move from area to area, interrogating witnesses and presenting evidence to them, gathering ammunition for court. Certain areas, usually the actual scenes of the crime, allow you to search the whole room in a point-and-click style sequence reminiscent of classic adventure games. After you’ve thoroughly searched the required areas and spoken to all of the necessary witnesses, the game moves to the courtroom phase.

There aren’t many changes to the courtroom action either, where gameplay primarily consists of the cross-examination of witnesses. As you discover contradictions in witness testimony, you present evidence to blow their statements out of the water or, when you don’t have evidence, bluff your way through the examination by selecting the appropriate responses from small dialogue prompts. It’s simple, it’s basic, and it works, just like it has in the four previous installments. 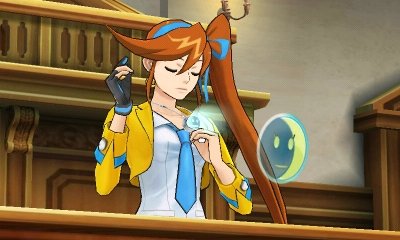 The one significant new addition to witness examination comes from Athena Cykes, who can use her robot, Widget, and her skills in analytical psychology to read the emotions of a witness as they testify. During these sequences, you listen to a witnesses testimony while monitoring their four basic emotions — joy, anger, sadness, and surprise, and look to find where their emotions (or lack thereof) don’t match the testimony they’re giving. Back on the investigative side, Apollo Justice’s bracelet, which allows you to observe a witness in slow motion to look for physical tells that show they’re lying. Phoenix’s Magatama and the Psyche-Lock system also make a relatively brief return.

On the whole, Dual Destinies is an extremely strong addition to the series, and my favorite Ace Attorney game so far. The cohesive themes and narrative tie the game’s cases together more strongly than any previous title, and I think the final case just barely beats the Case 5 of Trials and Tribulations in terms of drama and surprise. New prosecutor Simon Blackquill is a solid addition to the series, although I don’t think he can stand up to Godot or Edgeworth. 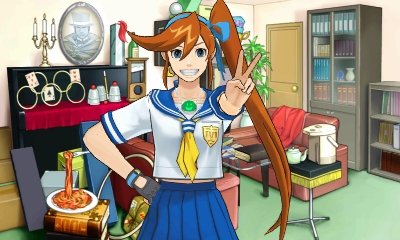 The real standout is Athena. Initially introduced as an assistant attorney, Athena’s background and her story soon become the core focus of Dual Destinies. While the Ace Attorney series frequently slips into stereotypes and caricature, particularly with witnesses, Athena makes for a unique character who’s history, motivations, behavior, and eventual story arc may be the most well rounded of any characters in the franchise.

Unfortunately, Dual Destinies still occasionally suffers from the same problem all of the previous games have had — there are times when you piece together the mystery several steps ahead of the game, and get bogged down trying to figure out what you need to do next because you can’t leap straight to your conclusion. You can’t present the decisive piece of evidence you know will break the witness too early, because the game’s script demands that you do otherwise. Similarly, events in the investigative phase often won’t trigger until one very specific piece of evidence has been shown to a certain witness, and the game isn’t always clear that this needs to happen for you to move forward. However, these incidents are relatively rare, particularly compared to the previous games, and don’t cause significant trouble beyond brief annoyances.

Finally, those who might have gotten excited upon hearing the game had received the series’ first ever M rating from the ESRB should temper their enthusiasm. Just like every other game in the Ace Attorney series, every case in Dual Destinies involves murder, but there’s nothing I’d consider overly graphic. My guess is either that the ESRB is simply inconsistent in its ratings, or the M comes from the stories of two separate witnesses who for whatever reason concerned someone at the ESRB: one witness is revealed to be a different gender than initially presented (their parents forced them to live as the opposite gender and the game leaves it at that), and another character hints at a same-sex attraction. Both issues are given cursory examination, and then the cases move forward. In any event, aside from the murder present in every game in the series, there’s nothing here that’s inappropriate for teenagers under 17. 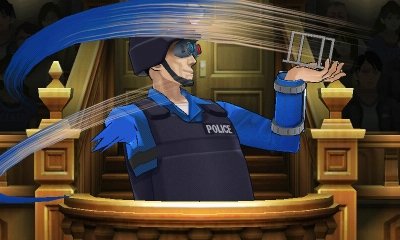 However, even though it’s not a new, gritty, ultra-violent courtroom drama, Dual Destinies delivers exactly what I wanted from a new Ace Attorney game. Interesting new cases, great new characters, lots of twists and surprises, and what is ultimately an excellent work of interactive fiction. Topped off with beautiful 3D animations, an unsurprisingly excellent soundtrack, and some great anime sequences that highlight major moments in each case, Dual Destinies is not to be missed.