Kick! Punch! It’s all in the mind

Beloved PaRappa the Rapper — the game credited with birthing the rhythm game genre — has kicked and punched its way to the PS4 for its 20th anniversary. A vestige of its time, PaRappa represents a colorfully wacky, beanie-wearing, rap-happy teenage life that virtually every ‘90s kid identifies with.

Parappa’s comeback to the PS4 leaves this rhythm time capsule fairly untouched save for updated crisp graphics and digitally remastered sounds. This is somehow all at once perfect, or terrible, depending on how you look at it. 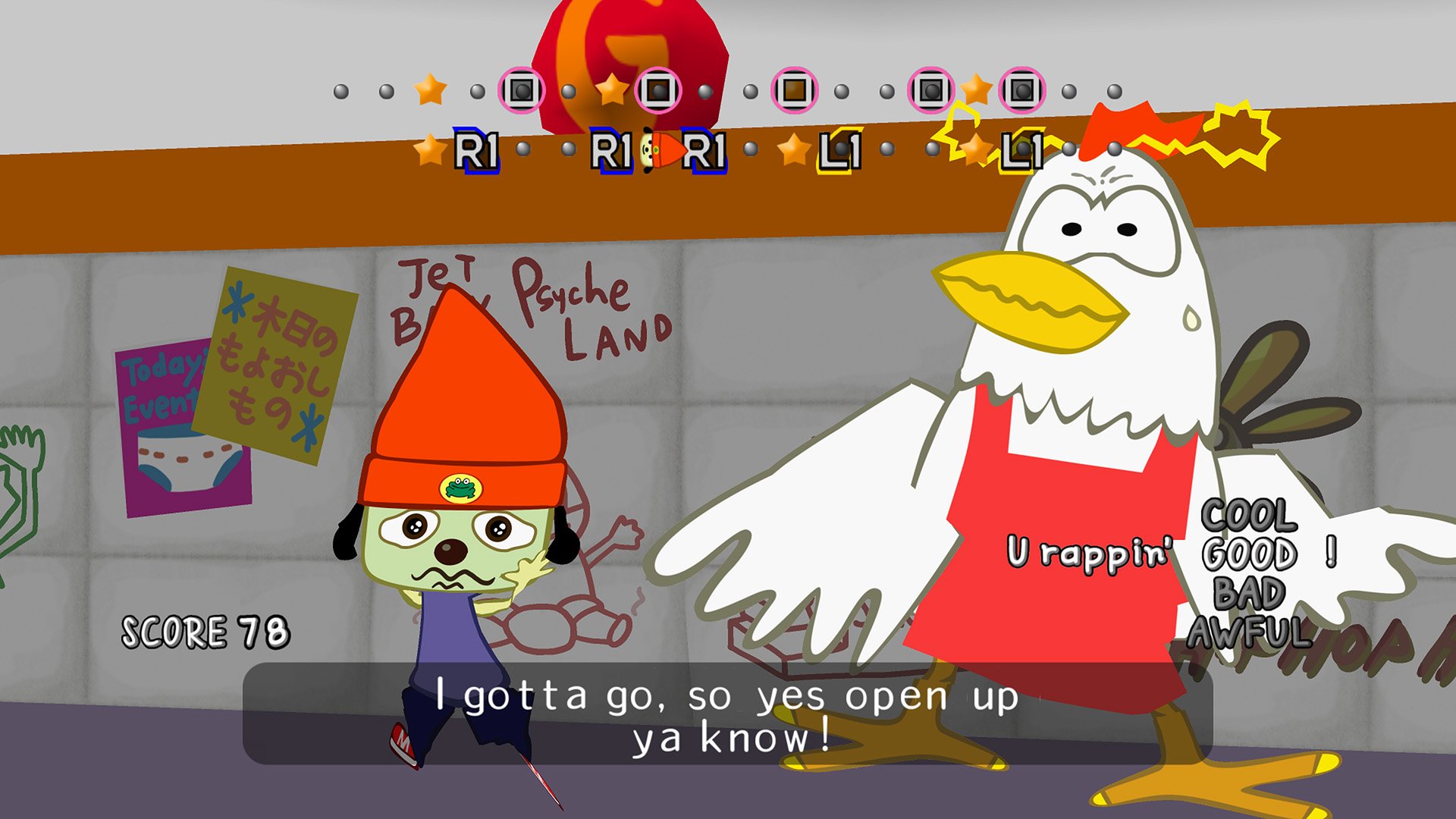 Let’s start with the good. PaRappa’s original story is charmingly inane, but that’s why we love it, and why fans will fall in love again with its 2D paper-like characters. The remastered graphics bring PaRappa and his eclectic friends to life, literally making them look like they’re about to pop off the screen. The music is cleaned up, crisp, and still surprisingly good despite the silliness of the material.

Other new touches include a “help” section that contains some biographical information on the creators and also acts as an in-game manual. Add-on songs are also present, which allow the player to select different background songs to the raps in each level. This was a delightful surprise to me, since I thought these forever died when the PSP Store was taken down. 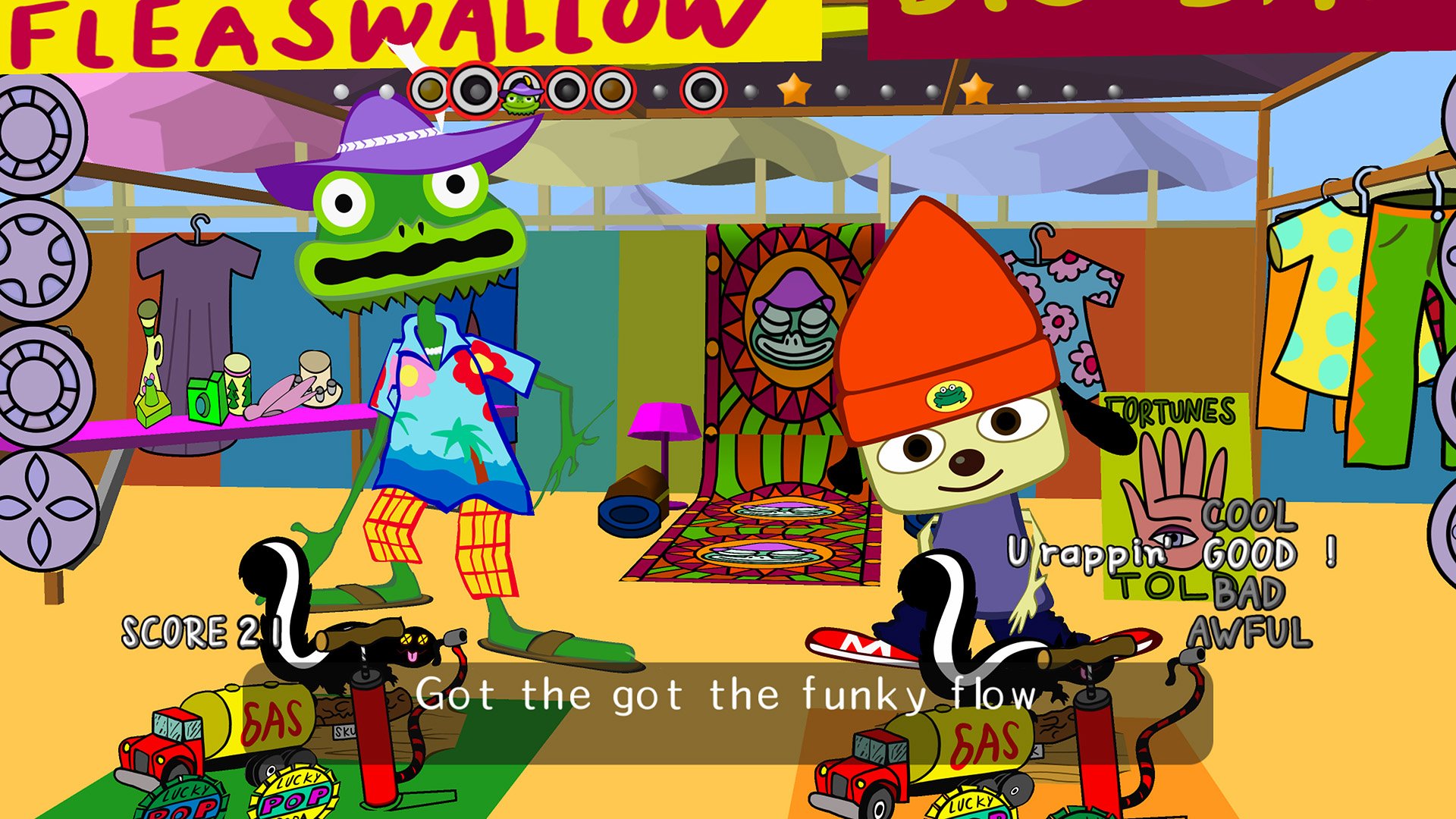 Unfortunately, this is where the believing ends. Despite the crisp graphics, the game itself feels very old, partly because, well, this is pretty much the first rhythm game ever created and we’ve since been spoiled with new advancements. However, more importantly, the remastered version does not include a calibration setting. This works very much against PaRappa’s favor as there’s an extremely noticeable lag throughout each of the levels, causing havoc when trying to hit the notes on time. 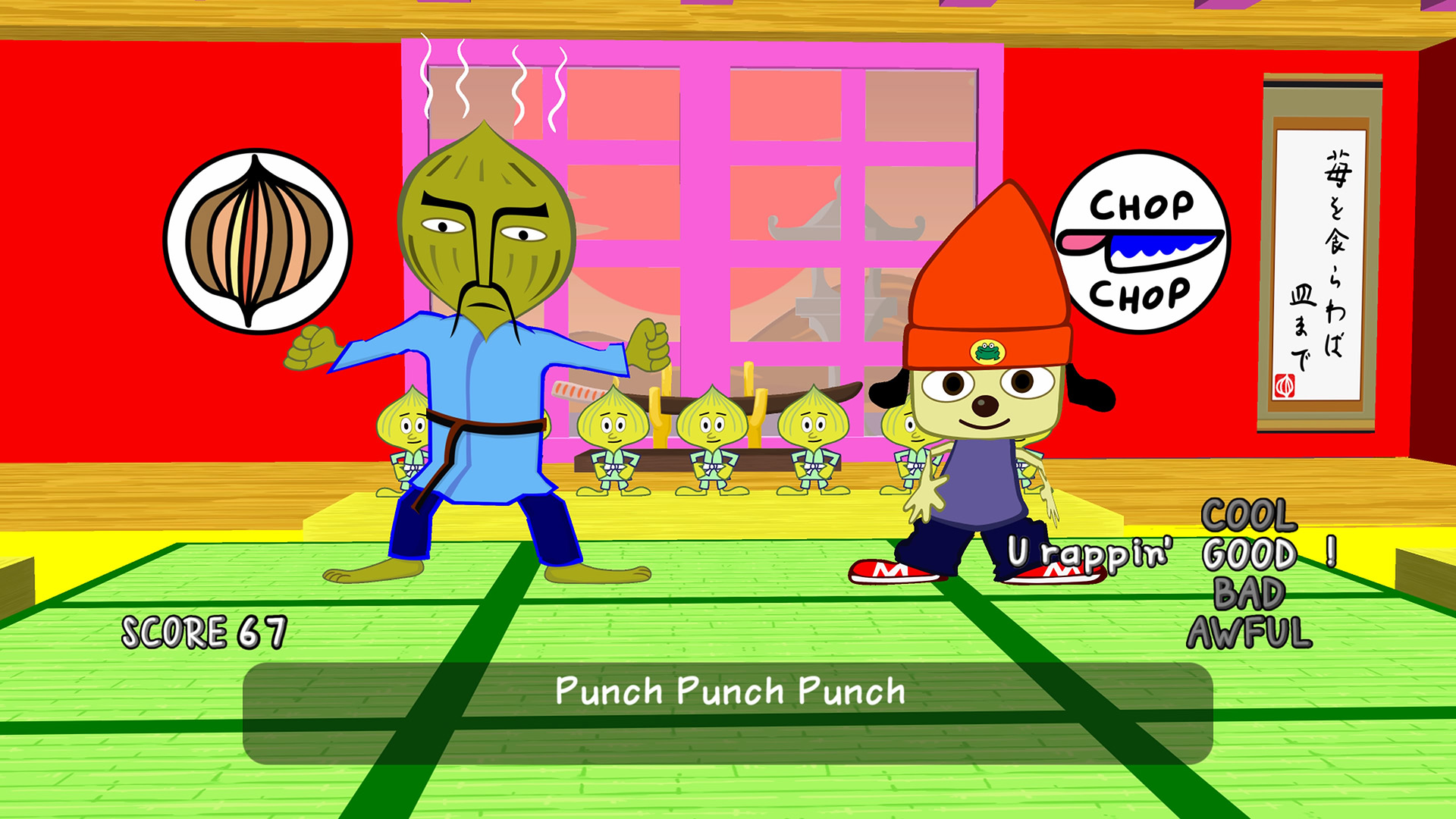 It was bad enough that despite my efforts to recalibrate my brain and timing to match the lag, I still couldn’t make it past the fourth level. Eventually it got to the point where I had to physically recalibrate my home theater system to make up for the timing difference so I could finish the game. It was a bit of an antiquated, not-so-charming side effect of an old rhythm game that I wish could have been solved through something like an A/V calibration setting.

Speaking of old systems, although I enjoyed looking at the original old-school PaRappa menus, I imagine the interface may be just as confusing to new players as phone booths are to teenagers nowadays. The in-game menu layout is practically completely unchanged, which means that because there are even more options in the remastered version, there’s a weird convoluted labyrinth of options to navigate. 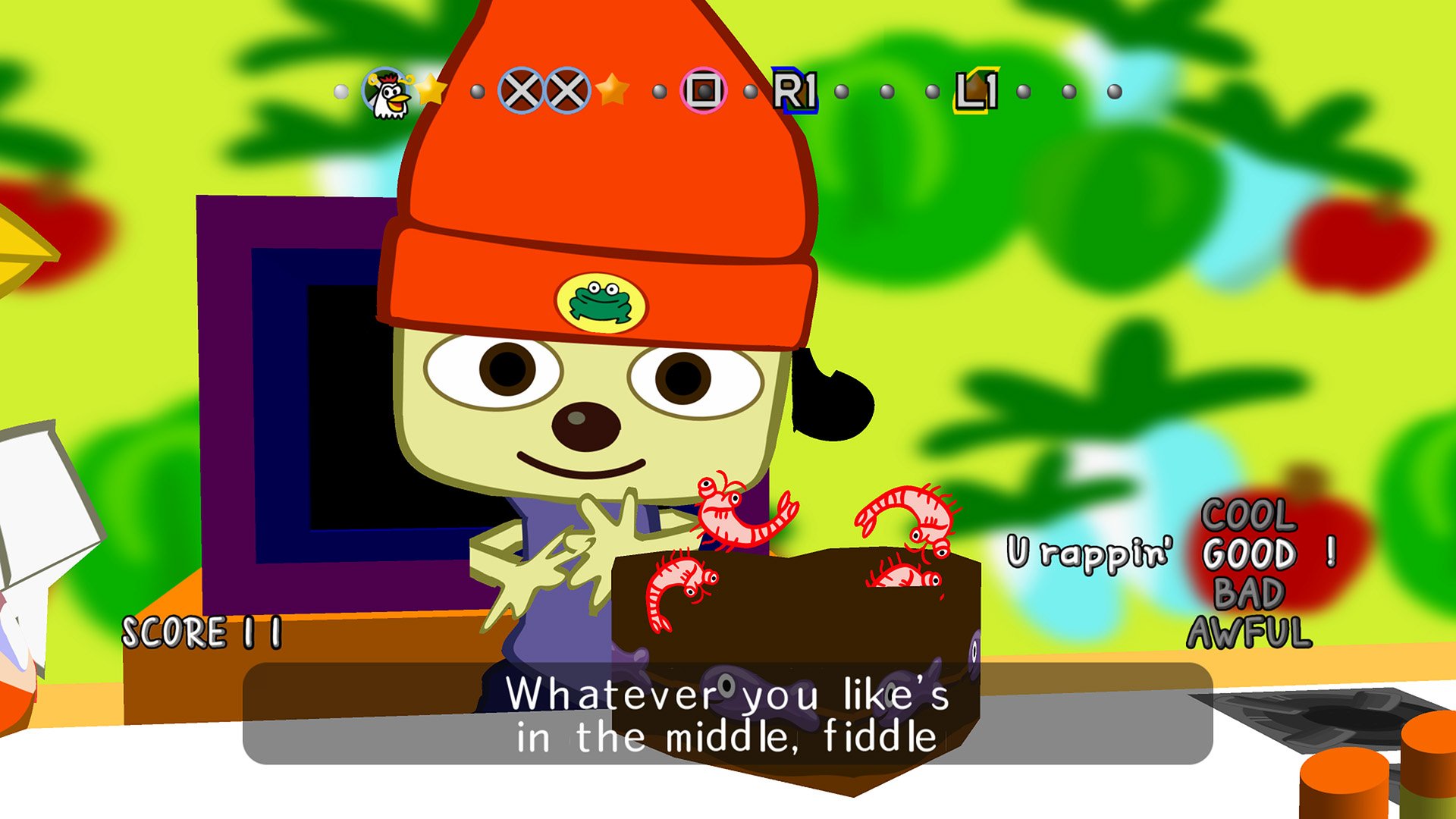 As much as I love PaRappa and his quest to find love with Sunny Funny, the experience was significantly marred with the visible lag and the lack of calibration options. For a remastered rhythm game, this is practically a must-have given calibration difficulties with modern televisions. I still enjoyed my time with the updated, clean-looking PaRappa, but I might just go back to playing the PSP version if I got the funky flow…