That would be my review of Overlord: Fellowship of Evil if one word reviews were passable, but since that isn’t the case I guess I’ll give you all a few paragraphs describing shit.

Are you one of the few people who remember the Overlord series with fondness? Then stop reading now and forget this game ever existed, you’ll be better off having never played it. 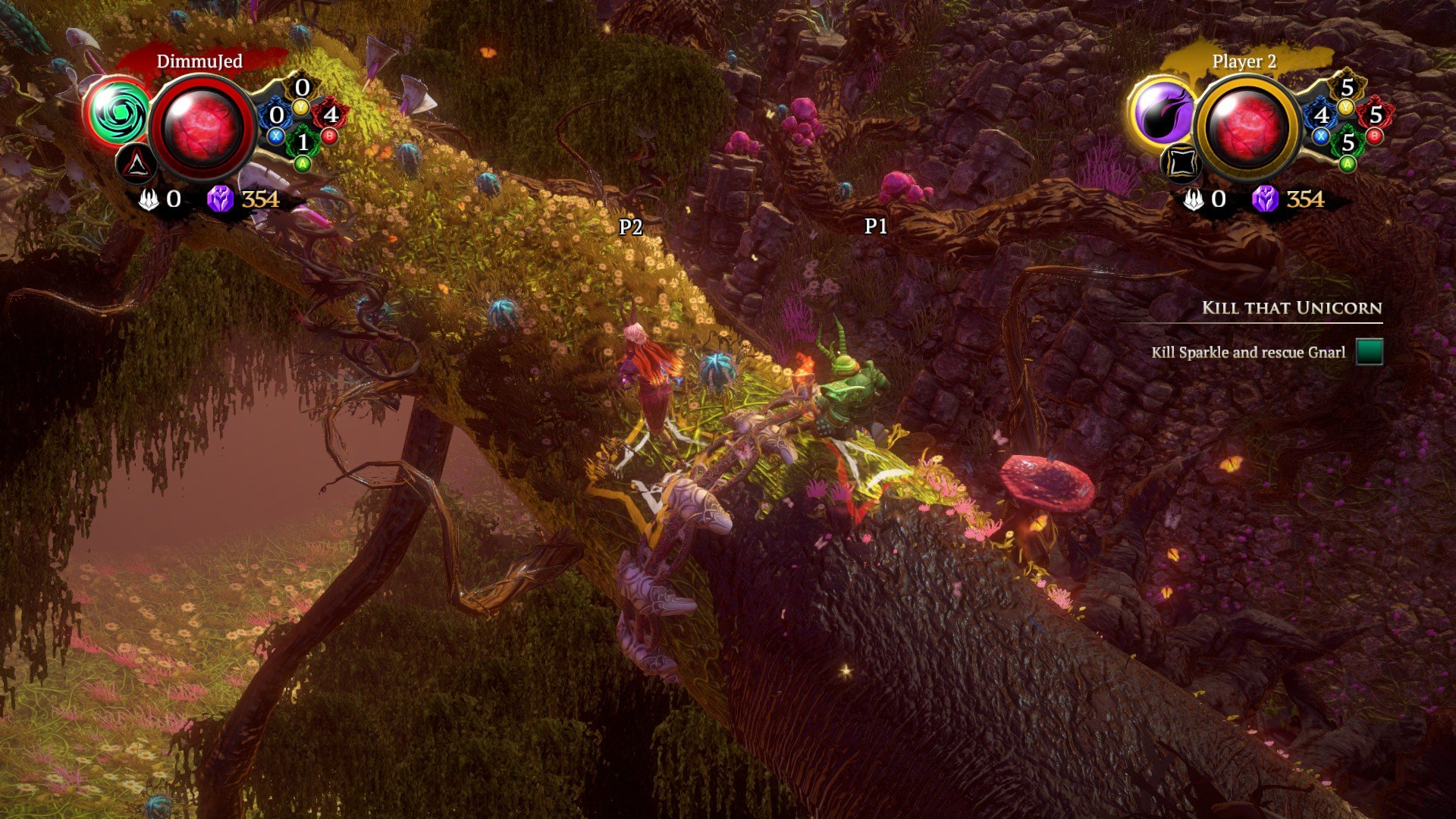 When Codemasters announced it was making another Overlord game, it was met with excitement. That is, until people saw the gameplay; a top-down hack and slash Diablo-like.

After having played the full seven-hour campaign, I can tell you if you were expecting a bad Diablo clone, you weren’t far off. The combat feels like a combination of Diablo and the Gauntlet series: mindless button mashing and killing lots of enemies. Let me stress that when I say mindless, I mean mindless; there were times I could literally feel myself looking away from the screen and staring at the beige walls in my lackluster apartment while I instinctively mashed the attack button, not a thought going through my mind. I’ve played lots of dull games in my day, but this one takes the cake and takes a giant dump on it, then throws it into a dumpster half filled with water, trash, and drowned rats.

While that description may make it sound interesting, I assure you this is one train wreck you won’t want to go near, or even look at. Fellowship of Evil‘s visual style reminds me a lot of early Unreal Engine 3 games, as the game is mostly shades of brown, red, blue, and gray. There are only a few different locales you’ll visit, and only one single level was easy on the eyes, which is the very last level that somehow bursts with color.

Aside from trudging through long, ugly levels with snooze-fest combat, there are puzzles to complete, if you can call them that. Is it really a puzzle if the answer is mere feet away, or if the camera obnoxiously pans to the next step in the puzzle as if  you couldn’t have just figured it out yourself? These sorry excuse for brain teasers have you stepping on switches in a certain order or sending the correct colored minion through colorful fire to step on a switch to open the gate to the next area, just so you can continue mindlessly beating swarms of the same few enemies, over and over and over.

Since this is supposed to be a co-op RPG, up to four people can suffer through this monotony together, gathering loot after each wave of enemies is destroyed throughout levels. Instead of having loot drop from enemies, Codemasters decided to spawn tons of breakable chests that explode, throwing various forms of currency in all directions. The first time this happens I couldn’t help but feel excited, but after seeing it over 50 times I couldn’t be bothered to care. Each form of loot can be used to upgrade your character and minions, as well as purchasing new weapons; none of which are needed. Every character feels very overpowered and upgrades only make them more so, so there ends up being very little challenge by the end.

Minions can be used for combat, but seem to serve little purpose other than distracting enemies, which isn’t really necessary since they can easily be stun locked just by chipping away at them until they are dead. Some boss fights require minions, but use the same colored fire gimmick as the puzzles, and are just as mindlessly dull. 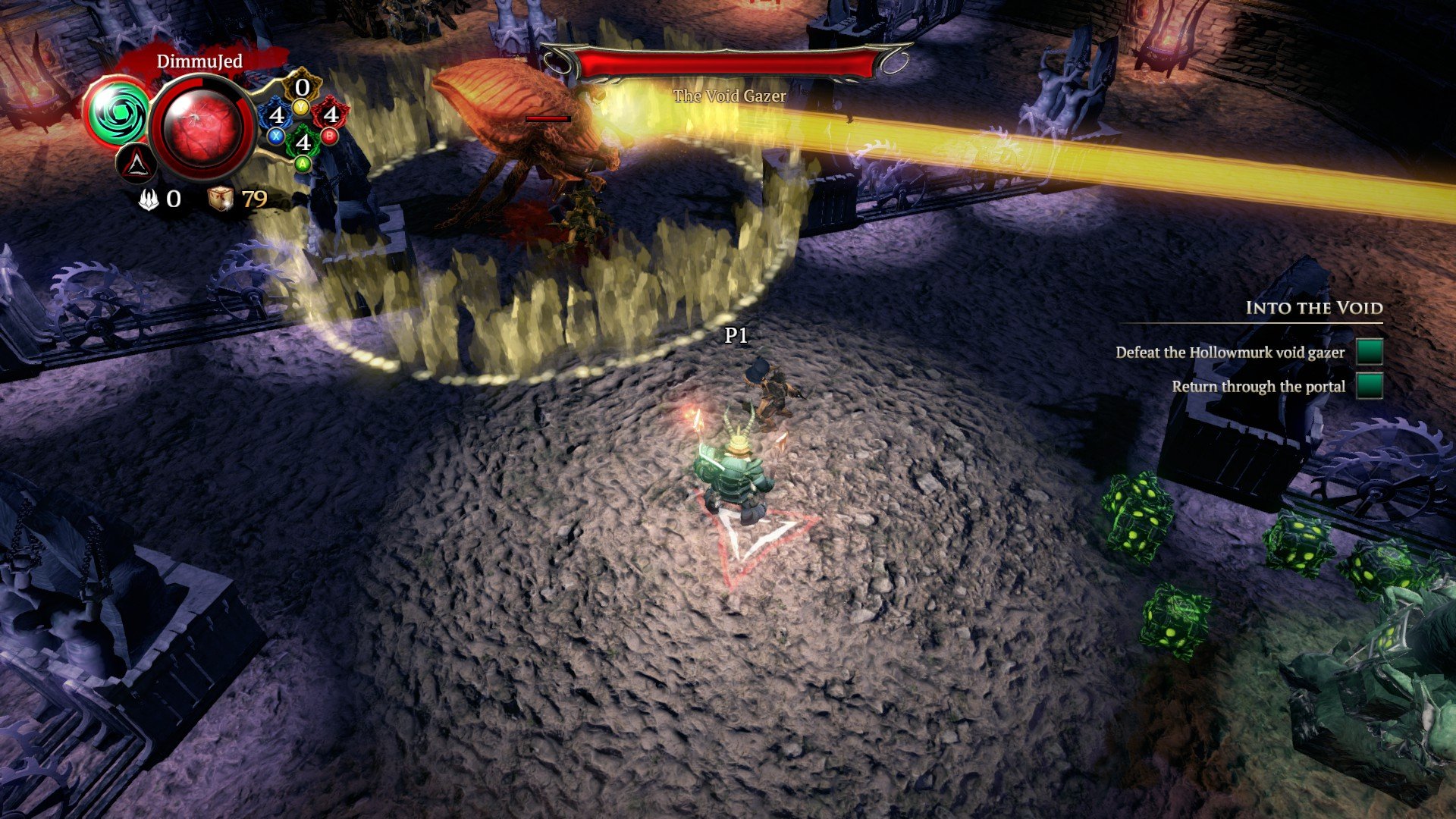 Not only is this sorry excuse for a game boring and ugly, it is also quite buggy. Various times throughout my play through I encountered enemies freezing in place on death, or comically flying up and off the screen. While playing on couch co-op only the first player actually gets any loot, while the other players can collect loot but not spend or save it, thus just denying loot from player one. This may be by design as I was playing on the PC through Steam which has no way of signing in multiple players to their accounts, but Codemasters should have thought of that when it decided to sell the game on Steam in the first place.

I played a majority of this game online, or at least in the online mode as only one time did a random player join my game. In the middle of a level another player popped in, helped for a bit, then disappeared before the level was over with, and that was it. It seemed like a smooth experience, but clearly there aren’t a lot of people playing this online, nor should there be, because it is utter tripe.

The only enjoyable part of the entire experience was the writing and voice acting. Gnarl, the narrator from the original games is back and leading the charge again, making clever little quips and jokes along the way. Hilarious but I don’t think many people are willing to eat a shit sandwich to get to a diamond, or in this case a few chuckles. 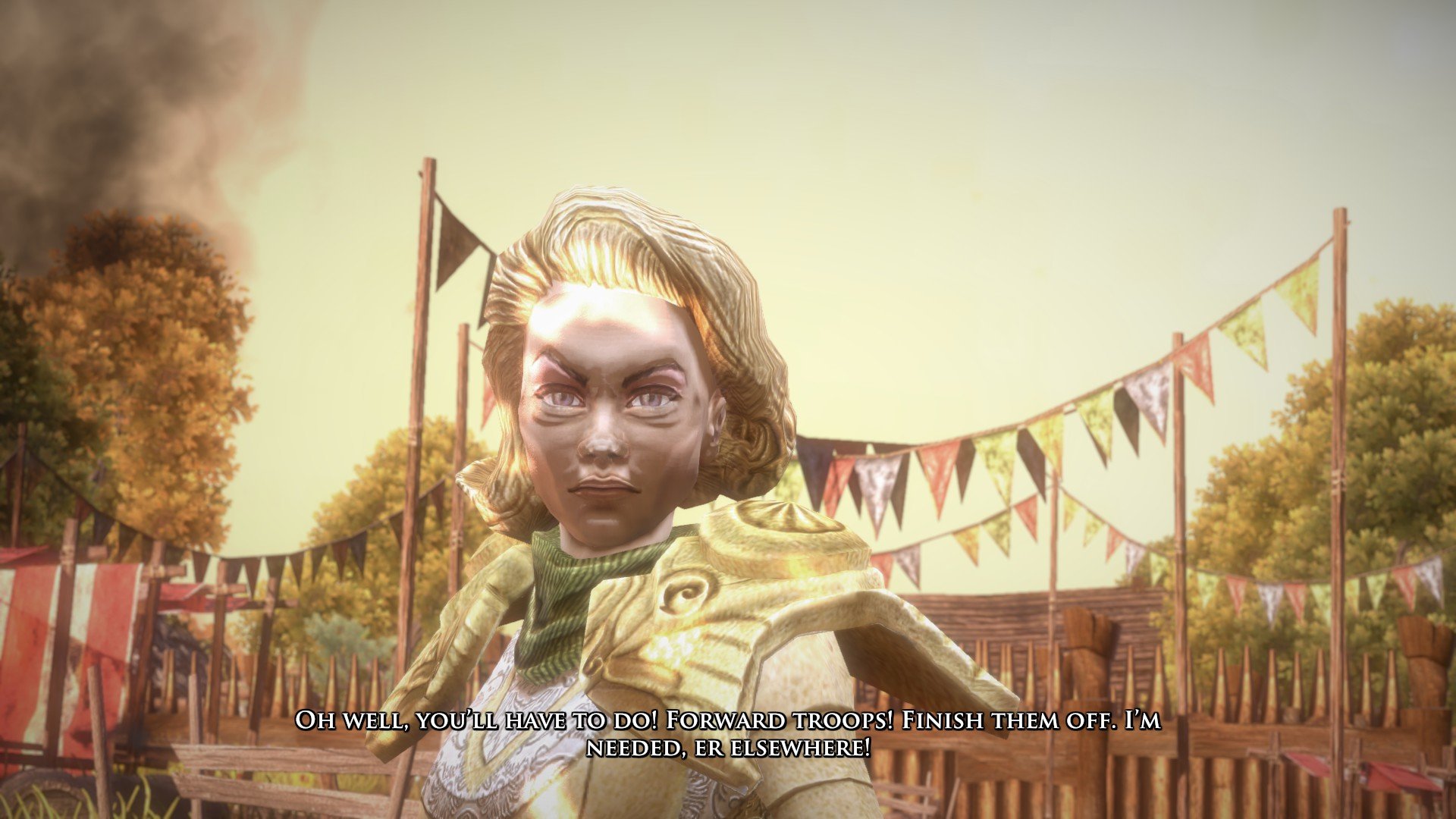 Overlord: Fellowship of Evil is an experience I’ll be glad to forget: a mindless, tedious, boring excuse for a game that tortures the player throughout, much like the characters in the game torturing the poor souls of the innocent. Maybe that is the point and Codemasters has done an amazing piece of art.