One Piece games are kind of up in the air at this point in terms of quality. Just when I thought Pirate Warriors had solidified that seal of quality from the franchise, Romance Dawn snuck up and stole most of that good will.

Thankfully One Piece Unlimited World Red is not only a much more valiant effort by a completely separate developer (Ganbarion), but it avoids the trap of having to re-explain the story all over again, as Red is an original tale. 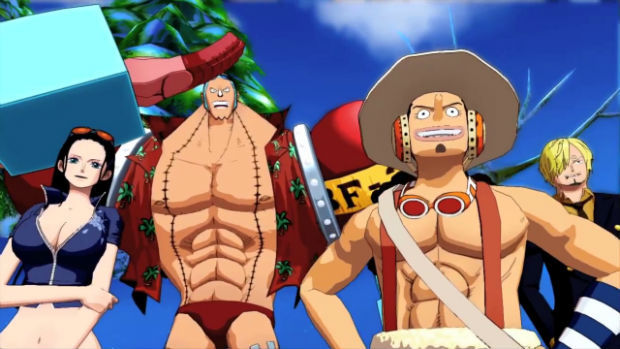 You’ll begin the journey with a very quick introduction to hero Monkey D. Luffy and his crew, the Straw Hat Pirates, as you sail up and dock at a lone island and take a small trip to its major city, Trans Town. What is initially a quick pit stop becomes a calamity, as Luffy soon learns that his allies have been captured — cue non-stop action until the end of the game.

If you’re looking for a grandiose theme, setup, or explanation of who everyone is in detail — you’re sheer out of luck. People who haven’t read the manga or seen the show will likely find themselves completely lost, not only in terms of the overall concept of the world, but where the characters fit in and why you should care about them. Having only seen a few arcs of the anime myself though, I was able to grasp the majority of the Straw Hats’ relationships, and identified with the characters a bit more.

For those who aren’t familiar with the series, Monkey isn’t just an ordinary pirate — because he tasted the cursed Gum-Gum Fruit, he has rubber powers that allow him to stretch his limbs like taffy. Just like the series, you can slingshot yourself using your arms to fly around the world like Spider-Man, and essentially turn a melee attack into a ranged ability. Unfortunately, Luffy can’t swim as a result of the Gum-Gum Fruit.

It’s this simple “Mr. Fantastic” setup that makes for a fun (though relatively shallow) combat system, where even button mashing looks ridiculous, as Luffy waves his arms about and hits multiple enemies. When I say shallow I really mean it, as most fights can be completed with basic combos and sparing use of special abilities, which are earned when you inflict enough damage.

Now, there are combos, but you have a full list at the start, with no real room to expand upon the systems given to you at the beginning of the game. It’s disappointing to say the least, since that basically translates to the experience feeling the same from start to finish.

This is the way Unlimited World Red works:

You’ll enter an area, fight hundreds of worthless trash monsters, and eventually do battle with an entertaining boss — then repeat that for the rest of the game. On paper that doesn’t actually sound that bad (it sounds like most every other action game, right?), but said trash is just that — trash that isn’t all that engaging to fight. There’s no open world, really — Trans Town is the wheel, and all of the linear stages are rudimentary spokes. 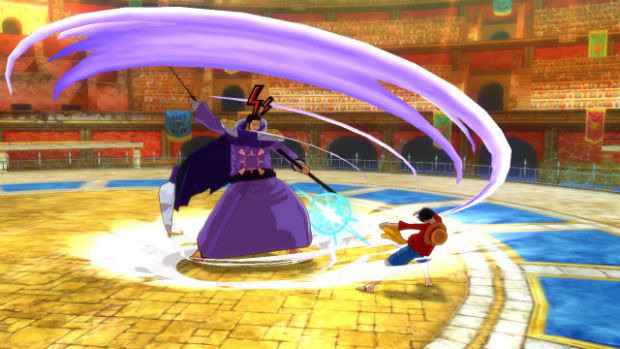 In terms of its style though, Red looks a lot like the anime, and the bright cel-shaded style does wonders in the visual department — especially on the Wii U. Japanese audio with subtitles is all you’re going to get here (like most localized anime games) in case you were wondering, but the cast does an excellent job. Luffy isn’t going at it alone either, as most of the cast is playable (or parties up with you at some point). There’s also an Arena Mode that’s separate from the story that allows you to essentially set up your own Boss Rush sessions.

The Wii U version was tested primarily for this review, and the only real advantage you’re going to get is Remote Play and a 3DS save link — that’s it. The latter isn’t seen often, but it basically lets you Cross-Save between the Wii U and 3DS versions, which is a nice feature — though of course, it’s not a Cross-Buy game, so you’ll have to purchase both. While Remote Play is always appreciated, the touch screen cannot be used for inventory management (or anything really), which is odd considering that the 3DS has that capability.

There’s also a very small multiplayer component that isn’t a big deal (player two is invincible and can fight alongside of you during story missions on console and sidequests on portables). Think “Tails” from Sonic but a little less interesting. The 3DS and Vita support four players, and the Wii U and PS3 only support two. 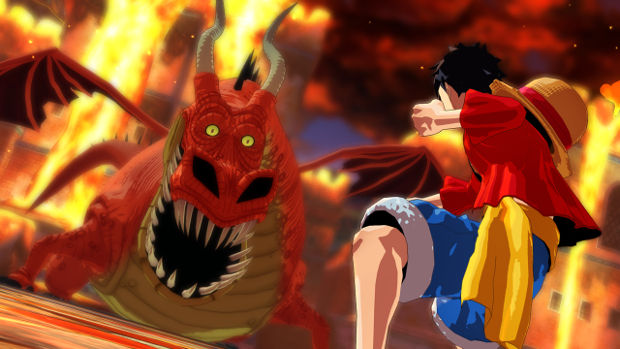 One Piece Unlimited World Red is a very standard action game, but it has more than enough charm to make up for its simplicity. It also certainly helps that it’s an original story, so hardcore fans of the manga or show will want to get in on Red even at a discount just to experience more Straw Hat goodness.