From Straw Hat to Dressrosa

I haven’t kept entirely up to date with One Piece, but I do read the summaries, and have caught most of the earlier arcs. It’s a daunting task (the series has been running since 1997) in terms of the anime, and there’s lots of filler involved, but the characters, for the most part, are interesting enough to watch. Plus, there’s always the chance that we’ll finally learn what the “One Piece” really is (it’s going to be “family” isn’t it?).

Thankfully, the games tend to side with brevity in favor of more action-oriented affairs. 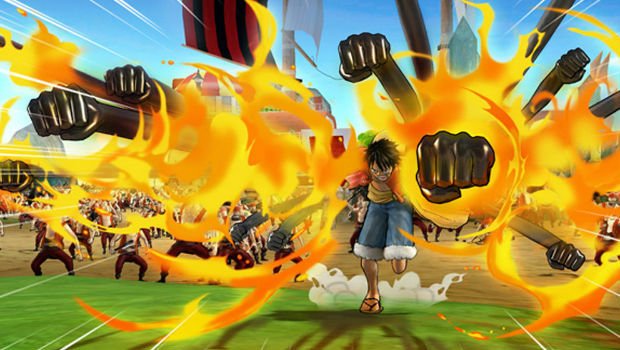 Pirate Warriors 3 is a reboot of sorts (within the confines of the Pirate series that is), taking us all the way back to the beginning. Players will get a recap of Gold Roger the Pirate King, and how his death sparked the search for the great One Piece treasure, ushering in the Great Age of Pirates. After briefly showing us a Young Luffy, stoked by the fires of adventure, the game jumps 10 years into the future as our hero begins to gather his crew, starting with the ruffian Zoro.

It’s ambitious, starting over like this, but it’s a great starting point for players who enjoy Warriors games, and have no prior knowledge of One Piece‘s narrative. You’ll even get all caught up with the Dressrosa arc, the most recent bit of story (albeit with a different ending). With all that in mind, this is a very brief recap indeed, with entire arcs condensed to a single mission. In that way it spreads itself thin in many ways, not to mention the odd design choice of starting all over on the third game in the series.

Battles still follow the same Warriors beat ’em up formula you know and love, with light and heavy attacks that can be chained into combos. What’s crazy this time around though is the introduction of the Kizuna system, which lends itself well to One Piece‘s insane over-the-top style. Here, you’ll be able to call out teammates for attacks on a constant basis, as well as unleash gigantic supers with multiple crew members, culminating in an explosion that usually kills hundreds of people at once.

It’s a mixed bag though, because while said explosions look really cool, they’re ultimately all the same despite what crew members you have in the mix. So while it’s entertaining for the first 100 times, it loses its luster eventually. Also, the regular Kizuna attacks are a bit clunky, as there’s a half second delay for your party members to jump in and do their thing. It’s not a huge deal, but it definitely could have been handled better.

As for the rest of the combat mechanics, they’re rather on point, and as usual, I like to make the point that the system is much deeper than the “button mashing” scheme non-fans accuse the Warriors series of. For instance, Luffy, your first playable character, starts with 14 combos, all of which have a purpose when you’re playing on higher difficulty levels. Plus with nearly 40 playable characters in all, the amount of variety on offer is nothing to sneeze at.

You’ll want to play on a higher difficulty too, because without it, the actual story scenarios will likely start to wear on you. Without a local partner to play with enemies tend to blend together throughout stages, and despite the mixing up of themes (military, rural), they all function basically in the same manner, with the same types of weapons. The dialogue is also poorly written at times, and doesn’t do a great job of drawing you into the world beyond the out-of-mission cutscenes.

But hot damn, is that world beautiful on PS4. The only time I ever saw a framerate hit was when Kizuna moves were being done in local co-op, but other than that, it’s silky smooth. No matter how many enemies are on-screen the game is relatively stable, and it’s easy to dash around an entire map and lay waste to hundreds of enemies at a time. While the mission objectives aren’t innovative in any way, they nailed the hectic feel of the anime.

The story follows the typical Warriors format of roughly 15 hours of gameplay, with 50 or more to try to max out every character. Of course, there’s more modes available, including free play, and “Dream” mode, which is basically a remixed version of the story. The latter sees you jumping from island to island, fighting off enemies in unique scenarios and gaining new characters and bonuses in the process. As a note, online play is only available for story mode, but local co-op is enabled for every game type. 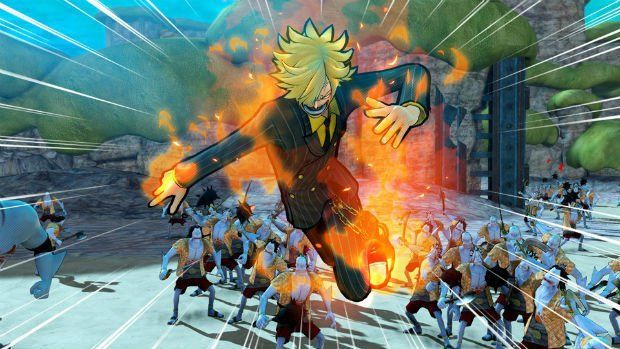 One Piece: Pirate Warriors 3, from a gameplay standpoint, is simply “more Pirate Warriors 2.” It doesn’t really do anything new outside of the slightly different Kizuna system, and veterans will likely favor the Dream mode instead of the retreading story. Despite its Frankenstein-esque shortcomings, Pirate Warriors 3 is a beautiful game, and still a lot of fun to play locally.