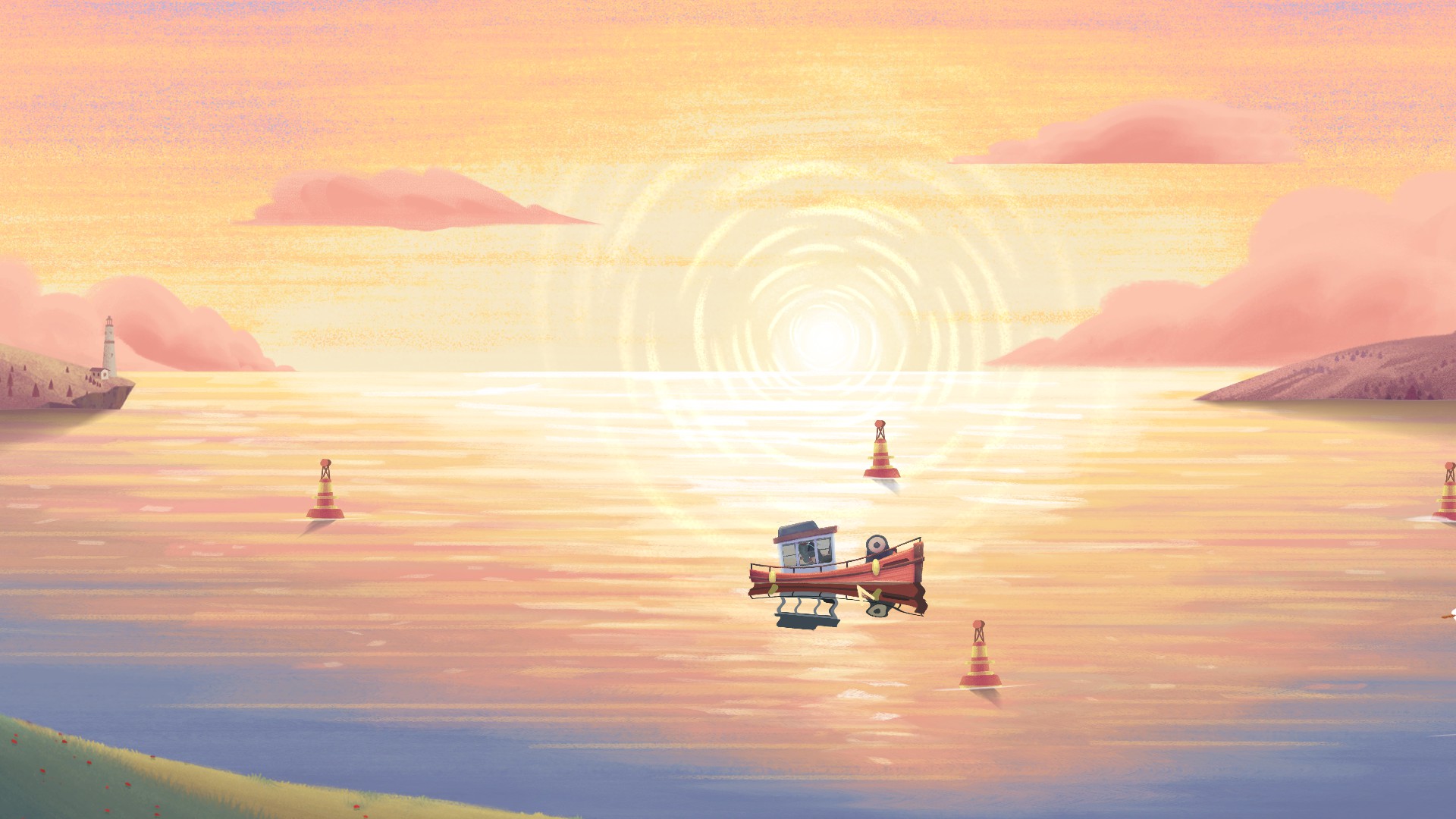 I wasn’t quite sure what I was getting myself into when I signed up to review Old Man’s Journey. The name made me think I’d be playing something about a man dying and coming to terms with his life or that I’d be living in a nursing home. Perhaps this would be a game where I’d shoo kids off my lawn and bemoan how the days of my youth were so much better.

I really wasn’t prepared for what came next. Without a single line of dialog, Old Man’s Journey manages to tell a profound and heartbreaking story of loss, regret, and reconnecting with your family while dabbling with some relaxed and clever little puzzles elements. I mean…wow. 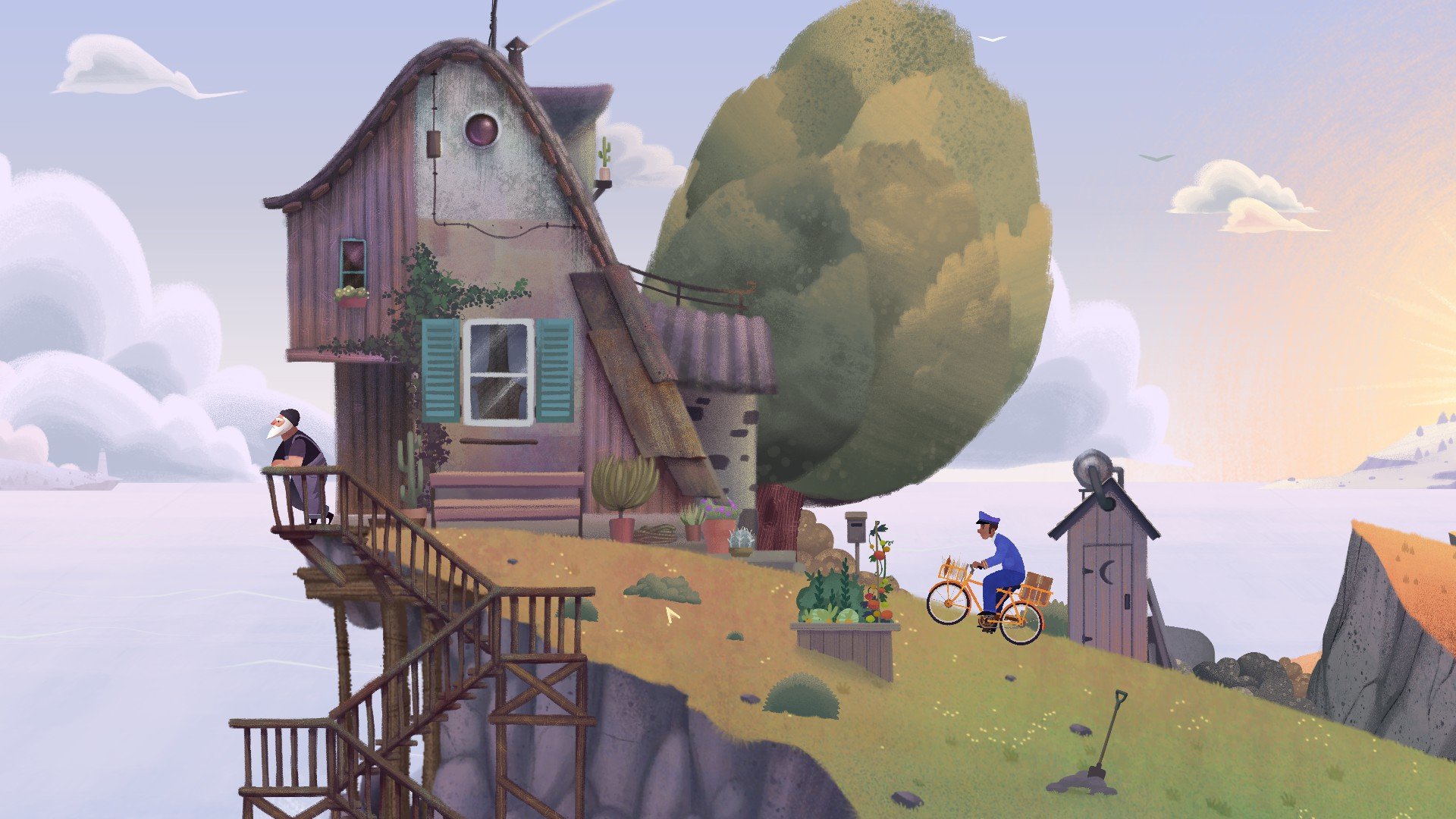 The game starts with the titular Old Man receiving some sort of letter. Looking a bit concerned after reading it, the man grabs some stuff from his house and sets off on a trip to an undisclosed location. Without even so much as a tutorial, you get thrust into the game and it’s up to you to figure things out. Thankfully, interfacing with the world is rather simple.

Old Man’s Journey most closely resembles a point-and-click adventure title. You click on the screen where you want your character to move and you can click on objects to interact with them. It seems deceptively simple, at first, but it soon unveils a twist on the typical formula. Again, without words, the game teaches you how to manipulate the environment around you to create paths for the Old Man to travel.

This works by clicking and holding on the various hills you’re walking on and dragging them up and down. While it has no in-universe explanation (does this Old Man have superpowers?), the game is always logical with its placement of the foreground and background terrain to make puzzles feel intuitive.

While the obstacles you encounter do get mixed up a bit (sometimes you’ll need to herd some sheep or slide down waterfalls), the general idea behind the gameplay mechanics remains simple. This is a title where you can chill out and play with minimal frustration. There are no game-overs and you’re never pressured to solve things under duress. This game is mainly about experiencing the story of an Old Man’s life and his regrets. This comes to life through the gorgeous presentation, which deserves tremendous commendation.

Almost every frame looks like a masterpiece. At times, I thought I was staring at an actual painting; the textures used for different objects look like fabric and acrylic paint. The way things animate is also exquisite. It may not be smooth, but it has a distinct style that displays the emotion and energy in each person without them needing to speak.

The soundtrack is rather excellent, as well, matching the different color palettes of each scene to punctuate the emotions of the Old Man. As you progress through the different puzzles and reach the conclusion of each section, he’ll take a second to look at the different people he is passing by and reflect on the moments of his life he has left behind. It becomes abundantly clear that this journey won’t have a happy ending, though it’s more bittersweet than outright devastating. 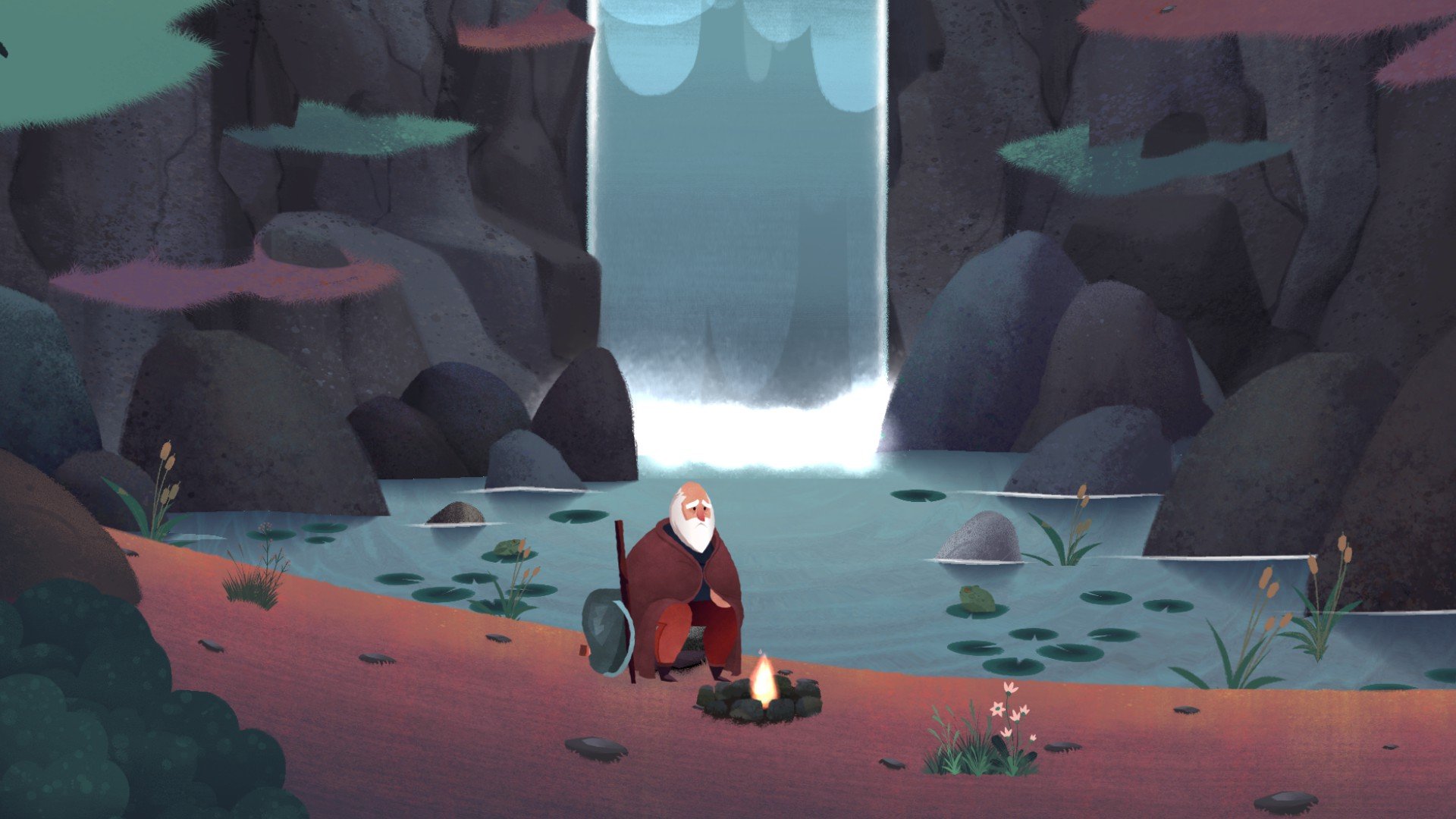 To explain exactly what happens would rob the game of its beautiful imagery, which is something I will not do. I will say that I teared up a little, if only because I worry about some of the same things that this story covers. It does a good job of capturing how some people have a different calling in life and will often break free from the mundanity of what is “normal” to experience what they need.

Taking all of that into consideration, it’s not like Old Man’s Journey is a flawless masterpiece. There are some oddities with the graphics where certain objects will flicker a bit. I also noticed a few instances where my character appeared translucent, almost as if he had become a ghost. I thought the story was taking a very depressing turn, but it was just a glitch.

Then you have the sometimes finicky pathfinding of your character. Since you can manipulate the various mountains to create a straight path to the finish, you often can just click at the bottom of the screen and let the Old Man walk to the finish line. Sometimes, though, he’ll get stuck between two paths or will simply refuse to move; stubborn old bastard. 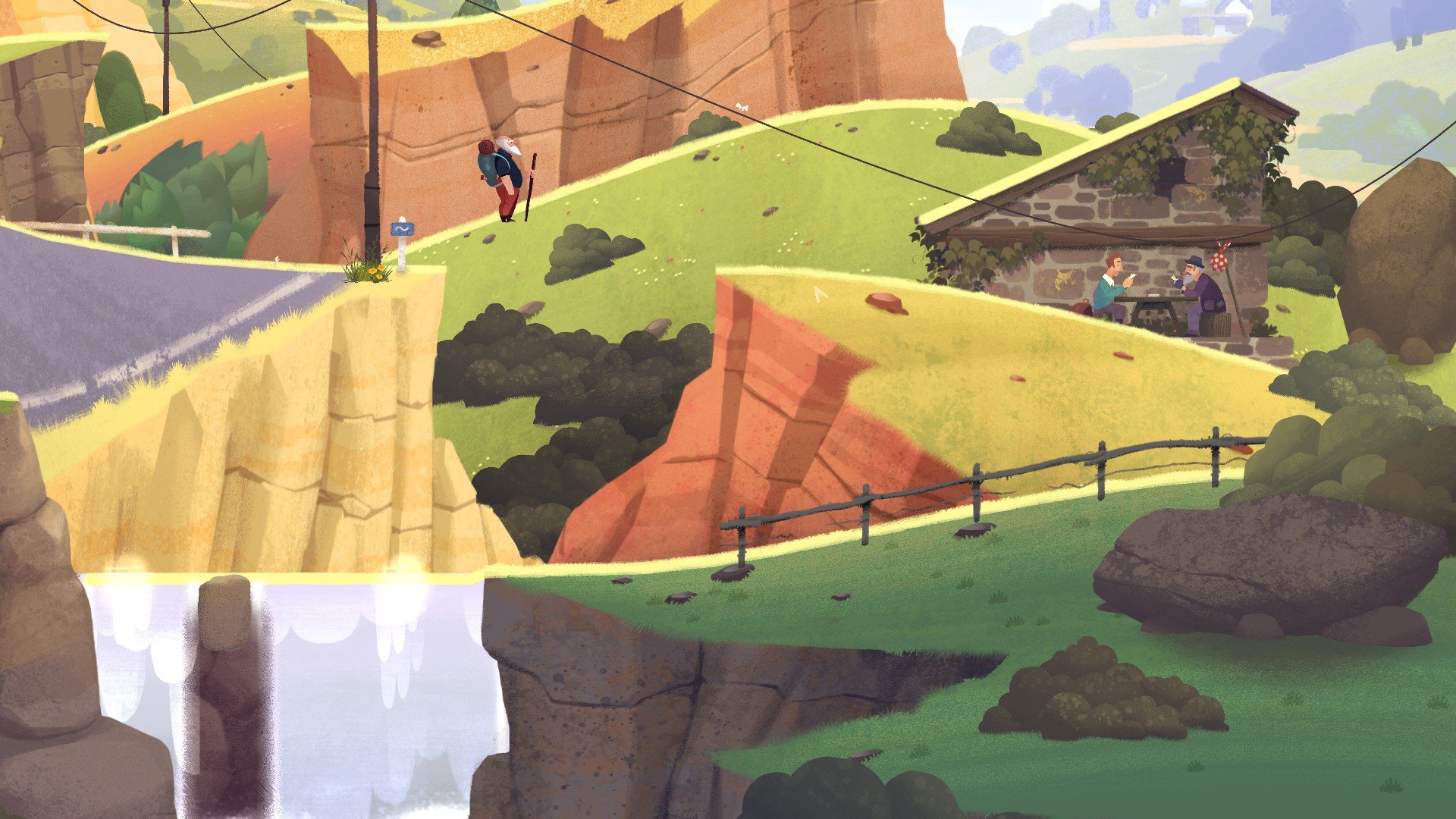 There is also the very strange omission of an exit button on the main menu of the PC version. While I don’t have the mobile ports to test, I understand you can just tap the “Home” button on your device and the game will minimize. On PC, for whatever reason, you have to actively be in a level and hit ESC to bring up a quit option. If you don’t do that, then you’re going to have to Alt+Tab out of the game to quit it.

The length may put some people off from the price point (it is roughly 90 minutes long), but I feel it roughly equates to exactly the type of experience you’d get with a movie ticket. A lot of work must have gone into producing this title, so $8 for all of this isn’t that big of a deal. Still, why is the mobile version cheaper by default?

Whatever the reason may be, Old Man’s Journey is a nifty little puzzle game. It doesn’t break new ground or even tell an original tale, but the quality of what is on offer is very high. Just getting to experience something that looks like a work of art is a nice, refreshing change of pace from how self-indulgent most big-budget games can be.

Simplicity is the biggest strength of Old Man’s Journey. It doesn’t require you to be a genius or a master gamer, but to have a penchant for something more oft-kilter. That it manages to be a satisfying experience all without saying a single word is remarkable and definitely worth a look.