If the damn title can blow your mind, imagine how great the game must be. 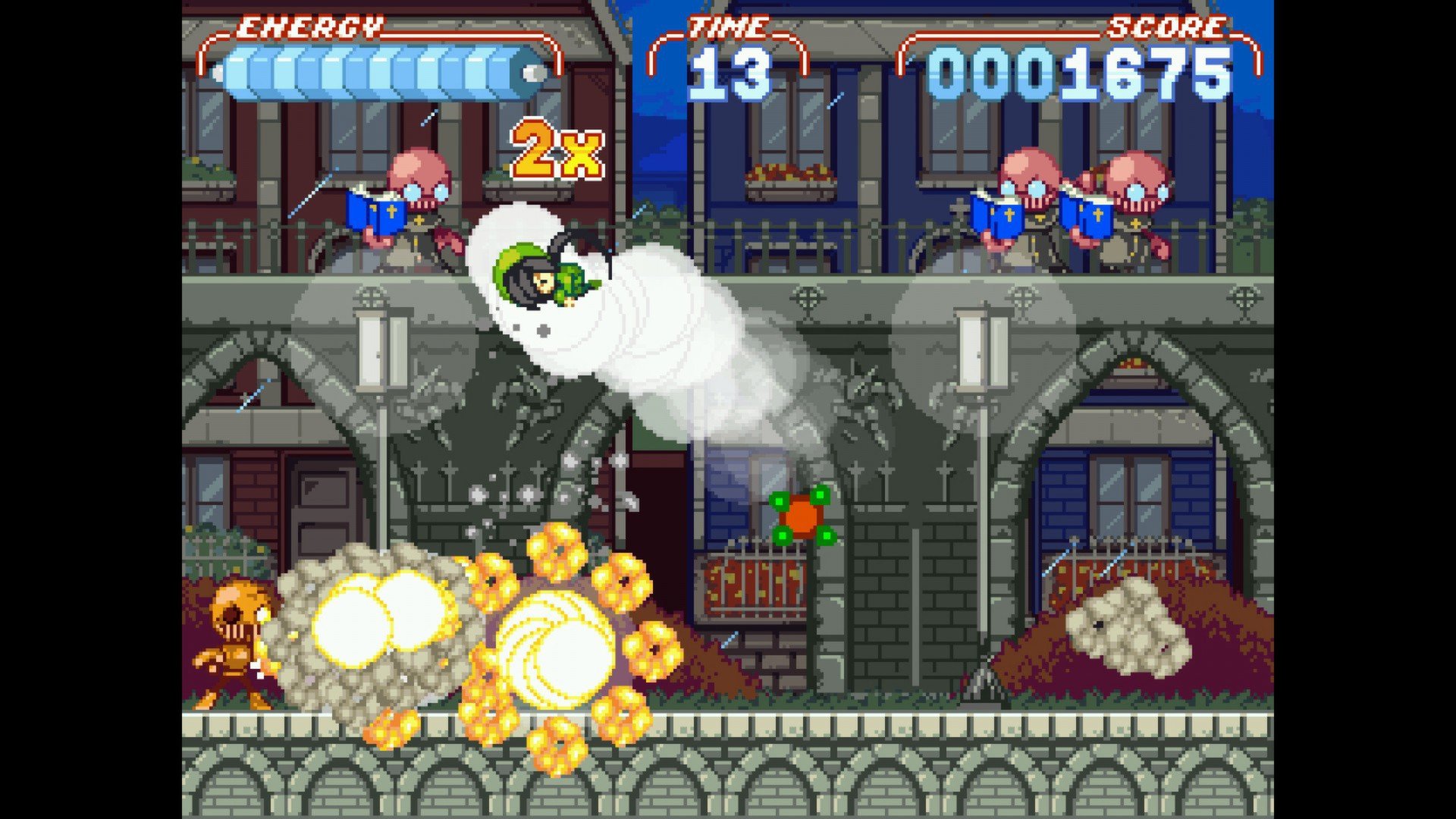 Noitu Love: Devolution has hit Nintendo consoles after residing on the PC for years and graciously given me another reason to talk about how wonderful of a game it is. If someone never knew that it has been on Steam since 2012, they would probably think that it was designed with the 3DS and Wii U in mind since the touch controls are a perfect fit for the game.

This is very much an arcade experience, taking around an hour to complete on the standard difficulty. However, this is certainly a game that gets better on multiple playthroughs. After all, how many times have you played through your favorite arcade game? Increasing the difficulty feels like a strong and appropriate challenge. New characters are also unlocked via playthroughs, and these characters actually play differently! None of that “same character, different skin” nonsense.

The plot is interesting enough to carry the player through, though it does get a pretty bad case of “bad guy exposition” at the very end. Regardless, it is an entertaining romp through time that at the very least serves to bring the player to some great locales, made only better by the amazing pixel art and soundtrack to accompany everything.

What separates it from many other arcade-esque games is the control scheme and genre. It plays a bit like a mix between a sides-crolling platformer and a beat-’em-up. Everything happens on one plane, but flying towards enemies and beating the shit out of them makes up most of the core gameplay.

Movement is mapped to both the left analog stick and the four traditional buttons while attacks are all mapped to tapping the screen. Where and how the screen is tapped will determine how the character reacts. Tapping on grabbable hooks has the main character zooming to grab said hook, while tapping enemies unleashes a fury of attacks. Swiping across the screen performs a dash, swiping up leads to a little spinny flip, and, well, you get the idea.

Special mention goes to the shield, which is one of the special moves and can be created anywhere on the screen, though only one can be out at a time. This will block most any projectile and is a crucial skill to master on higher difficulties. One of the greatest sensations while playing is achieved by zooming around and kicking butt while also putting up shields at key moments to prevent incoming attacks.

It can be difficult to hold the 3DS with the same hand that moves the character, while simultaneously tapping away on the screen. There were times where I took brief pauses just to give my wrist and arm a break from holding the device. I played on the New 3DS XL, so anyone using the old-school 3DS or even the 2DS may not have this issue. 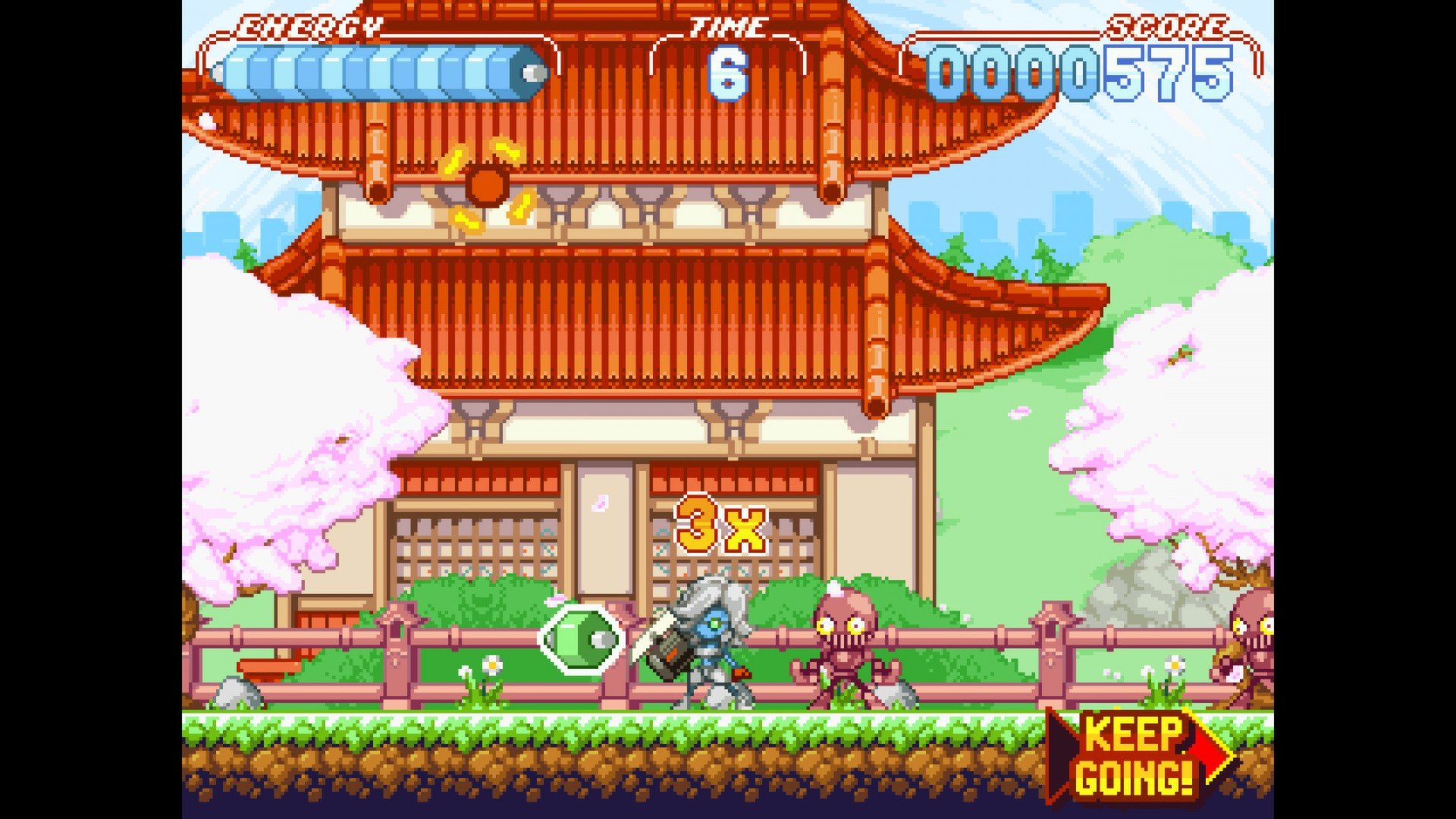 This is a game that demands its players to truly master its arsenal of abilities in order to get anywhere. Sure, on anything below Hard, it’s likely possible to simply tap tap tap your way to victory, but succeeding on the higher difficulties will force players to think about their moves and to tap with dexterity. Trust me, if you blow through Normal and end up disappointed, bump up the difficulty.

Strong gameplay still wouldn’t mean much without a sufficiently powerful level design. Luckily, this is easily Devolution‘s best aspect. Levels achieve that “just right” length and never wear out their welcome. There are always new baddies to fight which are brilliantly designed to carry the same theme as the level itself. Best of all, bosses and mini-bosses are interesting and unique, helping to differentiate every level from the next.

Oh man, the boss fights! These are easily some of the best and most memorable bosses in gaming. Each one is challenging in a completely different way, and will often have the player thinking of what could possibly be coming next. They’re frantic, exciting, and a blast just to even watch. I often took damage simply because I was dumbfounded by watching yet another superbly-done animation. 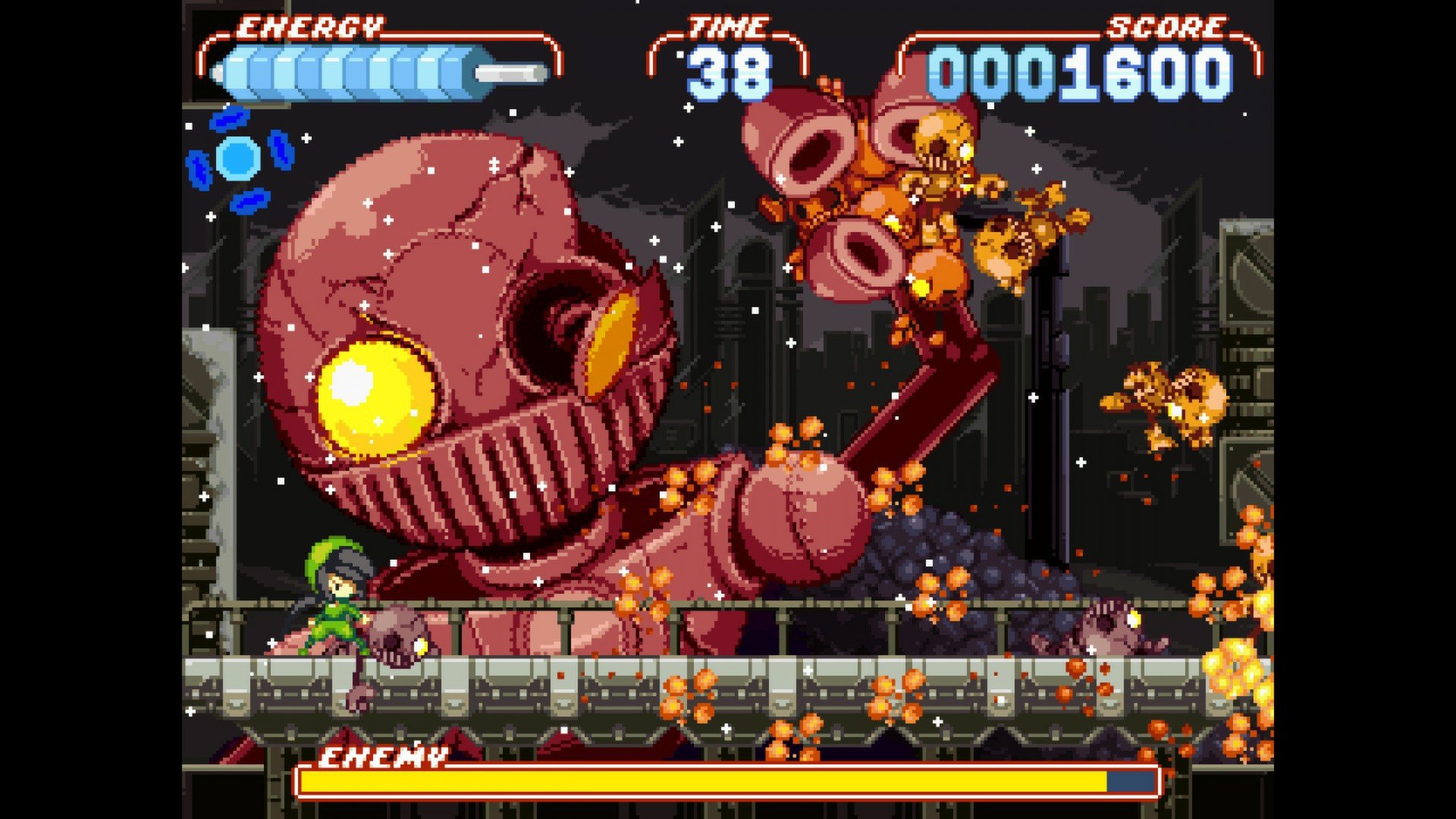 The last boss does have a bit of a difficulty spike compared to everything else, but it’s nothing insurmountable. Especially if, as I previously recommended, you are playing through for a second time and know more or less what to expect. Perhaps the best part of subsequent playthroughs on harder difficulties is that some enemies change their behavior, instead of just being harder to take down.

Noitu Love: Devolution feels better than ever on the 3DS. It looks just as beautiful, even on the small screen, and plays right into the touchscreen’s strength. The arcade nature of the game almost guarantees multiple playthroughs on harder difficulties and with new, completely unique characters.