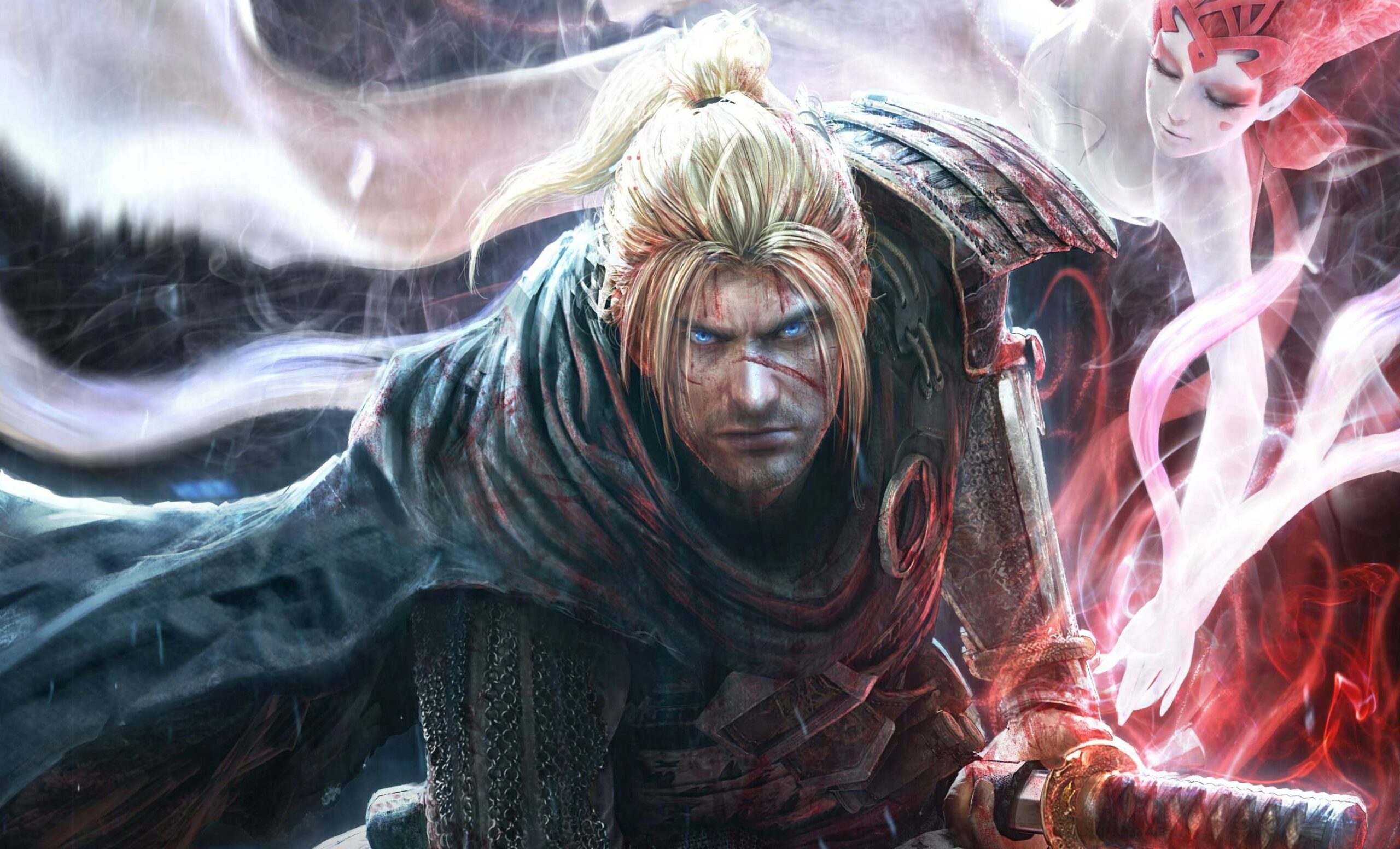 I can be your Oni, baby

The PS4 is really kicking off 2017 with some damn good exclusives. If you count the VR version of Resident Evil 7 (which you should, as it’s fantastic), it also has Gravity Rush 2, Kingdom Hearts HD 2.8 Final Chapter Prologue, Yakuza 0, and Tales of Berseria under its belt — and it’s only January.

Now you can add Nioh to that list as well. 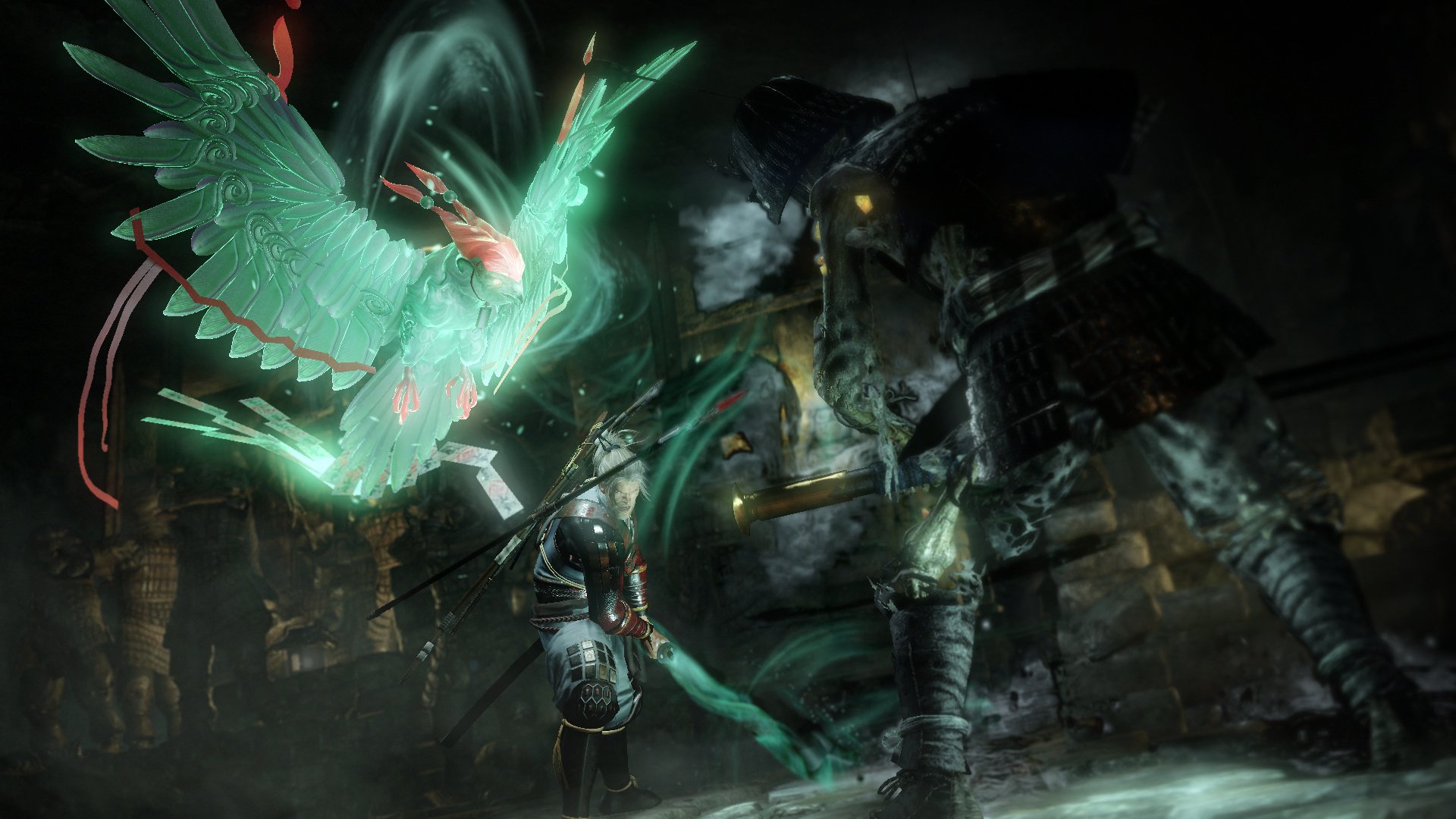 Nioh attempts some semblance of focus when it comes to its narrative before going off the rails. Initially, it centers on the always popular Philosopher’s Stone and the Queen of England’s thirst for it in her war with Spain in the 1600s. It’s just silly enough to work, and this is before we’re introduced to William (based on the real-life William Adams), who gets embroiled in a government plot to capture “Amrita,” a form of energy that has the power to rule the world, and ends up in Japan.

Speaking of Japan, Nioh is surprisingly detailed when it comes to the Sengoku era. From the picturesque pagodas to the breathtaking views of Japan’s countryside, it’s a wonderful trip down one of the most interesting moments in history, with yokai and evil spirits thrown in for good measure. It’s a historical re-telling of Assassin’s Creed proportions, with famous meetings and partings with folks like Tokugawa Ieyasu and Oda Nobunaga.

That’s not to say it doesn’t stray from that goal, because it does — very often. The story contains weird transitional scenes that sometimes don’t make sense, introducing new characters at a rapid pace and discarding them before we even get to know them. For an action game that’s almost expected though, and the lore and atmosphere carries it past all of those blemishes.

Another big draw for hardcore action fans is Team Ninja’s commitment to three different graphical options, akin to a PC release: “action,” “movie,” and a mixture of the two. The former ensures that the game operates at a smooth 60FPS with some sacrifices to graphical fidelity, while the movie option locks the game at 30FPS. For those of you who feel like 30 FPS is “more cinematic,” you’ll be happy with that setting, and every other sane person will be satisfied (there’s 4K TV set support too, bolstered by the Pro). Customizing nearly everything on the HUD (or headgear for that matter), and auto-skipping cutscenes you’ve already seen (it’s on by default) is the icing on the cake.

As for the game itself, initially I thought that the beta “mission” system was just that — a beta thing — but as it turns out the entire game is mission-based. At first I was a bit let down that it wasn’t a giant open world, but as the various nuts and bolts started to galvanize around me, I got over it. Nioh is a lot like Souls, yes, but it shares a lot more in common with old-school action games like the Devil May Cry trilogy or Ninja Gaiden Black. There’s a bigger emphasis on combat, with lightning fast frame-perfect combos (thank goodness for 60fps), and a huge, game-changing mechanic called “Ki Pulse.”

Sure, you can expend your stamina (Ki) meter using standard and light attacks, chaining them together for combos, or blocking and dodging, but the way Ki works in Nioh sets itself apart from other action romps. Here, Ki expends very quickly, and to recharge your meter faster, you need to press the R1 button following an attack to trigger a Ki Pulse, which doubles as a way of clearing out festering yokai pools (which subsequently prevent Ki recovery) in addition to boosting your stamina back up. It takes some getting used to and isn’t 100% required, but if you practice it you’ll have a much better time taking out some of the game’s road blocks. 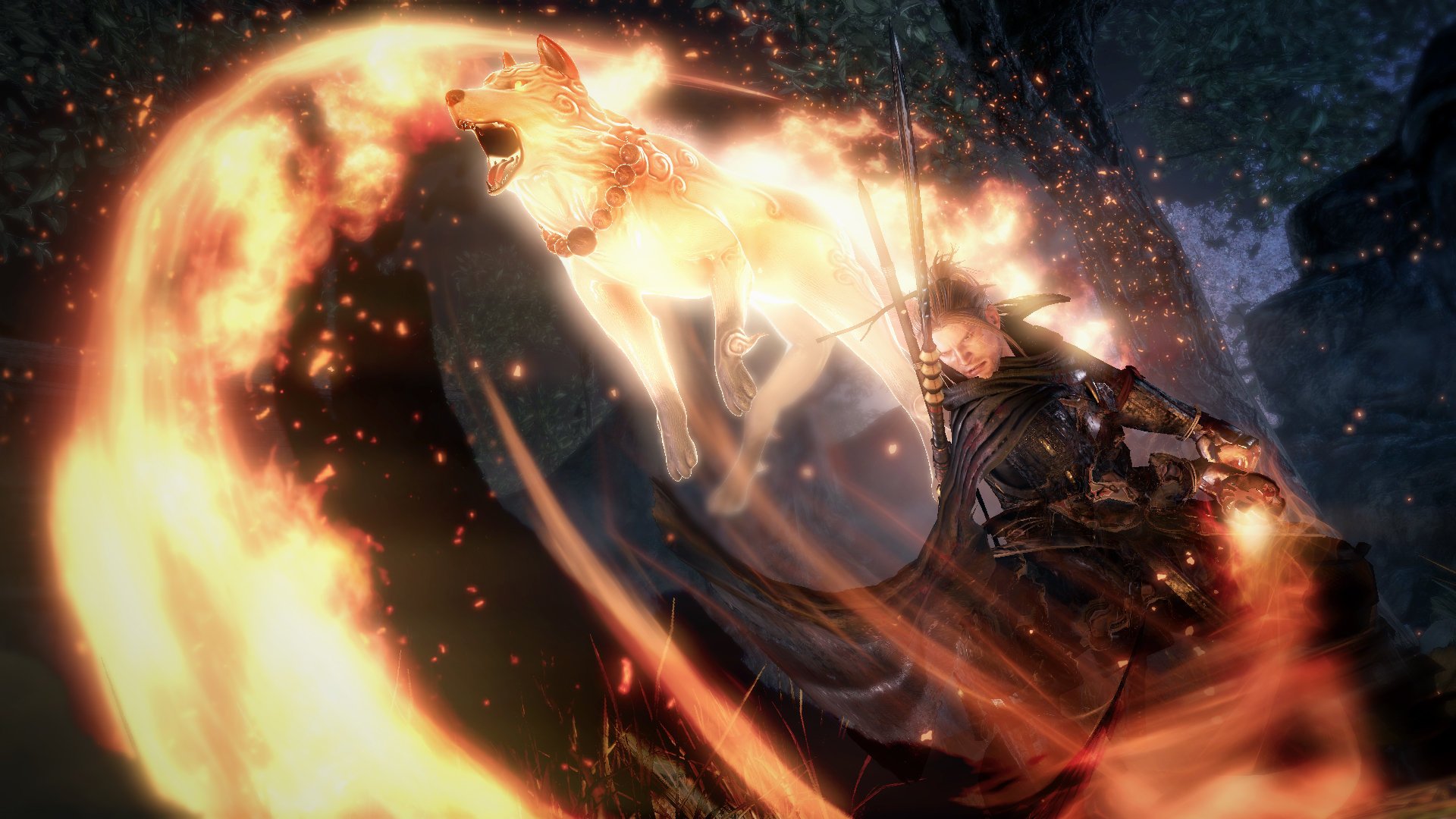 R1 also doubles as a way to change your stance, which brings us even further down the technical rabbit hole. There’s high, medium, low, and sheathed stances, all of which modify the amount of Ki you spend and the direction or strength of your attacks. As you’d expect high focuses on offense, low on defense, and medium is a safe mix, but there’s also a heap of extra abilities to learn, like blade grasps while bare-handed, or sheathed weapon charge attacks that force a risk-reward scenario, Rurouni Kenshin style.

That’s on top of the ninja skill system (which grants you rechargeable items like kunai), and magic, and Nioh‘s own “Devil Trigger” that you can spring as a last resort type move after filling your Guardian Spirit meter. If it sounds like a lot, that’s because it is. One of the things I admire about Nioh is that you can’t just mash or even dodge your way to victory. You’ll have to master the way stances work in tandem with your standard mechanical twitch skills. It’s definitely a hardcore game, and although it doesn’t go out of its way to directly screw people it is inaccessible if you’re not prone to seeking out help or have a certain degree of genre training.

There’s lots of item management, and combing through menus to find that perfect combination of items that complements your playstyle and your other gear. Although Team Ninja toned the equipment system down a little bit after the first beta, items still drop like hotcakes, and while selling them for Amrita currency to level-up is nice, you’re going to sift through a lot of junk too. Nioh would greatly benefit from a western style RPG “trash” system, where you can easily mark items as junk and sell in bulk upon reaching a vendor. The power to lock items so you don’t sell them is appreciated, but the inverse on top of that would be even better. 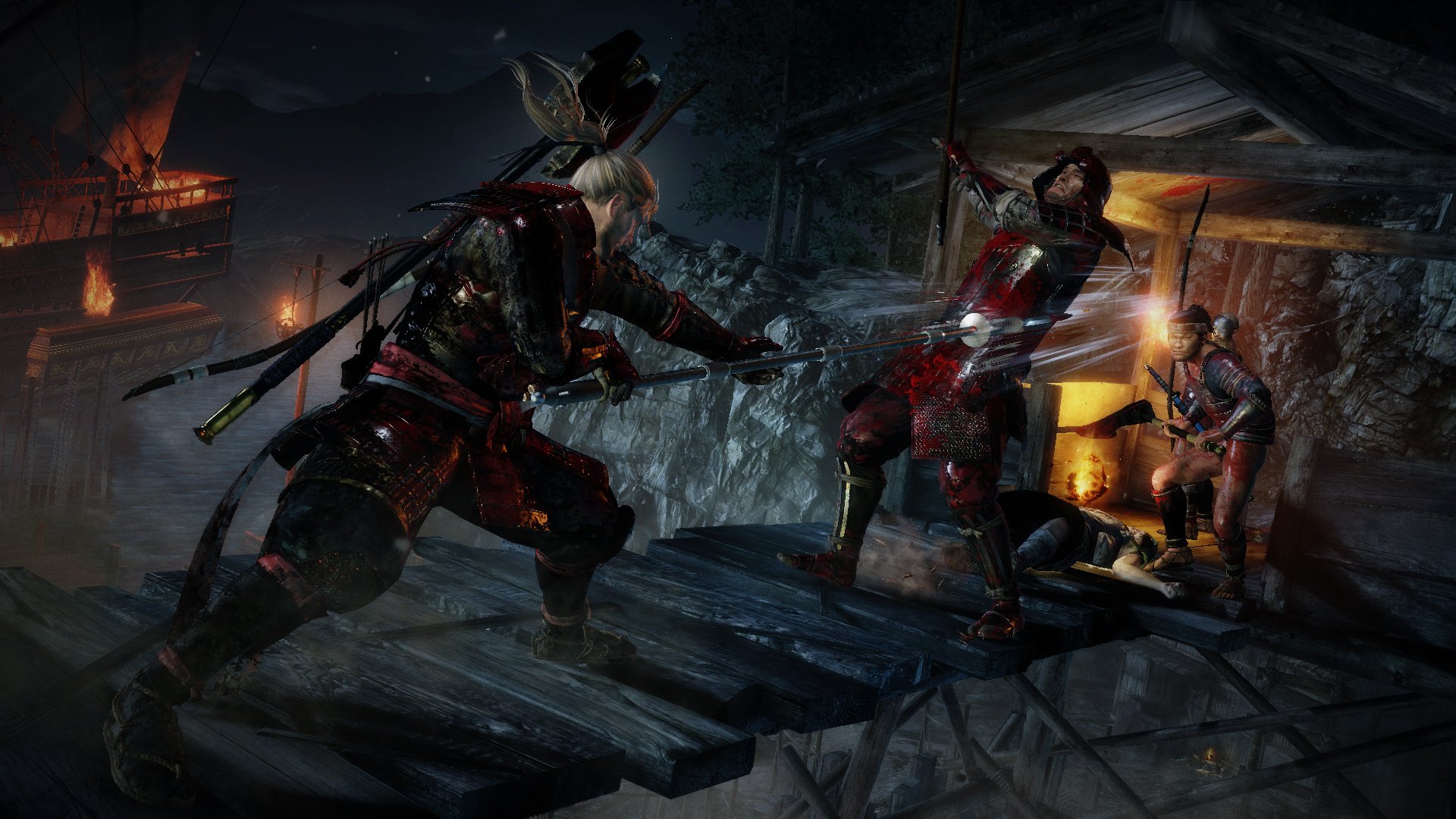 As I hinted at earlier, I did settle into the mission format, but there were some bumps along the way. The levels themselves are often huge, and feel like big sandboxes that should be connected to a giant world, which sometimes lead to “why can’t I go there” moments where some area is boarded off in a really gamey type of way. You also need to basically brute force some bosses to proceed and unlock new missions, which isn’t an amazing feeling if you are having a hard time. That said, I never felt like I needed to repeat levels over and over — I simply went back and finished all of the side missions I could, and ended up taking down every boss without resorting to grinding.

Those side missions are mostly new takes on existing main story stages, but they’re remixed in an endearing way that’s more akin to an old-school higher difficulty setting, or even an arranged mode. You’ll see settings in all-new ways, during different times of day, or from an alternate perspective with a new objective other than just “get to the end and fight the boss.” It reminded me a lot of how Tenchu approached revisits, and didn’t encroach that dreaded “backtracking” mistake line that titles like Devil May Cry 4 crossed.

I did have access to multiplayer for several days of this assessment, all in the form of co-op. There’s earnest mulitplayer matchmaking, as well as a “put me in a random game” option, which I’ve used quite a bit. I love the idea of randomly just showing up anytime I want with the press of a button, without having to locate a shrine, find reagents, and pray five times with a specific emote. You do need bowls (which you can by from your home base) to summon folks, though. 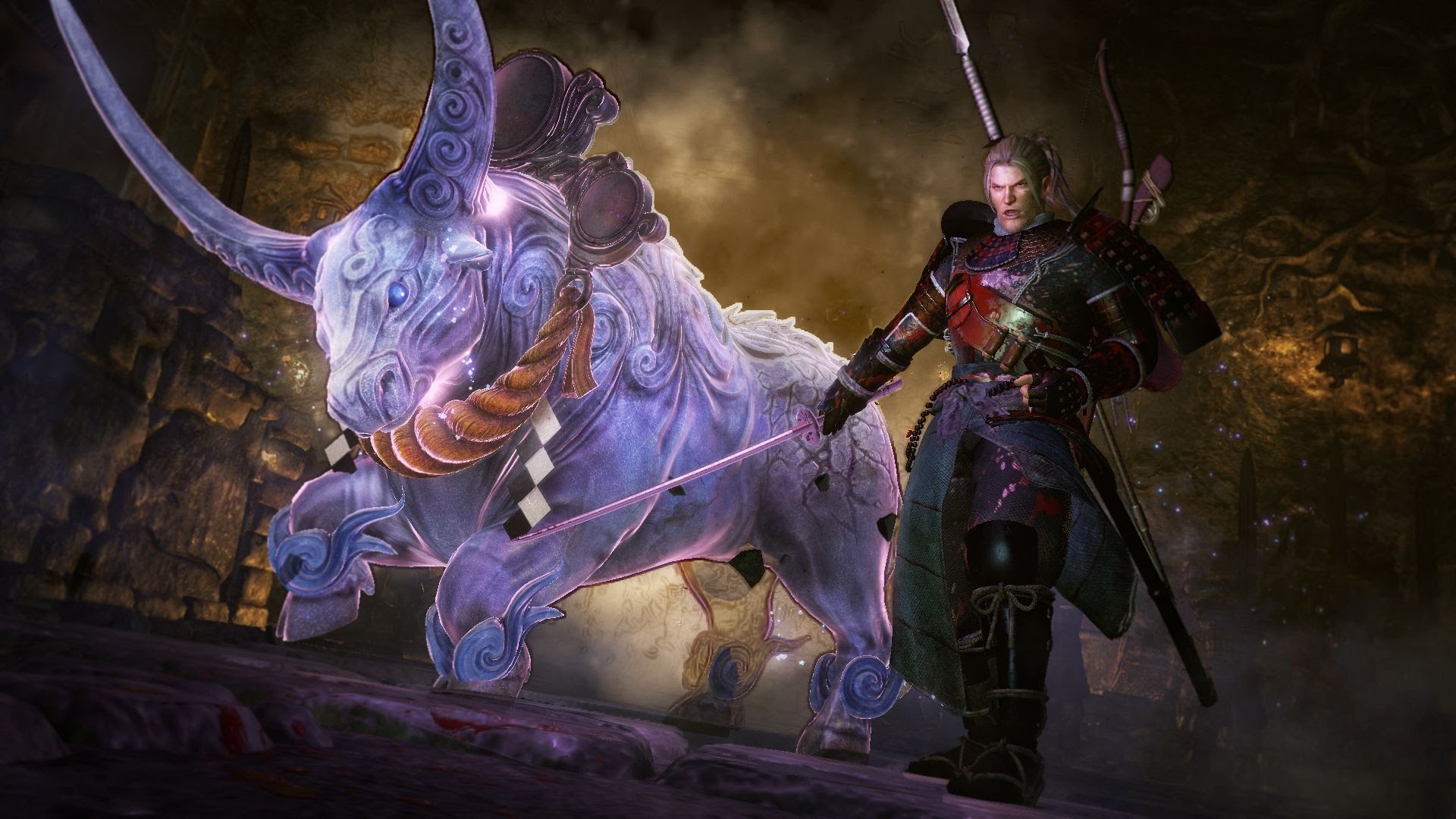 Given how well-thought-out combat is in general, it came as no surprise that playing with others would lead to some really cool moments. I loved figuring out what combination of buffs and debuffs work well with what other players brought to the table, and even experimented with strategies like having one person purify yokai ground while the other mainly focused on the boss. I know I have a headstart, but the thrill of beefing up my William and swooping into other player’s games is amazing, and Nioh isn’t even out yet.

Beyond co-op there’s also an asynchronous “Clan Battles” mode that tallies up points for player actions, and provides stat and ability bonuses unique to each clan. Really, it’s something else to do, it’s optional, and it can unlock new gestures or costumes. I dig it. PVP is coming later in a free update, which is just fine — as I don’t even really need it right now.

With its emphasis on challenging combat and light storytelling elements that are at times bordering on parody (in a good way), Nioh feels like a true successor to the Ninja Gaiden series and fills a nice void that Souls left behind. Did Team Ninja ever leave? Whatever the case might be, it’s back.

[This review is based on a retail build of the game provided by the publisher. As is with tradition with my Souls reviews, or in this case, a Souls-like, this is the build/level my character was when I completed the game.]