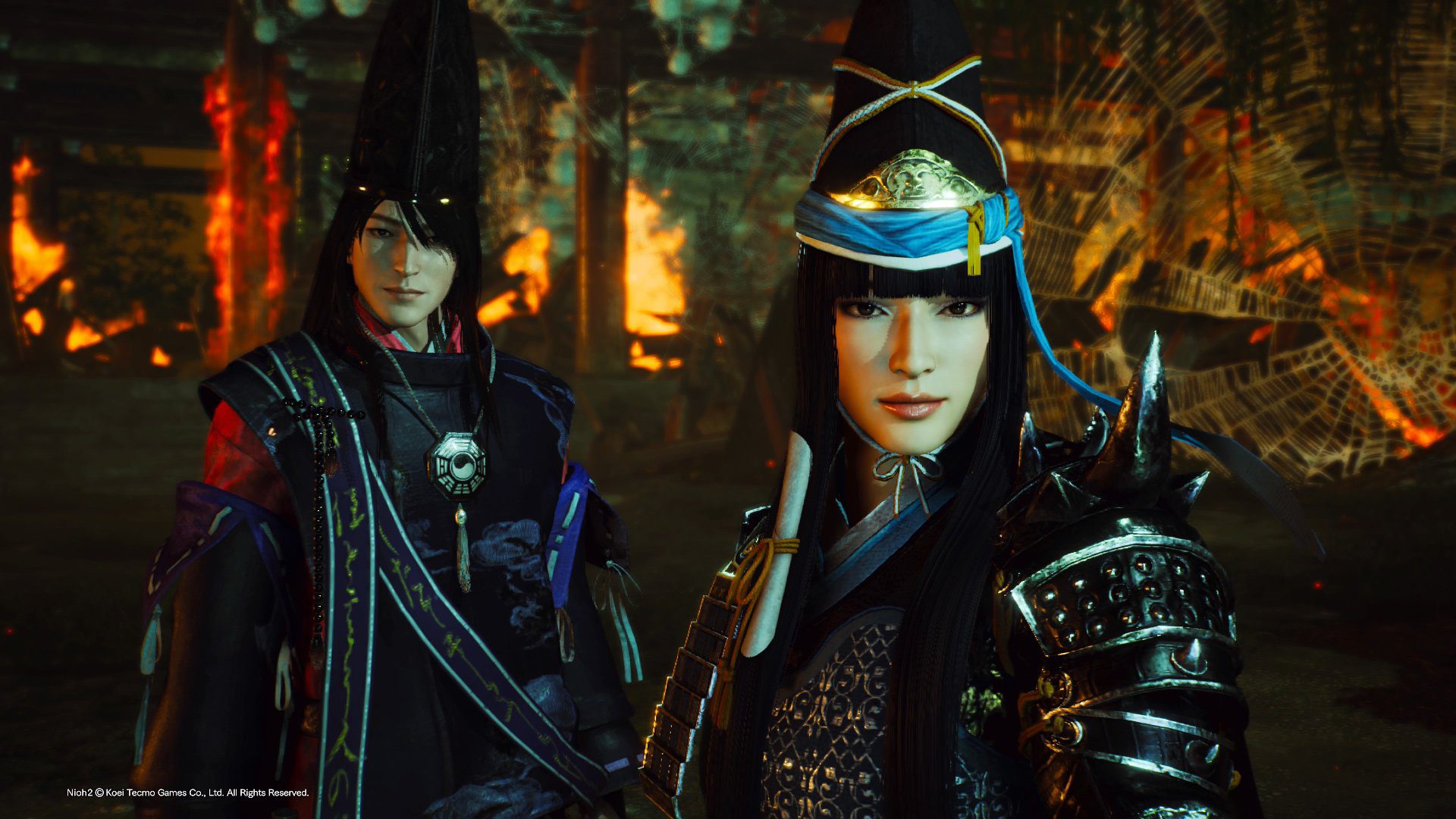 With Team Ninja dropping Nioh 2 DLC every few months, it’s tough to catch up and stay caught up.

Darkness in the Capital uses the same structure as The Tengu’s Disciple, meaning there’s a new weapon to learn (Fists and Clawed Fists), a few main story missions (set in the Heian period), a handful of side skirmishes, and more “stuff” across the board – higher-level gear, several new guardian spirits, new yokai including a big-ghost-headed ox cart, and the next New Game+ difficulty tier, Dream of the Wise.

Oh, and there’s a bonus fight against a certain Hayabusa. He’s a slippery son of a gun. 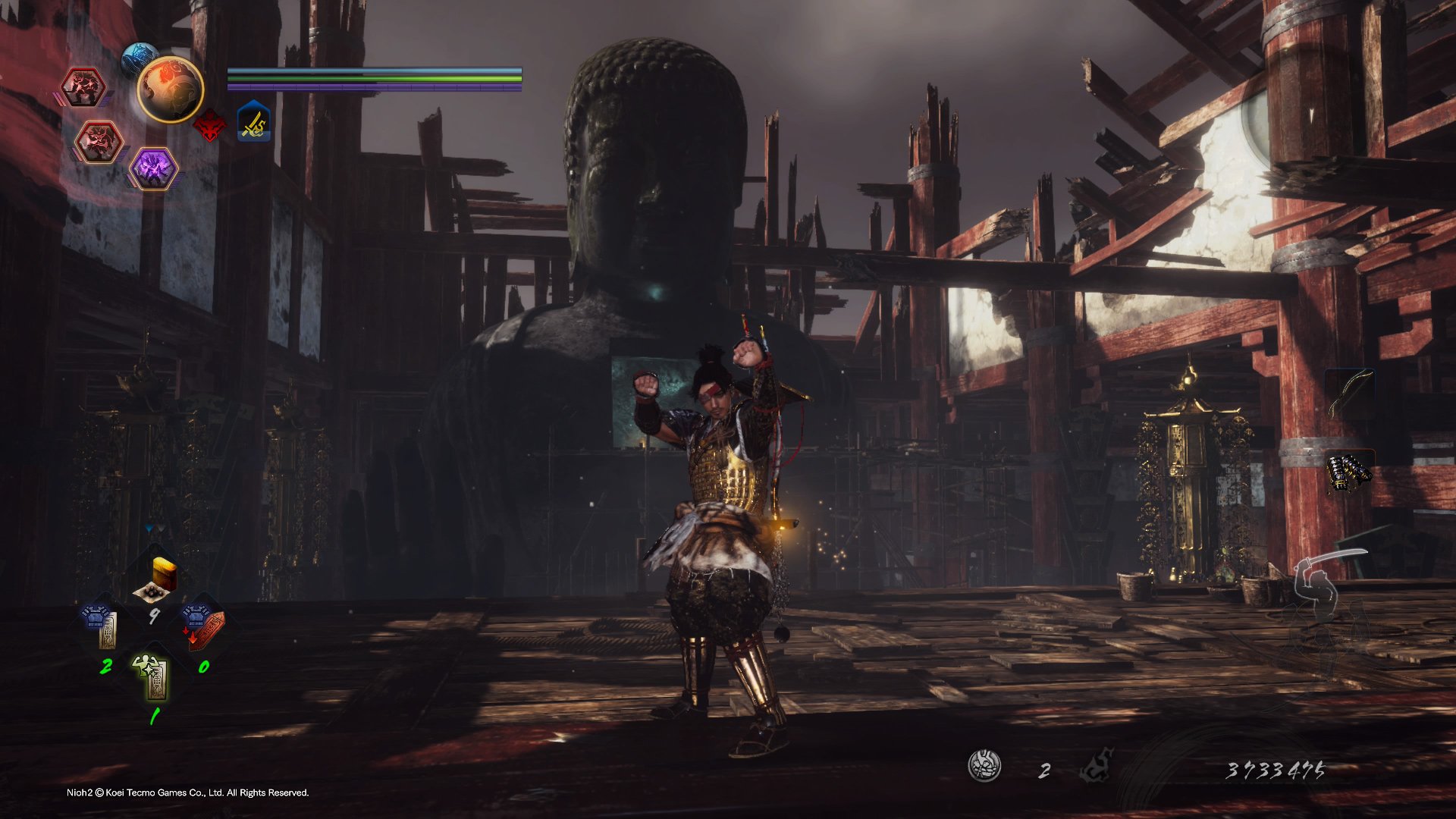 Assuming you’re still DTPN (Down to Play Nioh), the foundation for these DLC packs is strong. Your custom-made adventurer is once again whisked away to fight demons hundreds of years in the past.

I’m surprised Team Ninja has been able to keep the never-ending loot grind as fresh as it has across two games, a slew of DLC, and numerous free updates. Even if you hold off on the season pass, you’re still benefiting from new content, including a risk/reward item-upgrading Stone of Penance feature.

That’s not to say Darkness in the Capital is as fresh as ever. Aside from a few standout setpieces, like a temple with a towering Buddha statue, and piercing crimson pools, the Kyoto backdrop risks blending in with past areas – and there are also returning faces from Nioh 1, like the Giant Toad, the White Tiger, and Nue. That kind of comes with the territory, though. There’s always going to be repetition in Nioh.

Crucially, those (expanded) fights are entertaining, and the all-new stuff – especially a frantic, over-the-top, anime-as-hell fight with Yorimitsu, who will give you a taste of your own Soul Core-wielding medicine – is riveting. One of my biggest issues with the series’ past DLC, a lack of new common foes, is also addressed pretty well. There are some nasty, cool, actually-dangerous-again creatures to fend off.

If you got sick of falling into water or otherwise struggled to find your way through The Tengu’s Disciple, that’s less of a concern here. The stages in Darkness in the Capital aren’t as dynamic or evocative – a few fall on the more visually “muddled” end of the Nioh spectrum – but they’re painless to explore.

For a game meant to be replayed this often, that’s a fair trade-off. Longevity is a big consideration. 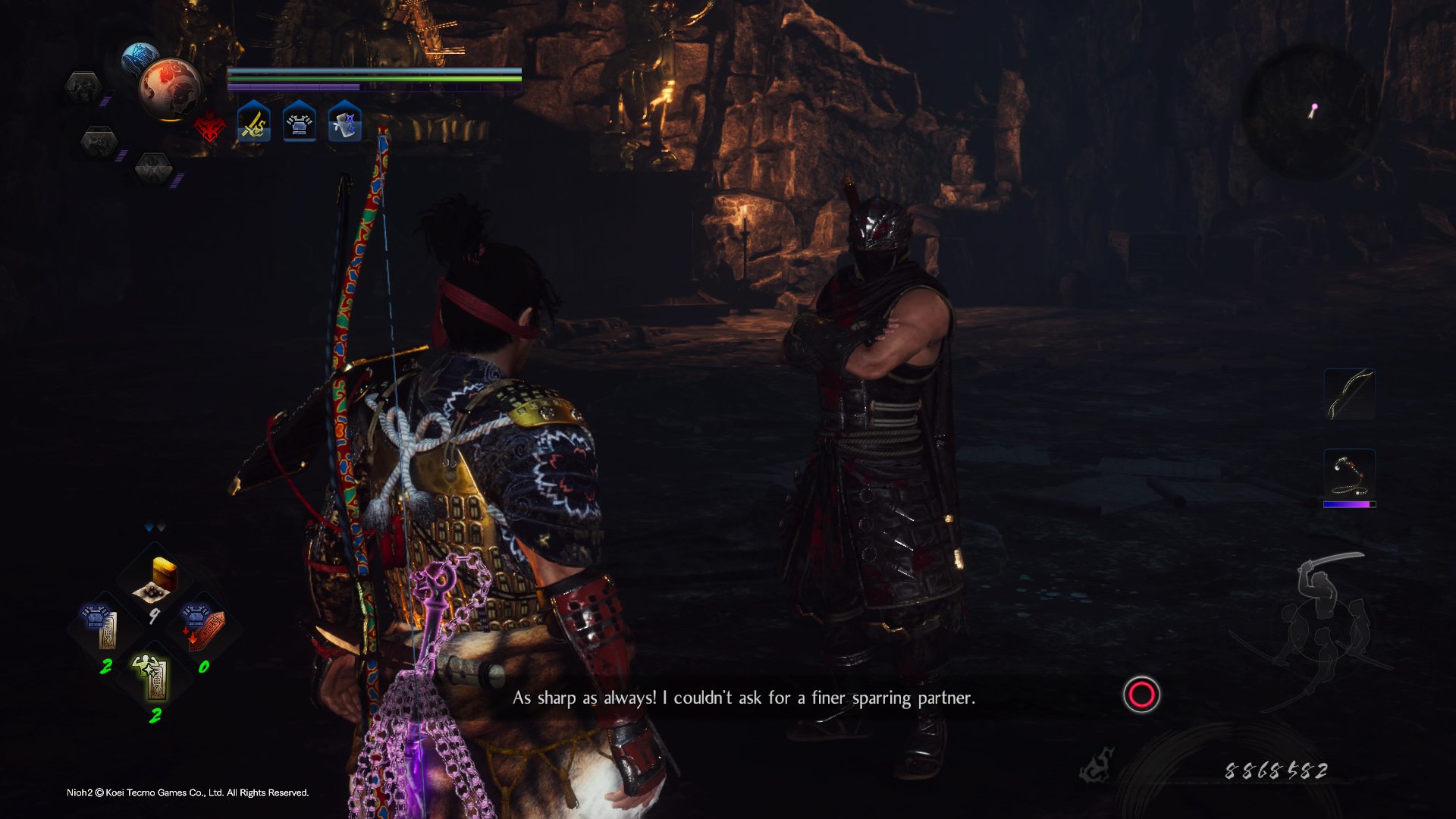 The new weapon type, Fists/Clawed Fists, has quickly become my second-favorite in the entire game.

Team Ninja did a masterful job of making sure every hit feels impactful, something I was definitely concerned about coming into this DLC. It’s a blast to brawl with even the most basic punches, to say nothing of weaving your dodges into slippery (bordering on out-of-control) aerial attacks. You just feel powerful using these things. This is still Nioh, of course, but the Fists are such a breath of fresh air.

If you’re thinking of picking up this DLC solely for this weapon, I’m not about to stop you.

To give you a ballpark, I spent around four hours clearing every mission while trying my best to find all of the Kodama. That’s just the starting point, though – I haven’t cleared Dream of the Demon, or come close to the absurd level cap (550), or gotten the shiniest of shiny Ethereal gear, or… the list goes on.

Even if the story doesn’t hit as hard this time around and the stakes, in general, can feel weirdly low (due in part to the self-contained time-hopping conceit), I can’t deny it: Darkness in the Capital is fun as hell. I didn’t expect to want to completely redo my build after falling in love with the Fists, but here I am.