Take some friends with you

The “friends” argument in the critical side of gaming is an amusing one to partake in. “Aren’t all games inherently better with friends?” people say. Well, no. There are of course varying degrees of success in which a game implements multiplayer that can directly impact the quality of said experience.

Necropolis is another perfect example of the nuance of that theory. It’s serviceable on its own, but I would only really recommend it if you have people to play with. 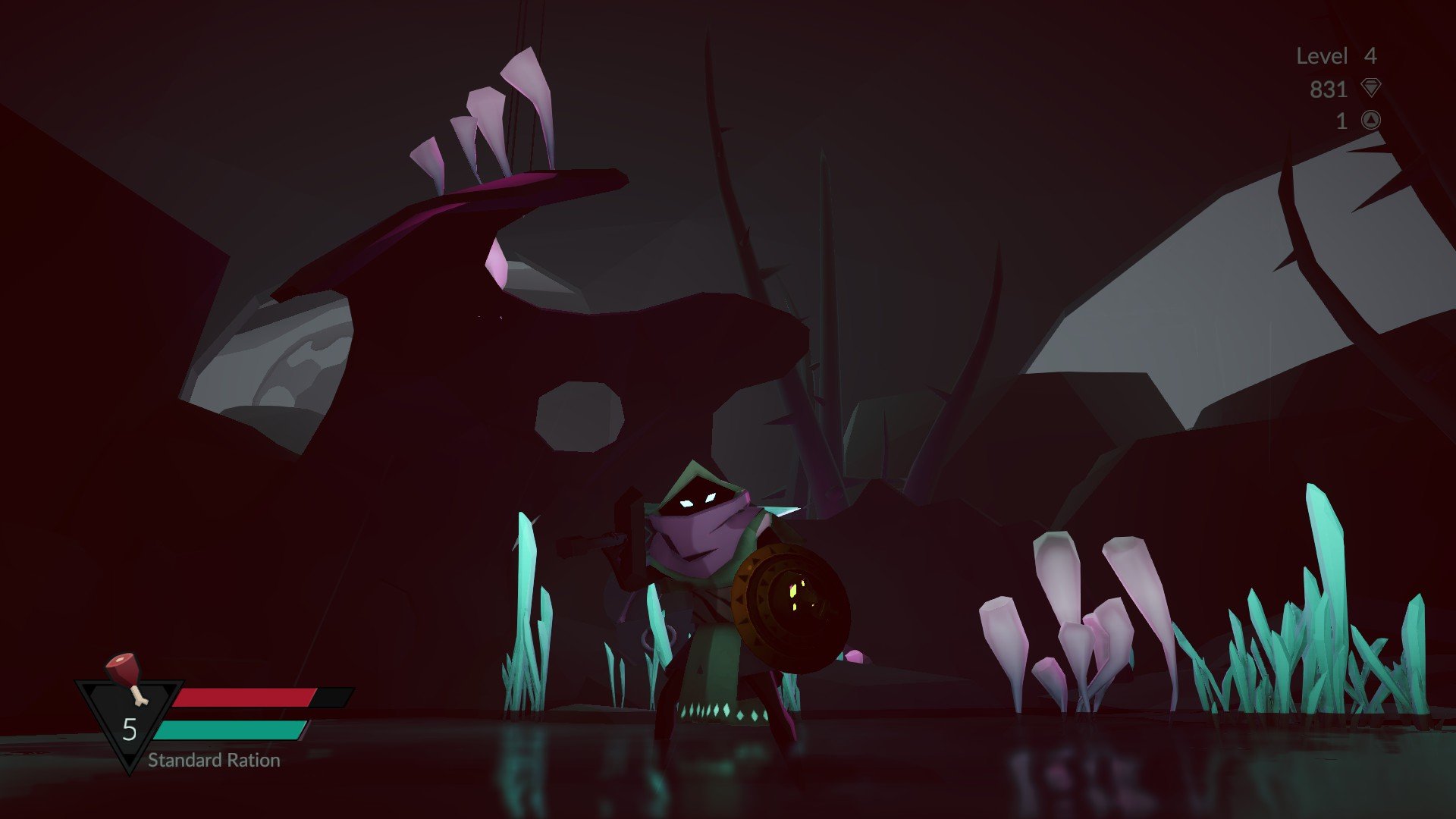 Necropolis feels like an unapologetic Souls homage at times. It has that cryptic story that’s often told through cave art and tiny bits of exposition (spoken in gibberish, with subtitles). The entire control scheme, by the admission of the developers, is modeled after Souls (even if combat and movement itself feel very different). But this time around, you’re playing a true roguelike — you don’t get to keep your equipment or progress if you die. Abandon all hope, ye who hate this genre! This is not your next Dark Souls.

Instead, progress is presented in a randomized dungeon-like manner each spawn. Harebrained Schemes calls them “living dungeons,” which is a fancy way to say “enemies attack each other sometimes and the layouts are different.” Rather than crawl through open-ended worlds, players will mostly sift through tunnel-like areas (for the first few floors at least), focusing on engaging enemies in combat and avoiding traps. Even after roughly 100 runs, it still feels mostly fresh. There are a ton of enemy types, and even then, once you start seeing the same usual suspects, their AI and tactics are tuned to the point where they feel fun to fight.

There are no traditional bosses in Necropolis, which is a ballsy enough move to cause a lot of people to say “I’m out” based on that premise. But to those folks I say “give it a shot.” I actually like how the game goes against the grain in that way — there are plenty of named/elite mobs that feel enough like bosses in later floors to make this feature moot. The main thing is that the team really nails the pacing. There’s no cutscenes to sit through, no droning dialogue (the writing is punchy and silly enough at times to make you perk up), and no waiting for a boss’ life meter to fill up. You just keep going, and if you don’t feel like engaging in the optional hub at the end of each floor (with two merchants and a codex podium, which I’ll explain momentarily), you can advance to the next level in roughly 10 seconds.

Combat also just feels great. Charged attacks have weight to them, and all of the different weapon types are fun to try to acclimate to. And since the layouts are random and loot is dropped by enemies, you’ll need to learn to get used to different types of weapons rather than lean on the same ones over and over. Dodging also has iFrames (invincibility frames), which comes in handy during some tense situations. Yet, there are a few big misses in Harebrained Schemes’ stalwart quest to adhere to the roguelike genre.

Most notably, the progression system became progressively dull the more I played it. The way it works is that players earn “tokens,” which persist after death — a common, cool idea for players to feel like they’re working towards something and provide positive reinforcement. But I feel like the team was not only a bit too cryptic with how some of it works, it also didn’t give people enough to unlock. The three biggest items to buy with tokens are codices (tomes), equipment locked away in chests at the start of each floor (which are lost upon death), and costumes, the latter of which are obviously just cosmetic.

Tomes provide static buffs that the next incarnation can pick up and use for any given playthrough, but you can only have one equipped at a time. Whether this was done to inflate the difficulty I’m not sure, but given that there’s only one character class at the moment (with more DLC on the way “if” Necropolis does well), there’s a distinct lack of customization that severely impacts my desire to go on more consecutive runs. I don’t need to be overpowered, I just want a way to alter my playstyle. The framework is there, it’s just not accessible.

Another problem is crafting — it’s not very fun. It’s wonderful how the game encourages players to fight everyone and acquire as many items as possible to survive, but three out of four initial recipes are for rations that essentially provide the same function of healing (sure, poison rations provide less and so on, but again, it blends). Beyond that, players will need to reacquire recipes for more fun items, most of which feel pared down and ineffective.

Remember that fatigue I was talking about due to a lack of content? It can be alleviated with three more friends, especially with some form of voice chat, whether you’re meandering down different halls or taking on a legion in a giant makeshift arena. Crafting also becomes less of a chore because each person can make their own specialty and drop it on the floor for everyone. Multiplayer adds several dimensions to the game that make it more worth playing. As a note, all files are saved on the host’s machine (no servers), there is no local play of any kind, and there isn’t cross GOG and Steam support, so plan accordingly. 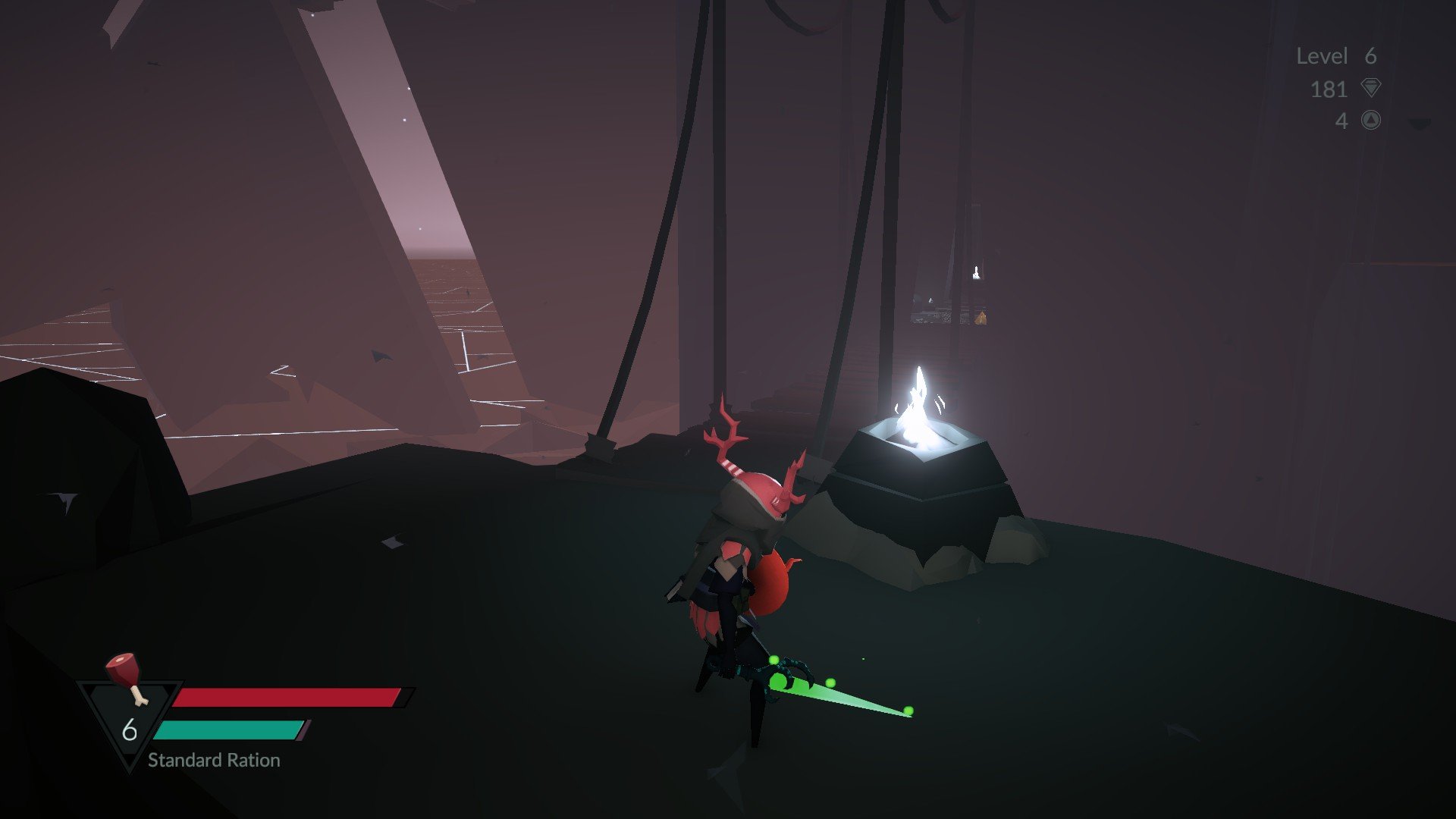 Can you play Necropolis by yourself? Only if you’re really dedicated to the idea of running the same series of floors over and over with the intention of making progress. Without company, the initial dungeons begin to blend together a bit, and restarting isn’t so much a pain from a pure skill-based roguelike standpoint, but a crisis of variety.