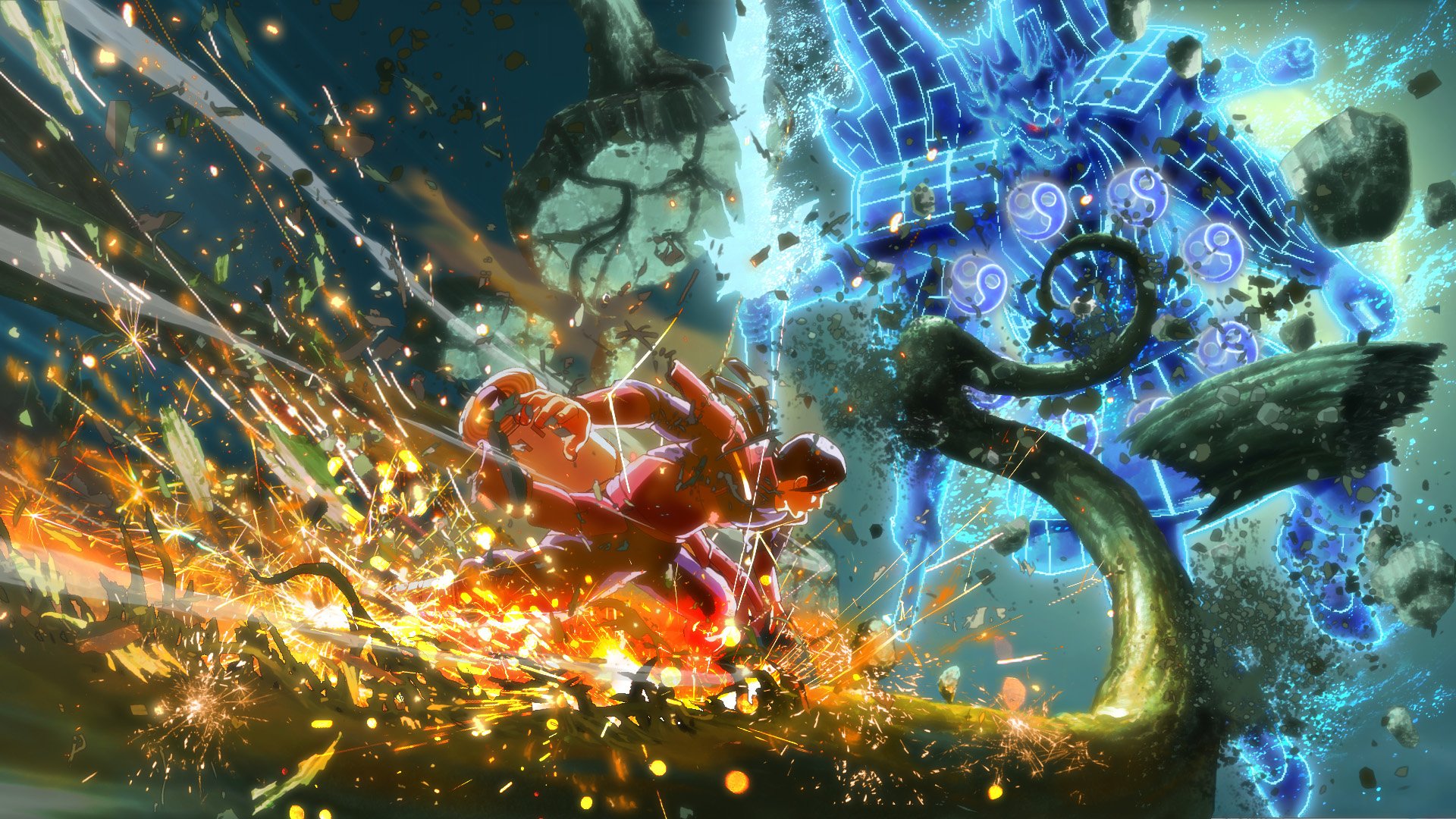 Simple, flashy, over the top

Almost a decade ago, in my mid-teens, I was hugely into Naruto. As a socially awkward nerd who had just discovered that Dragon Ball Z and Sailor Moon were part of a larger media genre, I spent years avidly following the adventures of the titular hero, Sasuke, and Sakura from their beginnings as trainee ninjas into adults dealing with complex issues.

And then one day, I just stopped following the series. The Great Ninja War had dragged on for over a year of manga chapters, with diminishing amounts of weekly progress killing my interest in continuing to read. I still cared about seeing a resolution to the story some day, but I convinced myself it would be easy to jump right back in when the series reached its conclusion.

Last year when Naruto‘s manga came to a close, I tried, unsuccessfully, to reproduce my initial enthusiasm and finish the series. Naruto: Ultimate Ninja Storm 4 provided an abridged recap, a final chapter in the saga, and the closure I needed to put the series aside. 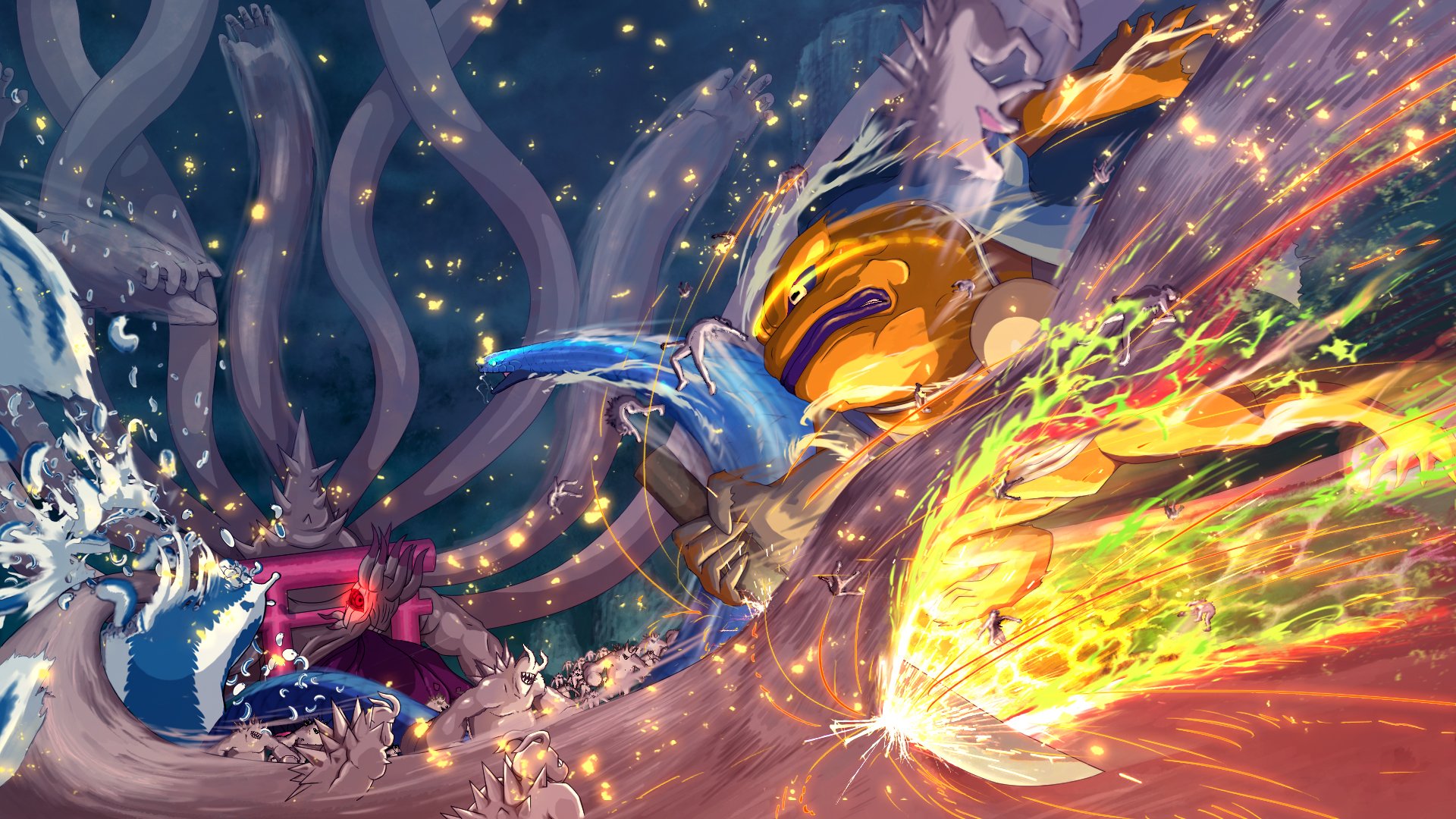 Much like the previous Ninja Storm games, this is a combination of 3D multiplayer fighting with a truncated re-telling of the story of Shippuden. Starting in the midst of The Great Ninja War, Ultimate Ninja Storm 4‘s story mode tells the same tale as the manga and anime, cutting out any side action and pruning what’s left to the bare essentials. Where did Kakashi get his Sharingan? Who is the guy in the orange mask? Will Naruto ever convince people to “believe it”?

As a reminder of the story’s progression and to round off my enjoyment of Naruto, Ninja Storm 4 was a solid, satisfying experience. Featuring full English and Japanese voice tracks from the cast of the anime, the story mode tends to switch between ten-minute chunks of anime cutscene and short fight sequences as appropriate. There’s an awful lot of watching compared to playing, but as someone looking to get through the story, that suited me just fine.

The combat, which remains unchanged between the single-player story and multiplayer modes, favours style over substance. Characters use the same combo button presses and control in much the same way as each other. The primary difference between the cast is in visual flourish, the speed at which they move, and the type of over-the-top special attack they employ. It’s designed so that once you have wrapped your head around controlling one character, you can switch and play as another with very little additional practice needed.

In versus mode, you pick three characters from which to build a team. While you can switch characters mid-battle, the most interesting aspect of team selection is that pairing together characters with pre-existing narrative ties can result in the ability to perform special combination moves unique to the game. Put Sasuke and Naruto together, for example, and you’ll see a pretty cool-looking lightning Chidori Rasengan combination attack.

This simplification of combat mechanics is, in many ways, a welcome blessing, as the roster in Ultimate Ninja Storm 4 is enormous. There are multiple variants of the main cast with unique move-sets, everyone from end-of-the-story villains to minor characters. I spent hours with the game just trying to see every character’s top-end skills pulled off, and am well aware there’s a whole bunch of combination attacks I still have not seen.

Naruto Shippuden: Ultimate Ninja Storm 4 is fairly simple as a fighting game, and has evolved little mechanically over past iterations. Thankfully for me, it really didn’t need to do either of those things. It’s an extravagant, over-the-top spectacle where you get to watch teenage ninjas blow up chunks of the planet using magic attacks, and that’s pretty cool.

If, like me, you fell off the Naruto bandwagon during the early parts of Ninja War, it’s a great way to put a few hours in and still know how the whole narrative ended up playing out.