From the beginning, Mushroom 11 establishes itself as something different. Though it has been done before, the whole concept of traveling from right to left in a 2D game can still be jarring simply because of its rarity. It sends the message: “You will not be doing the same stuff you’re used to doing.”

Throughout the seven levels, it mostly delivers on that message. Though it can be described as a puzzle-platformer in general terms, there is no jump button. In fact, the central control scheme is like nothing else. Some familiar challenges and solutions show up, but the unique control forces a different kind of thinking than traditional puzzle-platformers have required. 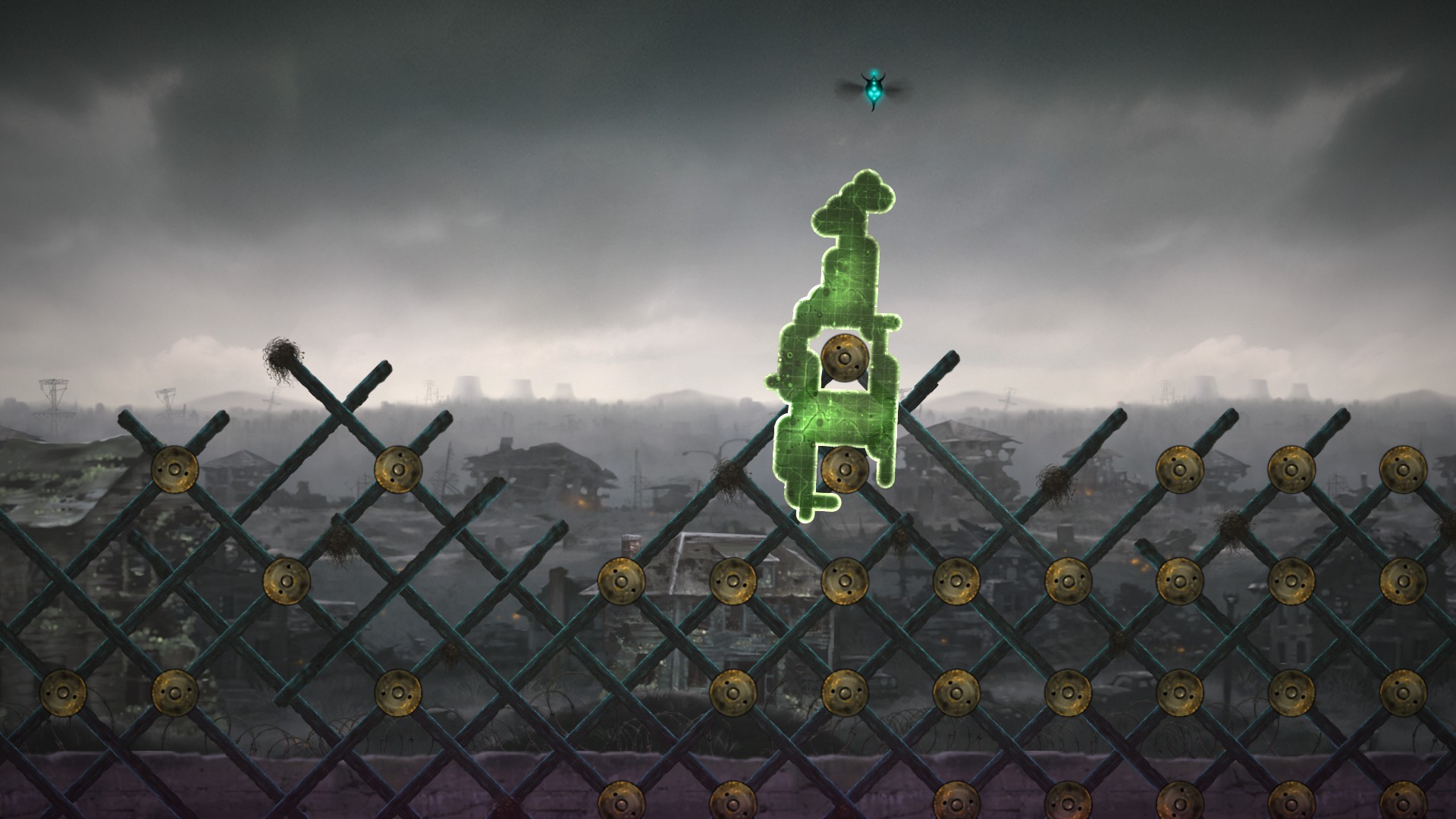 Creation through destruction is a central theme in Mushroom 11, represented both in its story and its gameplay. Here, players control a green slime mold with a peculiar trait: it will always try to maintain the same number of cells at all times. If one dies, another one grows anew.

The kicker is that the new cell can appear next to any other currently living cell, so long as there’s space for it in the environment. It can show up near where the original cell died, appear on the other side of the organism, or manifest in a totally different location if the mold has been split into two or more chunks.

Instead of direct control over the blob, players are given what’s basically an image editor erase tool. Click in a spot to designate a circular area that will destroy any cells within. Right click for a smaller circle and finer control. That’s all there is to it.

The control scheme sets up for some great physics-based puzzling. Early on, the challenges are in reaching high objects, climbing steep walls, and clearing small gaps. Most are small feats of engineering, requiring the creation of towers and bridges with the ooze.

Sometimes, this brings about a sort of “leap of faith” situation, where it can take ten or more minutes carefully constructing a shape that fits a puzzle’s needs and very nearly clears an obstacle, but for the last push it requires a quick erasure of everything but the tip. It’s a huge relief when it works, but an incredible bummer when it fails. Those who err on the side of caution may spend a lot of time tediously trimming cells one by one, hoping with each destroyed square, the new one will pop up in a desirable location.

That example is a subset of one of my biggest problems with Mushroom 11. The cardinal sin of a physics-based puzzler is when the player knows the solution but cannot manage the execution. The tedium of the slow approach is one thing, but a small handful of puzzles get downright infuriating due to the semi-random nature of the cell growth. There was one in particular in the seventh stage that had me second-guessing my solution after almost an hour spent on it. I had the right idea, I was just not quite fast enough. When I finally did complete it, I didn’t feel like I had done anything fundamentally different that time than I had during the hundred previous attempts. 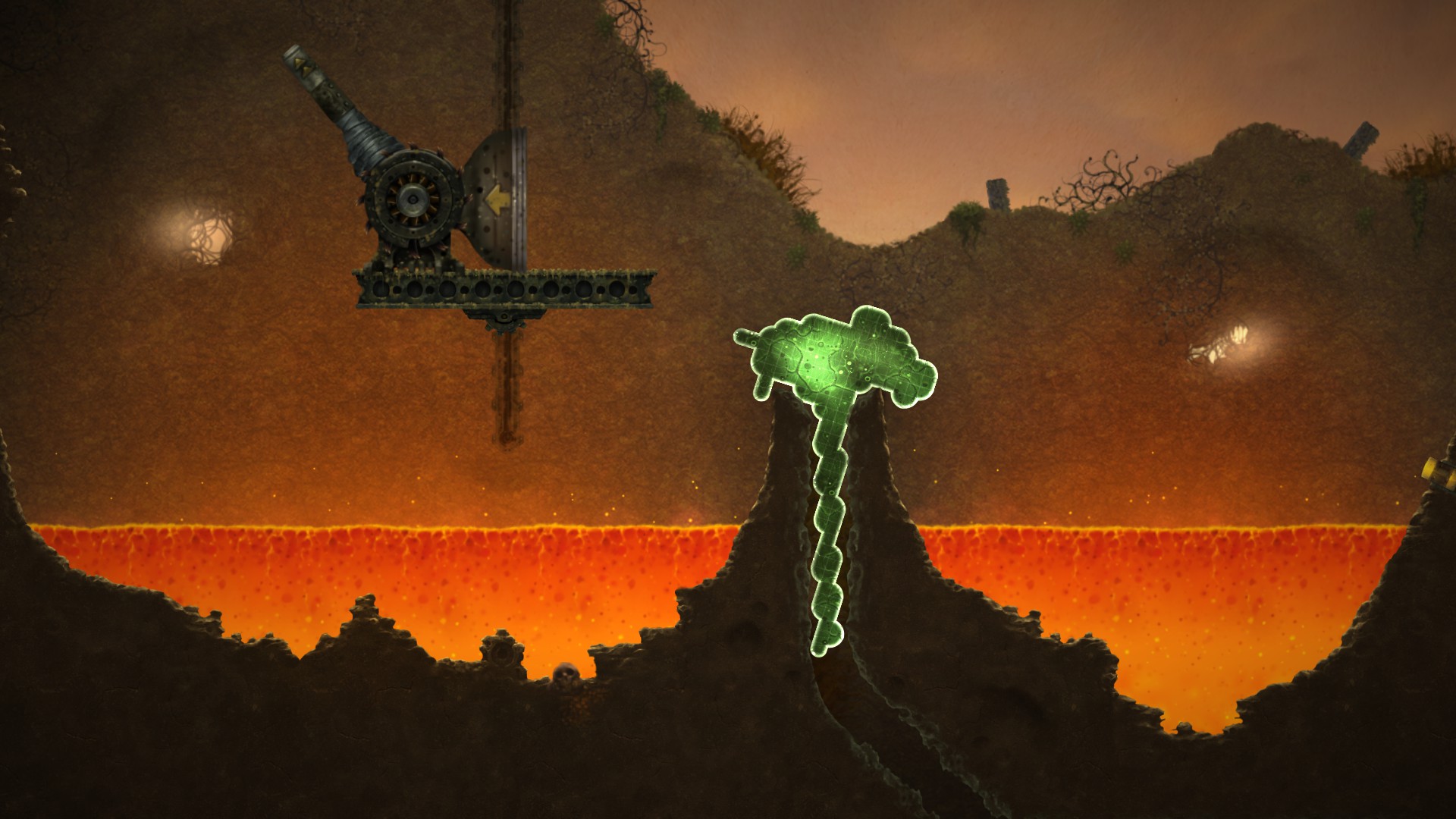 In broader terms, the difficulty of Mushroom 11 was a surprise. The first couple levels can be easily completed in less than a half hour. The next few clock in at under an hour. The seventh stage took me as long to complete as the other six combined. It is not messing around. Early on, a lot of the greater challenges are optional, rewarding players for exploration or going the extra mile. At the end, some of the mandatory challenges almost made me quit and the optional ones seem damn near impossible. I eventually had to take a break because my finger was sore from how hard I was holding down the mouse button.

It’s almost as if Mushroom 11 transitions from being a puzzler to an action game during the final act. Not only do some of the sections require precision, they also demand speed. The control scheme can provide for either on its own, but having both at the same time can take a bit of luck.

The world this all takes place in is strangely beautiful. It paints a picture of an earth after humanity, full of desolation and decay. Each level has its own look to it, but the trend is toward less machinery and more nature as the game progresses. Humans may be gone, eradicated or forced to flee, but life still goes on in their wake. Again, creation from destruction. 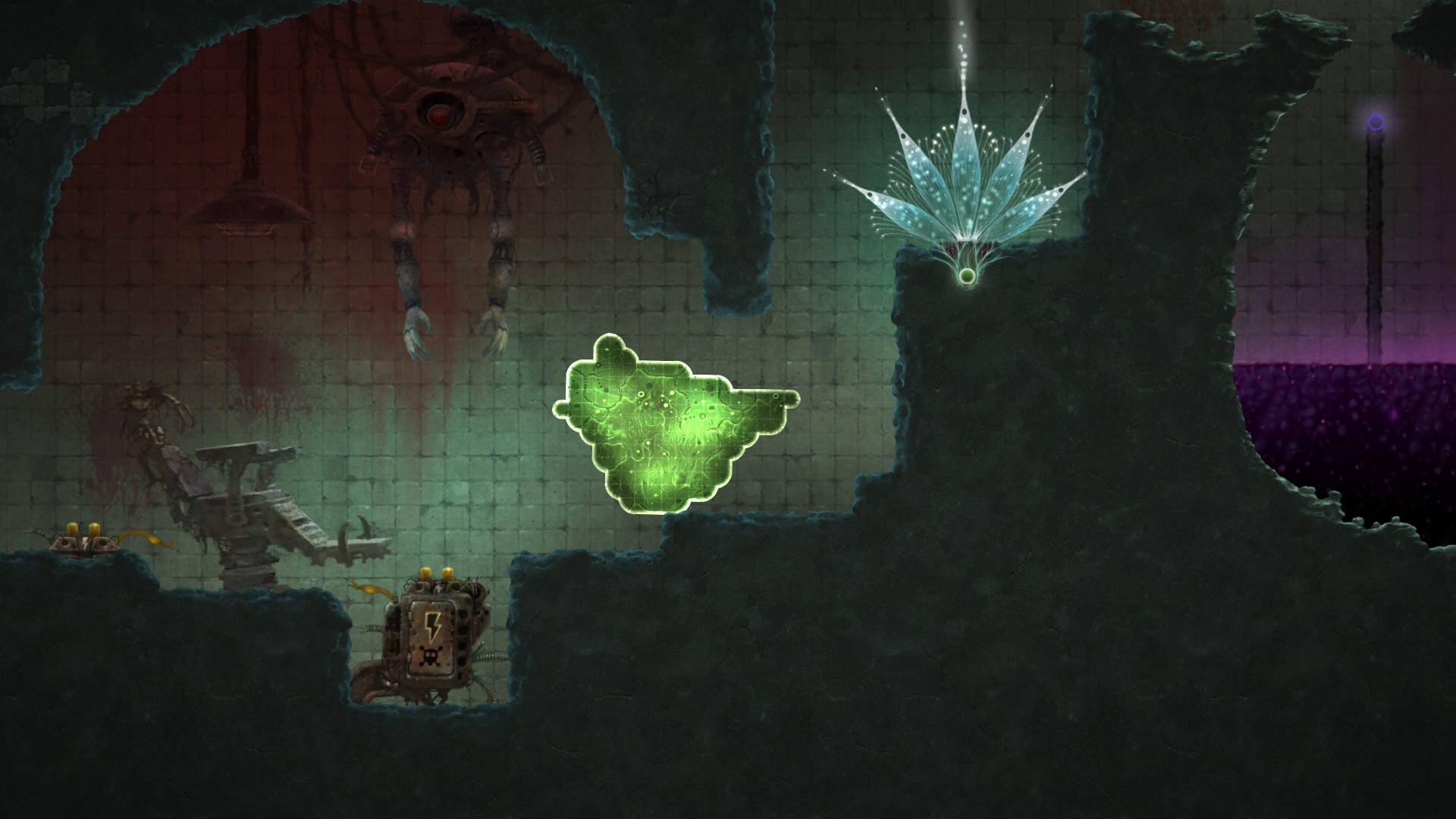 Overall, Mushroom 11 is a worthwhile experience. It has its missteps, most notably when its puzzles favor brute force over elegance or when it doesn’t play to its unique control scheme’s strengths. But its uniqueness is its greatest asset; there isn’t anything else quite like it out there, and it takes a different kind of thinking to get through.