In over 30 years of playing video games, there is no franchise I have spent more time with than Mortal Kombat. It dates back to 1992, with your boy plugging credits into an arcade that had so few buttons installed that we didn’t even have Low Kick. I was besotted with Midway’s fighter and remember – as if it were yesterday – the first time I ever encountered Goro or saw a Fatality. I had a notebook of moves I’d study in efforts to be the best. I would draw pictures of the characters – even invent my own – and spend every weekend engaged in battles to the death, culminating in a tediously repeated story where I had the shit kicked out of me for real following a Kano mirror match. Old-school salt, folks.

The 1993 launch of Mortal Kombat II was something else, and remains the most exciting video game release I’ve ever experienced. From clips glimpsed on TV shows, to rumours printed in magazines, me and my friends were almost shaking with anticipation to get our hands on it. It was such a step up in every way. Damn, that intro… and when Liu Kang turned into a fucking dragon… You could be Shang Tsung. “Friendships?” And who the hell is “Jade”? What a time to be alive.

I love Mortal Kombat. I’ve purchased every release on launch day and while some of the entries pushed me away, others I’ve pumped thousands of hours into. Now, some 27 years since those unforgettable weekends, here I am, covering the eleventh entry in this notorious franchise. So forgive this decidedly self-indulgent intro, but this is a strange “coming-full-circle” moment for me, and it makes this old sap pretty emotional.

Today’s MK looks worlds apart from its ’90s origins. But The Fight remains the thing. A three-round showdown with pride, vengeance, and the fate of the universe on the line. Maybe you’ll emerge victorious, maybe you’ll emerge as a bucketful of guts. But either way, don’t be disheartened because – as every true fan knows – the essence of Mortal Kombat is not about death, but life. 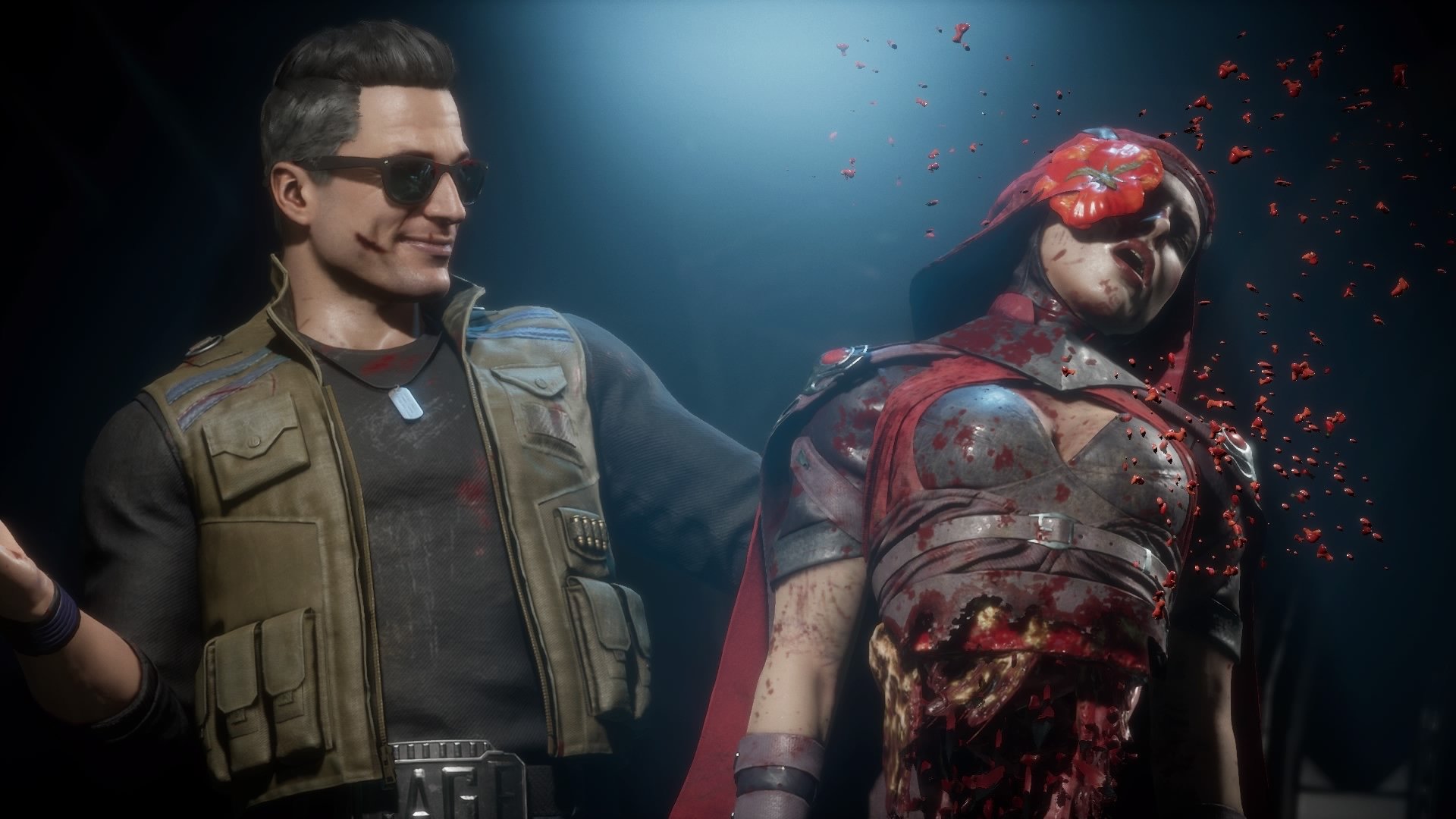 Upon diving into one of Mortal Kombat 11‘s many fight modes (or very useful Tutorial), it becomes instantly apparent that NetherRealm has taken great strides to change the way MK fundamentally works. Fights still maintain the pace of recent entries, albeit with what seems to be less emphasis on rushdown than the panic-inducing MK X, but movement has been overhauled, presenting the biggest effort to change the base mechanics in years. Some of these changes are instantly notable, such as the removal of Run, the reduction of dash distance, and the Crush Counter-style Krushing Blows. But digging deeper unveils a world of new offensive and defensive options, designed to shake up the MK scene entirely.

Kombatants can now dash into strikes, cancel a block into a dash back, and even perform a King of Fighters-style “Hop.” Jump punches transition into combos, while jump kicks are reserved for juggle potential. As if these weren’t huge enough, players can spend Defensive Meter to roll out of knockdowns and perform “Breakaways” to prevent juggles, while using Offensive Meter to perform armoured wake-up strikes. Even blocking has changed, with the new Flawless Block mechanic rewarding players who stick their arms in harm’s way on the frame of impact. Brave new world. Not all of these changes resonate so well. The free-to-use Fatal Blow mechanic (replacing previous entries’ X-Rays) is still a momentum killer, with lengthy, repetitive animations upsetting the flow of the fight.

But this is one of the very few gripes about Mortal Kombat 11‘s great gameplay. While I loved the high-speed chaos of MK X, fighting games must evolve or die, and all of the above combines to present what could prove to be the deepest MK in the series’ history. It can be difficult to know how new fight mechanics will play out in the long-term. But for now, Mortal Kombat 11 assuredly offers the most mid-match strategy options the series has ever seen.

Mortal Kombat 11 looks and sounds fantastic. The best character models in the studio’s history slap-fight on a range of wonderfully detailed stages (always NRS’ biggest strength) including a gorgeous willow garden and a cleverly conceived boss stage. Neat voice acting brings the characters to life, though intro dialogue is pretty dreary compared to previous titles, with only mega-asshat Johnny Cage and his kid Cassie showing any real charisma. In terms of online play, I’ve so far found MK 11 to be as solid as any other major fighter, with only the occasional piss-poor connection interrupting strings of stable fights. I’m pleased to report that rage-quitting has also returned as a feature.

When not kicking names and taking ass, players can dig deep into a wealth of single-player content. But this is where MK 11 finds its double-edged katana. While there are all sorts of intriguing modes on offer, arcade ladders with goofy endings, and the new character customisation feature neatly transported from Injustice 2, Mortal Kombat 11 quickly reveals its content unlock structure. And it’s a notable problem.

Without boring you with all the details – because you could genuinely write an essay on the minutia of this – almost everything about The Krypt, Towers of Time, and Customisation is built around a convoluted and thoroughly unlikable grinding mechanic. Players earn Koins in battle, along with Souls, Hearts, and Keys which are then spent on unlocks. However, the game actively fights your ability to earn unlocks. The Towers of Time are stacked with incredibly unfair (even impossible) fights, with button-reading AI, all manner of hazards, and the deck stacked shamelessly against you. This is to encourage the use of “consumables,” – also earned in-game – which allow you to bypass fights, add armour, or provide other tricks specifically designed to allow you to win. This is just the tip of the iceberg.

As another random example, if you want gear for a certain character, you are charged in-game currency to unlock a special ladder rewarding you with their gear, with each subsequent ladder then increasing in cost. The Krypt itself is now randomised, so no guide can point you to specific treasure. And these treasures – locked inside expensive chests – include basics such as win poses, taunts, and intros, let alone Brutalities or cool skins. There’s even a crafting system which, rather than adding depth, just makes the road more wearying.

Outside of the actual fighting, almost every other element in Mortal Kombat 11 is designed around hours upon hours of tedious grinding with – you guessed it – currency such as Time Crystals available to purchase for real moolah. You can earn everything in-game without spending money, (in fact for most items there isn’t even a real money option) but it would take the average player so long to grind for everything that it can barely be measured. We’re potentially talking months, years even. It should also be noted that due to this important reliance on currency, many modes in MK 11 require a persistent online connection. Overall, the grind-heavy structure is a serious blot on MK‘s earned reputation as the best single-player fighter available and, in its current state, haunts the game. 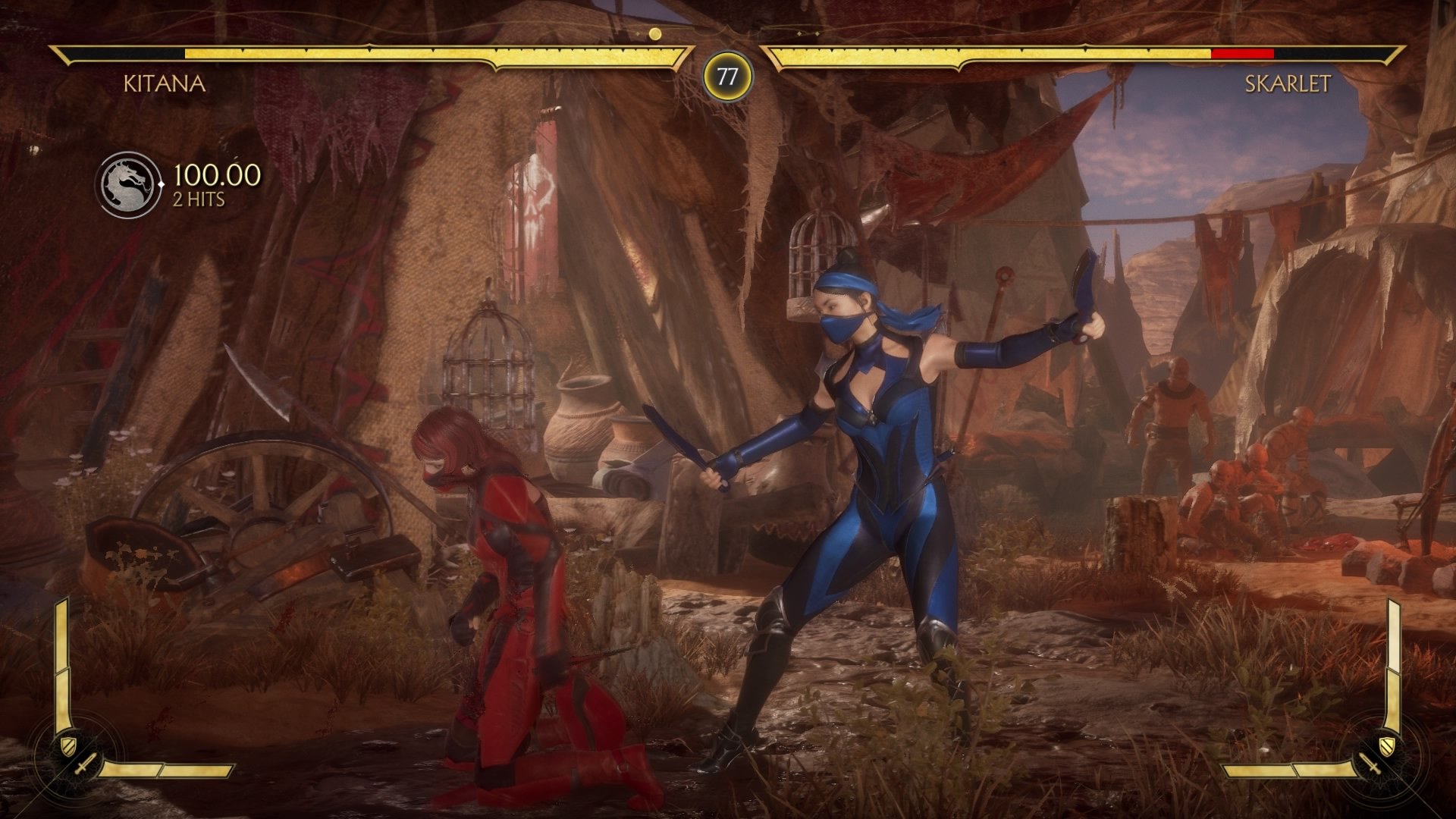 If you’re a massive fucking lore nerd like me, then you are probably excited for the latest entry in the Mortal Kombat storyline. As usual, story mode consists of multiple chapters, with players taking control of various kombatants through a busy, time-hopping tale which involves Not-Tilda-Swinton-Honest villain Kronika manipulating timelines in order to create her own personal “New Era.”

Our heroes find themselves leaping across the realms, engaging in a ton of brutal fights while everyone learns a lesson about mum and dad (well, not quite, although parenthood is a very heavily featured theme). As a narrative, it’s pretty good, falling somewhere between MK 9 and MK X in terms of quality, though it does have a bizarre gun fetishism going on, with almost as many “cool” shootouts as there are fist fights. Kudos to the cinematography, as it is directed with a flair for the dramatic, giving it a genuine cinematic feel.

Story-wise, motivations get messy and everything sort of loses its way from about the halfway point, culminating in a climax that will lead many of the MK faithful to roll their eyes a little with familiarity. But overall it’s definitely a fun, action-packed tale, with a few genuine laughs and a particular moment between Raiden and Liu Kang that had the long-term fan in me wetting himself with delight. 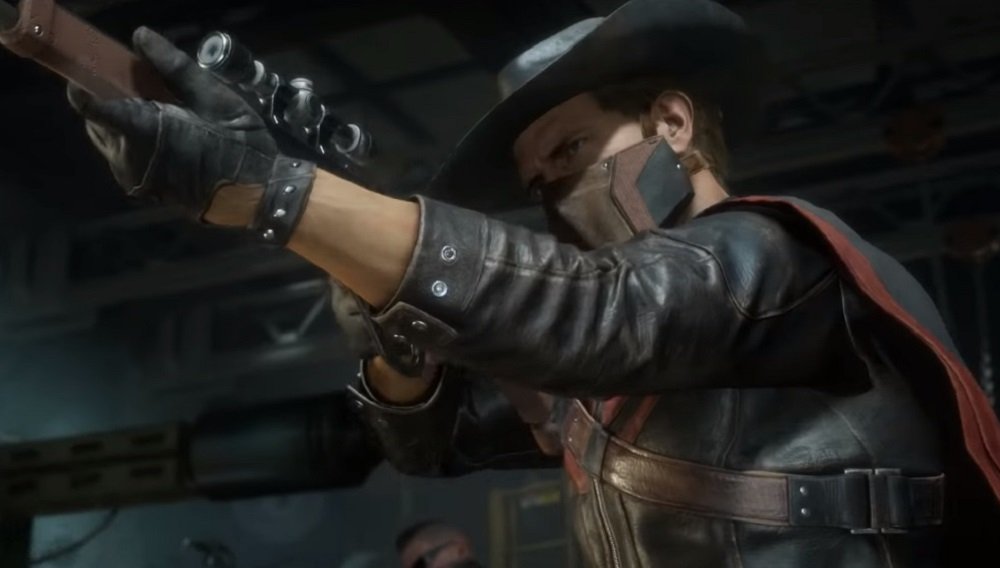 Mortal Kombat 11 is a product of two halves: an excellent fighting sequel that takes steps to reinvent itself as an exciting new take on the franchise, and a tedious grind that exhibits the worst of gaming’s business practices. MK 11 could go on to become the series’ best entry, but the “big business” elements are currently playing tug ‘o’ war with the gameplay elements. Regardless, if you just want to pick your favourite character, kick some ass, and nothing else, then MK 11 will deliver what you desire in spades. Not what I desire, though. I desire my long-long-term gal Sindel. Where the hell is she?

Nearly 30 years later, Mortal Kombat still deserves to hang in the top-tier of fighting games. With improved visuals, overhauled mechanics and exciting strategic potential, MK 11 offers a brilliant fighting experience. Unfortunately, the overall fun is bogged down with miserable modern-day business practices that frequently pump the brakes on your enjoyment. The Fight is the thing, however, and as long as the fists are flying, then Mortal Kombat 11 packs a helluva punch.