High on charm but lacking in substance

Dejobaan Games is probably best known for the crazy AaAaAA!! – A Reckless Disregard for Gravity but Monster Loves You, co-developed alongside Radical Games, is totally different from the studio’s previous title. It’s a kid-friendly, interactive story that’s light on the interaction and big on charm.

If you’ve got children or younger relatives, then this will be a fun way to keep them occupied. Older gamers will probably burn through Monster Loves You without any trouble.

Monster Loves You could best be described as an interactive novel. You’ll guide the development of a monsterling from its birth all the way to multiple story endings, picking a solution to a variety of challenges in your way. There’s not much interactivity outside of these story choices, although you have some big decisions to make at each stage of your monsterling’s life, all of which will affect the end game. 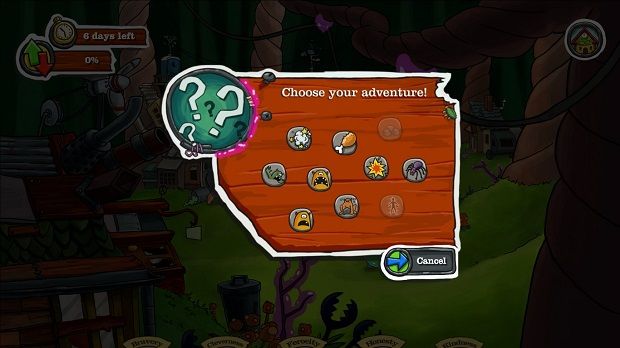 At the start, your monsterling will be born in big tank of slime, you’ll be given choices that will start to shape its appearance, and it will gain early attributes. Your monster will gain points in Bravery, Cleverness, Ferocity, Honesty, Kindness and Respect, all of which will come into play later on in the game. For instance, if you own up to breaking something, you’ll gain points in Honesty; blame it on another monster and you’ll gain points in Cleverness. Each scenario you come across will give you two or three options as to how you want to see things play out.

You monsterling will eventually grow up to be an adolescent and develop even more once it moves to the town of Omen. Here there’s more adventures to be had before again, it’s time to grow up. Eventually, your monsterling will be grown up and having its first encounters with humans, who are the age-old enemy of the monsters.

It’s here where any respect gained from encounters really starts to matter; there’s a split in the story where you can interact with either monsters who are debating various matters involving the humans or even humans themselves. You may want to pursue an agenda of fighting the humans or maybe even try to broker peace between the two races. 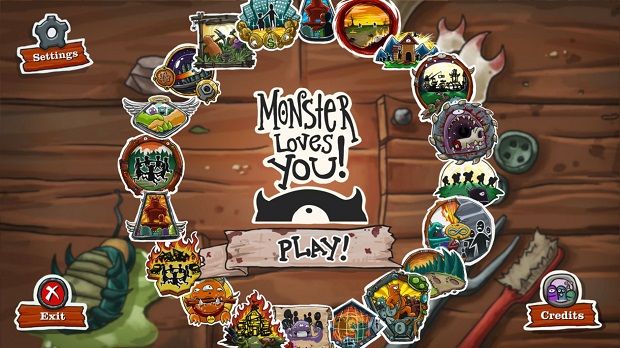 If you’re playing with kids, then the story choices really resemble a child’s book where you’re illustrating life lessons; my playthrough pursued a path of of honesty and kindness and resulted in the monsters making peace with the humans.

It left a warm, fuzzy feeling inside which is surely the type of thing you want to impart to impressionable kids. That being said, there are multiple endings in Monster Loves You, even to the point where the game can end much earlier than a full play-through.

It’s only in the latter stage where there’s slightly more involved gameplay; when you make a certain decision there will be a check made against the points that you’ve accrued in your various attributes. So, if you want to make a decision which needs Bravery then there’s a check to see if you’ll succeed, but this is all done in the background.

Even though your stats are numbered, there’s no point value tied to the decisions; there is an animation of a dice roll but it’s never explained how well you did. It’s slightly frustrating to see but at the same time, it wouldn’t mean much to a younger player to see lots of seemingly numbers pop up when they’re trying to tell a story. 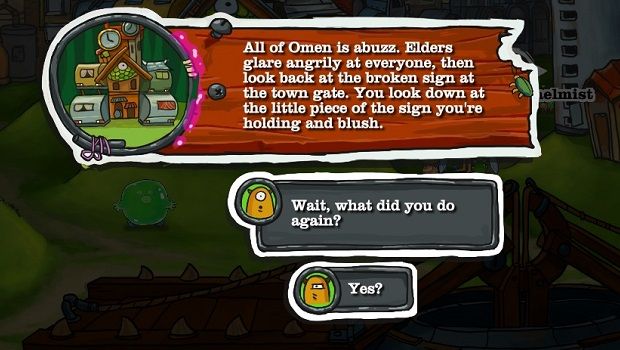 Depending on how you approach the game, you can finish a playthrough of Monster Loves You in 30 to 40 minutes. Unless you want to see how the different endings are worded, there’s not much reason to return to the game. Again, if you’re playing this with kids, it’s easy to see them wanting to know how the stories pan out.

There’s plenty of scenarios and you won’t encounter each of them in a single playthrough, especially the neat references to fairytales and popular stories. In my playthrough, my monster foiled the schemes of a Dr. Frankenstein-esque scientist.

If you go into Monster Loves You with the knowledge that this is really an interactive story for children, then you can get plenty out of it. It’s quick to get through and packs the same kind of charm and sweetness as a good kids book but it really is a game designed for younger gamers. If you’re looking for in-depth mechanics, then there’s really not much on offer here but given the target audience, that is understandable.