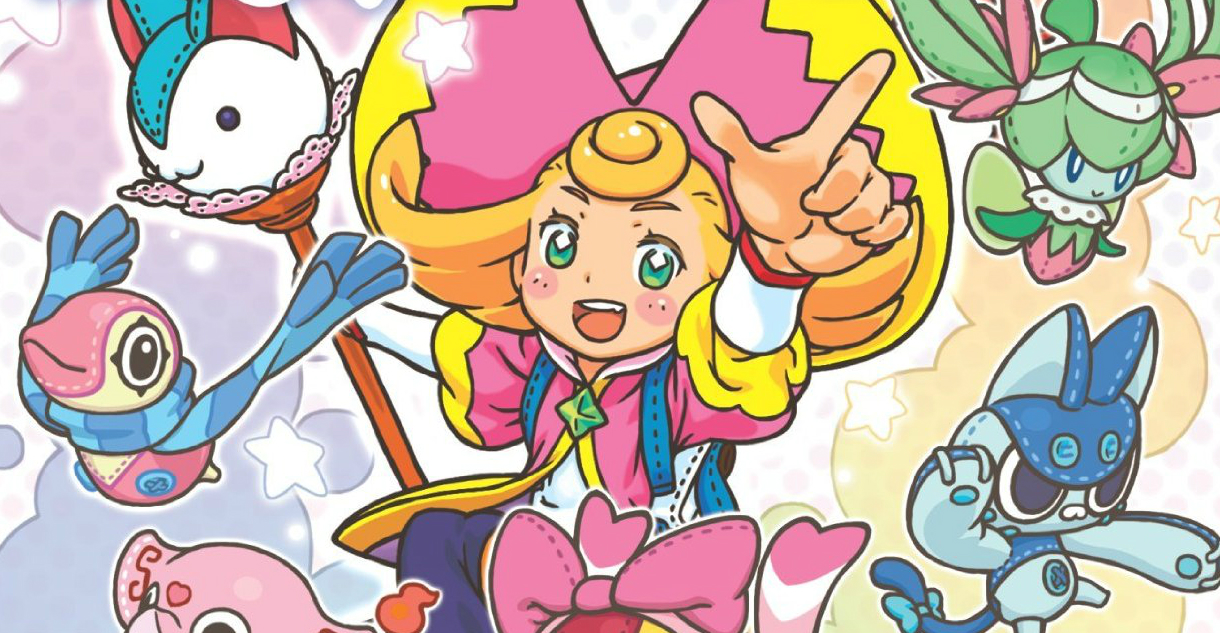 Gotta sew them all

While the concept of catching cute monsters and battling them is innately linked to the iconic Pokémon series, I’m hesitant to plaster the word “clone” over similar games, as RPGs have had party-based systems for decades. But every so often a title comes along that’s so close to that concept, comparisons are unavoidable.

Moco Moco Friends is one such game, but it doesn’t hit most of the same high notes.

Moco Moco‘s main conceit lies with “Plushkins,” which are described as “cute but violent” creatures who can only be controlled by witches. Moco, the titular witch, has just graduated. She wants to be the very best — naturally — and is on a quest to obtain the Stella Medal. That’s all you’re really getting in the way of a story, so be warned.

Despite the shallow setup, the presentation is undeniable charming. Creatures are literally sentient stuffed animals, and the cast consists of characters like a dog who is afraid of going bald to a talking cat-head staff. Every character is so amazingly upbeat, including some of the adversaries, that you can’t help but smile while playing. It helps that the in-game character models are well animated, but the artwork is generally faded, and the dialogue font just looks…off. It’s obviously translated for the English release, but all of the vocal work is raw Japanese — which is fine by me, but may be jarring for others.

Additionally, don’t get your hopes up over the prospect of exploration. This is mostly a dungeon crawler. Most of the game’s chapters consist of an errand or object that’s found at the bottom of a dungeon, which can be accessed in list format in the hub world. It’s fun, but repetitive, as most of the areas look the same and the mazes aren’t all that complex. Rooms are linked in a box-like fashion with very little deviation, and enemies are visible on-screen, initiating a combat sequence if touched. You’ve seen this all before, I’m sure.

Combat is thankfully a tad more nuanced. Each party member boasts a separate set of skills, which can range from offensive magic, to healing powers, to party buffs. Creatures also belong to a pool of elements, which counter each other in a rock, paper, scissors type fashion. Selecting abilities instantly using the d-pad or touch screen is a cinch, and the fast-forward button makes trash fights much more manageable. As time goes on, bosses start to get tougher, and while it never really reaches the point of becoming overly challenging, this is a pretty competent RPG all told.

Once you return to the hub though, Moco‘s world starts to shrink back to size. There’s a crafting station, item shop, and a garden that grows in real time, but that’s about it. Players can use yarn to create new monsters, which is kind of cool (there’s 120 to capture in all), but tedium will likely start to sink in after 10 hours or so when you delve into dungeon after dungeon. While I did enjoy acquiring new party members and items on a consistent basis, this isn’t something I’d recommend playing for hours on end.

Beyond the cute veneer, Moco Moco Friends is a slightly above average dungeon crawler with a decent crafting system and serviceable combat mechanic. At this point, there are so many better games to choose from, but if you can’t get enough RPGs, Moco is ready and willing to accept your call.