George Carlin said baseball was known as America’s national pastime because “it takes so damn long to play a game.” He was right. Never is this more clear than in playing simulated baseball in a videogame. While it does often retain the fun and excitement of being at the ballpark, it can also unintentionally include the tedium as well. 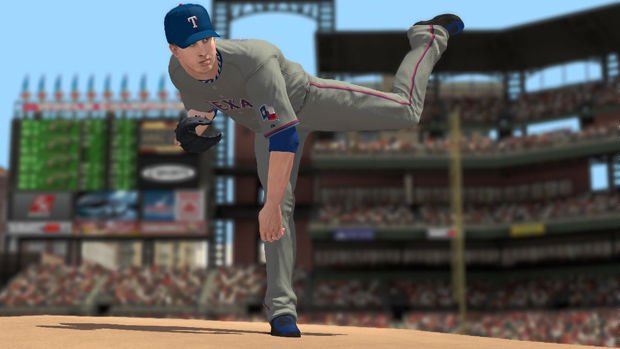 Let me get this out of the way right now: if you’ve played last year’s iteration of the game (or even 2K10), this year’s MLB 2K remains virtually unchanged from previous versions. With the exceptions of a few coats of polish, updated rosters, and some other minor tweaks here and there, it’s the same ballgame from before.

That said, while the majority of the framework remains the same, graphically there have been better touches throughout making character models more realistic (though somehow more dead-eyed than usual), and everything seems brighter and more vibrant. Animations still have some stagger and hiccup, but nothing I hadn’t seen in previous years. The menu presentation, however, will make you wonder if you’d accidentally purchased last year’s game.

However, when it gets down to gameplay we finally see some improvements, but to be fair, they are minor. Pitching now comes with a caveat: throw the same pitch over and over, despite your catcher’s suggestions, and the hitters get wise and start anticipating what you’ll throw. Switching up your pitches is now more important than ever, as batters will hone in on what you’ve thrown and make you pay for it with a base hit. 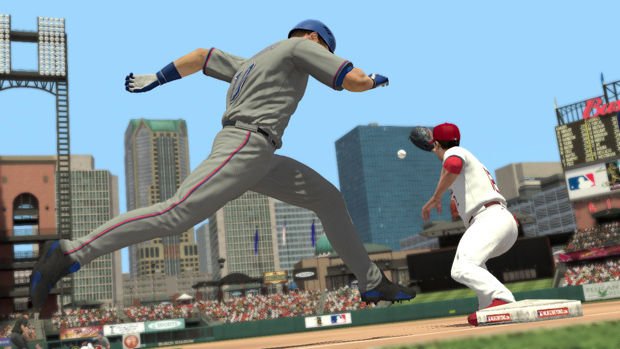 It’s with these hits that suddenly, gameplay falls apart again. Fielding here now seems unnecessarily tough, with meters appearing to determine whether or not your throw will reach the base with enough power, or even at all. Sadly, even without these meters, your fielder may not be sure where to throw or how, as they stutter through animations and allow runners to score before finally deciding to throw to where the runner used to be. Evidently, it’s all determined by whether or not the fielder’s feet are both planted before he throws, but when charging a ball and trying to stop a runner from scoring, who has the time to wait for a fielder to stop moving?

If you’ve never played an MLB 2K game, this can be very frustrating, as the game itself gives no coaching to newbies. There are a few training drills, but they’re slipshod and don’t detail enough of the controls. The same can be said for pitching and hitting: while throws and hits were usually done with flicks of the right analog stick, I had to eventually switch to the “classic” mode of “press button to throw/swing” as the drills provided no marked improvement to my game. The analog stick movements may have awarded a bit more precision and immersion into the simulation, but overall I found them to be more of a nuisance than anything.

The other gameplay modes also end up being carbon copies of previous years. My Franchise and My Player are back, and while My Player tricks you into thinking you’re setting up a unique player with specified skills (a heavy hitter or a strong-arm pitcher, for example) with the point distribution suggesting how to improve your stats, the layout and feel are still the same as before. And while it may be deep, unless you want to live out your Moneyball fantasies, My Franchise is the RPG of baseball simulations and is perhaps best avoided for fear of yawning yourself to death. There is at least one new feature to the game called MLB Today Season, where players can select a team and compare their stats as they play alongside the real-life version of that team in a day-to-day, game-to-game season. 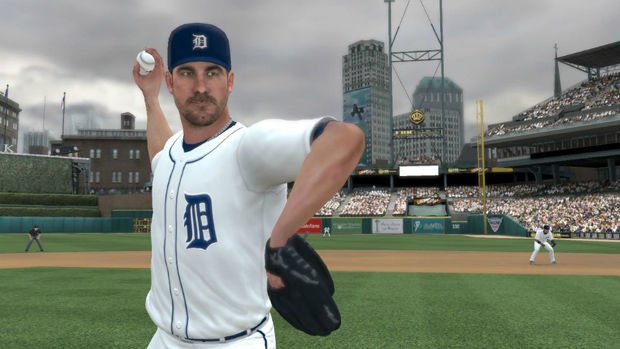 Despite the overall sameness, at least the color commentary has changed. The announcers all seem to actually be watching the game you’re playing, and their comments all seem fresh and real. I never once heard the same remark twice, and they followed along with stats and plays so well, I thought it was a live feed coming from the Internet.

Speaking of online, there’s the matter of playing MLB 2K12 with people other than those on your couch with you. There are a few instances of lag, but nothing game-breaking. However, animation frames still seem to jump and hiccup, and during the opposing team’s pitch is when you don’t want to have that. Searching for games online is confusing, and trying to focus your search by number of innings, skill, or difficulty level seems futile due to the same confusing menu system from last year’s game (controlled by the right analog stick).

When it comes down to it, MLB 2K12 isn’t a terrible game. But if you’ve played it before…well, you’ve played it before. If you haven’t played it before, it’s not a very good jumping-on point due to little to no in-game tutorials, and the animations won’t win any new fans either. For baseball to be the “national sport,” it takes a nation to love said sport. I just can’t see how they can love what MLB 2K12 delivers.