Space is beautiful, yet empty in this puzzle/exploration game

Space is a beautiful yet inhospitable place; it’s either filled with stunning vistas in the likes of EVE Online or horrifying Necromorphs trying to eat your face. Outer space is usually the location of combat, not the simple joy of exploration.

MirrorMoon EP is an Independent Games Festival-nominated game that let’s players explore a galaxy with unique planets containing puzzles and most intriguingly, players will be able to name worlds however they please. It’s a grand concept but exploring uncharted worlds isn’t without confusion. 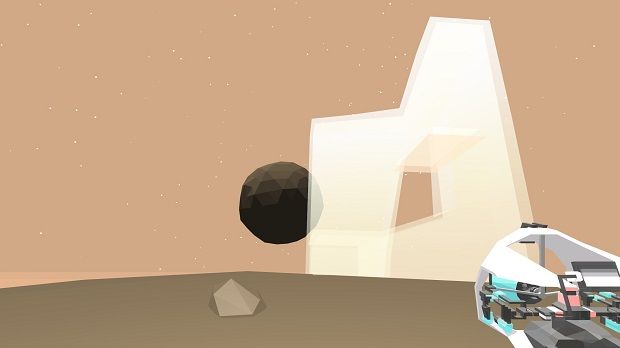 The first thing you’ll see in MirrorMoon is a large console taking up the whole screen; there’s a overwhelming number of switches and buttons that can all be played with but activating them in the correct order will beam you down to a nearby planetoid.

This is a challenge in itself as nothing is labelled with any text or symbols to make it clear what each control does; buttons will light up the console, a switch will eject a cassette, and a lever will move a component. The only clear instrument is a dial which allows you to move a target position on the central star chart — this is how you’ll navigate from world to world.

Thankfully the game starts you off with a preset planetoid for you to explore; the WASD keys will control your direction and you’ll pick up attachments for the apparatus that appears in the bottom right-hand side of the screen, where a weapon would normally be in a first-person shooter. Quite what these attachments do is again, up to the player to discover. Each planetoid has a moon in its orbit and it’s the interactions the player can have with each moon that allows them to uncover the planet’s secrets. By rotating the moon and its position in the sky, the player can find objects and installations on each planet.

The overall objective is a mystery; the only hints at a story involve a few lines of text and there’s very little you’ll find on the planets that will further that narrative. The real enjoyment comes from figuring out all the puzzles on a planet — the manipulation between light and dark, location, and orientation. Chaining together a sequence of events is really rewarding but it happens all too rarely. More often than not, fumbling about on the planet will eventually reveal its secrets and it is hard to derive much enjoyment from accidentally stumbling into a solution. 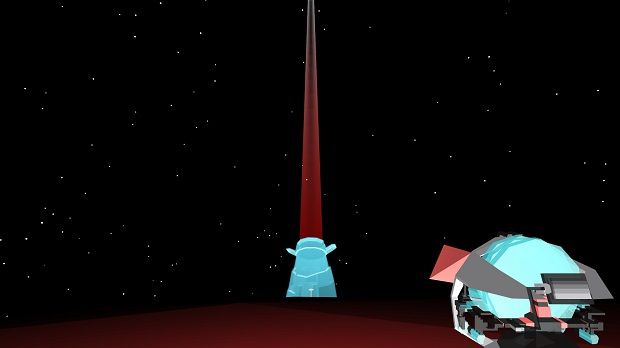 The multiplayer aspect involves players charting unnamed stars and planets. Complete a planet, and you can bestow it with a unique name which will show up on every players’ game. Whilst it’s a neat addition and gives room for players to explore, after the first few days of launch the vast majority of points on the map had already been claimed. Whether there will be fresh content that will expand the known galaxy is unclear but it would be a great motivator for players to explore further afield.

MirrorMoon EP is a great concept that’s marred by the game’s insistence on making even basic navigation and orientation a puzzle to figure out. There’s already a basic navigation guide on Steam and players that grasp the game’s ideas will no doubt find much to explore and discover. With a Boards Of Canada-esque ambient soundtrack and a simple but colorful and distinctive palette, MirrorMoon EP is a game you can lose yourself in — both in a good and bad way.