WayForward could probably make Mighty Switch Force! games until the end of time, and as long as they retained the basic concept, I’d still play them. They’re fun puzzle platformers in spite of their faults, and the memorable character designs and ingenious level layouts stand out among the crowd.

Mighty Switch Force! Academy, in turn, feels like a downgrade in some ways, but it still has the same charm as its predecessors. 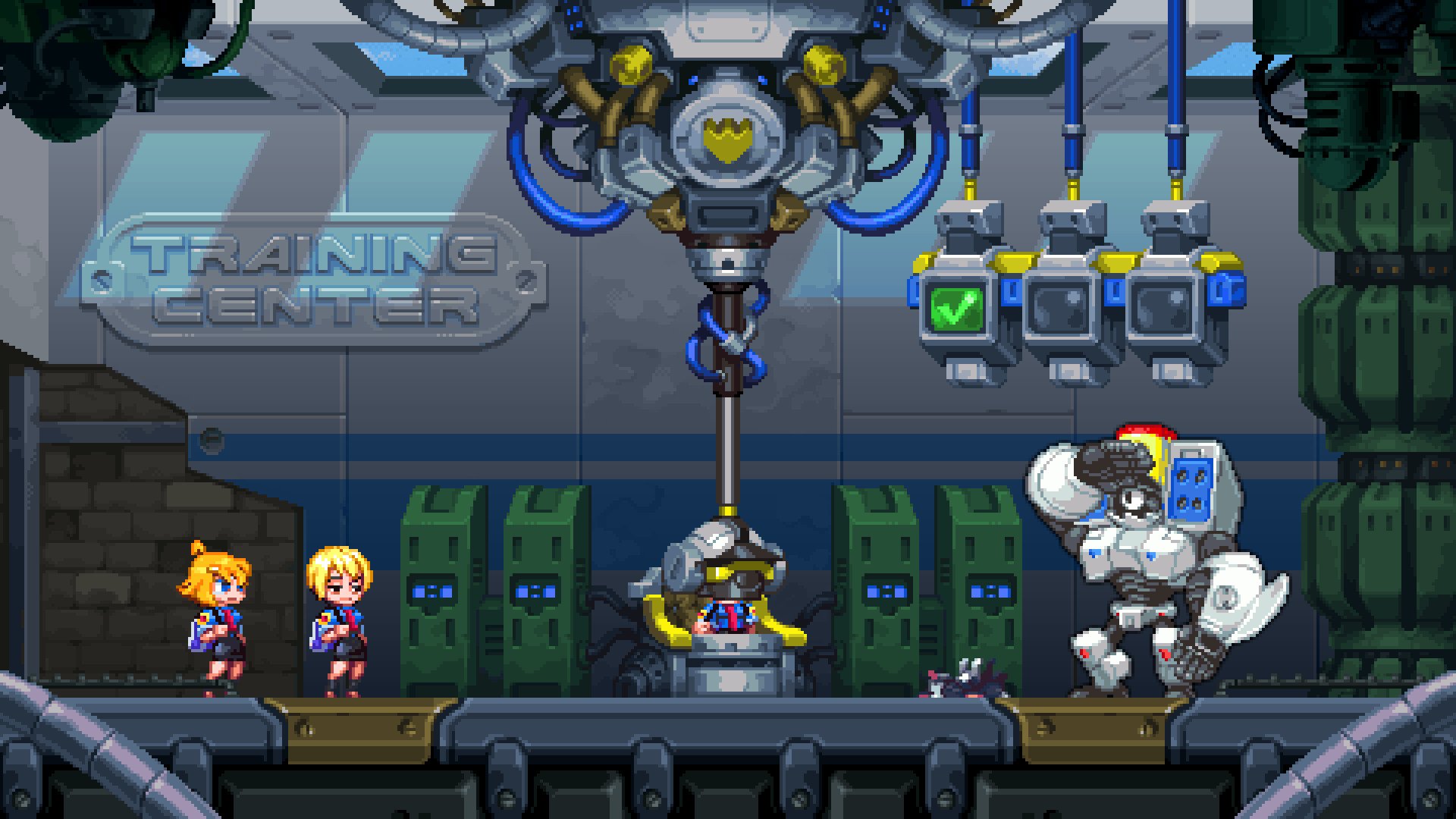 The gist this time around is that series heroine Patricia Wagon, instead of finding a new line of work, returns to law enforcement in the form of a VR training module assisting new recruits. Academy isn’t like past titles in that it’s a zoomed-in, Mario-like platformer — players will see the entire map all at once, similar to one of my all-time favorites, Castlevania: Harmony of Despair.

As a result, everything feels a lot more sprawling and involved, especially on a larger monitor or TV screen. Bullets go across the entire board, and maps can be “looped” a la Pac–Man, opening up deep possibilities when it comes to strategic planning that weren’t possible in prior iterations. I feel like the “whole screen” gimmick is also far more fair when it comes to the time trial element of the game, as players no longer have to guess as to what’s behind a specific turn, or play levels multiple times to learn the layout. I was skeptical of this approach at first, but ultimately came around to it after just two missions.

Having said that, there are sparing instances where maps are mirrored, forcing players to do the same basic run twice, even while playing solo — presumably, this is a side effect of the four player co-op function. Even with that small caveat, Academy remains engaging throughout. Series staples like crumbling blocks and catapults return, as do most of the same exact enemies from the previous games. Academy doesn’t really do a whole lot of iterating beyond the multiplayer and zoomed-out angle, but in most cases, that’s completely fine. There’s 25 stages in all, with five labeled as “classic” bonus maps (all of which support co-op), and four arenas to battle it out in.

While there is a degree of replayability in the game’s versus mode, I don’t think it would be too forward to expect the entire first game to be added in at some point. Also, the complete lack of online play for either mode can really put a damper on things after you’ve mastered every level, and there’s no level editor in sight, which would have been perfect for this release.

Despite my mostly enjoyable experience, it’s clear why WayForward works primarily with consoles — this PC-only game suffers from a lack of options and optimization. For starters, there are nearly no visual options outside of HUD scaling, and the way control schemes are handled is barebones at best. Only player one may use a keyboard, and the others (two through four) must wield controllers. It’s odd, because I had controller issues even during solo play, to the point where the “switch” button wasn’t recognized.

If you’re big into the Mighty series, you’ll probably have a decent time with Academy. It’s a bit too chaotic to be a worthwhile multiplayer party game if that’s primarily what you’re looking for, but the great gameplay from the past Switch Force games has translated over in a nearly 1:1 ratio, which is fine by me.