More of the same for those who want it

I like the Heroes of Might & Magic series, but it has never been perfect. It’s a very niche set of games that aren’t quite role-playing titles or full-fledged strategy games. They are almost their own weird hybrid genre, and while I always applaud games for being their own thing, the Might & Magic series has become increasingly insular. If you played the last one, you will probably play the next one. If you haven’t played them before, you probably don’t know anything about them and chances are you won’t play them tomorrow.

Lore and new campaigns aside, Shades of Darkness makes an attempt to be the “ideal way to discover the critically acclaimed gameplay of Might & Magic Heroes VI,” according to its page on Steam. What it is more Might & Magic, and I don’t think it’s the best place to jump into this intimidating series.

Developed by professional outsourcing company Virtuos, this installment feels like a cookie-cutter entry in a series that has been growing stale to its fans for years. If you are looking for exactly the same gameplay and bugs as previous titles, then you are in for a treat. 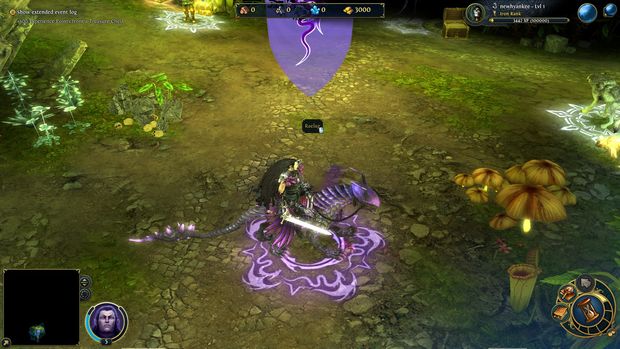 Shades of Darkness is a standalone expansion pack for Might & Magic Heroes VI and it brings two new campaigns to the game. The first campaign adds a new playable race, the Dark Elves, and the second campaign lets you take control of the Dungeon faction. The entire premise here is that you get to play as the bad guys for a change, but the weak story doesn’t really let me feel like the villain. It actually seems like they went out of there way to try and humanize the characters and give them a reason for why they were evil. That’s all well and good, but if you want me to play as a skeleton-faced lord of death, don’t try and make anyone feel compassionate about it.

The story and writing overall are fantasy-ass fantasy, filled with winded tropes and worn-out cliches. If you are a fan of the genre, you’ll just roll your eyes and carry on; otherwise, don’t even bother trying to follow the story — it is very boiler plate with generic characters. It’s just enough to propel the game forward with new objectives and maps.

The gameplay is the same as previous Might & Magics, which is a turn-based hybrid of a giant role-playing game and a tactics-based strategy game. The only real additions here are the new abilities and units that you control with the new factions. These factions are enjoyable to play as, and if you play a lot of Might & Magic the new stuff is a good breath of fresh air. The maps are huge, especially in the dark elf campaign which has above-ground and underground sections, making them effectively twice as large. Each map can last anywhere from two to five hours, depending on the difficulty and your play style. 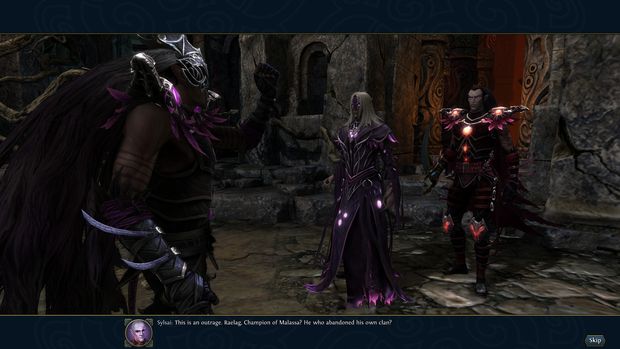 There are a lot of bugs here. I had issues with the sprites loading correctly and I had to alt-tab out of the game, and then alt-tab back in every time I launched it. The Steam forums are filled with other people experiencing crashes to desktop and other game-breaking glitches, but there have already been patches to fix a lot of the major issues. For me, it was playable with a few minor glitches, but be prepared to spend some time digging in forums for a weird fix on a forum.

Another major annoyance requires you to have a Uplay account with Ubisoft, and you have to be constantly connected to the Internet to play Shades of Darkness. Save games are synced with the publisher’s servers, causing a delay when launching and closing the game. It’s an unnecessary pain in the ass, and it doesn’t function correctly. I have seen a lot of forum posts and comments from people who have been unable to get the game to work at all because of issues connecting to Uplay. 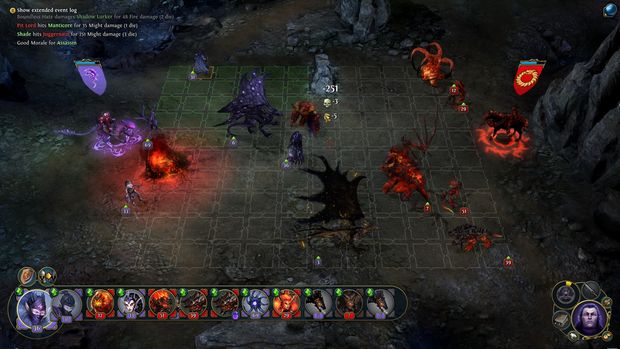 This isn’t a good place to start in the series. I know they are trying to sell it off as that, but it’s simply not true. The tutorial is still very basic, spells and abilities are poorly explained, and there is always a general feeling of not really understanding what the hell you’re actually doing in combat. Even as someone who has played a fair amount of the series, I was still confused. I don’t particularly care if the developers try and make it easier, but they are saying that this is the game to start with and I need to clearly express that it’s not. If you really want to start playing Might & Magic Heroes, get the new complete pack for VI.

There are many games that will only appeal to “fans of the genre,” but this goes farther than that and becomes a game that appeals to “fans of the series.” It’s not really a terrible thing, but it’s not a great thing, either. If you like Might & Magic, you should definitely play Shades of Darkness. It’s a solid expansion with an insane amount of new content; you’ll be giddy for dozens of hours. If you don’t play the series, however, this doesn’t provide a great reason to check it out. There need to be more tool-tips with information and an introduction to the factions, lore, units, and abilities — none of that happens here.