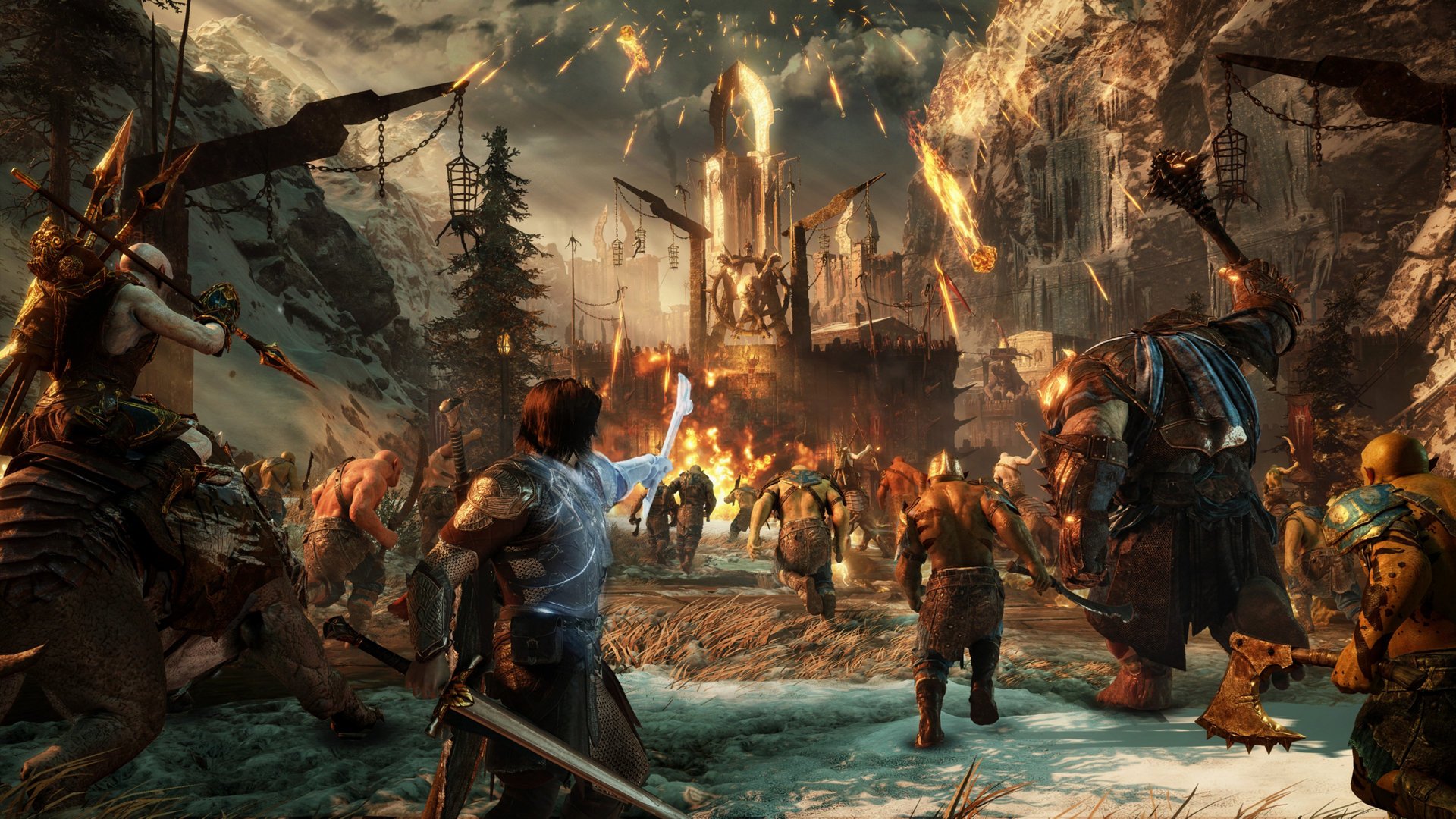 The phrase Mordor is so intrinsically linked to my experience of the “Middle-earth” action series that I simply can’t escape it from my mind. I’ve typed “Shadow of Mordor” so many times it hurts, despite the fact that the sequel is indeed called Middle-earth: Shadow of War.

After actually getting my hands on it though the confusion seems to be warranted, as Shadow of War really isn’t all that different from Mordor. 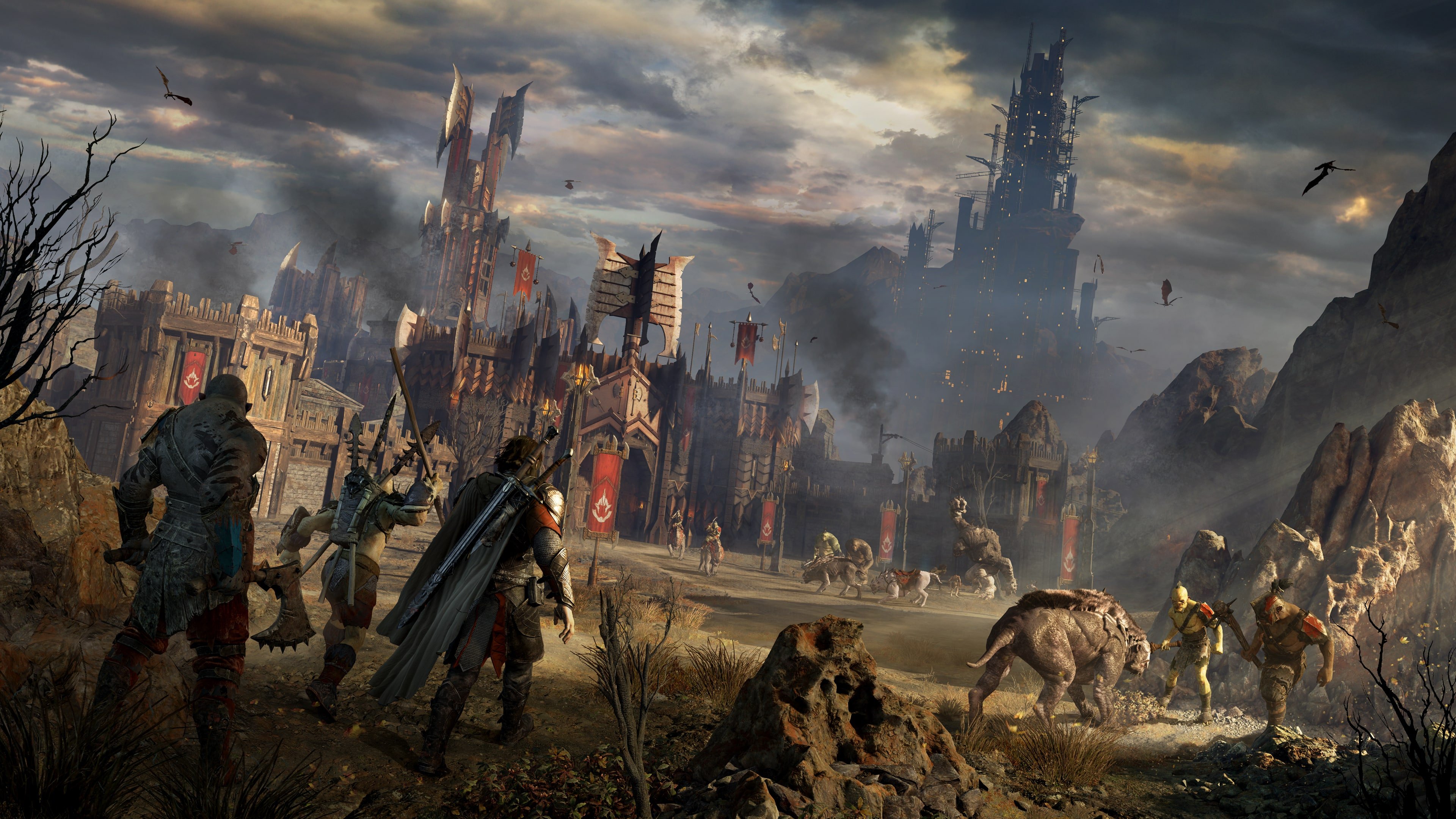 A lot of the same issues from Shadow of Wardor Mordor still creep up. The story is simply too far-reaching and truncated, even with the fantasy licensed world to draw from. Why Talion, one of the most bland characters in the neo-Tolkien universe needed to return, I don’t know, and I’ve heard the phrases “Palantír,” “Bright Lord,” and “dominate” to last me two lifetimes.

A lot of the tension is lost given that we know some events are taking place between The Hobbit and The Fellowship of the Ring, even with artistic liberties. By the end it gets truly nonsensical, with rings upon rings and comical retcons. I don’t believe in holding any and every adaptation (even the clear popcorn works) to a golden Tolkien literary standard — please, by all means, get weird every so often — but Shadow of War is over-the-top in a way that feels wasted and hokey.

Once again though Monolith nails movement and combat, the things you spend most of your time doing. Although the Assassin’s Creed series has moved on from the same “hold the run button to parkour and press a button to counter” Middle-earth still clings to it, proving it was never a bad system to begin with. If you want to go somewhere you just point to it and run, and the whole assassin/Batman counter mechanic still makes you feel like a badass in a group scrap.

Traversal is even better thanks to the injection of more magical powers, and the conundrum of “how do I kill this guy?” has been greatly expanded in recent years, augmented by the Nemesis system. A mechanic, mind, which is getting there, and far more fleshed-out than the original beta Mordor rendition even if it still feels gamey as hell. More personality drawn out of the denizens of Middle-earth is the chief reason for this, but then you have…sultry humanoid Shelob capping off an encounter in a subsequent cutscene. It’s just weird, and rather than shoehorn in existing players (Gollum was really the only natural fit), I wish the powers that be were able to craft more original creations. One of the chief sins, without spoiling anything, is trying to cram multiple existing characters from the lore into the Nazgul (only two were named in the source material, the Witch King and Khamûl).

A lot of that melts away when you’re knee-deep in what feels like a miniature war, fending off archers with a tempered focus-fire mechanic and leaping over formidable mini-bosses while you pop the heads off grunts to heal. Although it’s still gamified I do appreciate the ability to gain knowledge about enemy NPCs and slowly build a case against them, and it fits nicely in this more sprawling open world — the idea of whittling down enemy forces while growing your own army to sack fortresses is fun in fleeting bursts.

There are a few growing pains as Shadow of War attempted to make everything bigger. Gear is needlessly convoluted, with rare and unique item levels and gem sockets. Earning skills and gradually increasing your power has been done to death but it’s once again natural here — it’s when you start to force players to delineate between all 20 swords they have equipped that you start to lose momentum. No, I don’t want to stop in the middle of a bloodbath to manually pick up items with R1/RB then carefully weigh their stats. This doesn’t feel like that kind of game, but the abundance of items is so intrinsically linked to the loot crates that spew out rewards. Oh yeah, those exist in a single-player game in 2017. 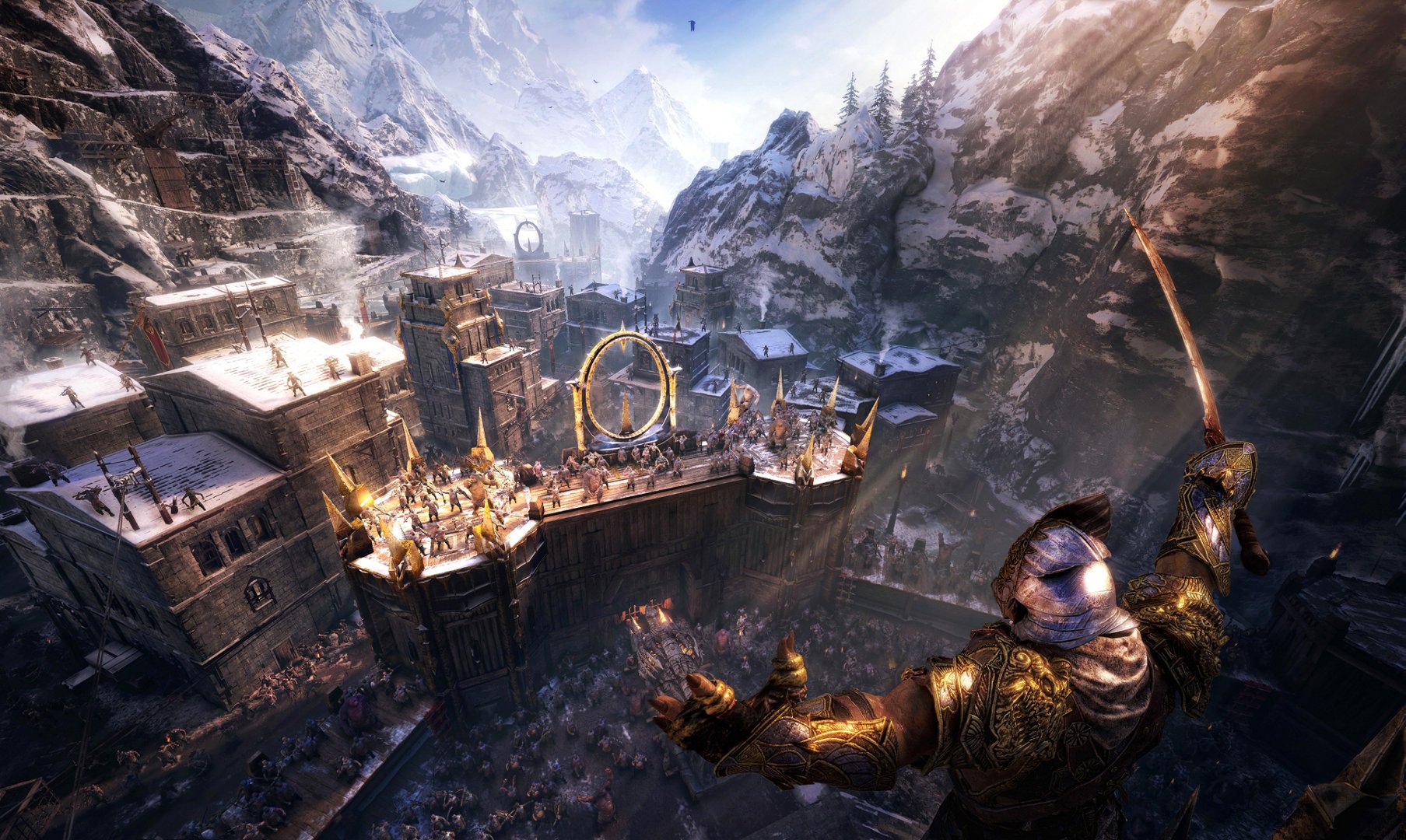 Wait what? Yeah, there’s some microtransaction scheme directly linked to Shadow of War. Why are there even loot boxes in an open-world game? I mean, even Ubisoft’s “you have to open these sandbox chests with an app” gimmick felt less intrusive. XP boosts? For a single-player action joint? I really want to be a fly on the wall of the next executive board meeting that decides to inject loot crates into a single-player experience.

But it’s not the end of the world if you have the will to ignore them. Luckily Shadow of War makes little to no effort to lead you into the “shop” screen (I still remember how bad Dragon Age: Origin‘s “want to buy some DLC my lord?” NPC was), and I was never weak enough where I felt the need to essentially buy cheat codes. If you open a crate you earn naturally it leads you to the shop, but I quickly closed it out after looting my plunder and only saw the menu a few times during my entire playthrough. But the fact remains — they’re pointless and simply have no business being in there.

Middle-earth: Shadow of War has a lot of fluff that attempts to sabotage it, but it succeeds in its effort to make its hollow and silly world worth roaming around and killing things in. Although I wasn’t enthralled by the absurd story beats that try to dance around telling an actual epic and somber tale, the ability to create my own stories with an expanded level of depth was more than sufficient to call this a step up.