I hope that we’re nearing the end of the tale that Monolith started to tell in 2014 with Shadow of Mordor and whatever is next is a clean slate. With a portion of the token DLC shipped we’re nearing the finish line, and Talion’s story has been squeezing blood from a stone.

The Elven assassin Eltariel is a little more interesting, but her add-on’s narrative also fails at providing a sufficient reason for her to be there. 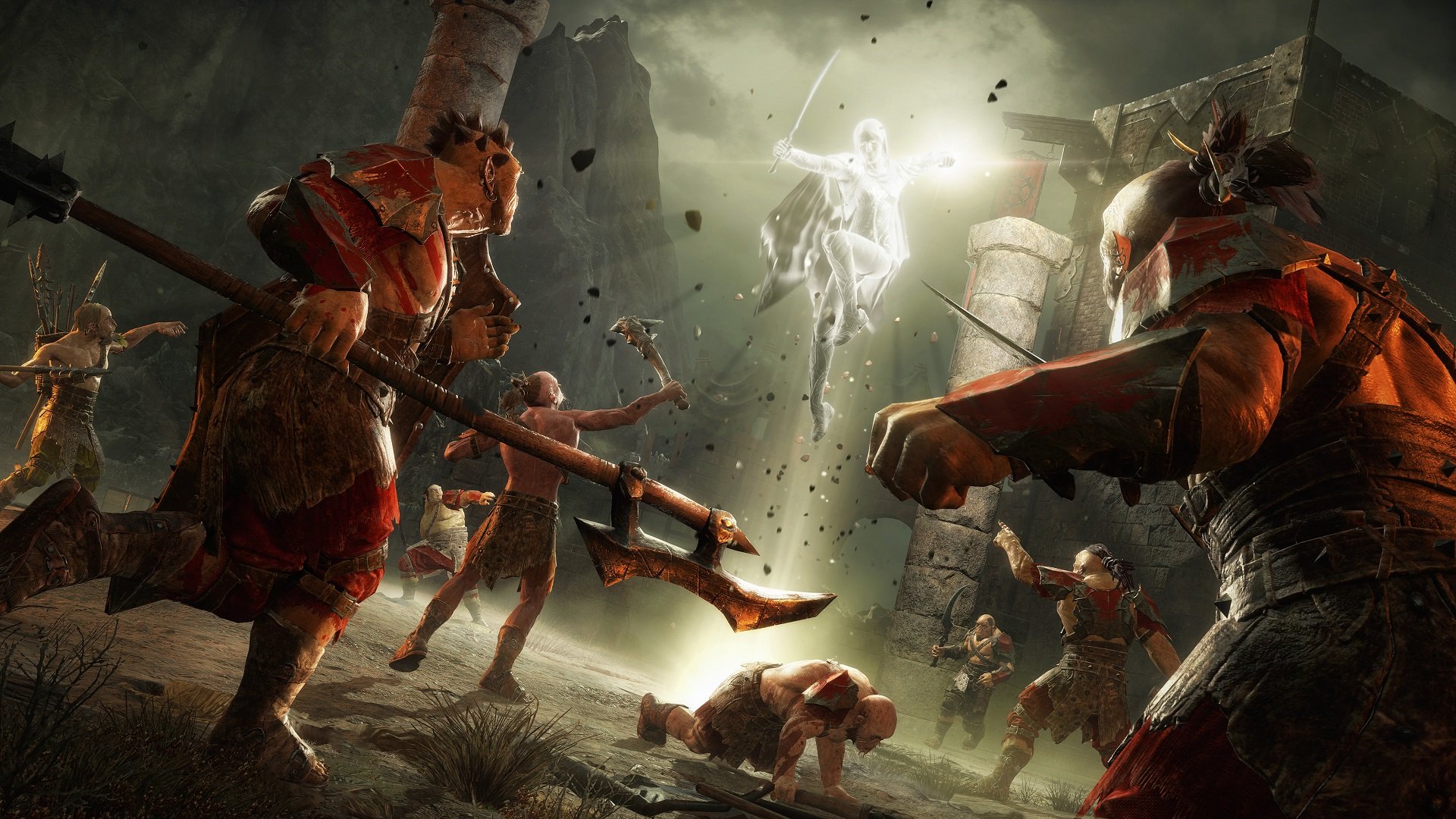 You’ll take direct control of Eltariel after the campaign, literally seconds after her fate was left unknown. Yes, this is just like Capcom’s old “true ending” DLC shtick. With a bit of Texas two-stepping around the details, it’s her job to set things right and continue the fight with Sauron in Mordor. She has “The New Ring” (read: another One Ring, but “for good” this time), her fingers are healed, and she immediately squares up against another Nazgul to begin her quest to banish the darkness. Man, people really like to leave rings of power just lying around constantly for our heroes to grab!

Blade of Galadriel begins with an intruiging premise — Eltariel doesn’t want to dominate orcs even though her ring has the capability to do so. Although it’s clear that Monolith simply didn’t want to create a full-scale Nemesis system around this particular DLC, from a lore standpoint I actually find it refreshing — having to dominate and slowly go through more unskippable dialogue for every Tom, Dick, and Jane orc was insufferable by the end of Shadow of War.

This time you’re merely “convincing” orcs to fight for you by way of quests. Although Tolkien wasn’t a fan of the “good forces of Sauron” motif, the concept is interesting enough to warrant exploration. It never really reaches any highs, but there’s an attempt to make each orc a little more chummy and emotive, like less forced versions of Bruz from both the campaign and the marketing campaign. One especially explosive orc ended up being one of my favorite characters in the two-game franchise, despite the fact that he only had a few short scenes to work with.

Eltariel sports Talion’s locomotion, bow, and most of the same moves. She can dual wield though, has a smaller less bloated skill tree, and uses the power of light to whittle down or instantly disintegrate orcs. All of these literally flashy maneuvers and the linear storyline all serve up little snippets of greatness without fully attaining it. There’s a Sniper Wolf-esque mission with an archer that’s kind of cool but brief. She has a trap ability that feels even more Ranger-ey than Talion, which is weird but welcome. Flashes of something more will pop up and then fizzle.

It’s limited in part because Blade of Galadriel follows the same plot as Talion’s story. You need to gather orcs, then fight! Monolith tries to shove in identities for the Nazgul again (because they can’t just be Nazgul), and skill points are rapidly doled out as the game rushes to its conclusion in just a few hours. You’ll also be revisiting mostly old areas, and there’s a nominal “choice” at the end like it was a contractual obligation. Eltariel does get an epilogue though, and her short jaunt, while quick, feels complete.

Shadow of War had a gamey quality to it and a fanfiction plot that had some moments of surprise. Blade of Galadriel is much more to the point, without much of the same flair — either the good or the bad.