The whiskey tasted like shit, but it was sure better than the piss-soaked puddle of water I’d just dragged myself out of. As I slid the last sip of it down my throat I felt its sharpness mix with the blood in my windpipe. It numbed the pain in my ribs. Shit, if only you could wash away wounded pride so easily.

“Hey, Sugar…” The voice sounded angelic, but it came from the mouth of a devil in a D-cup. She slid alongside me, the ice-cold coolness in her ruby smile hiding a lifetime that had burned a hundred men, which was about to become a hundred and one.

“You look like you know a good time,” she breathed. I sank into the glass to prevent trouble. Not tonight. Not any night. But her thigh pressed against mine hard, so dangerous it might has well have been a razor blade. She leaned into my ear, her words seductive and loaded with false promise. “I know a little game, if you wanna play with me…”

Her warm hand had already slid inside my jacket like a viper, and with the experience of thousand tired-eyed nights, she already had my controller in her hands. I guess now I was gonna have to play her game. How the fuck did it get this far? A better man would have got up and left; “No thanks, kitten. I’m gonna have to sit this one out.”

I sat down the glass and pressed Start. Huh… A better man… 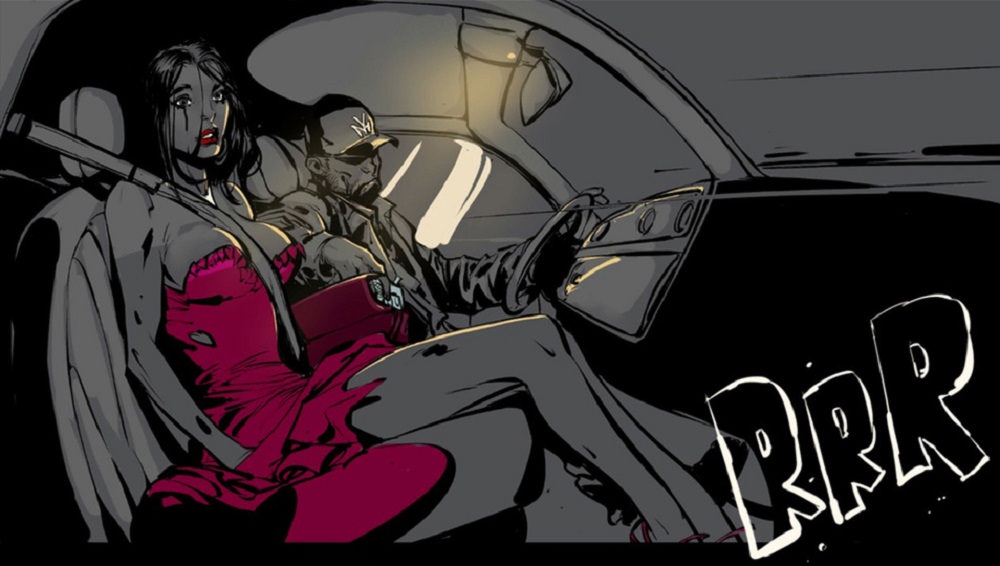 For those less inclined, the player is basically presented with a grid, filled with tiles, and must match up three or more icons in order to damage their opponent. Said opponent will deal damage to you after a set number of turns. You can dole out extra damage dependent on the tiles matched, or for earning multipliers. First-aid kits can also be matched to gain extra health. Once the fight is over, the player can choose from various perks, such as increasing the damage of a certain tile, or removing the penalty-inducing police badges, in order to help with future face-offs.

And that’s pretty much it. Our anti-hero moves from fight to fight, building perks and laying waste to his opponents whilst progressing the story. Metropolis offers little in the Match 3 mechanic you haven’t seen before, which is fine if you like that type of gameplay. Unfortunately, it also has the same infuriating randomness linked with the genre. I played one particular fight and completed it on first attempt with ease, but on a revisit, I lost out on no less than five tries before taking down my foe. Sometimes (but not always) victory is simply in the random hand you’ve been dealt. This is an issue across a lot of games in the genre, not just Metropolis.

The story is delivered via sliding comic books panels, which include some minimal motion (which is unintentionally funny as fuck during the sex scenes). In our tale, ex-con Jon Lockheart returns to his shitty city after doing time for The Man. Jon hasn’t been home a mere hour when he’s dragged into a violent night of two-bit punks, powerful gangsters and femme fatales. It’s that neo-noir story we’ve all seen. All the gang are here: Hooker with a Heart, Junkie Pal, Italian Gangster, Girlfriend who Moved On, even Corrupt Police Guy. The slight fable is framed in black and white, with splashes of colour, and is packed to the gills with swearing, boobs, sex and violence.

As Marv Jon makes his way through his judgement night, player choices have various effects on the game. The locations you visit – and how you react to the characters you meet – will not only provide Jon with weapons, perks and bargaining chips, but will also lead him to multiple endings. There are purportedly four in all. Having seen three, I think I got the best one on my first try, but “best” is a relative term here. Metropolis‘ narrative ain’t happy-go-lucky. I did like the characters though, even if they were ripped from the big book of noir tropes.

Art is subjective, but I personally get a real kick out of Metropolis‘ visuals. Although the style is obviously ripping off Frank Miller, the game’s artist, Oleg Okunev, really brings life to the story with excellent pulp imagery. Moody, trashy and deliciously salacious, the artwork is consistently great throughout, with the quality somewhat making up for the over-familiar storyline and hit-or-miss voice acting. The game’s solid, brooding score also sets the scene for Lockheart’s alleyway brawls with dogs, thugs and Elvis-impersonating muggers. 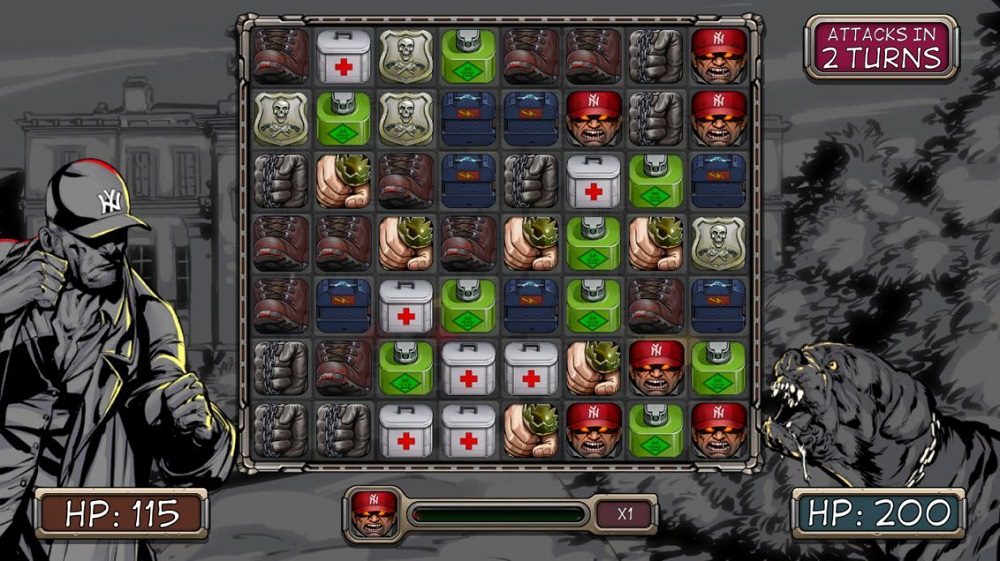 However for many, a possible deal-breaker is still to come: I have seen almost everything Metropolis has to offer in less than four hours, having reached my first ending in around two. Although your own journey through the sleazescape is dependent upon your decisions, you will face, at best, only a handful of opponents before the credits ooze out of the shadows. It should be noted that the game only costs around eight bucks, but most anyone will have Metropolis wound up in no time at all. The length also has narrative repercussions, as it’s pretty tough to hold the fates of the damned dear when you’ve only met them twenty minutes ago.

Metropolis: Lux Obscura is another entry in the crowded Match 3 market, albeit one with a decadent coating of sleaze and brutality. Fans of the genre will have a fun time while it lasts, but anyone disinterested in such games will find nothing new here. Though it certainly isn’t without its merits, namely in its great art, branching pathways and low price, Metropolis suffers due to its unoriginality and short lifespan, which may be enough for some to give this otherwise interesting release the hard goodbye.