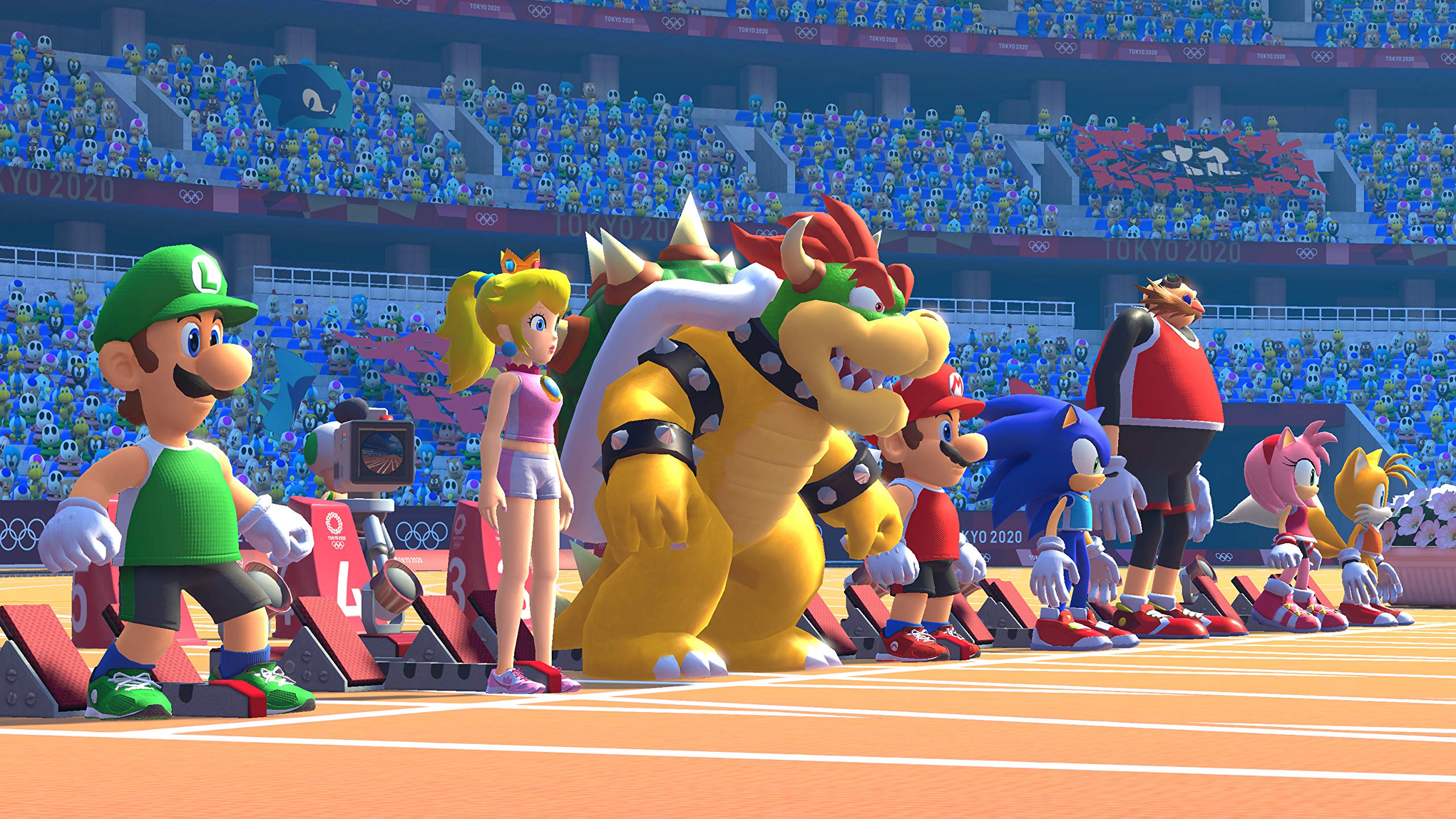 I say this so often, but never in a million years did I dream that Sega would not only exit the console business, but partner up directly with Nintendo for decades to come.

Mario and Sonic were so unilaterally ubiquitous with “video games” that you could hardly imagine them sharing the same room, much less working together hand-in-hand. It was a partnership that required cooperation on both sides of the table, but has sustained itself for a long while. Their union is perhaps best illustrated through the Mario & Sonic at the Olympic Games series, which has been pumping out steady releases since 2007.

The Olympic experiment has always been a sort of awkward cousin to the more striking Super Mario Party franchise, but Sega has a secret weapon up its sleeve this year: nostalgia!

As we move into the 2020 Tokyo Olympic games in real life, Sega has made strides toward simplicity this cycle. No longer are there disparate versions across multiple consoles and portables: now there’s just one uniform Switch exclusive, and it has retro content. If there was one occasion where folks who have ignored this diversion up until this point might actually be interested in Mario & Sonic, it’s this one.

This is a minigame collection through and through, complete with quick play for 1-4 players locally (up to eight online) and a story mode (with support for single/dual Joy-Con remotes or a good old fashioned “buttons only” setting, which works with Pro Controllers). With an all-star cast of Mario and his crew plus Sonic and his…friends (the most noteworthy ones anyway), pretty much everyone has someone they’ll love to play as. I’ll get to those meaty minigames in due time, but it’s important to note that the story campaign is not a throwaway thing, and contains an actual story.

No it’s not fully voiced and it doesn’t have all of the bells and whistles of a full-on Mario odyssey or Sonic adventure, but the gist is that the gang gets sucked into a game console called the “Tokyo 64” created by Bowser and Eggman, which is basically a Retro (8- to 16-bit) Realm. Sega took their time in crafting this alternate universe, with lots of love and care and classic sound effects from both major franchises. It’s self-aware, too. You haven’t lived until you’ve watched Bowser yell at Eggman for concocting a poor cockamamie scheme. It’s also deliciously cheeky. Luigi anguishes over his brother’s time in the magical retro box in the real (3D) world, and is constantly forced to compete in meaningless Olympic games for fun as he watches his brother slowly waste away in horror.

Both universes also have mini-hubs to explore (menu-based, it’s not an open world or anything), and cute trivia bits that dole out Olympic factoids and notes on the cast members. With a mix of 2D and 3D sections, the pacing is on point, never lingering too often on one gametype or activity. Story-only minigames like Sonic chasing down a Tokyo bullet train carrying Dr. Eggman cement that this isn’t a tacked-on diversion and that it’s worth playing in its own right.

Tokyo 2020 mode, also known as the “3D” set of minigames, contains 24 by default. 21 are rooted in reality, and three are “dream” games (racing on loops like Mario Kart, shooting in a silly over-the-top obstacle course, and fighting on a grid with power-ups with no honor). Karate (Kumite), skateboarding, surfing (shortboard), and sport climbing (which is debuting in the summer 2020 Olympics in real life!) are new to the series. Karate is a lot like a strategic fighting game, Skateboarding feels like a bootleg Tony Hawk with one small arena, surfing is like a fun little modified version of skateboarding, and sport climbing makes my wildest dreams of an American Gladiators NES remake come to life.

Some of them take 30 seconds or less (like the 100m dash), and involve mashing buttons to run really fast, and others are more deliberate, multi-minute affairs. A few are even really tough to pick up on, containing multiple pages of instructions with a really high skill ceiling (Sport Climbing comes to mind immediately). But with an instant quick-retry option and a ton of other games to flip through, you never really feel fatigued if you don’t like an activity.

Tokyo 1964 (again, the retro mode) is probably the big draw, and even the menu screens are charming. These babies have a muffled announcer, pixel-perfect character models (albeit with a reduced roster), and 10 games to choose from. 1964 is even more enticing for casual players to jump into during an actual party, as the nostalgic look is a heady drug and simplicity is king. A lot of the advanced mechanics from the 3D frolics are ripped out in a good way, leaving room for pure retro gameplay. Thank God Sega made these playable immediately and offered up three CPU difficulty settings.

While several of them rely on the “mash A to run, then do something else” mechanic, most of them aim to ape an old school concept in a fun new way. Shooting is essentially a remake of Duck Hunt‘s forgotten clay pigeon variant with a really fun reaction-heavy bonus round. Judo is another standout as it’s basically a simplistic 2D fighter, and 10m Platform Diving is a QTE-lover’s dream (if there was a room full of people I’d be the only person raising my hand in favor of competitive QTEs, but that’s where we’re at, folks).

I’m as surprised as you are that I had so much fun with this one. Mario & Sonic at the Olympic Games Tokyo 2020‘s retro suite is compact but it kicks everything up a notch, which is an easier sell for newcomers. Just make sure you have at least one friend to prolong the fun with once the story is over and done.