A leap of faith

Manifold Garden is what you’d get if you slipped M.C. Escher’s Relativity into an art-to-video-game converter. Shifting gravity to walk up walls, leaping off the edge of the world only to fall from the sky and land right back where you started – it’s all business as usual. Nothing to be fussed about.

But the more you study this puzzle-adventure game’s impossible geometry, the more baffling your surroundings become, at times reaching unease. As abstract buildings repeat into eternity and the world magically loops back around on itself, Manifold Garden can make you feel utterly surrounded.

This game has had an extensive lead-up to release, but it’s finally playable on PC via the Epic Games Store, iOS and Mac via Apple Arcade, and soon, PlayStation 4. My goodness is it a sight to behold. 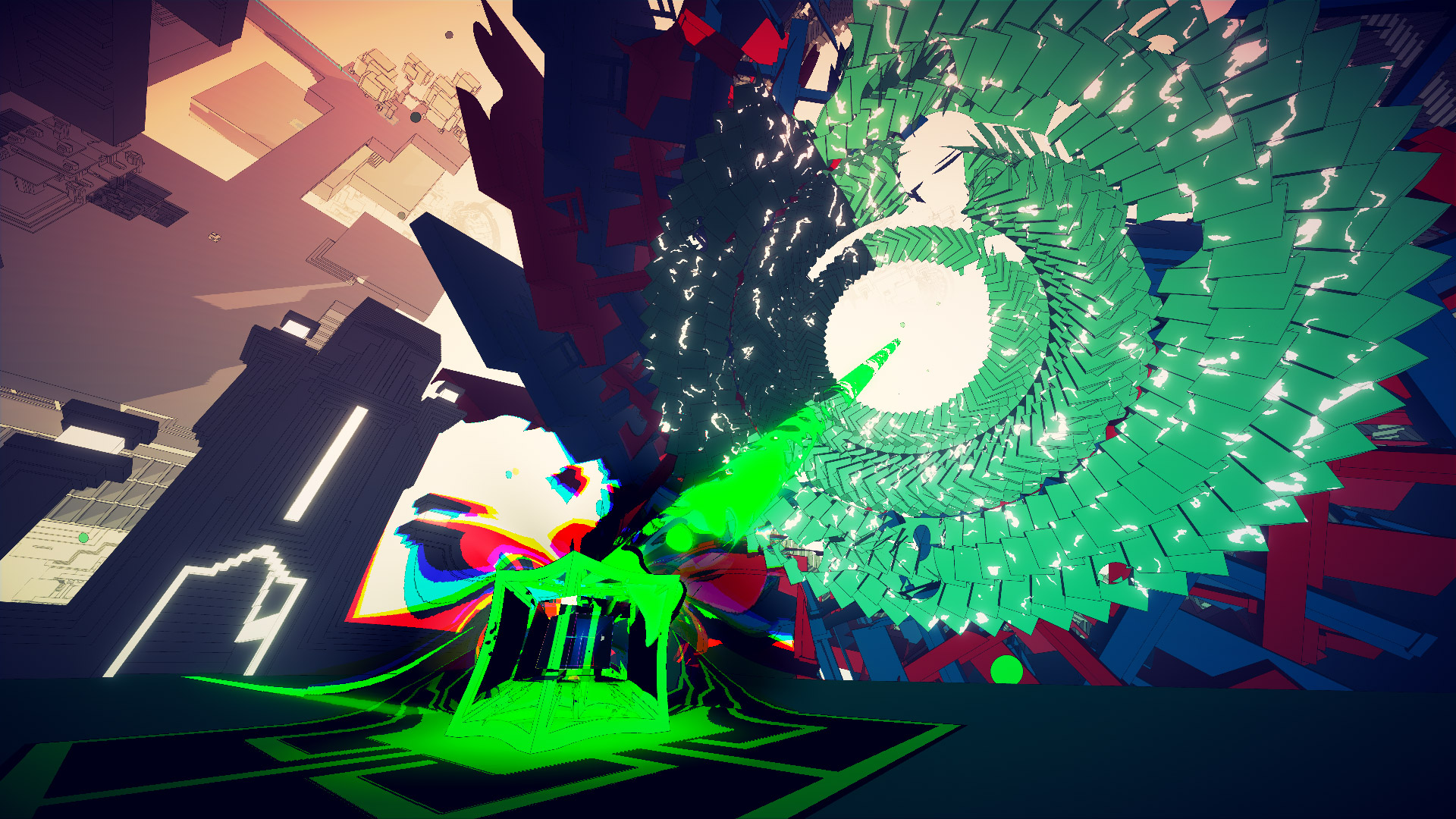 Manifold Garden is a curious one. It both is – and isn’t – what I thought it’d be. When I started out, a hesitant little voice in the back of my head wondered “this is it?” Later, that voice changed perspective. “This is it, and it’s really fulfilling – you just didn’t stop to appreciate it enough at the beginning.”

On the surface, it’s a familiar first-person puzzle experience centered around gravity manipulation and transporting cubes to color-coded switches that open doors. There aren’t any enemies. You can’t take fall damage or die. You won’t get a game-over screen. We’ve seen many of its puzzle mechanics before to varying degrees of success, especially when you consider this project’s near-seven-year production.

But in actual practice, as a cohesive exploration-focused adventure, Manifold Garden stands out.

Navigating the world is seamless and natural-feeling in a way that similar games haven’t been. It knows how to lightly guide you along perplexing landscapes with an invisible touch, and given the Escher-esque mindfuckery involved, that’s no easy feat. Not all of the mechanics feel inspired in 2019 – certain block puzzles, in particular, are a bit dated – but the worst offenders still work as a means to an end, and Manifold Garden has some clever tricks up its sleeve after the opening hour or so. It’s never boring.

If I’m being too vague, well, that kind of comes with the territory. So much of Manifold Garden‘s appeal is found in its sense of place and its art. The architecture is fantastic, even more so in motion. If you rush from Point A to Point C without stopping to marvel at Point B in all its mind-bending glory, you can still have a decent time, but you’re skipping the best part. The journey matters more than the destination.

I’ll also say this: I’ve played countless indie puzzle adventures over the years that rely heavily on trippy environments. In many cases, the novelty wears off, and there’s a lack of substance under the surface layer – the actual act of playing the game grows dull. I didn’t have that sensation with Manifold Garden.

When everything was said and done after a few hours, I was only truly stumped twice – once because I was impatient and didn’t fully survey the area, and once because the small entryway I needed was weirdly tucked out of sight. Sometimes, it’s just nice to play a puzzle game that’s engrossing enough to keep you entertained without forcing your brain to fire on all cylinders to keep the pace on track.

Manifold Garden has a lot going for it, but above all else, it’s simply pleasant – to look at, to listen to, and to play. It’s the kind of game you can revisit every couple of years and be confident it’ll hold up.