Mafia II is a period piece, a brash spectacle of organized crime backdropped against a romantic vision of 1940s and 50s metropolis americana. It has old-timey slang, cars that drive like boats, and big band radio hits. There’s also narcotics trafficking, racketeering, grand larceny, and murder.

Ten years after its initial release, the remastered version of Mafia II ends up feeling like a period piece itself. It’s a throwback to when open worlds weren’t staggeringly large and meant to pull the player in a million different directions. It’s a reminder that games used to struggle to tell stories outside of cinematic cutscenes — and Mafia II has more than two hours of them. In retrospect, they may not have been better times but they were certainly simpler times. 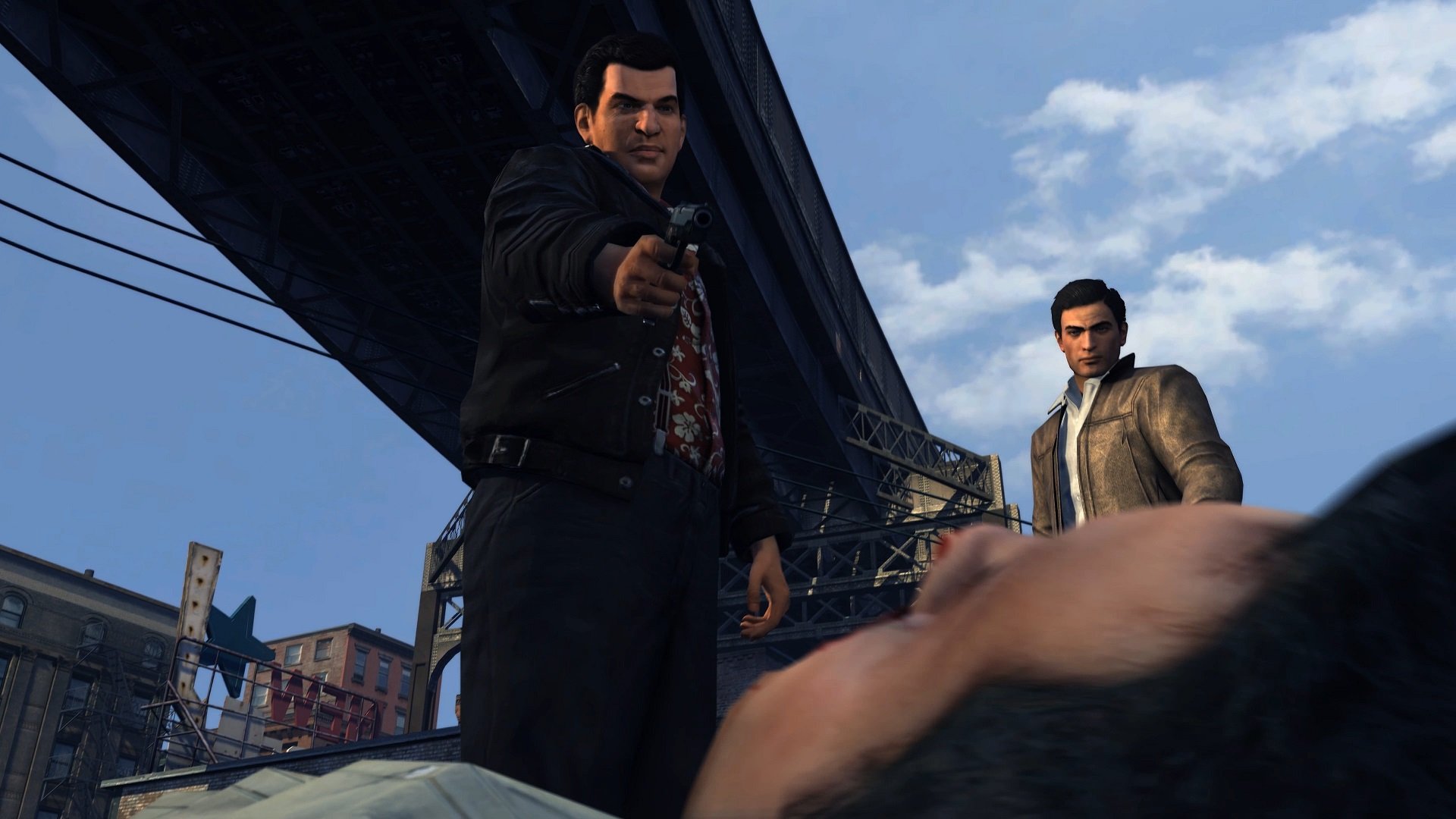 This macabre mafioso coming-of-age tale is a winding narrative that starts with antihero Vito Scaletta struggling to pay his dead father’s debts. Eventually, Vito rises through the ranks of a prominent Italian mafia family by showing unwavering loyalty to the mobsters above him. It’s very much a Goodfellas-type arc, a biopic of sorts that details the rise, glory, and fall from grace.

Mafia II manages to tell a compelling and convincing story mostly thanks to how tightly it controls its plot. This isn’t so much an open-world game, but rather a game that takes place in an open world. There’s little in the way of extraneous activities apart from some super-optional collecting. Mafia II whisks Vito from plot beat to plot beat without so much as a breather to enjoy the spoils of his newfound success. 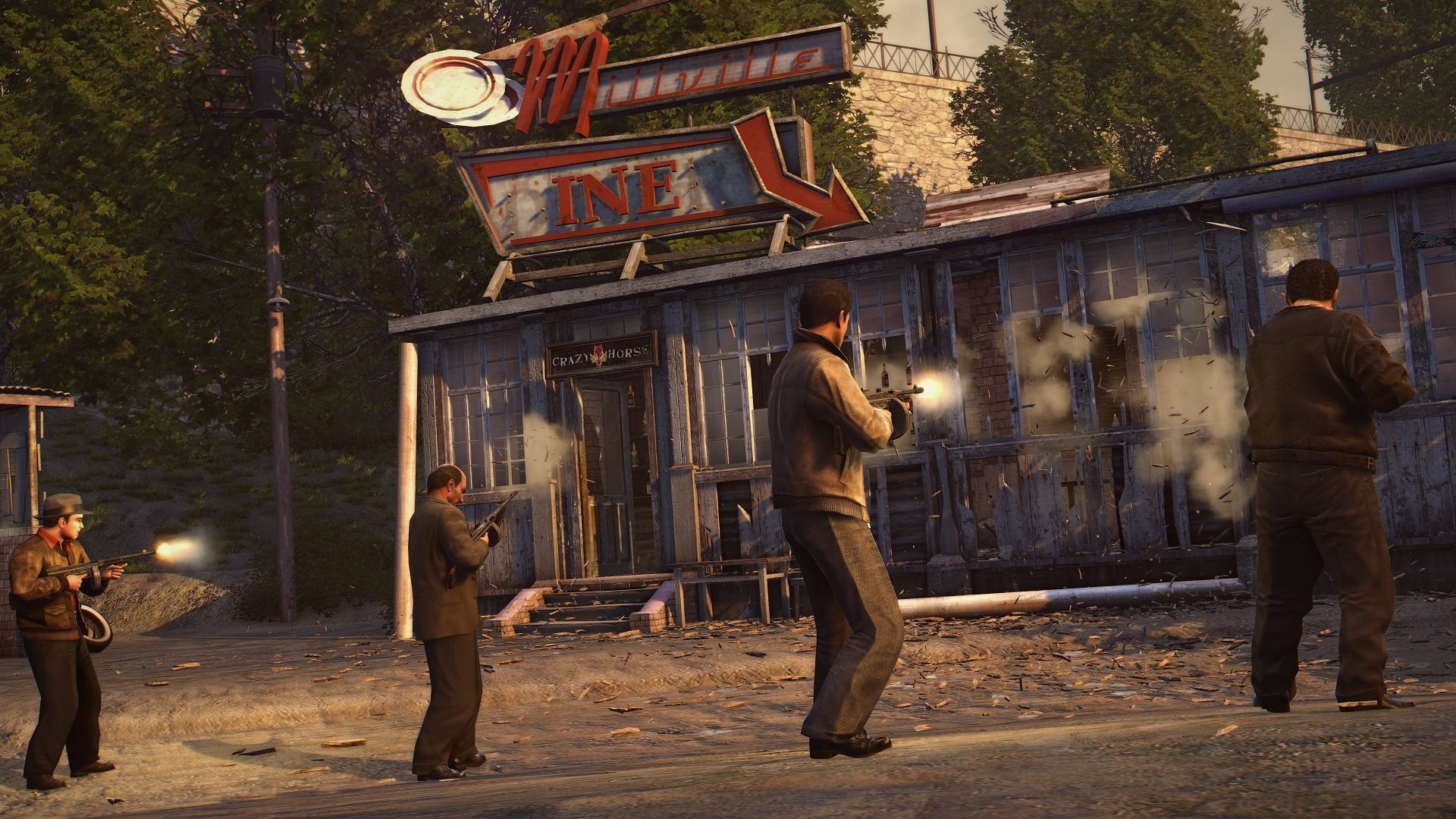 Even though Mafia II always moves at a breakneck pace, it often struggles to maintain momentum. Too many chapters are strung along by completing menial and tedious tasks. There’s a scene early on where Vito tries making an honest day’s living by loading crates onto a truck. He makes it about two minutes before turning to a life of crime, our indication that Vito isn’t content to earn his keep like all those other suckers. Then, he spends a day unloading cigarettes off a truck, which is really just the illegal inverse.

However, Mafia II delivers the goods more often than not by putting its biggest conflicts in pulpy settings. These corridored shootouts in places like distilleries, skyscraper hotels, and Chinese restaurants inject a dramatic sense of action anytime Mafia II starts to verge toward dull. The pacing is all very uneven — especially screeching to a halt every time Vito’s forced to drive cross-city during a mission — but it doesn’t distract much because of how quickly the narrative moves along. 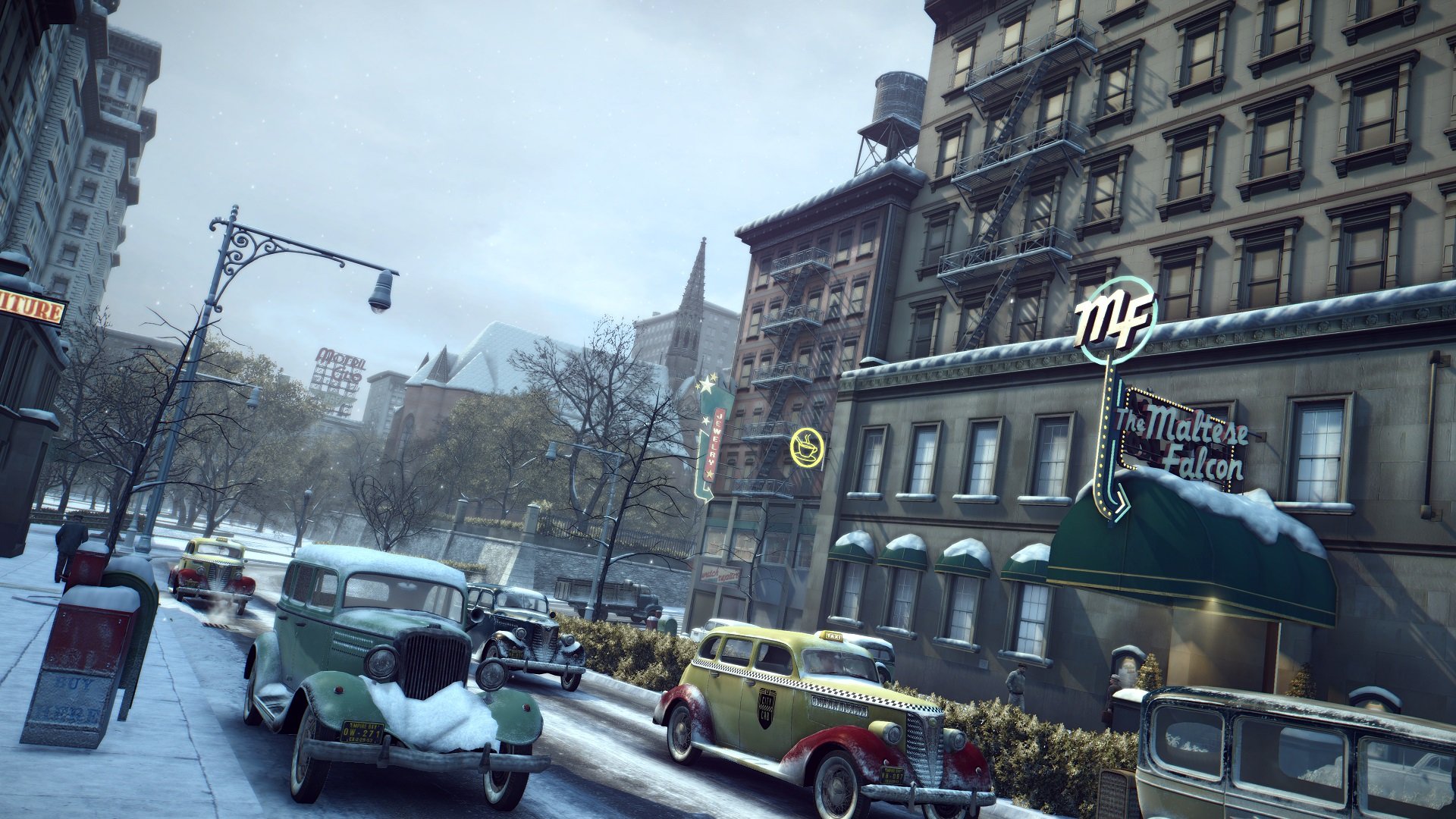 Also, seriously: The shooting is so bare bones even by 2010 standards. It’s the most basic of cover-based shooting, sitting hunkered down behind crates until an enemy shows his head. Trying to play mobile is a death sentence, as breaking from cover turns Vito into a bullet magnet. There’s no option but to play Mafia II as a pop-up shooting gallery where the targets shoot back.

The most criminal of Mafia II‘s missteps is that developer Hangar 13 created such an incredible faux-New York in Empire Bay, but there are no interesting landmarks in the entire city. Areas are distinctive by racial divides and social class, but most places end up blurring together anyway. Empire Bay is a city that you want to immerse yourself in, but Mafia II gives you no reason to spend time dawdling about and interacting with the world. 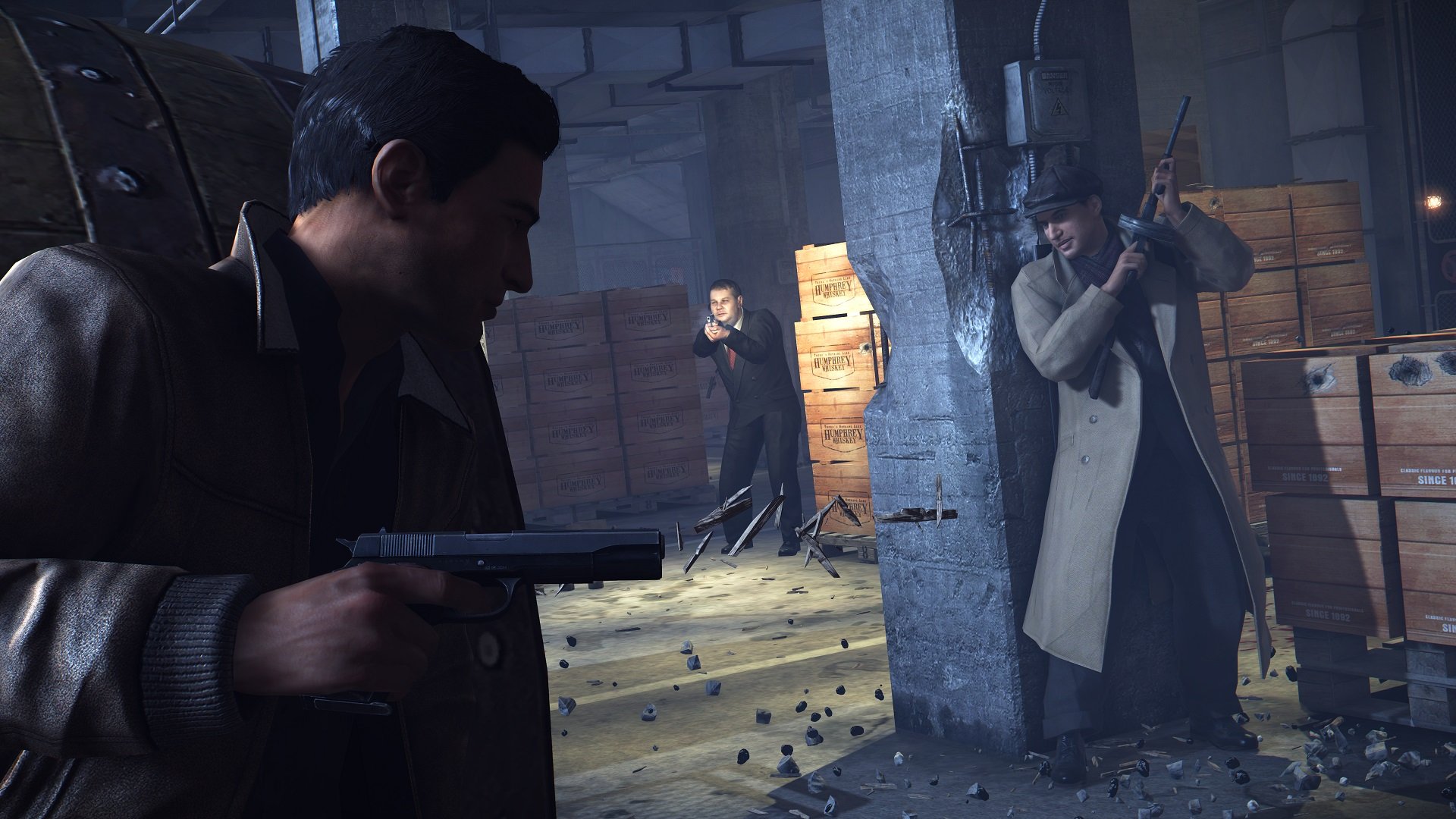 As for this remastered version, there isn’t much that’s significantly new. Visuals have gotten the requisite overhaul to support 4K resolution. It mostly looks fine with its new coat of paint. All of Mafia II‘s post-launch DLC — The Betrayal of Jimmy, Jimmy’s Vendetta, and Joe’s Adventures — are included too.

There’s so much about Mafia II that feels like a relic of a bygone era. Video game design has long surpassed and evolved beyond this approach to storytelling. Still, I find myself oddly charmed by it. I’ve played Mafia II twice now, once in 2010 and once in 2020. Its foibles that irritated me a decade ago seem more forgivable now. Maybe it’s because I knew to expect a flawed experience, maybe it’s because I’m getting more lenient in my old age. Whatever it is, I relished blowing through a thrilling mobster drama over the course of a weekend, knowing I wouldn’t have to dedicated the better part of the next month to finish it. In a lot of respects, Mafia II hasn’t aged all that well; strangely, that’s why I think it’s a better game than it was 10 years ago.