I ain’t afraid of no boo

I’d go far as saying the GameCube is the best cube-shaped electronic device with a handlebar of all time. With it came the launch title that would put Luigi back into the spotlight once more after nearly a decade since Mario is Missing.

Finally, he’d have a game bearing his name and one that had him busting boos with a literal vacuum. Overall, it was a huge departure from the platforming roots the Mario series had become so well known for and the GameCube would only continue to cement the versatility of Nintendo’s cast of characters.

Nearly two decades later and we’re returning to the mansion once again at the tail-end of the 3DS’s lifespan in what is a surprisingly updated and modified version from developer Grezzo. This updated version includes new visuals, quality of life improvements, and even a couple of other surprises that make the trip worthwhile for both fans of the original and newcomers alike. 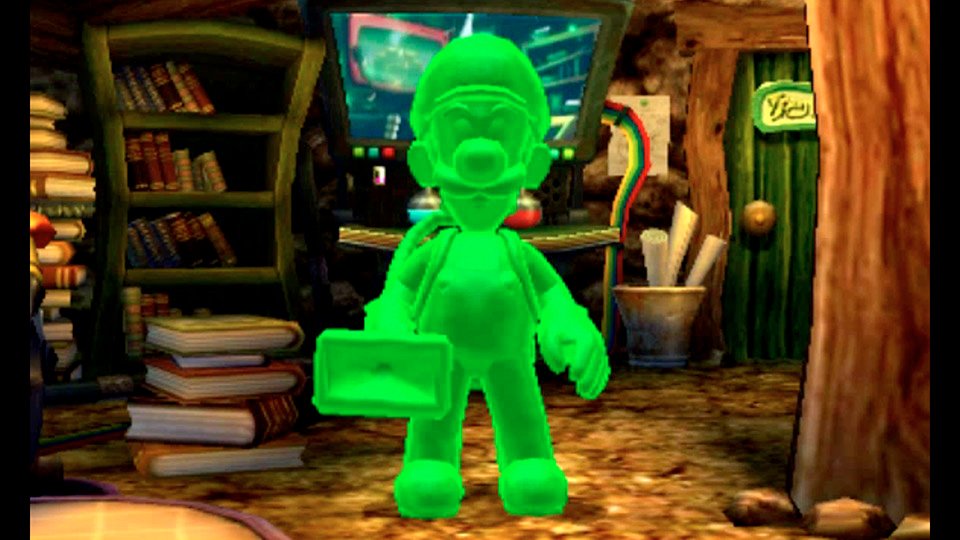 Luigi’s ghastly tale is a fairly simple one and it begins after winning a mansion from a contest he never entered. Soon after, he heads over to the mansion to meet up with Mario, only to discover his brother isn’t anywhere to be found. That isn’t to say the mansion is empty, though, because soon enough Luigi finds himself fending off ghoulish spirits with a tricked-out vacuum.

After acquiring the Poltergust 3000 from Professor E. Gadd, Luigi discovers his brother has been captured by King Boo and must rid the mansion of the boos, ghosts, and other foul creatures to save him. This classic tale and formula haven’t changed in the 3DS version of the game. You’ll still clear each room of its spooky inhabitants just as you did on the GameCube, but with some quality-of-life improvements that make the game a tad more enjoyable to play

Most notably, coins now take longer to vanish when hit by ghosts or when made flat by those pesky trap doors. In the original GameCube release, the animation for those trap doors squashing you, in general, would take longer than your coins would even stick around for. Making use of both screens of the 3DS, the Game Boy Horror, Professor E. Gadd’s communicator and radar for invisible boos, is now assigned to the bottom touch screen. It can also now be controlled with the gyroscope or even with nifty touch controls on the bottom screen.

Even more unique to this release of the game, though, is local co-op. However, the second player isn’t taking control of toad or Professor E. Gadd. No, instead they take control of an abomination known as “Gooigi,” which is some sort of green, goo clone of Luigi that I honestly believe is some sort of eldritch horror not fit for a Nintendo game, but, here we are. On the topic of this specific release of the game though, as I mentioned it’s not an exact port of GameCube release, but instead a heavily updated version utilizing both new and old assets. 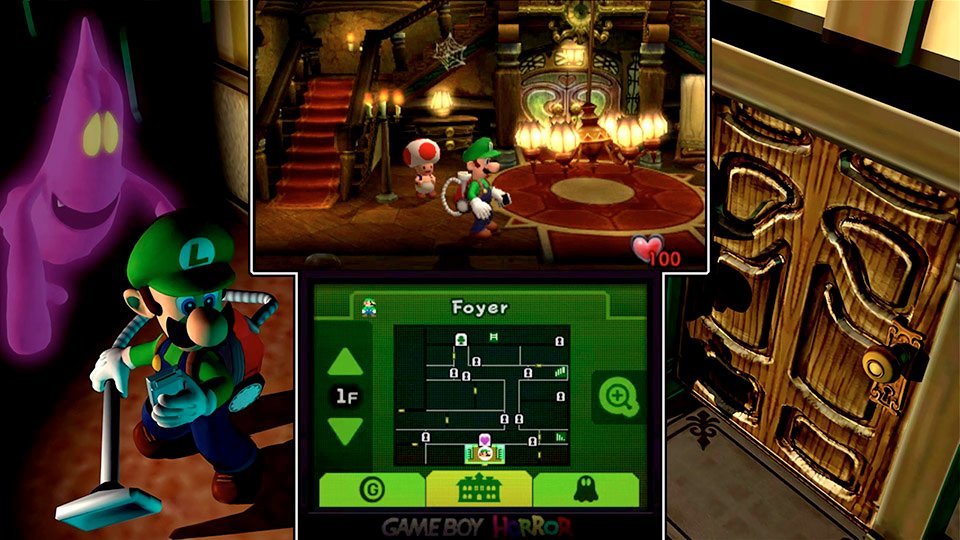 Even right from the start of the game, the design of the mansion has been slightly tweaked from the original GameCube release. Most opinions of the aesthetic changes will be pretty different from person to person, but I honestly think Grezzo did an incredible job with the new assets. The opening glimpse of the mansion is more imposing and dark compared to the original release, while lit areas within the mansion now have a warmer color palette overall.

But, not everything is for the better. Most notably, the frame rate tends to drop well below 30fps at times, and there are some additional load times between areas or events. Overall though, Luigi’s Mansion looks fantastic on the 3DS, especially in person. The new aesthetic updates and texture work still look solid and comparable to the original GameCube release. But, you will still get a higher resolution and sharper image on GameCube compared to the 3DS if you’re rocking some component cables.

However, if your 3DS supports it, this version of Luigi’s Mansion now also boasts stereoscopic 3D. It never does anything really too crazy with the effect, but the added depth of field in the opening scenes and other areas of the game is a nice touch. So, if you’re after that, it’s there. Also, the spooky Nintendo start-up from the GameCube release is sadly not present in the 3DS version and that’s upsetting to probably me and me only.

Nitpicks aside (which is exactly what these are, minor nitpicks), the biggest issue I have with the 3DS version of Luigi’s Mansion is simply the c-stick analog nub on the New 3DS just isn’t a good replacement for the GameCube’s c-stick controls. Whether you’re controlling the flashlight or attempting to suck up various objects with the Poltergust 3000 — it just feels clumsy and nowhere near as precise on the New 3DS’s analog nub. 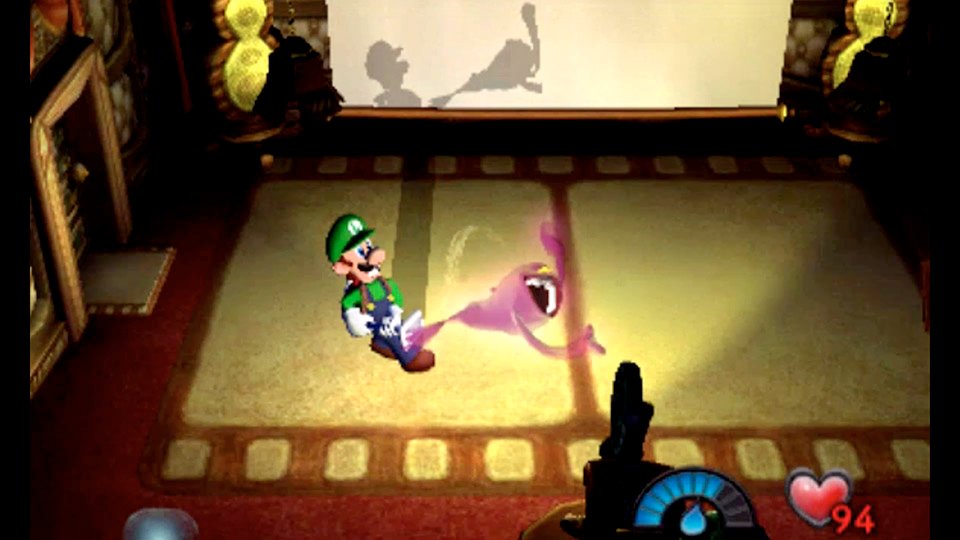 It’s even worse on older 3DS models without the analog nub, as these controls are instead assigned to the d-pad. So, you’ll have to take your thumb off the left analog stick (and stop moving) to use the Poltergust 3000 or flashlight. If you’re playing on an older 3DS, I highly recommend using the Circle Pad Pro if you have access to it. You’d think the simple solution would be to use gyroscope aiming (like you do with the Game Boy Horror), oddly enough though, it’s not really a viable control option for either the flashlight or Poltergust 3000 as you can only point up or down with the gyroscope.

Some technical and control issues aside, I still think the 3DS version of Luigi’s Mansion is a solid option for newcomers or for people looking to revisit this GameCube classic. Catching various ghosts and completing Professor E. Gadd’s gallery is a perfect time burner on the go and Grezzo have done a solid job bringing Luigi’s Mansion to the 3DS. I just don’t know if I’d prioritize playing the 3DS version over the GameCube version in the future.