In space, no one can hear you go ‘wheeeee!’

The VR space is becoming much more well-rounded. Yes, there are still a lot of terrible one-note garbage games that try to take advantage of people being desperate for something new to play, but there are also a lot more real games. Sure, they don’t come out as often as traditional games, but these things take time, you know?

After Wilson’s Heart, I was excited to see what Oculus Studios would publish next. Some publishers have a keen eye for quality and know what to help get out there, but others don’t seem to have that filter. Thankfully, after playing Lone Echo, it’s becoming apparent that Oculus Studios knows which VR developers to back because the team over at Ready at Dawn has created a quality product with Lone Echo. 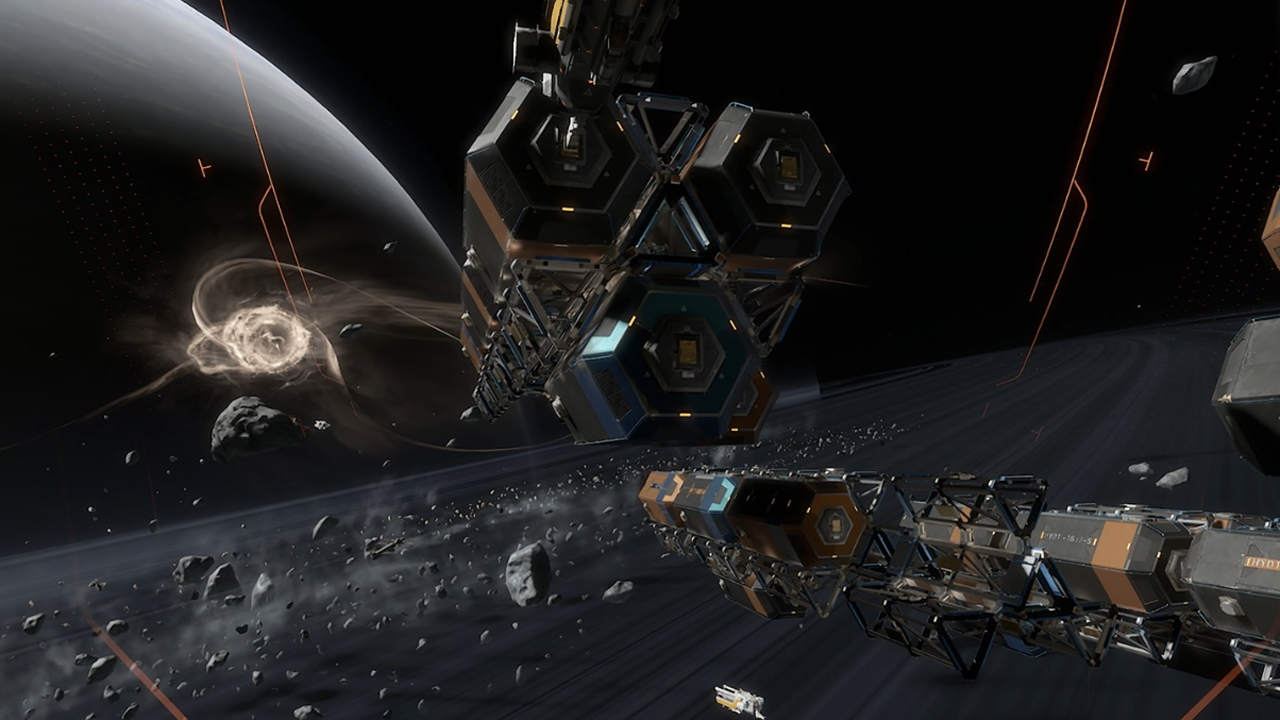 Lone Echo is the story of Jack, a robot, and Liv, a not-robot. The player assumes the role of Jack and cooperates with Liv to investigate an anomaly that pops up near their space station and is causing a whole mess of issues. The relationship between the two characters is the star here; the plot itself starts off as rather predictable but ends up taking the player places they likely won’t expect. Through it all, the banter between Jack and Liv feels comfortable with solid writing and great voice acting.

The player can even choose what kind of personality Jack has through his responses. Many lines of dialogue are pre-programmed, but at various times throughout the story, the player can choose between a few options for Jack to say in response. These don’t influence the story in any way, and choosing nothing (silence) is also a valid response, but it helps the player get connected to their robot persona and shape him to be either a by-the-book protocol droid or a sassy sarcasm bot.

As Jack, the player has an array of tools at their disposal, which are introduced at a comfortable pace. The tutorial could have easily dumped all of the tools on the table at once and said “okay remember this,” but that is not the case. Jack’s “boot up process” — an elegant way of tutorializing mechanics — gets interrupted and some mechanics are introduced later, when necessary. The tools are simple, but always a blast to use in VR. There is a scanner and laser cutter, activated by tapping a certain area of the wrist, in addition to boosters, breaks, and a headlamp. Okay, I know a headlamp sounds lame, but I loved tapping the side of my literal face to activate it.

It takes some getting used to, but the game eases the player into handling all of these aspects and within a couple of hours, it becomes second nature. Even movement, something that almost every VR game struggles with, becomes enjoyable and relatively fluid. Since there is no gravity in space, the player simply grabs and pushes off objects in order to head off in a direction. Additionally, there are hand boosters to make slight corrections or just to speed up. Again, this takes some getting used to, but after a while it just makes sense.

It is crucial that movement becomes unobtrusive and second nature since it so often gets in the way of the enjoyment of VR titles. We’ve reached a point where developers are figuring it out and using unique and efficient movement mechanics that aren’t just teleporting around. Pushing off objects in the world feels great, especially with the handheld boosters and breaks that provide the player with reassurance while drifting along in space.

Gameplay is heavily exploration based, as players head to various areas inside and outside the space station. Despite everything being pretty par-for-the-course in terms of “space stuff,” being out in space, even just on some rock hunk, often took my breath away. Just floating there, looking around, pushing off things to get places — it all seemed so carefree. Unfortunately, there are times where the game stutters while (presumably) loading, which not only ruins the atmosphere but really messes up your head in VR. I would experience these moments when heading to new areas, but it would stop soon after. 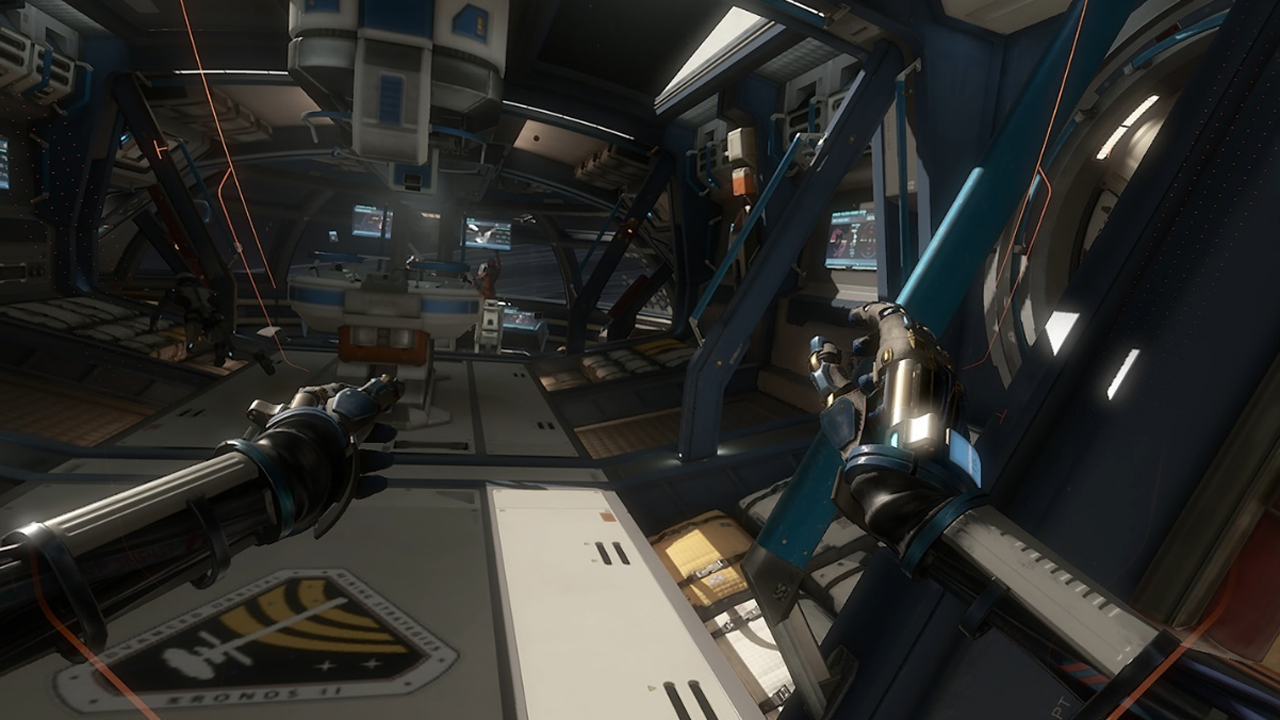 Perhaps the game’s greatest strength is how easily it ebbs and flows between moods. In general, it is a rather lighthearted affair, but there are plenty of serious and frantic moments that help balance the tone and remind the player of the stakes. In fact, after a specific moment, just about everything becomes heavy and the game takes on a whole new look, seamlessly shifting from one tone to the next.

Moving the plot forward requires taking care of some mini-puzzle involving one or more of your tools, and the game generally just spells out what needs to get done, either from Jack speaking aloud or Liv mentioning what to do. In general, players will move pieces around, turn handles, cut metal with their wrist-mounted cutting device, or scan things with the also-wrist-mounted scanner. Nothing is hard, but I feel as if things were much harder, they would be more frustrating than rewarding. There is one bit that requires quick and somewhat precise movement that sort of feels out of place and annoying, but given that death is meaningless (Jack’s AI just gets loaded into a new, nearby robot), it’s not too big of an issue.

Lone Echo is also a great-looking game, the aforementioned stuttering aside. Space is appropriately empty, but with enough things to catch your eye as to not seem boring. The music complements the mood changes perfectly and helps set the right tones at the right time. I was comfortable playing sitting or standing but preferred the former since I often played for extended periods. I also had three Oculus cameras set up (two in front and one behind) to allow for better tracking during rotation. 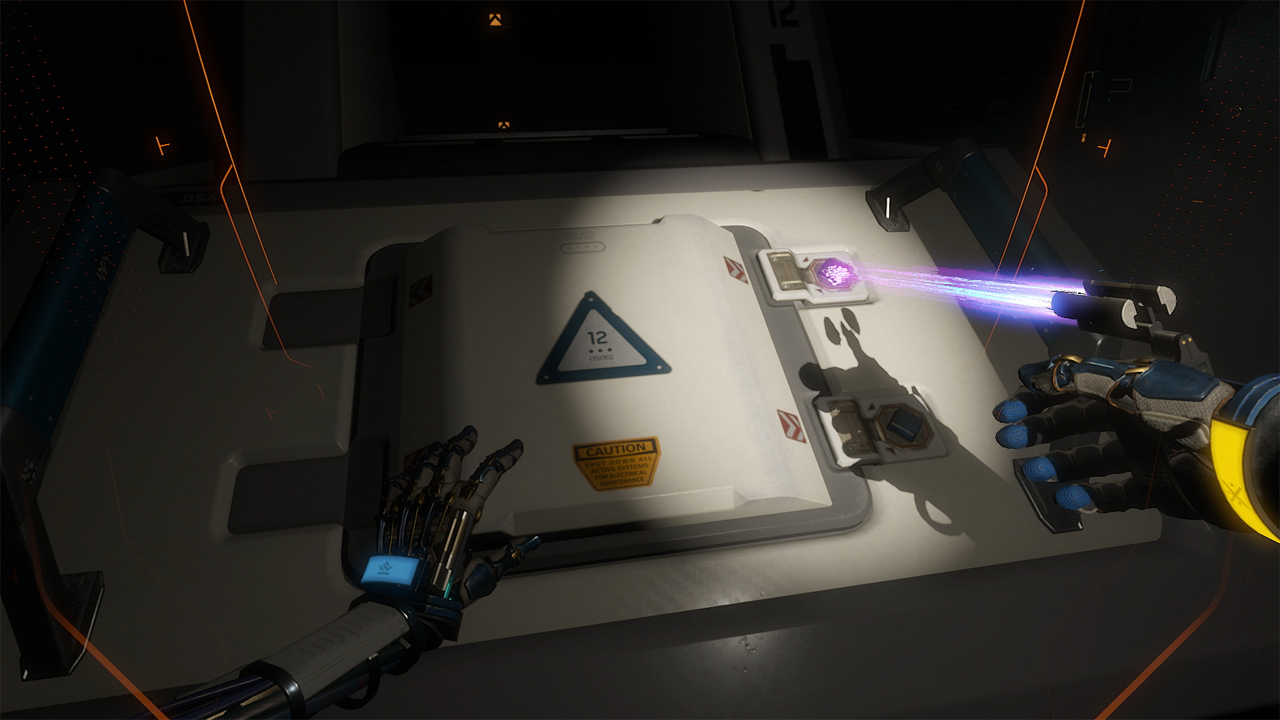 I think VR developers are getting the hang of things. I’m no longer suggesting friends pick up titles because “it’s a good way to kill 20 minutes,” but rather because these are video game experiences worth having and enjoying. Lone Echo strikes an exciting balance between exploration and puzzles that make space seem like a playground for the player. It really nails the relationship between the two main characters and does a great job of telling an interesting, if a bit predictable, story thanks to a unique conversation mechanic and great voice acting.