Back in 2008, LittleBigPlanet was a staple in the Carter household for a good year. It was tough to put down as we earned a full 100% completion rate, and creating levels for each other was a joy. Floaty physics hate be damned, not every level was a Super Mario Bros. clone.

When the sequel hit though, it didn’t have a whole lot that was new about it to entice us further, and it fell by the wayside. Similarly, LittleBigPlanet 3 doesn’t shake things up from the core formula, but the sheer commitment to keeping the level-building platform intact after all these years is something special. 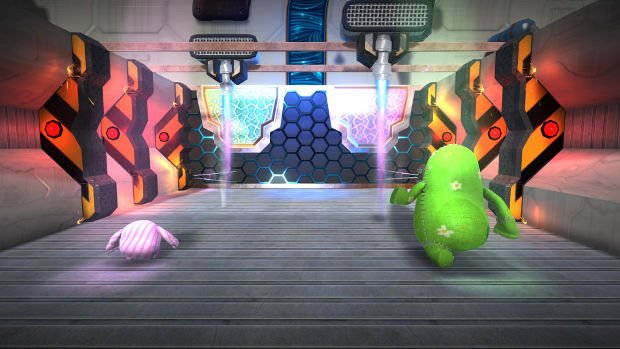 This time in Sackland, Sackboy is put up against an evil Hugh Laurie (a light bulb person named Newton), and is tasked with saving the world of Bunkum as he teams up with his new friends, Toggle, Swoop, and Oddsock. That’s the story in a nutshell, for better or worse, as you’re not going to get much more than that. In my mind it edges out on the side of better, as it resembles one giant Wallace & Gromit episode, complete with wacky antics and a fairly talented voice cast. Visually on the PS4 the game looks very smooth, but it definitely feels like the PS3 was the lead platform here, give or take a few lighting effects.

The narrative is secondary to the actual story experience, which is basically a teaching tool for all of the new character mechanics and the gadgetry and platforming you’ll inevitably use while playing online. It’s the aforementioned new characters that bring welcome changes into the world of LittleBigPlanet, even if they aren’t exactly groundbreaking.

Toggle has the power to change his shape with the press of a button, allowing him to morph from a lumbering hulk to a teeny sack that can run on water and go through tight spaces. Oddsock is a frog-dog thing that can hop at a greater height than other characters, as well as hop off walls. And Swoop…man my boy Swoop, he can fly. He’s sort of broken that way, but the Swoop-specific levels are designed around his abilities. It’s also really fun to carry people (except Big Toggle) as Swoop.

The problem is finding things to actually do with the whole gang. While the story allows for each of them to briefly shine in their own way, you’re only going to get a taste of the new characters every so often, and it isn’t until the game’s conclusion that all of them are available at once. Also, playing online can present problems with the new characters as many levels have locks on them that force you to only play as Sackboy. If you have the patience you can already find levels online that accommodate, but Sumo Digital should have added more in the base package. As it stands it is adequate, but I expected a bit more.

Since you’re going to be seeing a lot of Sackboy, gadgets are back, including a vacuum that has a dual blow and suck function, as well as a jetpack and other power-ups. You’ll have to flip between one gadget at a time as you go, but earning a new upgrade truly feels like you’re getting somewhere, even if the need to play as the other characters will no doubt eclipse your love of gadgetry. Yes, the physics are still “floaty,” but the new characters (when you can play as them) will help alleviate any concerns you have, especially if you spring for Swoop or Oddsock.

If you’re feeling less action-oriented and more puzzle-savvy, you can also spring for the “Popit Puzzle” mode, which stars Larry Davinci from LittleBigPlanet 2. In short this is an extra mini-campaign that lets you don a hard hat and move platforms around to get through smaller stages, just like Sackboy’s Prehistoric Moves minus the PlayStation Move device. It’s a nice diversion but it didn’t catch my attention like the other characters or even the aforementioned Prehistoric Moves. 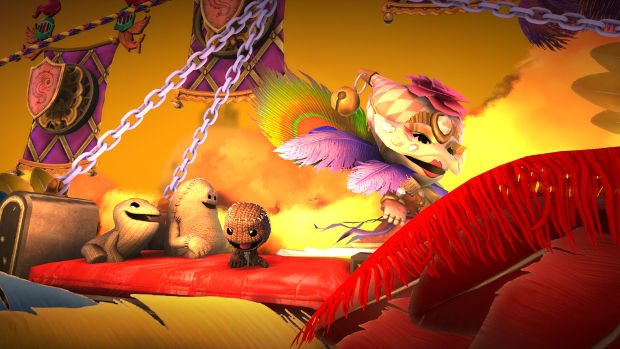 The import process to bring in your content from LittleBigPlanet 1 and 2 is painless, and only takes roughly 45 seconds to bring in hundreds of outfits and objects. But the real key here is the commitment to building one giant world dating all the way back to 2008. Upon booting up LittleBigPlanet 3 and going to the creation planet, I found my old levels that I created six years ago still intact. My Mega Man 2 Crash Man stage, my Oceans 11 heist remake, they were all there and ready to play. All of my hearted (favorited) levels are also still there, which is incredible.

Creating levels is still a fairly niche activity as the entire process could be described over multiple guidebooks, but Sumo Digital does a decent job of acclimating new players to the basics. New layers, buttons, AI, and top-down camera options are the highlight of this year’s edition, but if you’ve already played the best and brightest stages from the first two games over the course of the past six years, you’re going to have to wait for the good stuff.

There aren’t a whole lot of “new” stages out in the wild as the game has just launched, so as always, you’re at the mercy of the community to help keep you playing past the initial launch week. Nothing is guaranteed, and I only found a handful of stages so far that I’d recommend to people. Unlike the previous iterations to some extent, the story mode isn’t strong enough to assuage that wait. 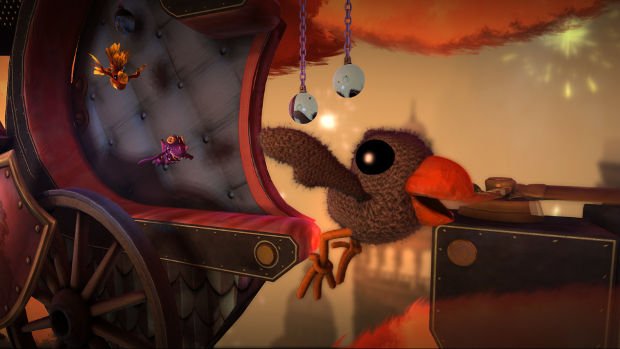 With all of the innovations LittleBigPlanet 3 brings with Toggle, Oddsock, and Swoop, it’s a shame they aren’t allowed to show off their stuff on a regular basis, because they are the best thing to happen to the series in years. It would be nice to see them return in a big way in a potential sequel, but for now hardcore LBP fans should have enough creation options to last them until that point.