Coins. Plenty of games have them scattered around to collect, but few explain why they’re there in the first place. If they’re so valuable, why did somebody just leave them there?

Leo’s Fortune gives a reason. The titular mustached puffball earned his gold fair and square, through hard work and ingenuity. So naturally, when somebody steals it all, he sets out on a quest to regain what is rightfully his. Along the way, he learns a lesson about money, greed, and true value. 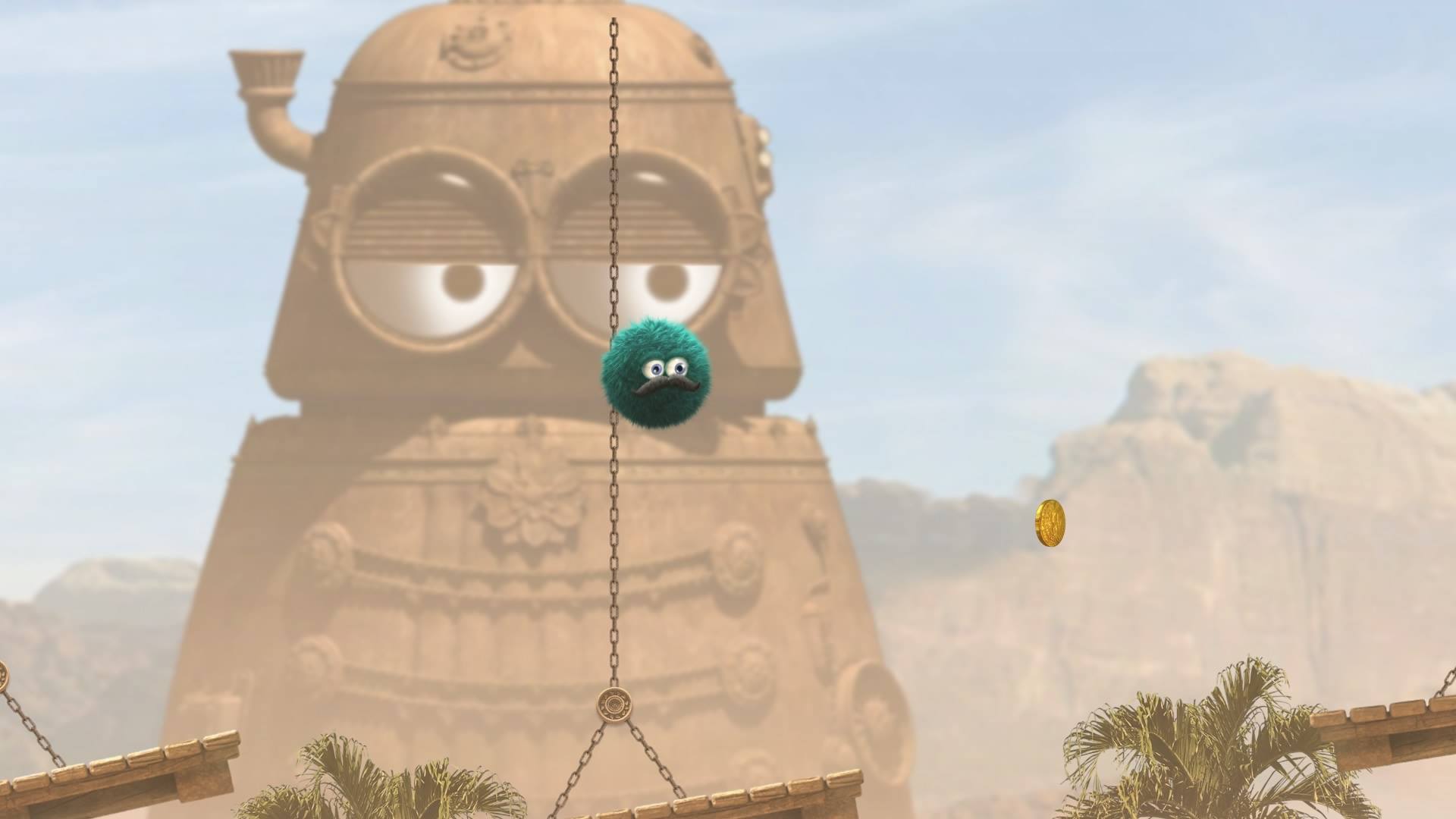 Leopold is a slippery guy, which aids in the speed sections. Certain areas have ramps and curves built in, giving Leo a playground to jump, inflate, and dive toward the exit quickly. Of the three styles of platforming present, this is the most exciting.

The other two styles slow Leo down considerably. With his inflate ability, he can not only jump and launch off walls, but he can also slow his descent, giving himself greater control in spiky sections. Here, Leopold’s slipperiness can get him into trouble; he will sometimes maintain momentum from a speed section straight into a trap. It can be difficult to make the small adjustments necessary for the precision segments, because pressing in one direction for more than a split second will send him careening in that direction.

The puzzles are a welcome change of pace, though they never really tax the brain. For the most part, they are the same kinds of physics-based puzzles we’ve seen elsewhere. They’re certainly not bad, but they’re never mindblowing either.

All of this is tied together by an after school special-esque story. Though the specifics of the big twist aren’t exactly predictable, it’s clear throughout that Leopold is barking up the wrong trees and stands to learn a life lesson. It’s almost like one of Aesop’s fables; it comes with the moral of appreciating people over possessions, which is a great message to teach children, but feels trite to those who have heard it before.

In that way, the story mirrors the puzzle sections. It’s totally serviceable, but I’m not particularly impressed by it.

Where Leo’s Fortune excels is in the presentation. Leopold’s fuzz and a lot of the environmental effects are fantastically animated. Leo slides as he moves, meaning he doesn’t have any walking or rolling animation, but despite that he exudes personality, particularly through facial expressions. I love the look he gives when he inflates. 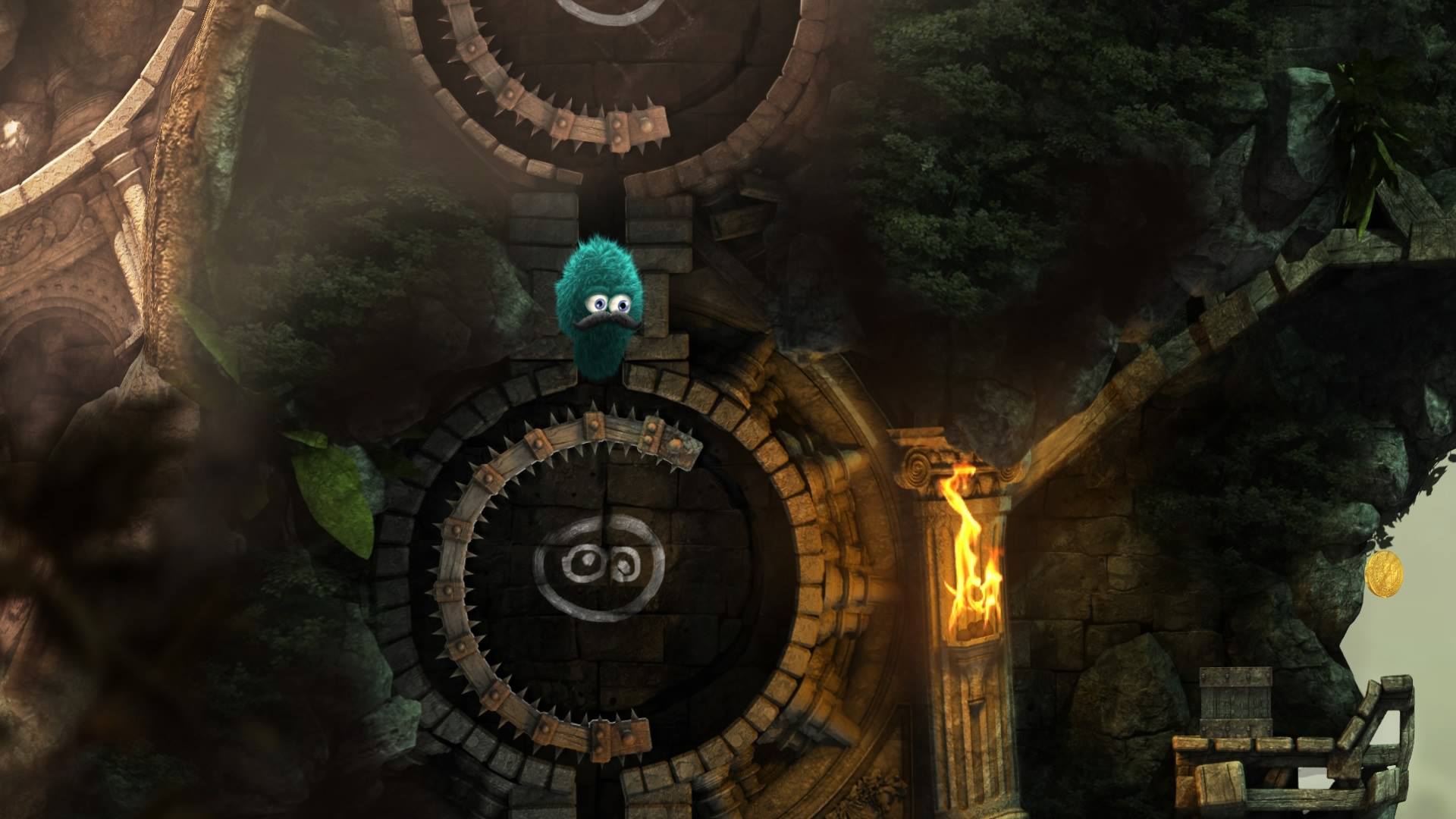 So what we have in all is a beautiful platformer with ups and downs (literally and figuratively), a mundane narrative with a good message, and some real difficulty toward the end. The whole game probably only takes about an hour or two to finish (with full game speedruns clocking in at about 45 minutes.

It’s not a must-buy, not even for platformer fans, but it’s a cute little game that most people can find some fun with.