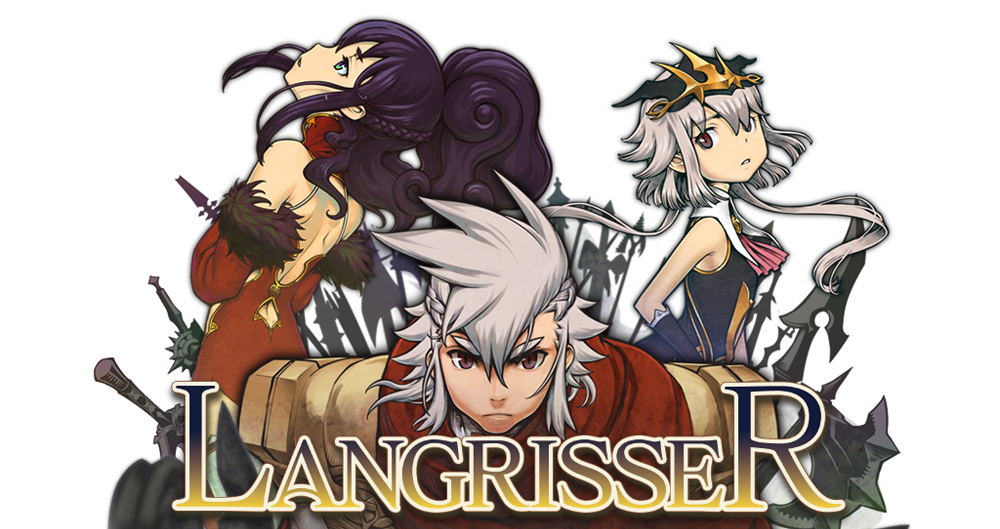 Maybe in the next life

Owners of the Nintendo 3DS know the system has a veritable buffet of great and engrossing RPGs. It’s become a never-ending feast as seemingly every other month a new game is released that treats us to a delightful and well-crafted romp that has the chance of becoming somebody’s new instant classic. But just like a real buffet, there is occasionally a food everyone in the restaurant avoids because they can tell it’s no good just by looking at it.

For the 3DS, that disgusting looking dish is Langrisser Re:Incarnation Tensei. 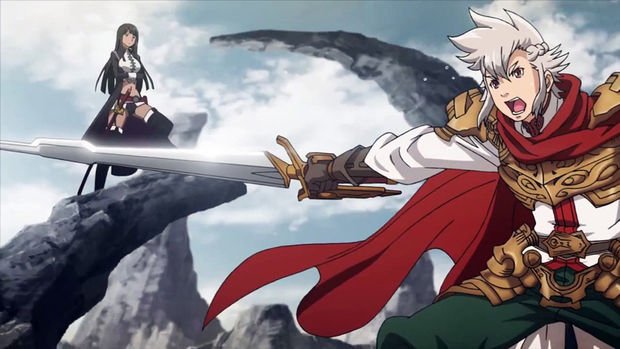 Langrisser Re:Incarnation Tensei is a bad game. As much as I would like that one sentence to be the entirety of this review, there are no doubt several people out there who probably want to know why I say that. If you are one of those people, please enjoy the following 11 paragraphs of me bitching about a video game.

Not bothering to set up its world or any of its characters, Langrisser throws you right into the action as the story begins with the invasion of Borcelaine. You play as Ares, and you’re briefly introduced to much of the main cast before picking up the legendary Langrisser sword and heading into battle to defend your hometown. While I appreciate a no-nonsense introduction, throwing that many characters at me so quickly eliminated any chance I had of actually giving a damn about the people who populate this game, and that includes the protagonist.

The setting here is generic fantasy land with generic fantasy locations and generic fantasy characters. We’ve seen all this game has to offer in just about every other RPG. Throughout the branching storyline, you have the opportunity to switch sides several times and take control of one of the three warring armies. That could have been interesting, but the tale is so by-the-numbers you’d swear it was plotted out by accountants. The dialog is uninspired, and chapter titles are textbook examples of cliche. “The Wheels of Fate Turn,” “The Promise Ends Here,” “A Comrade’s Betrayal” — that’s elementary school stuff right there, and I don’t mean stuff written for elementary school kids, I mean stuff written by elementary school kids. 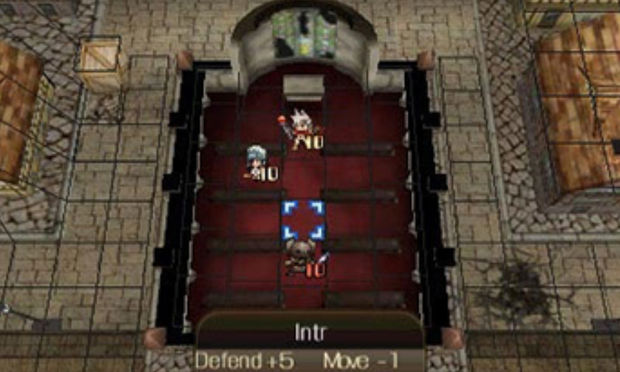 Combat is just as flaccid as the story. Langrisser Re:Incarnation Tensei is a grid-based, strategy RPG similar to the recent Fire Emblem games but worse in every possible way. With so many similarities between the two, it’s easy to think of this as a poor man’s Fire Emblem at a rich man’s price. However, as I am unfamiliar with the rest of the games in the Langrisser series, I cannot say for certain it ripped off Nintendo’s premier RPG. What I can say is maybe it should have.

You control a team of up to eight characters fighting against armies with troop counts that can be dozens more than what you have at your disposal. You can double and sometimes triple the size of your team by hiring mercenaries from the guild to fight alongside you. With that many people in battle, maps have to be big, but here they’re often too big. There are several missions throughout the campaign where it took multiple turns for anyone on my team to engage in their first skirmish. These massive maps often lead to battles that are way longer than they should be.

No matter how high or low their level, each character has a maximum of 10 hit points and if your character isn’t strong enough, they’ll likely be taken out in a single blow. The weaker your character, the more debilitated the mercenary they can hire.  I found I had to go out of my way to level up my team because it’s incredibly easy just to focus on two or three characters and have them tank their way through the game. Characters only gain experience using skills or by defeating an enemy, so if you leave a grunt with a sliver of energy, there’s no XP for you. 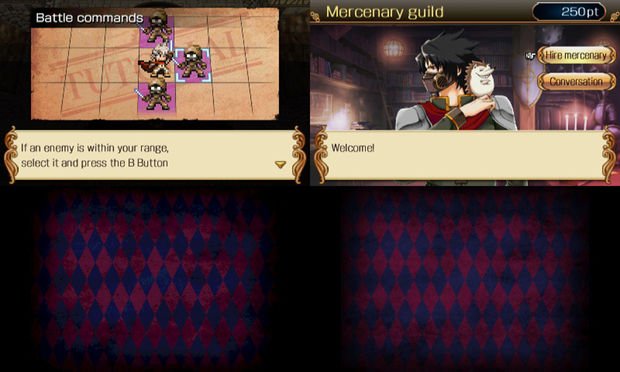 There is a class system, but I quickly found out classes don’t matter. As every non-mercenary character can heal themselves and magic in the game is ridiculously weak, I took out every enemy in the same way: fighting them face-to-face. And it doesn’t matter who does the fighting. Early on my priest got more kills than the rest of my team and by the end of the campaign, she was an unstoppable murder machine. I literally just had her One-Punch Man herself across the final two missions. With no replayable maps to grind on, my weaker members never had a fighting chance of leveling up, so I really didn’t have a choice.

In between battles you can talk with teammates, hire mercenaries (that don’t carry over between fights), buy and equip weapons, and eat consumables. Unsurprisingly, there are issues with each of these facets of the game. Let’s start with mercenaries, which for some reason only allows you to hire multiples of the same type. Tough luck if you wanted an archer and a swordsman by your side. When buying equipment, you can see which characters can use it, but there is no information about its stats. Is it stronger or weaker than the weapon you currently have equipped? Like a Gacha ball, the only way to find out is to buy it and hope for the best. You can also pick up weapons, armor, accessories and consumables in battle, the latter of which are found exclusively on the battlefield. During my first, 13-hour playthrough of the campaign, I found exactly one consumable.

Chatting up your teammates helps build rapport and flesh out their thin personalities. The end goal here is to fall in love. Like any other warm-blooded American, I immediately decided to see how much I could gay it up. Turns out, not as much as I expected. You’re only allowed to talk to three different characters between battles, so I focused all my attention on Ansel, the beautiful knight. Each time I told him he was cute, he rejected me. But I didn’t care. He’s hunky, and I’m what they call predatory gay. So I kept at it. When I reached the point in the story where I was supposed to proclaim my love, I was in a relationship with three different people, including my sister (don’t ask). I could only bare my heart to one of them and went with Ansel. His response? “I don’t have a girlfriend right now. And I don’t dislike you. I think it’s fine.” Romantic, ain’t he? If that line sounds familiar, it should as it’s spoken by every straight guy in porn when a gay guy convinces him to try some man-on-man sex.

Sadly, this “I think it’s fine” affair wasn’t meant to be as immediately after Ansel flashed me some skin he went right back to hooking up with the various women on my team. First you tell me it’s cool to be in a relationship with another dude and then you go right back to trying to bang chicks. Who am I dating here, David Bowie? 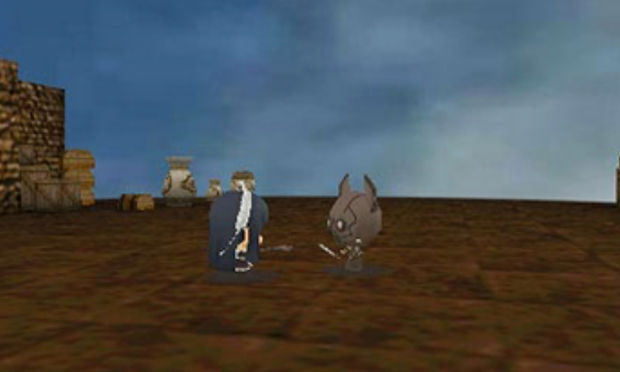 That little flash of skin Ansel gave me was nothing to celebrate. Static artwork and character portraits are extremely basic and unimaginative, but they’re regular Picassos compared to the chibi combat plaguing the battles. When you engage with an enemy character, the screen switches to a “cinematic” fight scene that is anything but cinematic. The poorly detailed 3D models don’t attack so much as they just bump into one another. I don’t hate chibi-style artwork, but the GameBoy Advance could pull off better looking 3D characters than what we’re given here. You can turn the cinematics off, which I did right after my second fight.

In the buffet of 3DS RPGs, Langrisser Re:Incarnation Tensei is the day old, slimy tilapia Golden Corral employees forgot to take out. Other than the fact the game didn’t crash on me, there isn’t an iota of quality to be found. I knew I was going to have a rough go at it when I booted up the game and realized the developer switched the traditional roles of the “A” and “B” buttons for no goddamn reason. But that was only the tip of the poor execution iceberg that is Langrisser Re:Incarnation Tensei; a game I have no qualms calling the worst RPG I’ve ever played.