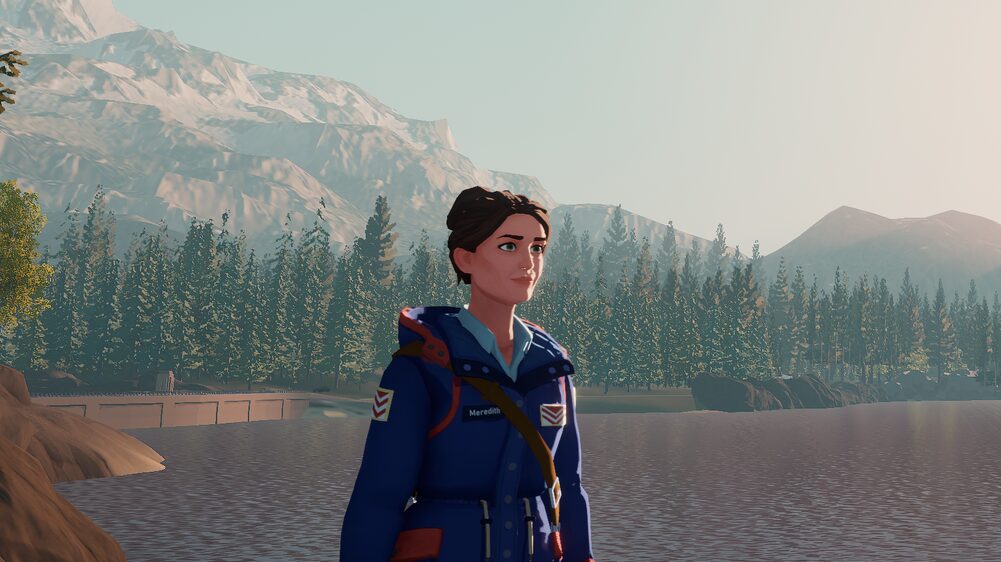 I honestly feel that mail delivery is a great mechanic for introducing characters. It helps you get to know their location in the gameworld, gives you a window into whatever mail-related issues they’re having, and opens the door for helping them further. I don’t think postal services would seem out of place in a game like Majora’s Mask or Deadly Premonition where side characters are essential.

There are a couple of games that seem to be using this method of storytelling that appear promising. And while Mail Time doesn’t have a release date quite yet, but Lake is already here. It’s time to put our postal skills to use and see if this game can deliver. 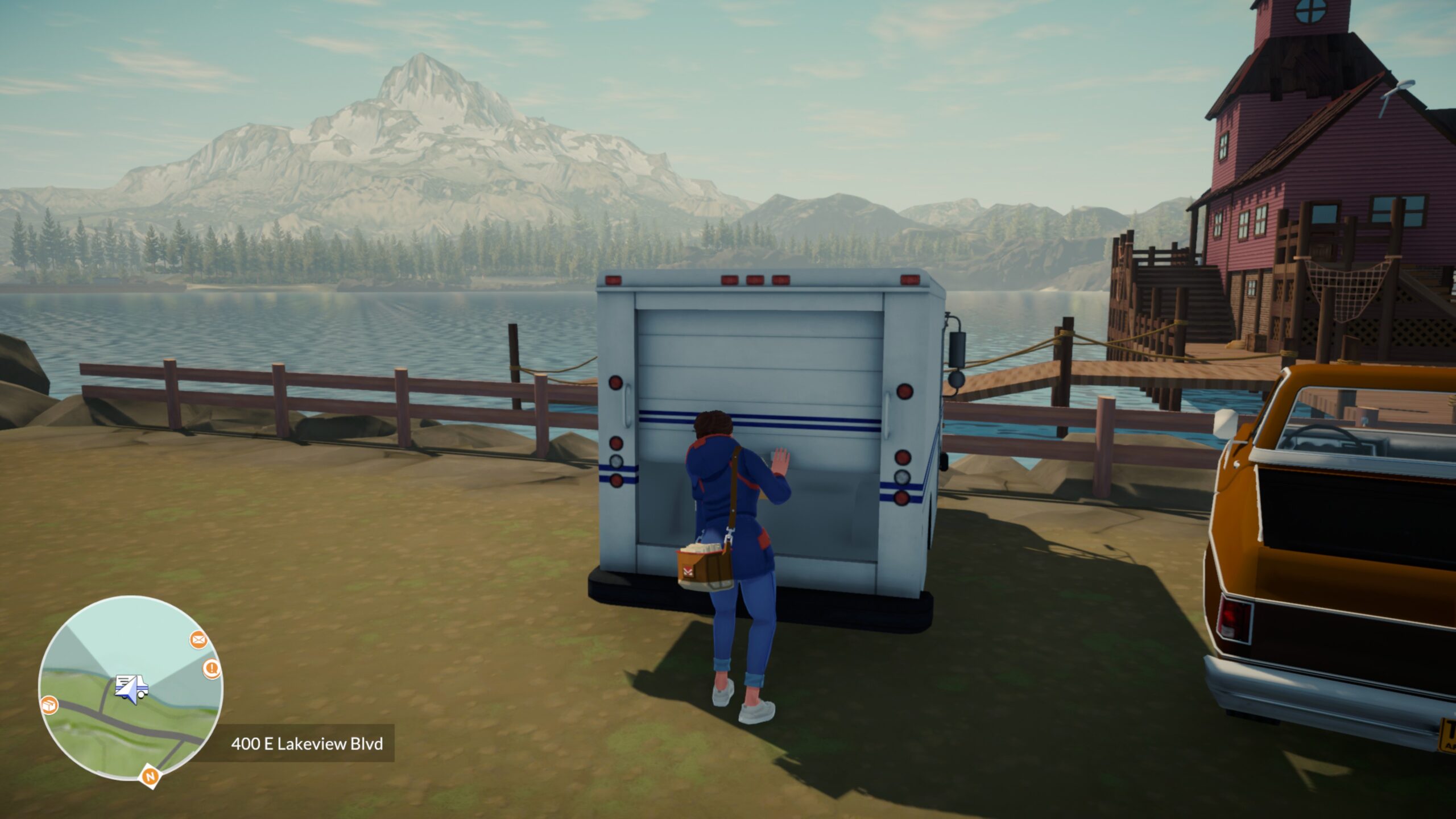 I grew up in a small, rural town. Population 1800 if you came in from one side of town, 1900 if it’s the other — because the signs didn’t match. It was boring. There are worse things than a boring childhood, but honestly, it can be pretty damaging all the same. For example, it’s probably why I turned to video games, and if I had grown up in a more populated environment, I might have become a well-adjusted adult instead.

Lake is the story of going back to that after 22 years of absence. Some people say you can’t go back home — the implication being that things change too much in your absence — but apparently, here it’s as easy as taking a two-week vacation.

For Meredith’s vacation, she takes a stint as a temporary postal worker. Can you actually do that? I don’t know, but she does. So, for two weeks you go about her childhood town and deliver mail and packages. Re-establish connections, find out what changed, meet new people, then decide if this is what you want permanently. 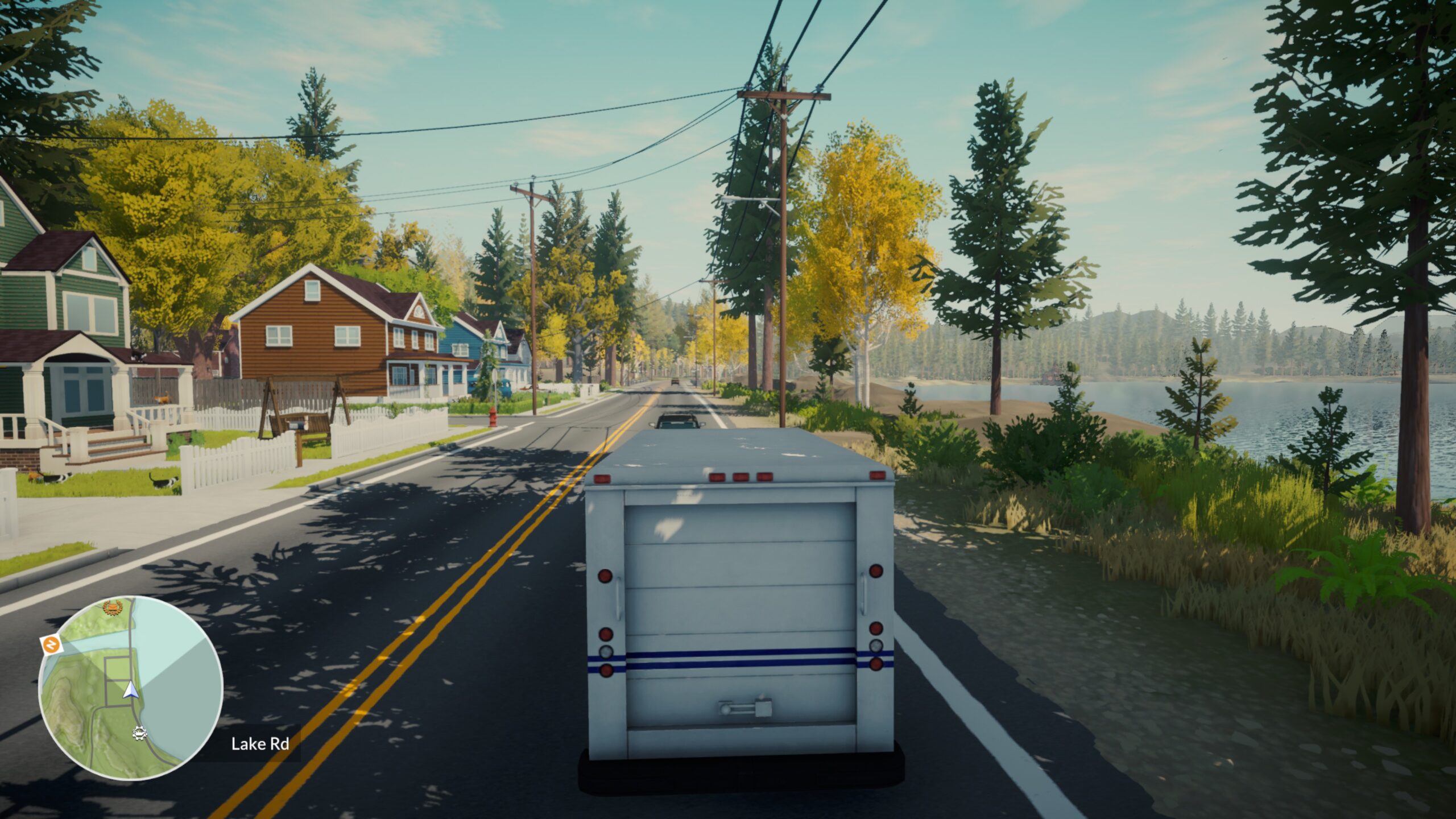 I want to put forth that Lake is exactly what it says on the box. It seems intended to be a relaxing game for people who want to get away from the city. Don’t expect anything exciting to happen, you’re just along for a vacation. You’re not going to be unraveling a murder mystery, but you might help convince the town not to build apartments near the lake. I mean, that’s a real problem small townsfolk have.

It takes place in Providence Oaks, Oregon in 1986. If you’re wondering if Lake features a lake, I can confirm there is a lake. You play out each day of the two weeks, doing your deliveries each day (except Sundays). In the evening, you’re always inundated with phone calls from your parents and boss, then you can choose what quiet way you spend the evening.

Occasionally, especially in the second week, you’re asked if you want to spend time with the townsfolk. This gives you the chance to get to know them better, but also gives you the opportunity for choices that will affect your final decision. Then others are pointless, like when you babysit. You show up at the door, ask who’s ready for s’mores, and then it fades to the next day. “Pointless” might be going too far, I think it affects a character’s sub-plot, it was just weirdly anti-climactic. On the other hand, I’m glad I didn’t have to watch Meredith babysit, so I don’t know what I’m complaining about. 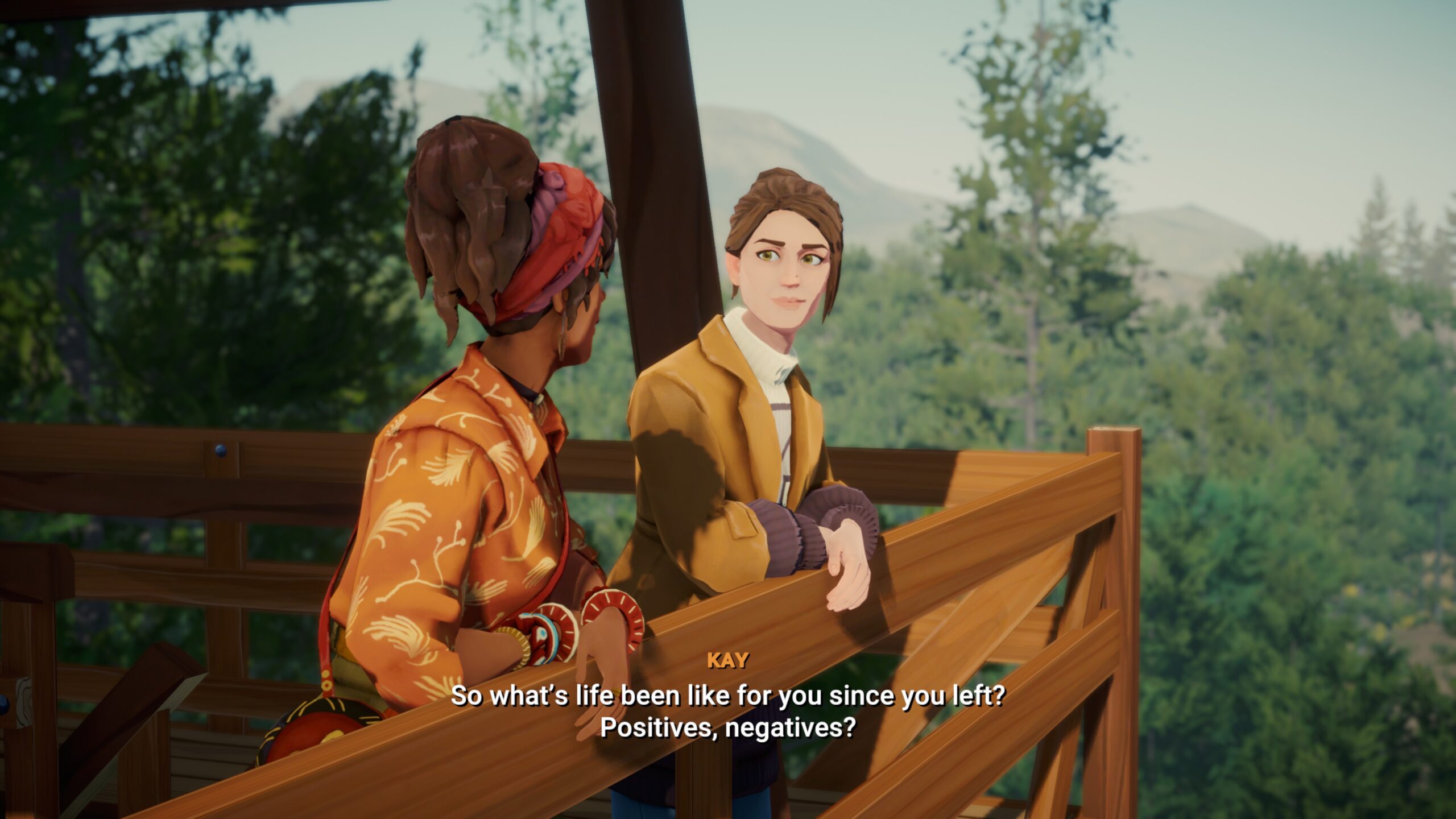 You can always just say “no” to hanging out after work. I did whatever came my way because, even though I’m an introvert and have no interest in human contact, I knew it was just for a two-week period, so what the heck? The option is there, however. If you’re not that interested in someone, just tell them you’re busy.

I hate the music. That’s going to largely be subjective because it is music contributed by artists, but it’s largely pop-country and that genre makes me wish my ears would just eject from my skull. You can turn off the truck’s radio, but when you walk into a store, often they’re playing that damned music. Music about how city folks have no values and they’re always waiting in line. Sorry, honestly it’s personal taste and not everyone is going to have such a strong aversion.

I also found the narrative lacked any real punch. That’s maybe the point, but I found the characters to be a bit too realistic and uninteresting. The plot really depicted small-town life where not a lot happens. It gets it right, I can say in its favor. 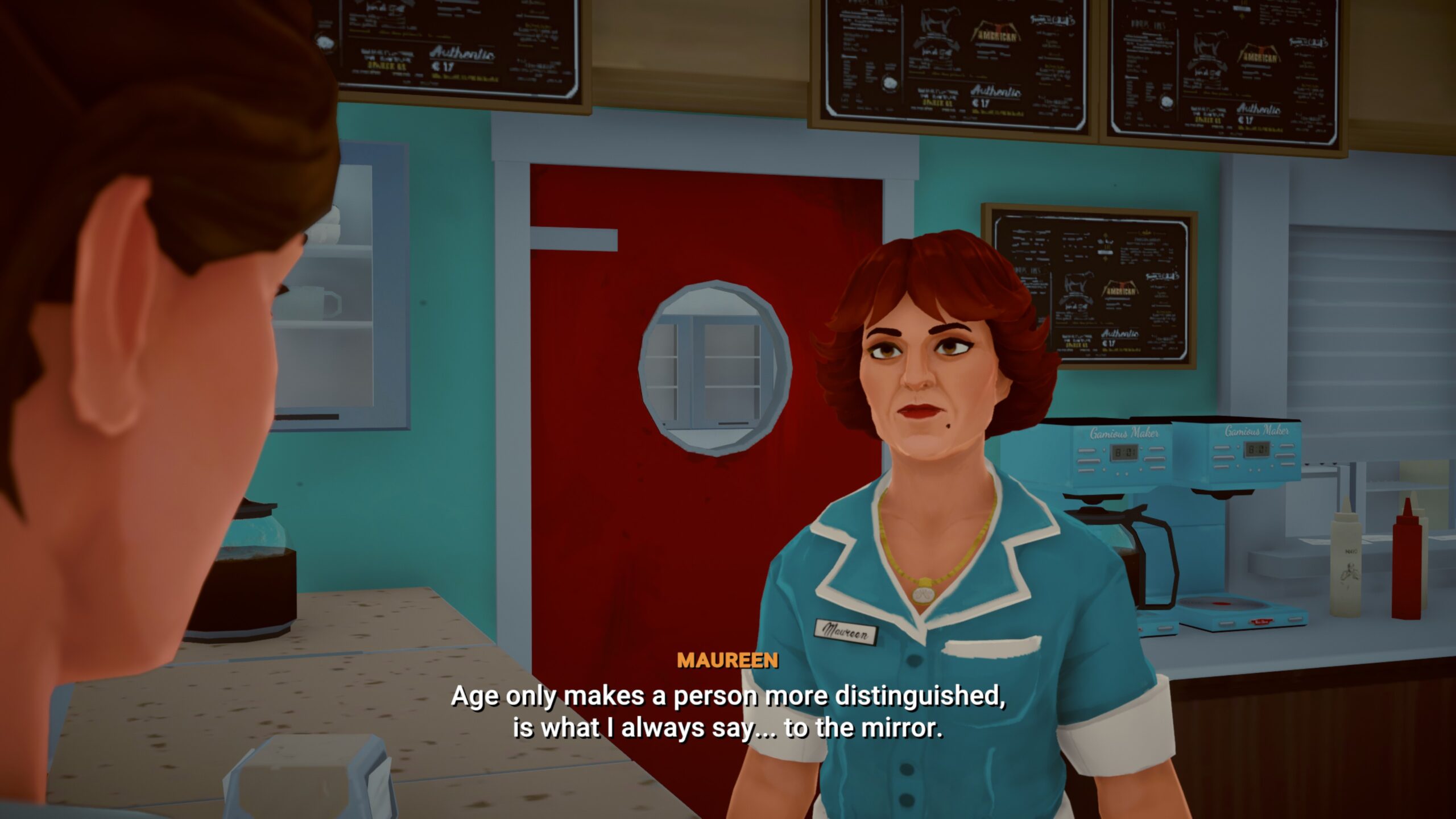 On the other hand, it is all rather organic. There aren’t really any right or wrong answers, so you’re largely steering your own narrative. The choices you make are your own, and it really feels like they have the impact you’d expect.

There are some exceptions. I felt like Lake often pressured me towards the choice of staying in Providence Oaks. It leans pretty hard into the theme of living a simple life, and, at times, it felt a little biased when the decision was supposed to be mine.

In the end, I didn’t even get the ending I wanted because I didn’t understand the implications of what I was saying to one of the characters. I just wanted to avoid stepping on their feelings, and instead, I just bent to their will. You know, sometimes life is just like that, but I think with such a big decision, I maybe should have been given an “are you sure you’re sure?” 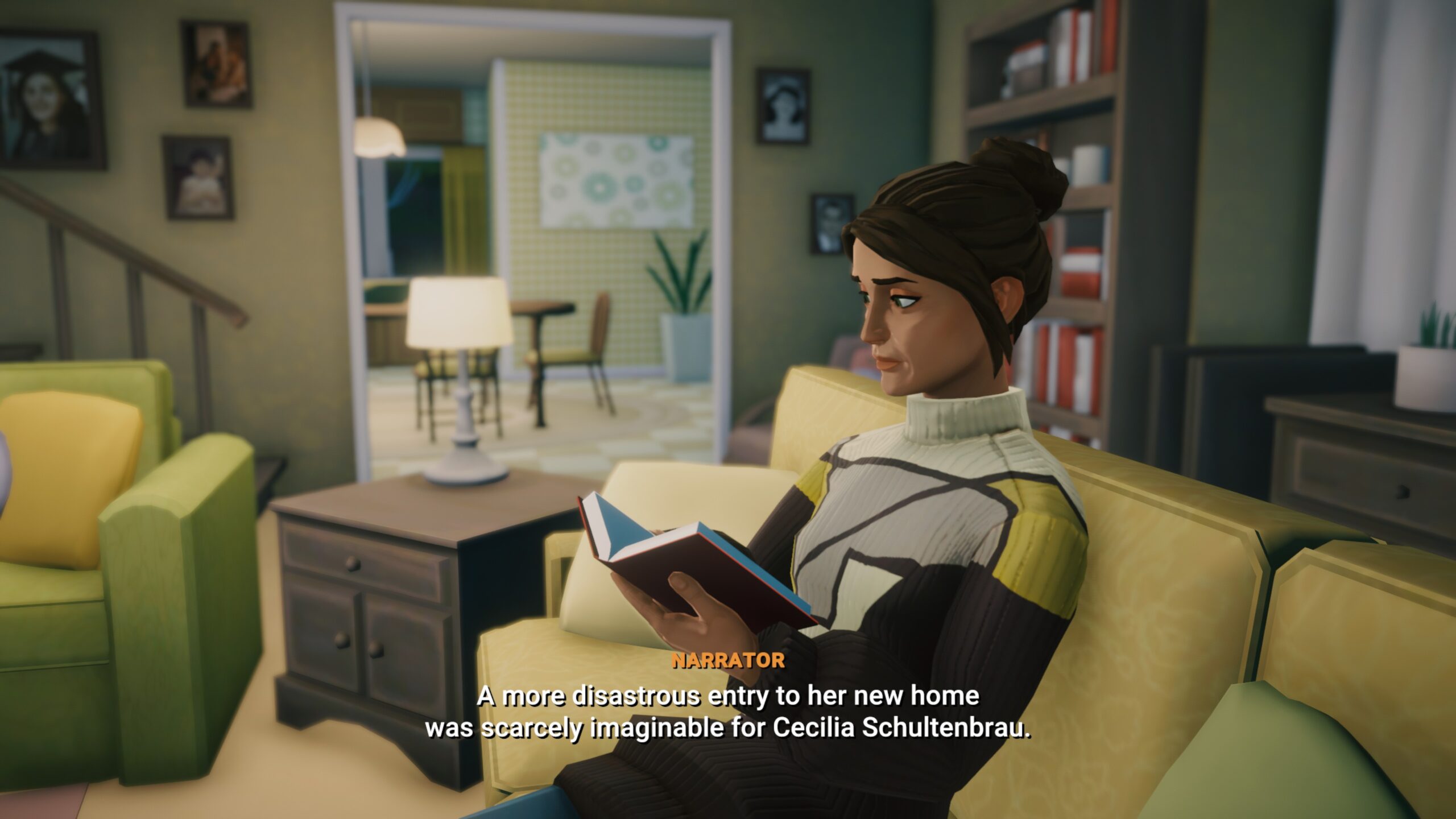 Most of the qualms I have for Lake are actually reflective of how I feel about life in a small town. I’m honestly mincing my words on the subject because it’s unfair to Lake.

Personal grievances aside, I think Lake succeeds in its aims, and that’s the important thing. It set out to be a slice of small-town life, and that’s what it is. I think there’s a rather narrow audience for that kind of thing, but it will be perfect for those who know what they’re getting into. If you think you’d be into a narrative about escaping the city life, then here it is. The writing is solid, the production values are decent for its asking price, so it’s worthwhile to check out of that’s your thing. As for me, I’m just eager to get back to the city.