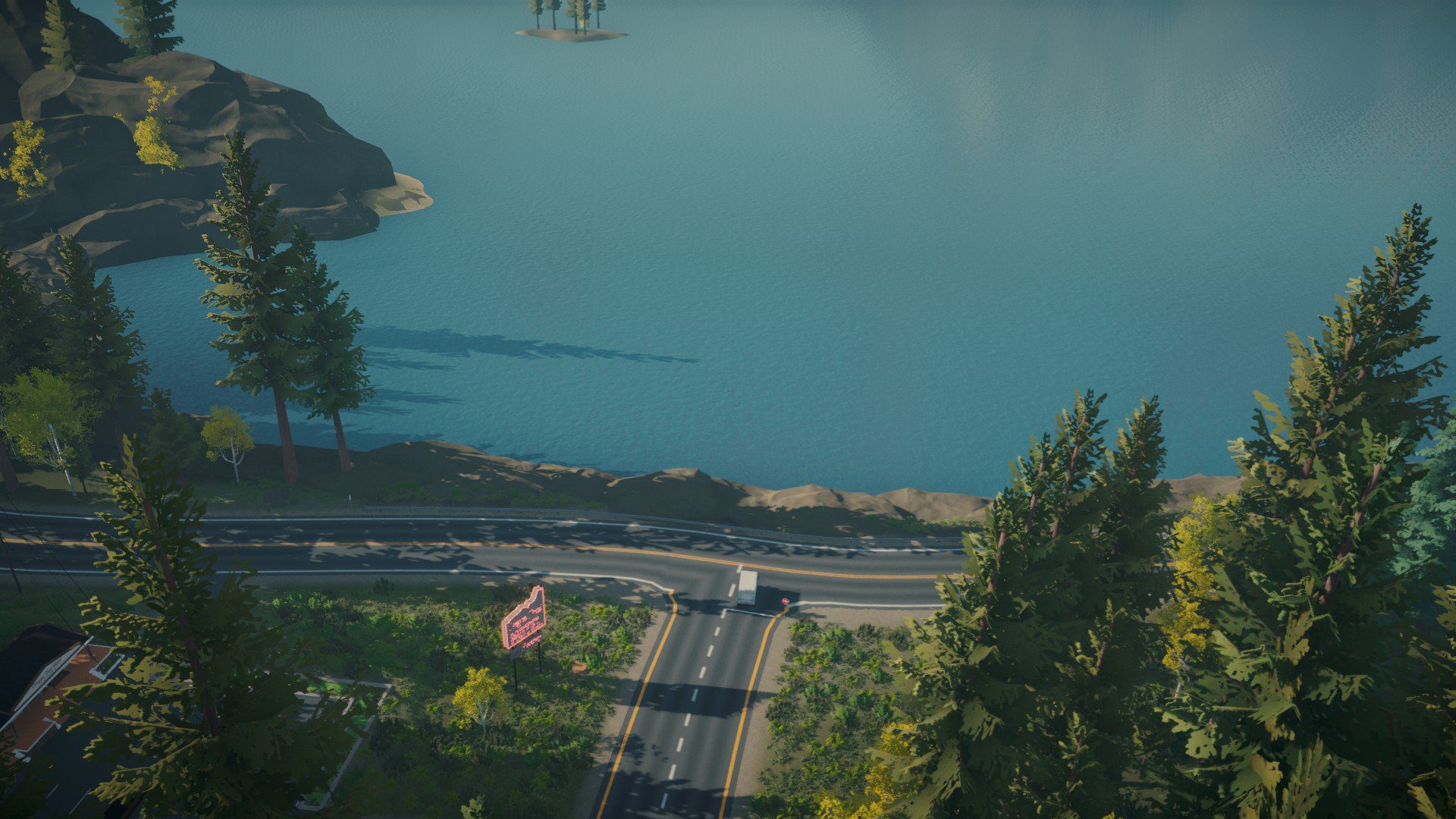 Delivering packages to a past life

It is 1986. Computers are only just beginning to see widespread adoption, and you the player, as software developer Meredith, are in a mail truck in your hometown, helping the local postman figure out if he needs one.

He remarks that it might help with taxes, as he’s never been great at maintaining his books. “Sure, there are programs for that,” Meredith says. “But you’ll still have to put in some work yourself.”

That’s how Lake, an upcoming game best described as a narrative mail delivery sim, starts out. Meredith is back in her hometown of Providence Oaks, a town built around a gorgeous lake, to fill her father’s spot as mailman for two weeks. Set apart from the hustle and bustle of a city life where she works overtime on life management software (yes, there is a sense of irony to it), Meredith’s work-cation is a temporary reprieve. Well, it can be.

Jos Bouman, lead writer and co-game designer at Gamious, tells us that Lake started out with fairly modest beginnings. It was one of a number of pitches, and when it came to Lake, it was simple: a picture of a car near a lake.

“I want to be able to drive in the car at my own pace, and just enjoy being in a beautiful environment,” Bouman says of the original pitch. “And perhaps that could be in the role of a mailman.”

Delivery as a game mechanic isn’t that much of a stretch; from Crazy Taxi to Death Stranding, to the very common mechanic of “fetch quests,” delivering items to NPCs is easily turned into a game. Rather than blasting through the streets or avoiding ghostly apparitions, Lake is all about the beauty of its town, and learning about the people there.

Immersion is a goal that Bouman keeps referring back to, wanting to pull the player into the quiet town of Providence Oaks. After a short tutorial in the demo I played as part of this year’s LudoNarraCon, I was left to my own devices to start delivering the mail. I had a number of marked stops for mail, as well as a few packages.

There aren’t dozens upon dozens of houses and residences in Providence Oaks, but where it lacks in density, it makes up for in space. The mechanic or lumberjack might be on one side of the town’s lake, while the diner is on the other. Planning out my route was key. Luckily, although Meredith doesn’t have the modern-day conveniences of a smartphone, you do get a minimap, written in-game as a map of the town. It’s a “game convention that’s accepted,” as Bouman tells me, so he doesn’t feel like it’s cheating the era.

Still, there’s a lot of driving around in the quiet of nature. It’s oddly quite relaxing, simply mapping out a path and delivering along it. Lake is definitely hitting the same marks as Death Stranding‘s feeling of a delivery well-done. But Lake isn’t just about mail.

“Besides the relaxing nature of the game, one of the goals we have with Lake, one of the most important goals with Lake, is that we want the player to experience a story—feel like they’re in the driver’s seat, literally and figuratively, with Meredith—and we don’t want them to passively enjoy some sort of story,” Bouman says.

While Meredith delivers mail during the day, the evenings are hers, and yours, to spend. Early on, you might just opt to read a book or watch television, which leads to some fun narrations of a generic ’80s sitcom. Later, you might be able to spend time with people from the town, depending on whether you’ve been talking to them and helping them out.

“The nice thing about being a mail carrier is that it’s a great excuse for the player to meet people,” Bouman tells us. “And it’s also a great role to either keep a distance, or be a mail carrier that just gets more personal with the people they deliver mail to.”

Of course, you could opt to do none of that. You could simply do the work for two weeks, enjoy a work-vacation delivering mail and staying in your childhood home, and then leave for your city job again; an idyllic, isolated respite from the stress of city life. As Bouman notes, that is the conflict; “ultimately, if [players] stay in the village or go back to their old life.”

It seems built to easily tug on understandable feelings, especially for those who have left their hometown and old friends behind. One character, Meredith’s best friend, has stayed in Providence Oaks over the years while Meredith left for MIT; by spending time with her, you can see how it worked out. You also see how they’ve grown apart, and how both have changed.

“I think that everyone, most people, have grown apart from friends they knew back in the day,” Bouman says. “So I think most people will be able to relate to that and just take it from there.”

There is no good or bad choice, as Bouman tells me; just different endings, depending on what the player chooses for Meredith to do, and who they spend their time with. Most of all, Bouman stresses there’s not some darker secret to all of this. While things get personal and heavy in a sense, there will not be murders or missing persons.

When referencing the inspirations for Lake, both sitcoms and soaps, even dramas, are referenced. They’re cuts from various points of American sitcom history, from Cheers to Seinfeld, as Bouman says they wanted to have some comedy and strike a nice balance with the personal stories. Of course, one caught my eye in particular: Northern Exposure, a ’90s sitcom about a recently graduated physician who is sent to practice in small-town Alaska.

Lake seems to strike a particular balance: between mail sim and narrative adventure, between personal drama and comedy, between the surface-level charm and deeper ache of going back home and seeing how the world’s moved while you weren’t looking. In the short time I’ve spent with it, it’s certainly set itself apart from your average delivery quest.

Gamious is aiming to launch Lake on Steam sometime this summer.