As I solved case after case in L.A. Noire upon its original release in 2011 (feel_old_yet.jpg), that’s the only thought that consistently popped into my mind. But as absurd as this crime-stopping romp was, it stayed with me for a very long time.

Team Bondi, may it rest in peace, didn’t really get a chance to shine. At the very least, this set of newly minted re-releases will remind people of the team’s flawed brilliance. 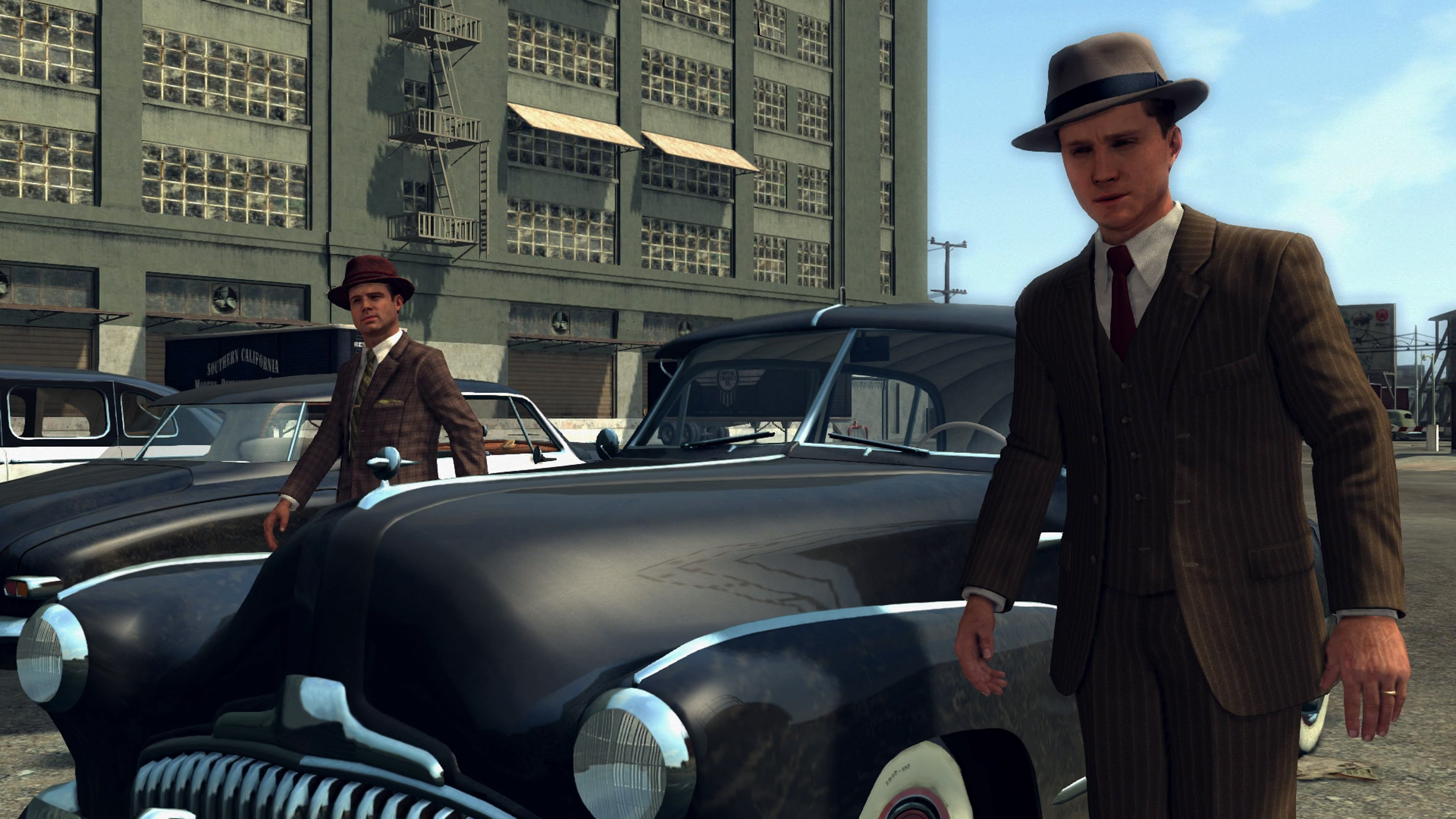 Cole is an asshole, sure, but he’s our asshole. Broken down, tired, and back from a campaign in the Pacific, he starts out as a beat cop and eventually earns his stripes as a detective, which really brings out his true colors.

You don’t get to hear the phrase “recover the gat, boys” in an old timey accent very often. As hammy as the performances could be on occasion (which are drawn from some fantastic character actors of our time), L.A. Noire nails that grimy 1940s feel. I mean, you have the legendary John Noble playing a bit part, for For Christ’s sake. The facial technology, while constantly creeping up on uncanny valley territory, is still impressive. 1080p when docked and 720p undocked is more than acceptable, especially when you stop to take in just how well a portable version of a PS3/Xbox 360 game runs just six years after the fact.

What I also dig about Noire is its commitment to try something other than being a GTA clone. You aren’t riding around or shooting stuff up aimlessly most of the time, as all that takes a backseat to dialogue and following the narrative thread. While investigating errant trash for clues might be rote for some, I appreciate that roteness. Even little things like having your partner (or the fact that a partner is even in the picture) tell you to “come here and check something out” key me up when working on a case. Tacking on all prior DLC isn’t a bad deal either (Naked City and Nicholson Electroplating Disaster are good, Reefer Madness and Slip of the Tongue aren’t bad).

When it comes time to confront someone though, I’m just a little torn on the recent change from “truth, doubt, lie” to “good cop, bad cop, accuse” — a mechanic found in all new versions of the game. Although the latter new system is dangerously close to the bellend “Paragon/Renegade” model, there’s still plenty of room for nuance in the performances and dialogue. Plus, seeing someone twitch incessantly and give you crazy eyes is still amazing.

But as far as the Switch-centric stuff goes (read: gyro, touch, motion), I can do without it. Like I feel with pretty much every game that stuffs it in — it’s good that it’s there for those that want it, and it’s even better that I can disable it. Playing Noire with a traditional [Pro] controller is just as fine as it was six years ago. I will say that Rockstar are onto something with the touchscreen parts though, as manipulating objects and your notebook with flips and pinches is pretty neat.

As great as it is to dig back into this world though, it’s just as easy to spot its faults. L.A. Noire tries to do so much that it spreads itself thin every so often. Melee, gunplay, driving, open world (ish) gameplay — none of it is bad, but there are hiccups that pop up. You’ll notice it when you awkwardly hit a wall and the physics engine poops itself, throw an enemy into the wall and have them fall down in an exaggerated ragdoll fashion, or you feel like you were unfairly killed in cover.

Little details also expose the engine’s age even with its slightly upgraded coat of paint, especially if you pay attention to minute things a lot of folks won’t notice like the reflection in your car’s hood. Again, you’re mostly playing this for a feel akin to an old school adventure game, everything else is just along for the ride. So much emphasis was put on the facial expressions and the characters themselves that the gamey parts fall by the wayside sometimes. It never bothered me and it’s not a dealbreaker now.

I can forgive a lot of its shortcomings every time I see Cole’s nose crunch a little bit or hear my partner crack wise. L.A. Noire isn’t the prettiest project, but it still holds up because there isn’t anything quite like it even today.