Fish out of water

“Made in China” is a phrase typically etched into the underside of cheap consumer goods. Hidden from view, it’s more of an admission than a selling point. It’s a reminder of the grim realities of our globalized economy, a statement of disclosure attached to merchandise of sometimes dubious quality made affordable by working conditions largely deemed unacceptable here in the western world.

It’s amazing how much of what we own is of Chinese origin, how much of the cheap crap cluttering our homes has been shipped halfway around the world, and how unremarkable this seems to us.

We rarely think about our possessions as Chinese. Their provenance is largely kept out of sight and thereby out of mind. And in the instances this topic is broached, seldom is it in a positive light. We hear horror stories about human rights violations and lead-laced children’s toys, not tales of triumph and heroism. So for once, it’s heartening to see something being proudly marketed as Chinese.

That’s what’s happening with Koi, a puzzle game that holds the distinction of being the first Chinese-developed PlayStation 4 title to be released outside the People’s Republic. Unfortunately, aside from being an exciting footnote in video game history, Koi just doesn’t have much else going for it. 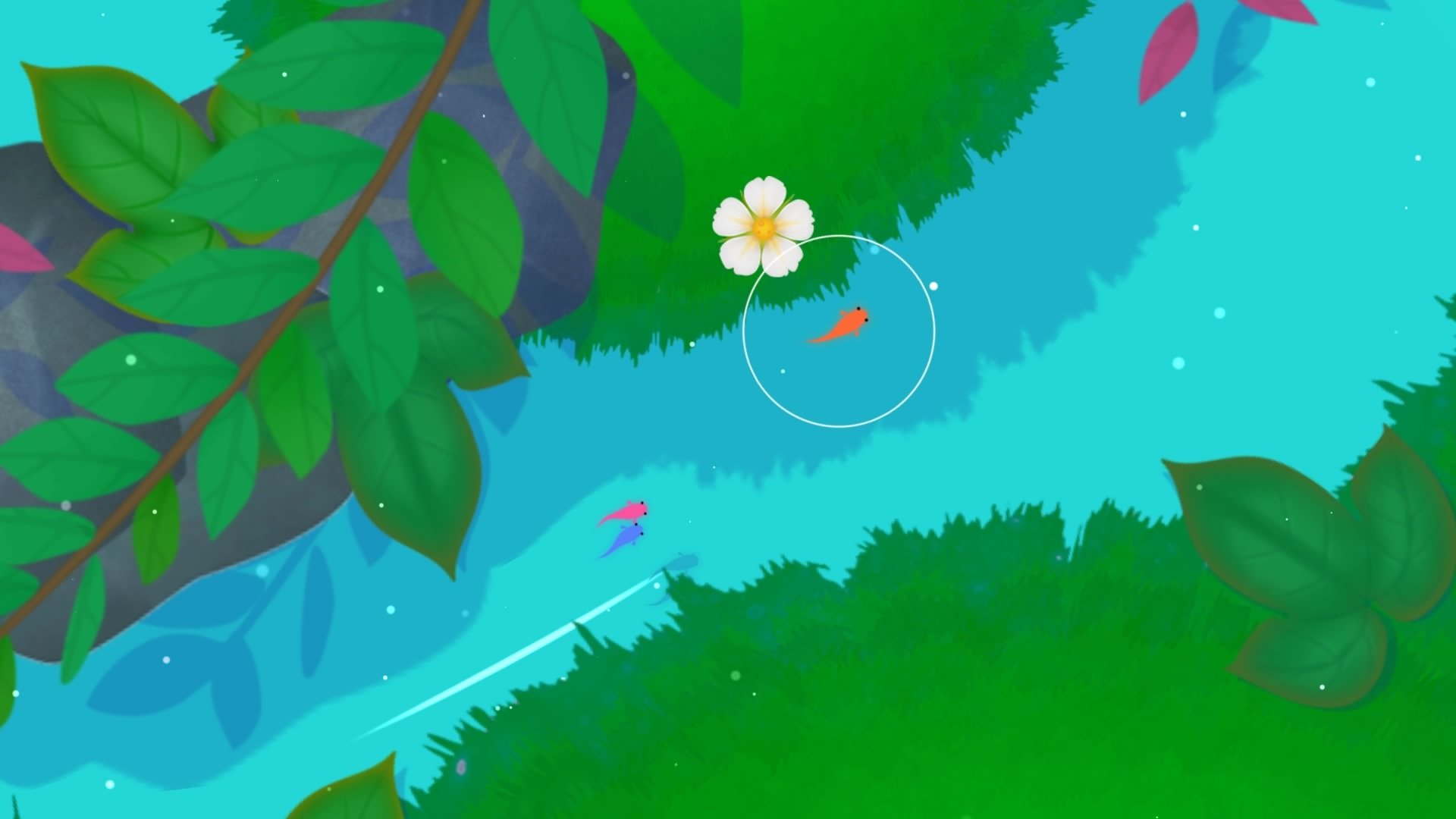 I’m honestly at a loss as to why Sony took and interest in this game and decided to help bring it to PlayStation 4. While Koi sports splashy visuals and a poignant soundtrack, it is, above all else, a simplistic smartphone game that illustrates the gulf between the mobile space and consoles.

Perhaps it’s because Koi evokes thatgamecompany’s Flower. Much like that game, Koi casts the player as an agent of the environment in a world that is increasingly corrupted by the influence of man. The parallels don’t end there, though. A large portion of Koi‘s puzzles involve finding a stray fish and leading it back to a lotus flower of the same color. This somehow arouses the plants, causing them to bloom, purify contaminated water, and thereby allow the player to progress to the next area.

The story also follows a similar path, beginning in bright, cheery environments that progressively get darker and more ominous before culminating in an ethereal, otherworldly climax. It also midway through the experience introduces electricity as an obstacle, and features a sequence where players are pushed rapidly through a narrow passageway. Beat for beat, the games are so comparable that I have a difficult time believing Dotoyou didn’t take notes from thatgamecompany’s playbook. But perhaps I’m mistaken. Perhaps it’s all one giant coincidence.

However, whether or not Koi drew inspiration from Flower doesn’t matter. The game doesn’t have it where it counts. Rather than focusing on core mechanic and building on it over the course of the game, Dotoyou quickly loses the plot. Much of Koi‘s gameplay consists of puzzles that are disconnected from the rest of the experience and add very little in the way of value.

You’ll be swimming along and all of a sudden a pop-up window-esque puzzle will appear, tasking players to perform banal actions like matching lizards by the patterns on their backs, memorizing and reciting back the order in which leaves on a tree light up, or rotating jigsaw pieces until a coherent picture presents itself. With nothing tying these sequences to your fish, the overarching narrative, or, well anything, they seem to just serve as dull roadblocks to pad the game’s already brief duration.

After an hour or two of escorting fish to lotus flowers, avoiding environmental hazards, and solving impertinent puzzles, Koi just sort of ends, leaving behind a vague environmentalist message that reminds us, yes, we humans are doing terrible things to the world around us and the creatures we share it with. Despite that important message, though, Koi is perfunctory on virtually every other level. It’s a monotonous series of wandering errands that neither delivers the zen-like experience it flirts with early on nor does it evolve into a genuinely rewarding or at all challenging puzzle game. 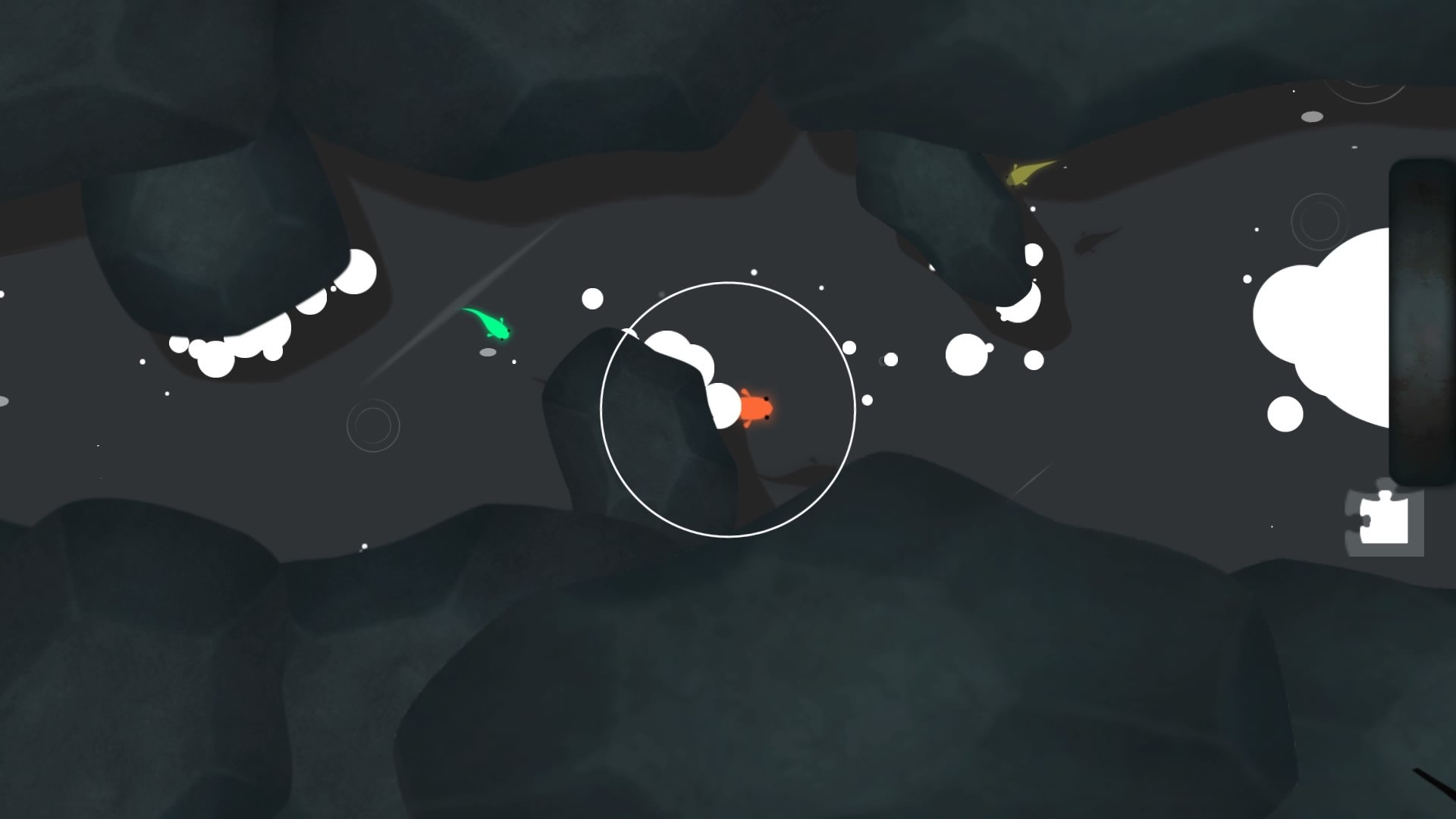 For completionists, there are various collectibles and unlockables interspersed throughout the game. However, players will likely find most them and fulfill their basic requirements in a single playthrough. As for the leftovers, ticking those boxes can be a real slog, essentially reducing the experience to a massive aquatic-themed search for needles hidden in a haystack — and for no real gain.

Koi has an alluring exterior, but is ultimately a shallow puzzle game lacking in both focus and direction. As someone with an interest in Chinese culture, who has been following the reintroduction of foreign consoles into that market with great interest, this is a disappointment.

I have no doubt that we will one day enjoy marvelous console games out of China. But this, sadly, isn’t one of them, and it’s lamentable to see this exchange begin on such an inauspicious note.