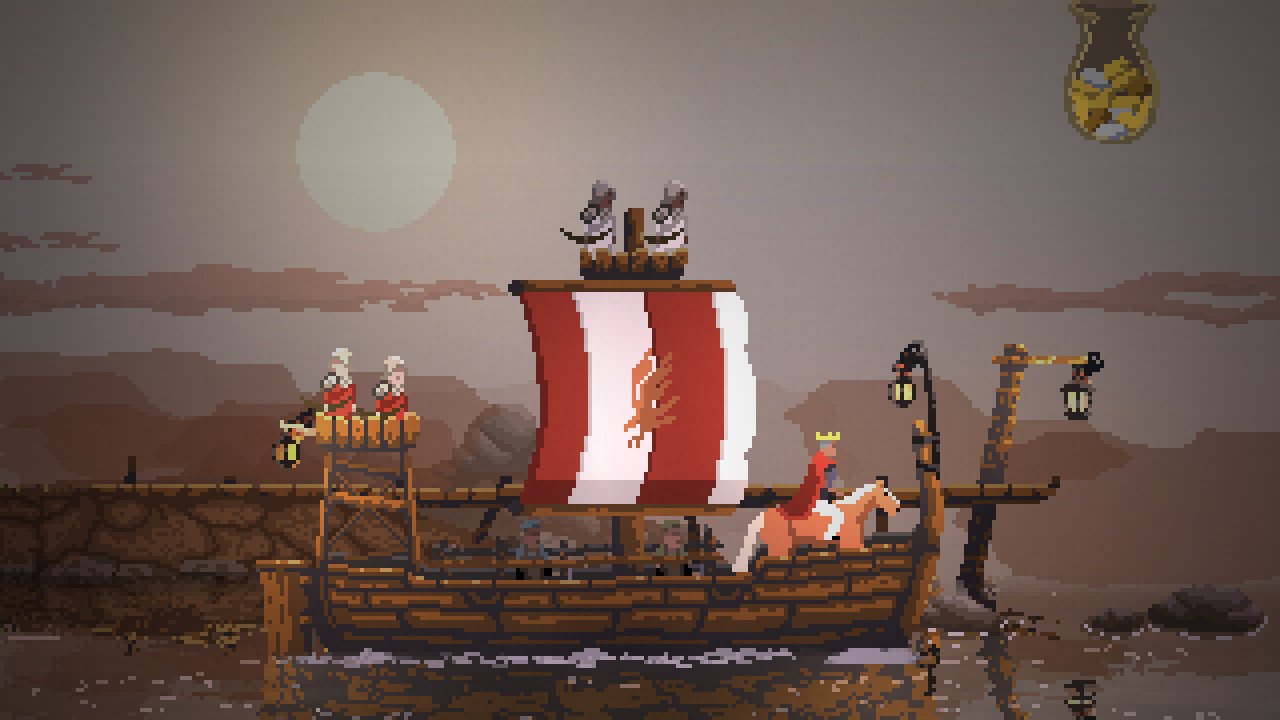 You must build a boat

Kingdom takes strategy and distills it down to its simplest systems. There’s one currency to keep track of, it’s either going out to expand and upgrade capability, or it’s coming in from workers and exploration. The original game had one goal: survive the nightly onslaughts long enough to build up an attacking force to stop them at the source.

New Lands expands on the idea. Instead of eradicating the demon hordes, the pixel monarch is destined to explore, and often just makes it out of an encampment as it’s overrun. The goal of building a boat and sailing away seems like a simple change, but it adds new strategies to consider, and gives the player more to learn. 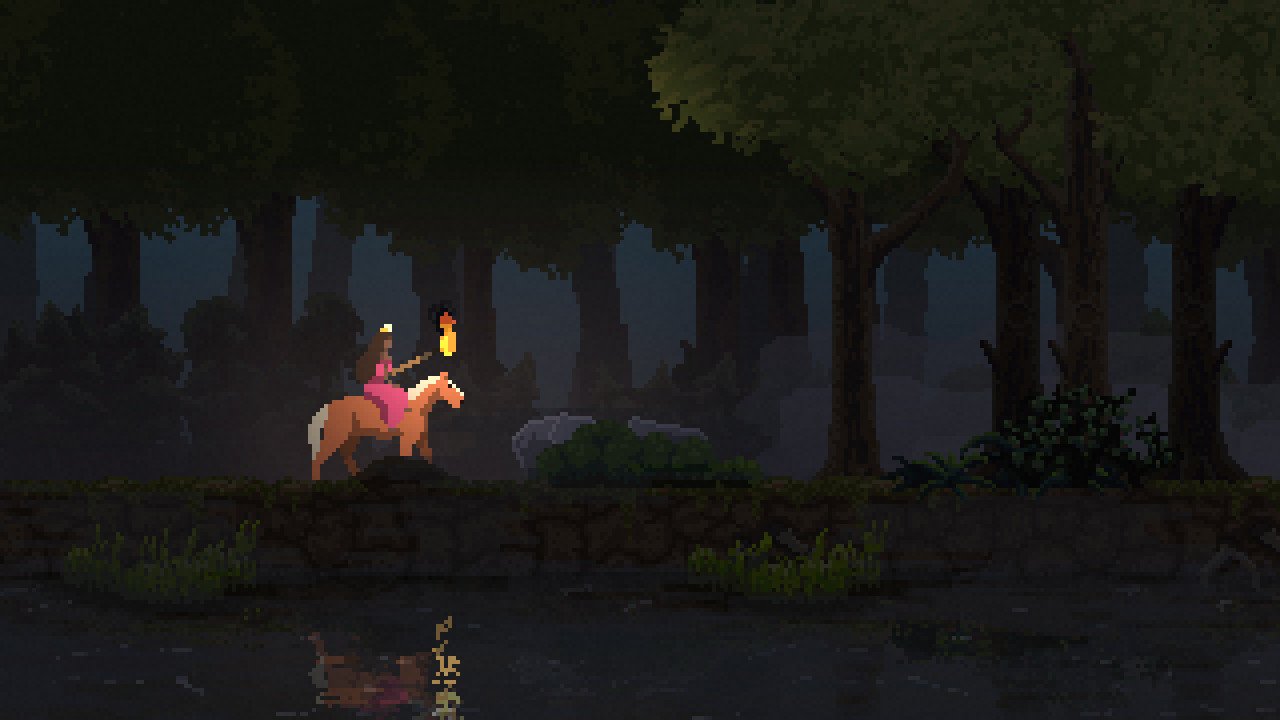 Indeed, the strength of Kingdom is in its trial-and-error learning. First time kings and queens will bumble around the would-be kingdom, assigning coins to tasks just to figure out what they do and how they benefit the economy. Sending workers to cut down trees is simple enough. Paying a hefty sum to donate to a shrine without obvious effects spelled out takes some experimenting.

Even the way a ruler recruits new underlings takes some time to get quite right. Near the central camp on either side, smaller camps can be found that produce new potential workers. However, expanding a kingdom by clearing out nearby trees will eventually wipe those camps off the map. After one early game where I tried to clear out space quickly, I soon realized I had too few workers and no way to get more.

Eventually, all of the pieces come together and the base experience is essentially “solved.” I know not to bother building up the innermost walls since those come free with camp upgrades. I know not to build farms until I have walls past them to protect the workers from the demons. I know not to upgrade random guard towers past their second level because they’ll remove more of my archers from the pool of mobile fighters.

That’s where the central idea behind New Lands kicks in. Each new area to explore has minor tweaks. Maybe it’s a new type of shrine to offer money to. Maybe it’s a dog trapped under a log. (I still don’t know what the dog does beside bark and be cute, but I always save it.) After a while the traveling merchant is no longer there as a crutch to earn money. Even after the game is solved, new areas can throw a wrench into the mix.

One of the biggest changes I’ve seen had only a single recruitment camp available before hitting demon portals. It required me to carefully consider each job assigned, since workers were so scarce. It also had me ramping up one side’s military more quickly than usual, so I could assault a portal and gain access to the workers behind it.

So if learning is the heart of Kingdom, then New Lands keeps that heart pumping over a longer course. Though the base gameplay remains the same throughout, each new area brings one small tweak, and each small tweak requires another round of trial-and-error. 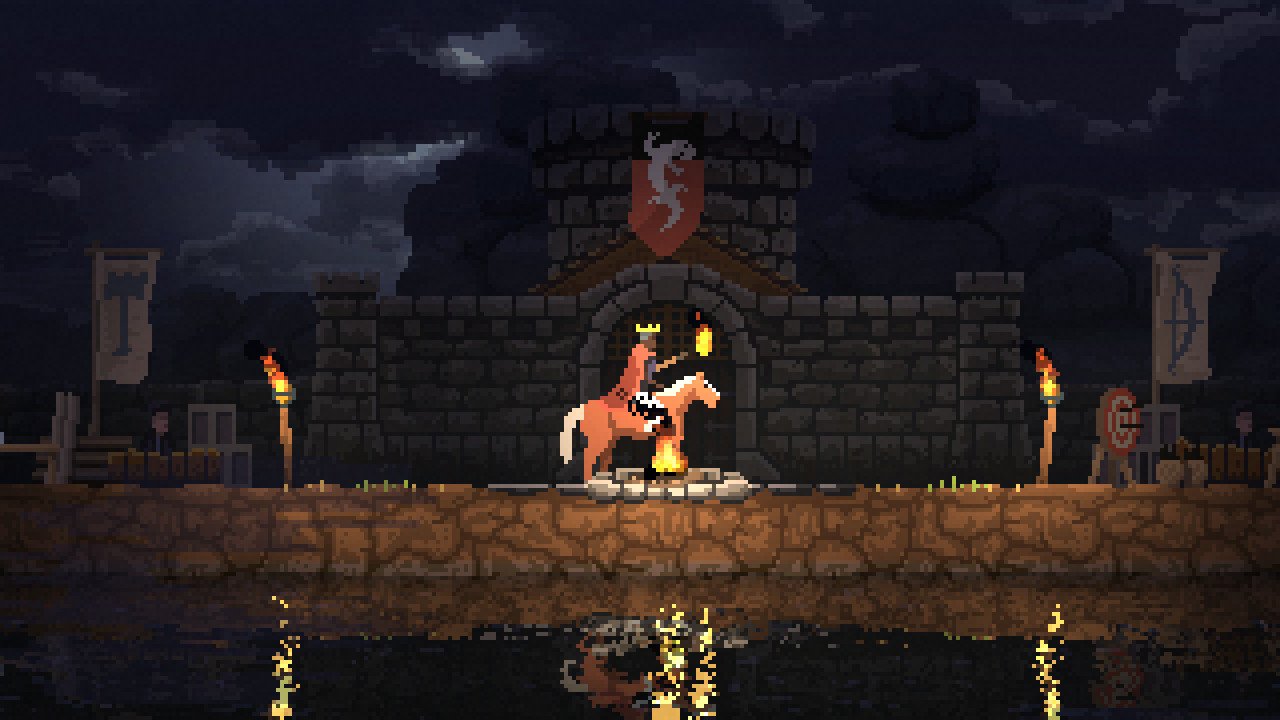 It’s a perfect little game to play in handheld mode on the Switch. Or, it would be, were it not for some glaring performance issues in this port. Toward the end of a run, usually after there are dozens of workers and as many demons to fight off, the Switch version experiences significant slowdown — I’d hazard a guess that I’ve seen it drop to a single frame per second at times.

When it hits those lows, it’s not unplayable, but it’s dang close. I’m more apt to put it down after a particularly choppy run, but I still find myself coming back to it after a while. Despite its technical flaws, I still want to see all of the different areas, and learn all of their secrets.