Kingdom Hearts has had a rough but eventful history.

It debuted in 2002 and took the world by storm with its genius marriage of Final Fantasy and Disney — a combination no one knew they even wanted. To fuel the fire there was a portable sequel to hold people over until the sequel three years later, a very respectable wait by today’s standards, but then the series sort of went off the rails. Spinoffs upon spinoffs, mobile titles (for feature phones in Japan!), and 10 years later — there’s still no sign of Kingdom Hearts III. 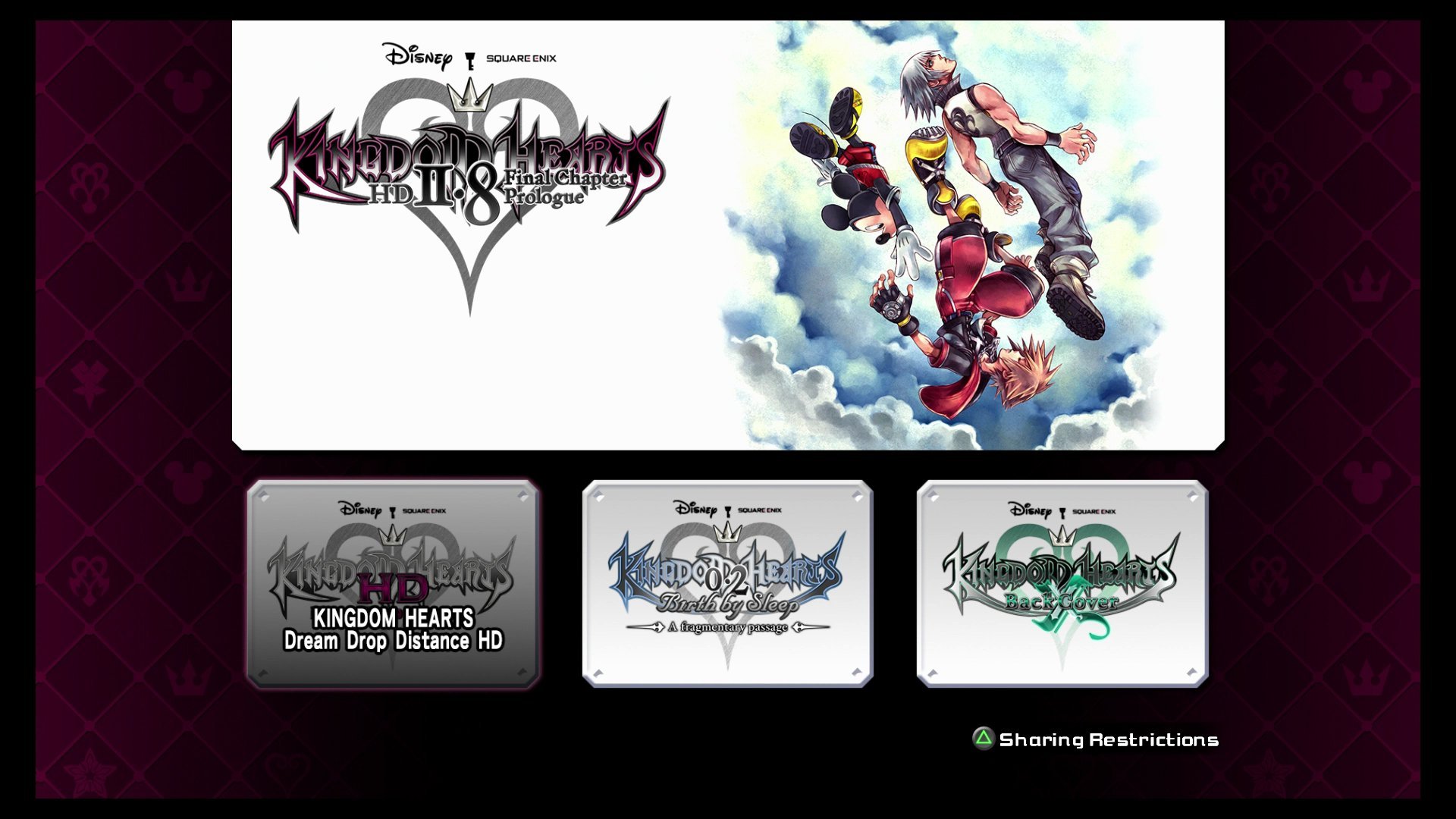 Birth by Sleep – A Fragmentary Passage is clearly the main event. It’s the all-new continuation of the story that’s been on hold since 2012, and deals with Aqua, one of the main protagonists of the series. It picks up after Kingdom Hearts 3D in an effort to rescue Birth By Sleep‘s Ventus, Terra, and Aqua from the darkness, where they’ve been stuck for a decade. For those of you who are looking for some sort of continuation from the storyline that’s essentially been on hiatus for four years, you aren’t going to get everything you want here.

If a remix of “Simple and Clean” and a tease of the engine is all you need, you’ll be more than satisfied. This is mostly for existing fans, no doubt about it. Birth By Sleep is so monumentally important to the story as a whole and single-handedly unshrouds all of its lore, and playing Fragmentary Passage is a great way to get a recap of all that. If you’re so inclined, there’s an in-game text recap that takes a full-minute to scroll through. The actual game is a sorta-kinda demo, clocking in at several hours for the main story, but there’s tons of challenges, several modes, and some secrets to behold if that’s your thing, which should extend your playtime a bit.

All of it takes place in a fragmented Cinderella world of sorts, which looks fantastic. The beautiful artwork for the illustrated level intros is still present, and the new engine (that’s essentially a tease for Kingdom Hearts III) is incredibly detailed. The updated tech has made it possible to showcase more realistic particle effects, water, and details like gravel and cobblestone, but it still looks cartoony and maintains that whimsical colorful style — a true testament of the skills of the design team.

As an action game it builds upon the strong foundation of Dream Drop Distance. It once again features a perfect difficulty curve, where easy is remedial, normal is challenging enough, and hard is actually tough. You’ll start off at level 50 with key end-game abilities in a true continuation, so you won’t feel like the game is hamstringing you and you’ll get down to business with all your flashy powers right away.

Aqua is a beast, and sports a double-jump, continuous air dash, a swift striking speed, magic (fire, ice, lightning, and healing), and contextual abilities like the ranged “Shotlock” (returning from Birth by Sleep, which is a little bit faster here), and trance-like Devil Triggers if you constantly attack an enemy and build up a meter. You can block counter immediately after a parry, and Aqua’s nimble style and magic-centric repertoire make for a perfect demo.

Fragmentary Passage makes you work for it too, with several hard-hitting bosses and a good balance between exploration and light puzzle solving thrown in with all that combat. Sometimes it does involve a “do this five times” or “collect this object to pass” shtick, which is an intrinsic gate, but it’s never dull — especially when you’re earning angel wings and cat ears to dress up with along the way.

Again, it is a brief affair, but a few old-school extras kept me going back several times after the credits rolled. I got addicted to all of the challenges and wardrobe unlocks, and you can skip cutscenes if you want, even on the first playthrough. Having a save with clear data will unlock an EXP toggle for hardcore runs, and New Game+ is locked and loaded. This is a series that’s always put a large emphasis on multiple playthroughs, and as brief as it is, I’d easily play one for each member of the Birth trio as a taster before Kingdom Hearts III drops. Whether you’re the kind of person who wants to buy a fully-priced game for part of that privilege is up to you. 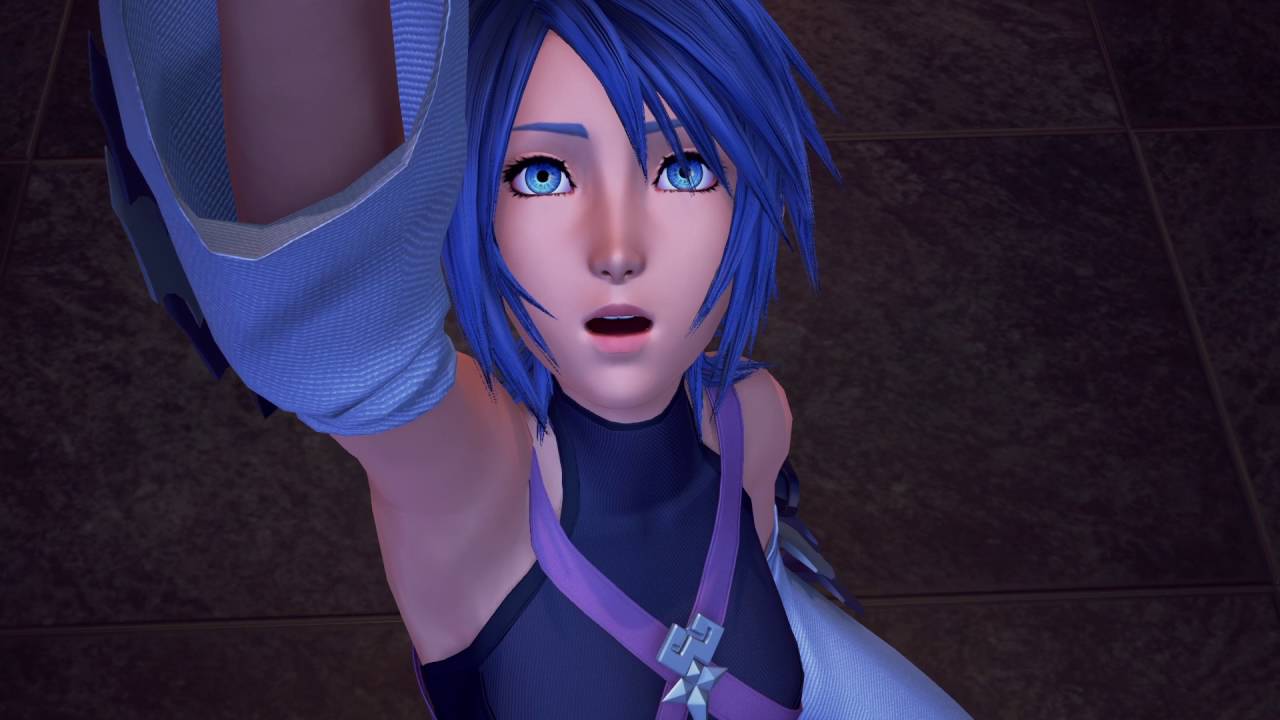 Dream Drop Distance makes a heck of a case to justify Final Chapter Prologue’s big ol’ price tag, too. It has all of the machinations of a spinoff throwaway portable entry, but it actually feels like a full sequel to Kingdom Hearts 2. Sora and Riku are here in all their glory, with a revamped combat system that allows for more environmental actions and dodging, and gives Birth by Sleep a run for its money.

The Hunchback of Notre Dame, Three Musketeers, and Fantasia stages (which are new to Kingdom Hearts) are three of my favorite in the entire franchise, especially the latter, which just feels like the perfect Kingdom Hearts level to show off to people to explain what the series is all about. The bosses are the same way– including the secret superboss that draws from one of the most obscure bits of Disney lore that I assumed no one else actually remembered, or cared to remember.

The plot is kind of a stop-gap though, so don’t get your hopes up in that department. Things happen, but Square Enix clearly curbed any big developments in anticipation of that ever-present Kingdom Hearts III buildup. There are teases and revelations but any major development is stunted in favor of making them feel like cliffhangers. It’s also still weird as hell, with darkness and digital realms galore, with the backdrop of “sleep realms” as one giant caveat. 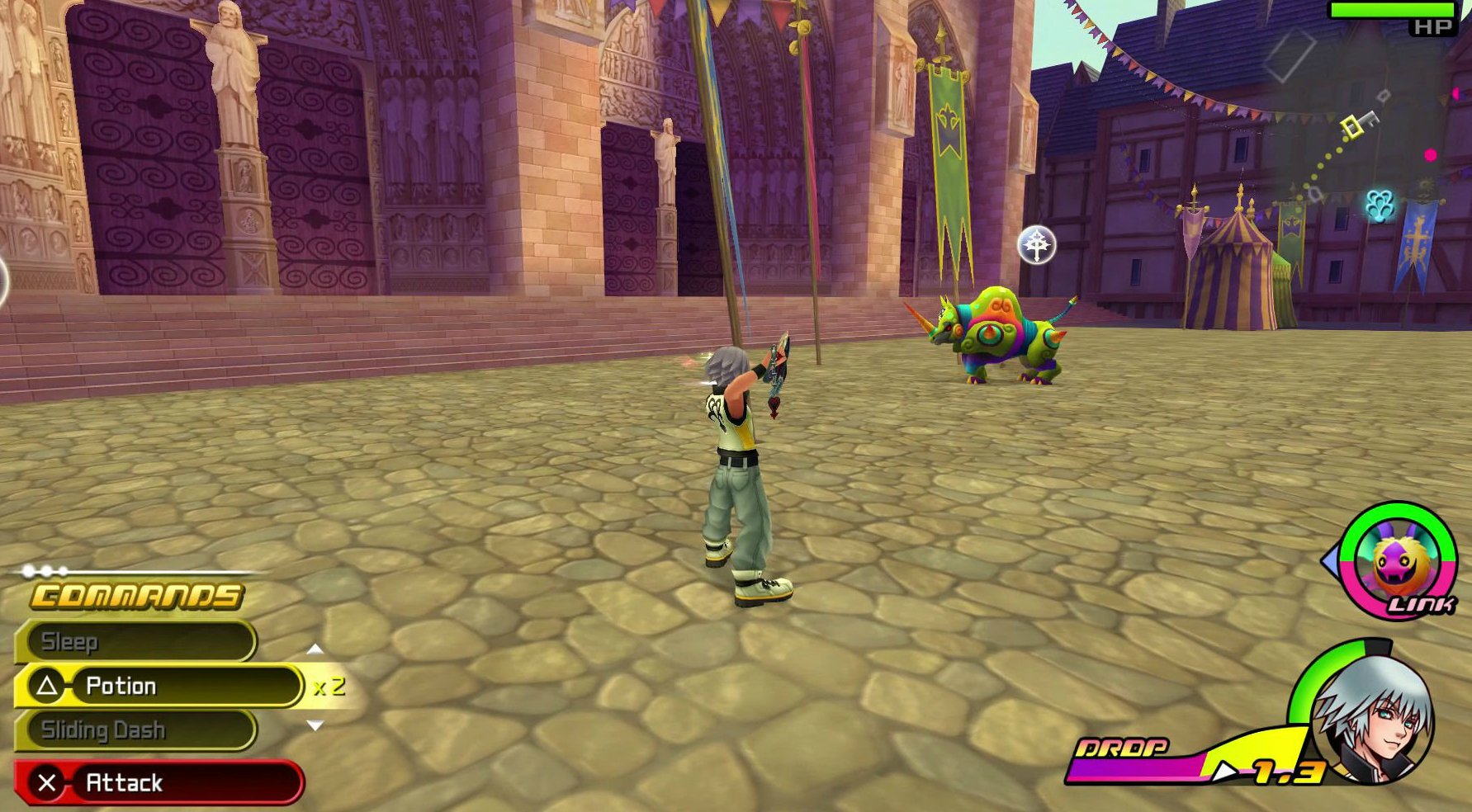 The last part of the triforce so to speak is Kingdom Hearts χ Back Cover. That funky symbol is actually “Chi,” and Back Cover is a video overview of the events that took place in the 2013 browser game that eventually came to mobile devices. In case that didn’t tip you off, this non-essential title takes place roughly 100 years before anything in Birth by Sleep happens, before the Keyblade War. It’s pretty in-depth, almost like a “History of Middle-earth” add-on compendium for Kingdom Hearts, but Chi’s overall impact on the series is tame.

Although it’s nice to see the formation of the Keyblade Graveyard and the like, but the true catalyst is Master Xehanort, who you get a tremendous amount of backstory for in Birth. I was really worried when Back Cover booted up as it has a messy as hell Etsy PowerPoint presentation style intro, but that smoothed over quickly. Yep, Cover is actually another “demo” for the Kingdom Hearts III engine, and features great-looking cutscenes that are easy to follow, with chapter-by-chapter sections that make it simple to take breaks.

I can’t help but feel like it should have been a direct re-telling though instead of something extra, as the 358/2 Days recap in the previous HD collection did a superb job of hitting all of the great bullet points so you didn’t actually have to play the game if you didn’t want to. With Back Cover, you’re still going to have to boot the thing up on mobile or read a summary online to get the whole picture. Still, it was a good move putting this relatively unknown thing into a more digestible format.

While the new engine doesn’t sport a consistent framerate and you can pretty much skip the Chi movie, Kingdom Hearts HD 2.8 Final Chapter Prologue is a healthy enough serving of what’s to come in Fragmentary Passage, and bundles in one amazing core entry that everyone should play. It’s a massive risk if you aren’t already invested in this wacky series, and as always, all eyes are on Kingdom Hearts III at some nebulous unknown time.