The odd concept of melding a host of characters from Square Enix’s seminal Final Fantasy series, Disney’s perennial film favorites, and a cast of original personalities, seemed as though it was destined for failure. I mean, who would want to hear Donald Duck’s honking lisp while sharing the screen with the likes of Cloud Strife or Sephiroth?

Being a Square fan, I had to try it out though, and not only did I fall in love with the games, but I rediscovered my love for the Disney franchises of my youth. Although it took almost four years for a sequel to be released, Kingdom Hearts was and is a series that has stuck with me. Then, when Kingdom Hearts II was released in early 2006, I bought it immediately. 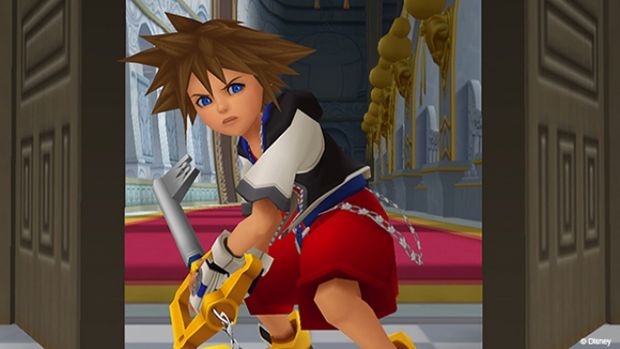 But the mind’s eye can all too often paint a picture through rose-tinted lenses. When Kingdom Hearts 1.5 ReMIX was released last year, I completed my first playthrough of Kingdom Hearts since the release of Kingdom Hearts II. I’m still very much in love with the wonderful world and story told in the first game, but upon revisiting, it definitely felt like a game from the early 2000s. Additionally, 358/2 Days was reduced to an abhorrent extended cut scene. Still, even for its flaws I was still impressed with the effort that had gone into Kingdom Hearts 1.5 ReMIX. So it makes sense that I was apprehensive about Kingdom Hearts 2.5 HD ReMIX possibly having aged as badly as the first entry had.

Luckily, my fears were for naught. Kingdom Hearts II in its original iteration expands and improves on the first game, improving the camera as well as tightening and expanding the combat system. All the bonuses from the Japanese only Kingdom Hearts II Final Mix are here as well, with all the new (to the West) cutscenes being fully voiced in English. Roxas also receives his Final Mix makeover and many of the new cutscenes are there to flesh out his story. The members of Organization XIII that were taken out in Chain of Memories are also available to fight in the various worlds and add to the already impressive list of boss fights. In addition to the massively sharpened visuals, the game also features a completely re-orchestrated soundtrack.

This is a faithful translation of Kingdom Hearts II Final Mix and besides the updated visuals, audio, and trophy support, nothing really new has been added. However, since that version of the game was never released in the west, and it added quite a bit more than the first game’s Final Mix edition, it brings a lot to the table. However, it would have been nice to have a few changes in place, particularly having the option to streamline the boring prologue (a sentiment I share about the first Kingdom Hearts as well).

Another issue players might have is that Kingdom Hearts II is much too easy, the ReMIX version remedies this a bit with the addition of the new Critical Mode difficulty. Still, even on that mode, veteran gamers won’t have much trouble sweeping through the game. This is the definitive edition of Kingdom Hearts II though, and is great for both those that are new to the series or those that want a replay before Kingdom Hearts III drops.

To me, the crowning achievement of the collection is the prequel to the original game, Kingdom Hearts Birth By Sleep Final Mix. Unlike 1.5 ReMIX’s handheld offering, Birth By Sleep feels original and vital. Where Re: Chain of Memories felt like more of a coda to the first game, Birth By Sleep features original characters (later appearing briefly in Dream Drop Distance) and fills in a ton of back story, which helps greatly to untangle the overall plot of the Kingdom Hearts series. 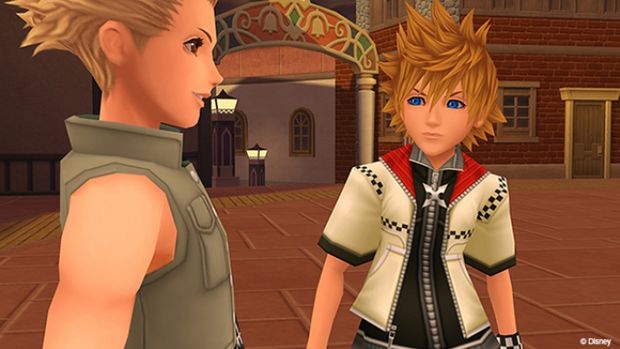 The visual fidelity of this edition of Birth By Sleep is almost as good as what Square Enix did with Kingdom Hearts II HD, which is surprising given the title’s origin on the PSP. The camera controls have been changed similarly to the improvements seen in Kingdom Hearts Final Mix HD and a few of the games songs have received re-orchestration. The main draw of this game for me is just how much more fun it is on PS3.

While Kingdom Hearts I and II saw improved play in their ReMIX versions, this game seemed like a completely new experience. Being able to really appreciate the work that went into the visuals in this game that were somewhat obscured on the smaller screen of the PSP gave me a chance to look at this entry in a new light. Along with the more complex combat system and the change of pace in narrative compared to the main entries, the HD version of this game has allowed the enjoyment of a game I hadn’t really given a chance to before. 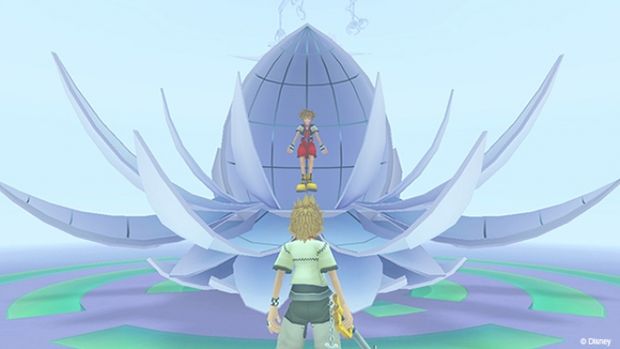 Last and certainly least, is a 3 hour summary of Kingdom Hearts Re:coded. It’s done a bit better than the first ReMIX’s take on 358/2 Days, but I was not a fan of the source material as it didn’t add a ton to the story and was fairly nonsensical (even for Kingdom Hearts.) Unless you really want to watch it, you can easily catch up on the story by reading a wiki or playing the original game on DS if you’re so inclined. Re:coded, while the weaker part of this offering, is not an integral part of the overall plot and it’s obvious that the developers worked with what they had the best they could.

Kingdom Hearts 2.5 HD ReMIX was even more enjoyable to me than the first collection. I have a few nit-picky problems with the entries, and the omission of any form (even a movie) of Dream Drop Distance, while understandable, is a bit disappointing. However, these games are iconic, and these HD remasters help remind why. The unlikely blend of Disney and Square Enix have formed a truly magical world and I can’t help but smile every time I enter it. 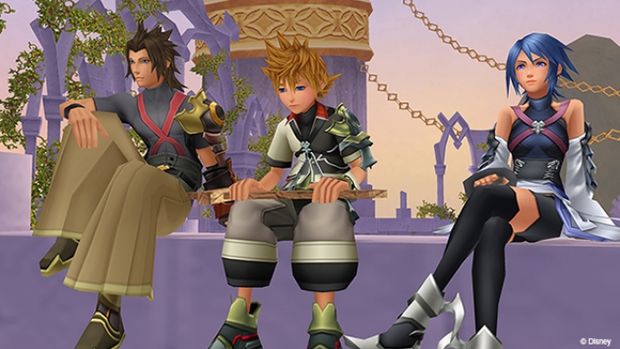 While Kingdom Hearts II Final Mix HD didn’t add a ton, it didn’t particularly have to. It is, as it was upon its first release, a polished and wonderful experience, only made better by its conversion to HD. Kingdom Hearts Birth By Sleep Final Mix HD on the other hand is almost worth the purchase by itself. It adds a ton of depth to the Kingdom Hearts universe without making the mistake of further muddling the plot. For me, it finally brought the narrative together in a way that made me genuinely fond of the Kingdom Hearts IP in and of itself, and not just for the fun and fantastic presentation of the source material.

For those new to the Kingdom Hearts universe or fans just brushing up before the release of Kingdom Hearts III, this is one of the most faithful remasters of any game I’ve ever played. With the PlayStation 3 nearing obsolescence, it’s great to see such an amazing system have this collection as one of its swan songs.