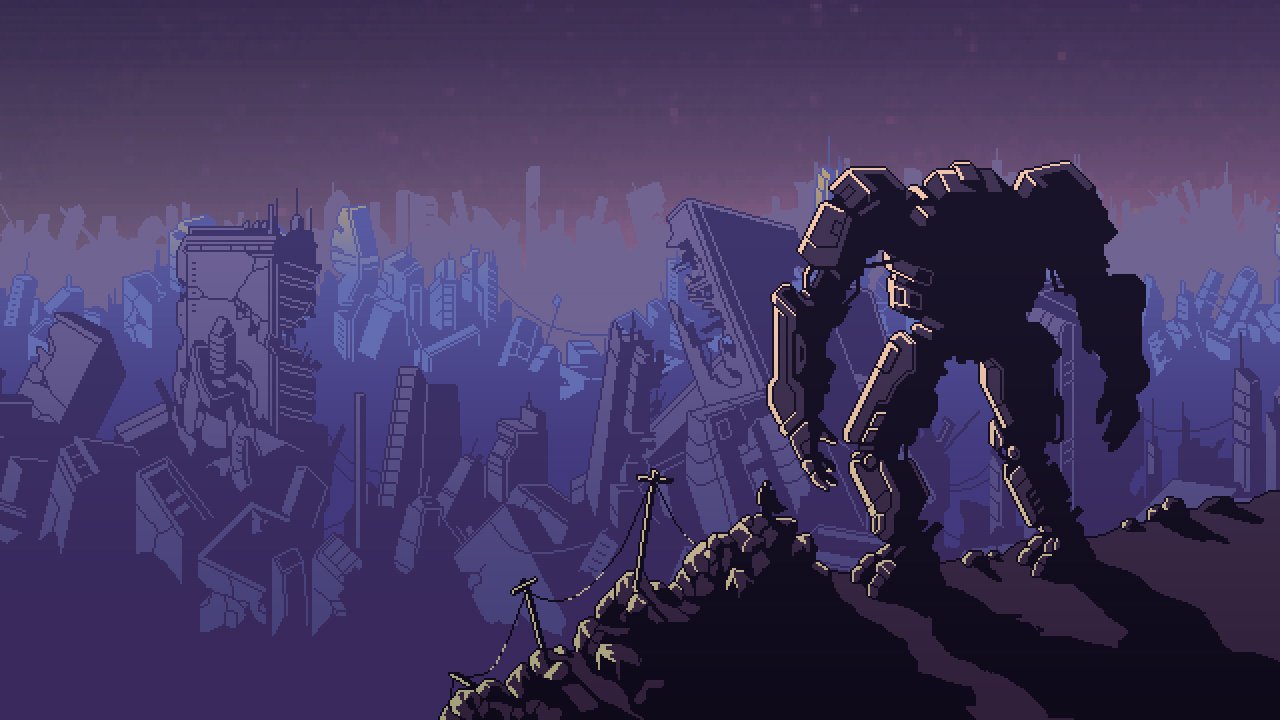 How do you follow up a game like FTL? The game became such a huge hit in 2012 and showed what a successful Kickstarter could look like. Many people fondly look back at the countless hours lost in space, watching crew members and ships slowly become less and less stable. It is often referred to as a cornerstone in indie game history, and rightfully so.

Enter Into the Breach. A game with a similar rogue-lite mindset that otherwise plays much differently. For any fans of strategy or tactics games, this one is for you. 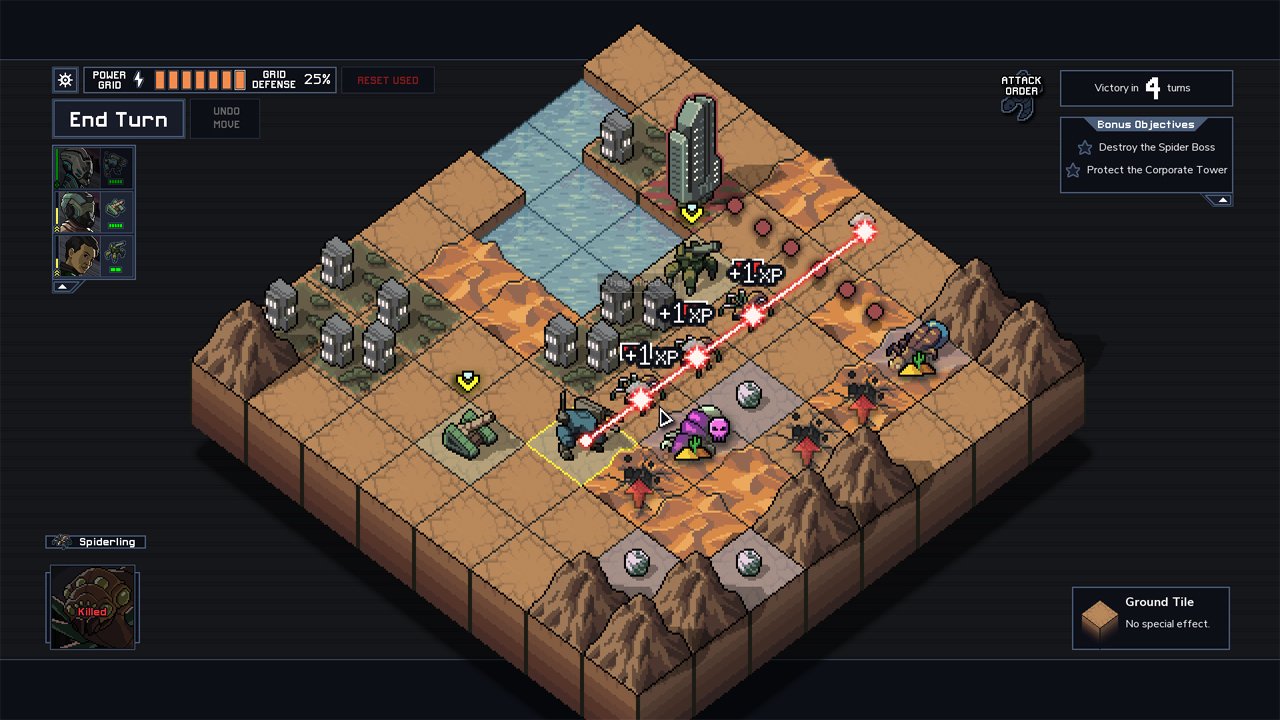 While Into the Breach is not FTL 2, many of the same design aspects are included and improved upon. This is still a run-based rogue-lite game that does its best to keep players looking forward to your next attempt. There are still micro and macro level goals that keep interest levels high during and even in-between runs. Resource management is still utterly crucial and will be the biggest factor behind many of your decisions. The biggest difference, and it’s a major one, is that Into the Breach is a turn-based strategy game where very little is randomized.

Piloting giant mechs, it’s up to the player to eliminate the alien Vek force from destroying everything. Each run takes place in a new timeline; after each run, successful or not, it’s possible to bring a surviving pilot into the new timeline in another attempt to eliminate the Vek. While the “story” is hardly engaging, it’s built in a very clever way as to make the “multiple run” scenario make sense within the world itself.

There is also a lot done to make these endless timelines feel…important. The main objective in each mission is to protect the buildings, as damaged buildings result in a loss to the game’s main resource: the Power Grid. When enough buildings are hit and the Power Grid hits zero, the timeline is lost to the Vek. But each hit to a building also results in mass casualties to the citizens of the planet, which the game is not afraid to remind you of, by showing exactly how many people died because you let the aliens hit that building. As if it weren’t bad enough to lose the game’s most valuable resource, seeing “146 CASUALTIES” on top of that is just salt in the wound.

I also found myself forming a strong bond between pilots that would go from timeline to timeline. When Lily, the first pilot to go through multiple timelines, got one-shotted and died, I just stopped what I was doing. I didn’t make a move for a good five minutes; I was in shock. Turns out the purple Vek are, like, way more powerful. More importantly, it turns out there is a colorblind mode that I did not have on, which explained why I had no idea that particular Vek was so powerful. I learned a lot that round. Thanks, Lily.

Before venturing out to defeat the giant aliens, players will choose which three mechs they want to use. There are eight groupings that can be unlocked via coins earned from achievements, but it is also possible to mix-and-match any three unlocked mechs. These pre-determined trios all have a theme they play off of: one group may excel in moving the enemies’ positions on the map, while another inflicts status effects like freezing. The specifics are a mystery until unlocked, though there is some flavor text that briefly describes what’s behind the curtain. Or, I suppose, you could just look them all up online. But where’s the fun in that?

Each grouping plays out very differently. However, for the most part, each map tends to play similarly. There are not many different enemy types and after playing through a handful of maps, everything starts to blend together. There are a total of four islands, each made up of various levels, and then the final level. After completing at least two islands, the final level unlocks. It is up to the player when to tackle that island — generally, a decision made depending on how well the previous levels have gone. If you’ve been scraping by each time and counting your lucky stars, maybe head for that finale a bit earlier and hope for the best. Otherwise, it might be in your best interest to go through three or four islands, accruing upgrades along the way.

Each level on the islands has one to three sub-missions. These can be anything like protecting specific buildings or AI, taking very little damage to the mechs or buildings, killing a specific number of units, etc. The rewards are either a Reputation, which can be spent after each island on upgrades, or Power Grid power, a Power Grid unit, or a Reactor Core, which can be installed in the mechs to upgrade their stats and allow them new abilities. In between missions, players can freely allocate their Reactor Cores to adjust for an upcoming mission. If the next mission requires taking very little damage, for example, it’s best to spec the mechs towards shields, armor, or anything else that might help mitigate damage. 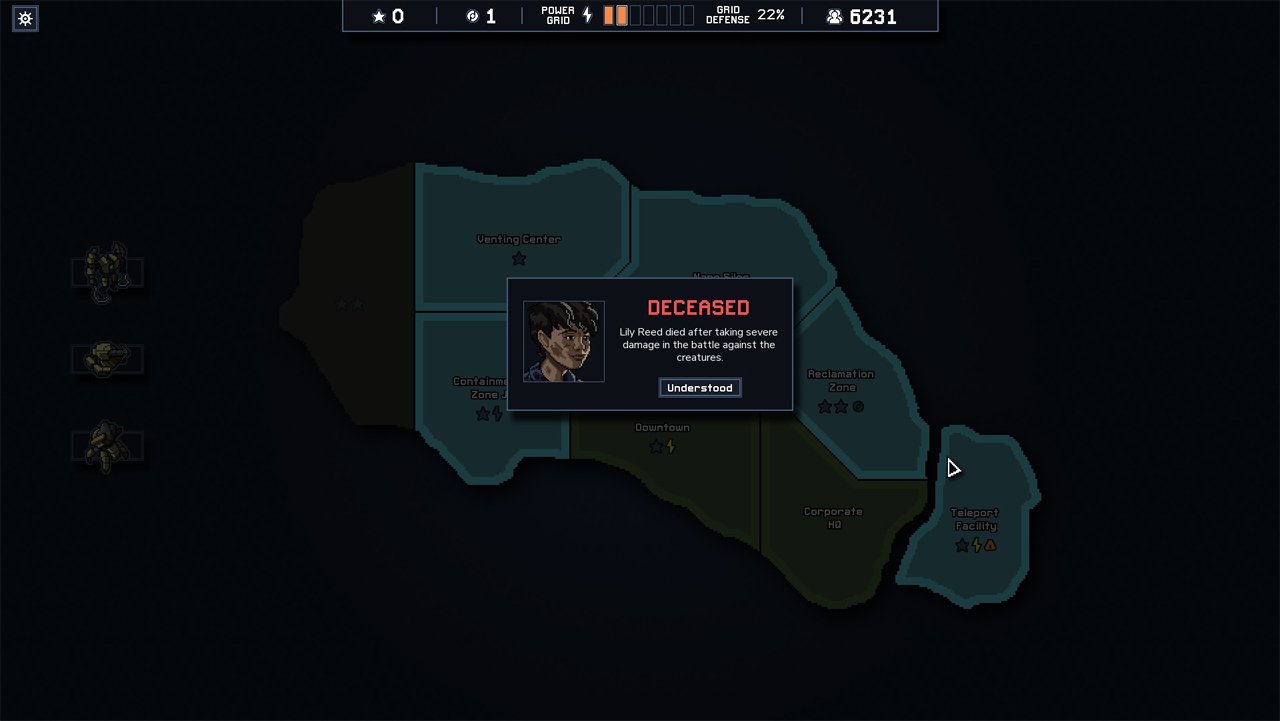 So that’s the basic gameplay loop. Choose mechs, go through the islands tackling missions, then complete the final mission when appropriate. There really isn’t too much here, to be honest. Missions do feel similar and after an island or two (in a single run) you’ll have seen all that the game has to offer, essentially. Yes, each mech combination offers a fresh take on how to approach missions, but everything tends to grow rather stale. Even the final mission feels lackluster and is always the same. There is so little variation in each run, which can severely diminish the motivation to do more and more runs.

Yet, despite all this, I can’t seem to stop playing.

The core gameplay is just so absolutely perfect. The biggest twist on the genre comes from the sheer information that the player is privy to. Similar to how Mark of the Ninja displayed all of the pertinent information to the player so that they could make the best, most informed decision, Into the Breach leaves nothing to mystery. Each move by the enemy is telegraphed perfectly. There is no RNG %-chance to hit, everything goes according to plan, every time. The onus then falls on the player to prevent those telegraphed moves from happening. Is a Vek about to destroy two buildings? Maybe throw a rock near him and push him over a square, so his attack just hits the ground! Or maybe poof some smoke on him to cancel the attack outright? Or maybe just kill the thing!

Each turn is essentially a puzzle to be solved. But the best “solution” often still incurs some sort of loss. There will be times that the best you can do is mitigate how much damage is done to your Power Grid. There will often be a choice between losing a chunk of the Grid, or failing a sub-mission. It can feel frustrating at times, as you’re sure to shout “There’s nothing I can do against this!” a few times over various runs. Luckily, there is a “Reset Turn” button that can be used once per mission, before ending your turn, in case you mis-click or discover something unexpected in your actions. The bottom line is that everything is elegantly conveyed to the player so that there’s never a “How was I supposed to know that?!” Sure, you may overlook something from time to time, but that’s all on you, not the game.

The visuals are nice and clean, which help convey the information so well to the player. But I want to talk about the music. I think I’ve listened to Ben Prunty’s FTL soundtrack more than I’ve actually played FTL. I’m a huge fan, and he knocks it out of the park again with Into the Breach. It’s subtle, but excellently conveys the seriousness and intensity of the situation. It’s appropriately sci-fi, just like FTL‘s soundtrack, and holy cow I can’t get enough of it.

Into the Breach is a mechanically perfect game that is surrounded by mediocre design decisions. I absolutely adore the tactics-style gameplay and how simplistically the game can convey so much information. But with the only run variance being the three pilotable mechs and the potential upgrades, things just start to feel “same-y” after not too long. For those, like myself, who can easily fall in love with intelligently designed mechanics, there is a lot to love about Into the Breach, but it’s not as well-rounded as it could be.