Kind of laid back, actually

Have we reached peak battle royale?

Well, the house that H1Z1, PUBG and Fortnite built have welcomed in many imitators, from the indie scene to the big leagues.

Hyper Scape is Ubisoft’s attempt to step up to the plate, but like a lot of other Ubisoft projects, it needs some work until it’s ready for prime time. 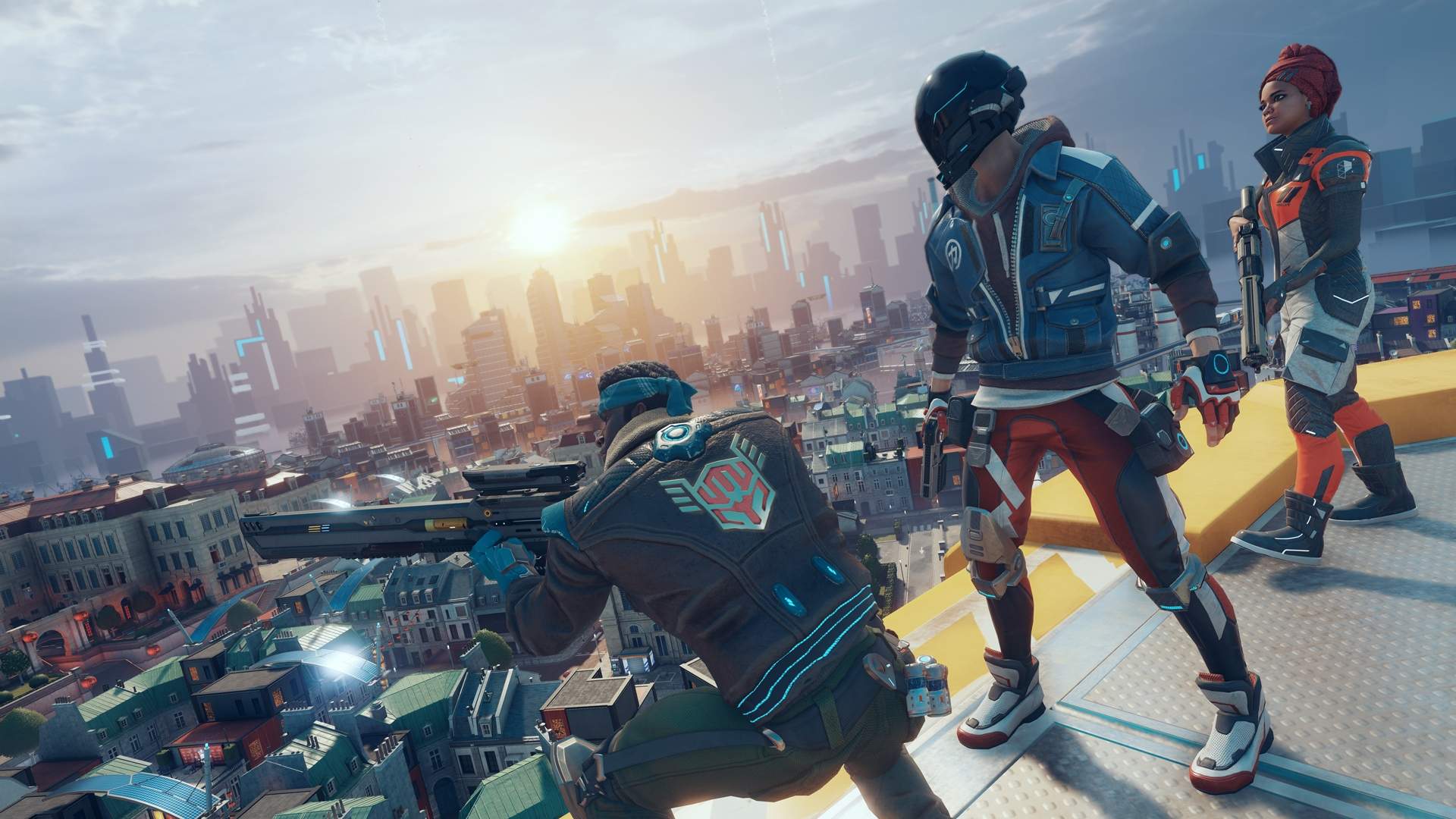 Thank God, Hyper Scape has a solo queue. You can also dive in with squads (of three), but guys: a solo option is pretty much a must if a battle royale wants to keep my attention long term.

Whether you’re going at it by yourself or with friends though, the gist is ultimately the same. Your job is to clear out 99 people and become the last person/team standing. It’s a battle royale after all! You dive in with a little battle pod thing from the sky and then ransack buildings for loot until one person is left. While Hyper Scape is dabbling in light lore and has a decent amount of personality with its “Daft Punk Helmet” aesthetic, it’s still very much a battle royale joint. It likely won’t make you a believer.

Mechanically and on a foundational level, Hyper Scape does some fun things as a shooter, looking the other way from the battle royale shell. In addition to acquiring “hacks” (power-ups like temporary cloaking or a healing burst), you can also wield a host of weapons from traditional shotguns to stuff like gravity-well guns. Ammo, thankfully, is universal — any attempt to get me out of micro-managing a giant cumbersome inventory in every battle royale match is welcome.

Hyper Scape‘s chief strength is that it gets you into skirmishes quickly (once you’re actually running around on the map) and lets you discern objects intuitively; as everything is highly visual. You can either swap hacks as you find new ones or “upgrade” duplicates: a system that also applies to weaponry. The high time-to-kill (TTK) is going to be a point of contention, but given that the battle royale genre demands so much time from players, I’m willing to work through it. Double-jumping feels great, especially when coupled with the neat “floating metropolis” aesthetic of the cityscape map. That city also has a few tricks up its sleeve to spice things up.

Instead of the rote “enclosing circle” trope, you have sectors that slowly dematerialize and close down, which makes each round feel a bit different. Then there’s the temporary Twitch-vote-based anomalies (like lower gravity or faster movement speed) and the crown finale: which lets players hold onto a trinket for an extended period to snatch a win. Hyper Scape brings back the Apex notion of reviving, while also letting you play as a spirit of sorts for your team — oh, and it has a basic ping system that Apex Legends forced everyone to include as a baseline.

A lot of these things are cool in motion, but light adjustments in the macro-view. Playing Hyper Scape once or twice and walking away satisfied is a completely different feeling from playing it for days on end. A lot of the city starts to feel homogenized, some of the guns blend together and there are clear-cut overperforming hacks that you’ll want to seek out every time. The Twitch interaction is extremely gimmicky; a board room decision mainly meant to drive viewership and raw numbers.

As for the PC side of things, my games have been mostly stable and lag-free; but I had a match crash when I was in the top 10. Matches can also take a bit to queue up as you wait in a boring lobby for minutes at a time. With the beta period over, this is something that needs to be smoothed out as soon as possible. While the “playable lobby” seems cool at first, it mostly just belies a menu with two options to queue into and premium purchases.

Hyper Scape is free-to-play, but as expected, it operates on both a battle pass and a marketplace: a literal carbon copy of Epic Games’ Fortnite model that basically everyone is using now. You can unlock free stuff on a basic battle pass tier or opt for the “premium pass,” which is roughly $10 and nets you more cosmetics. What you see is what you get. 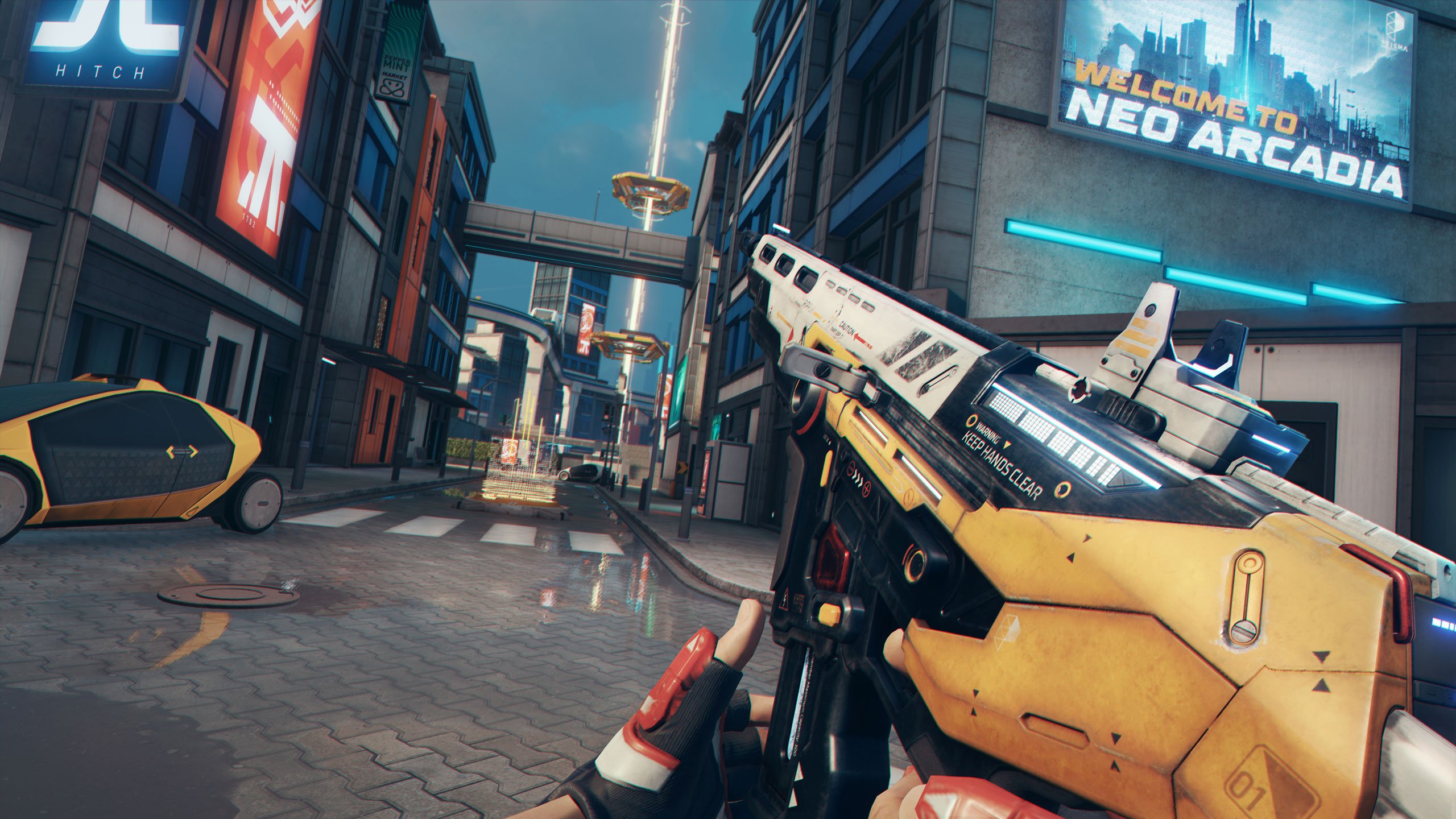 By working your way through the premium track, you can also earn back the amount of Bitcrowns (premium currency) you spent on the pass itself. So far it seems like an inoffensive system. The same goes for the (daily and weekly) marketplace, which offers up new Champions (characters, all of which have no extra mechanics or function) and skins. It’s very easy to ignore, in part because a lot of the cosmetics are fairly dull at launch (fine by me).

Hyper Scape has some cool ideas, but still feels like it’s in beta even after the 1.0 launch, especially on PC. We’ve seen Ubisoft snatch victory from the jaws of “somewhat underwhelming” before. Maybe they can do it again.

[This review is based on a retail build of the free-to-play game downloaded by the reviewer.]