Homeworld is back! What a great sentence to type.

After Gearbox Software acquired the rights to the series and released Homeworld Remastered, I figured that would be it. But now Blackbird Interactive, a team made up of franchise veterans, has graced our presence with a prequel.

Deserts of Kharak comes from what used to be known as Homeworld: Shipbreakers. That was going to be some free-to-play who-knows-what, but it seems Gearbox had different, and likely better, plans. So here we are, with a land-based Homeworld game that, despite its change of scenery, certainly feels like home…..world. 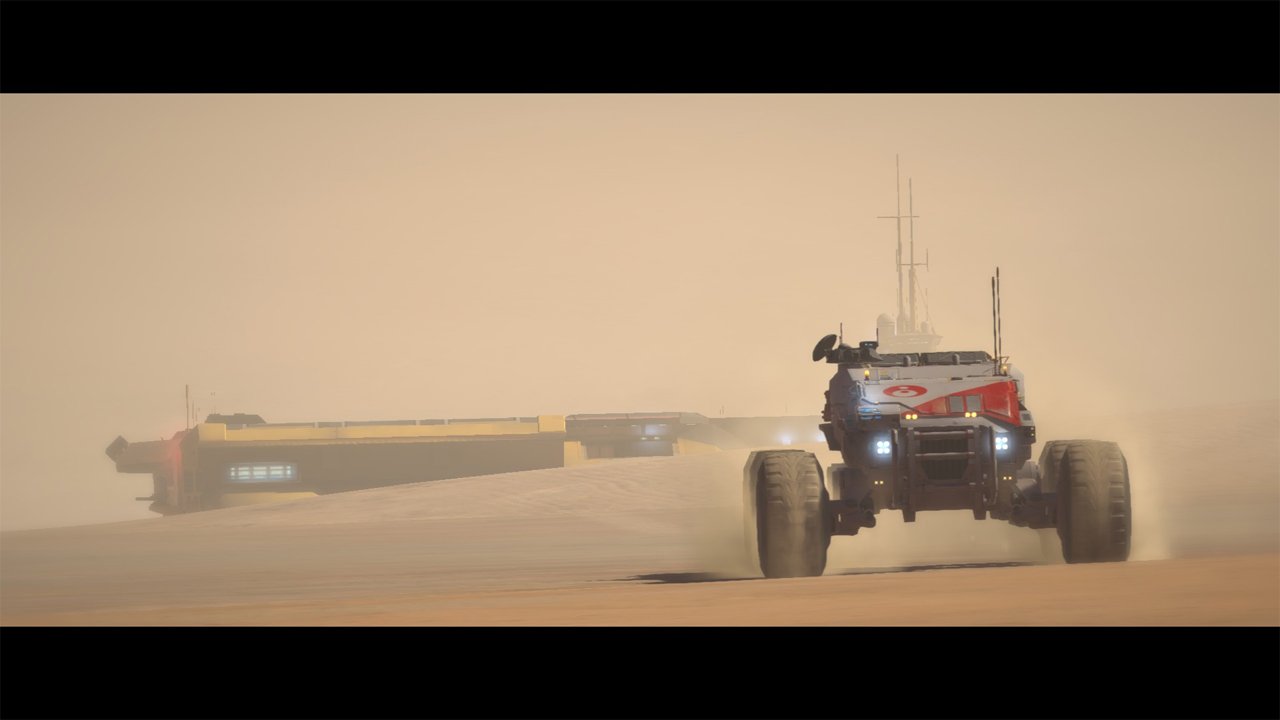 Deserts of Kharak is a prequel to previous titles, and takes place on the desert planet of Kharak (duh). The “primary anomaly” has been detected in the Kharak desert, and Rachel S’jet and company need to head deep into Gaalsian territory to retrieve it. Players who know their lore already know what that anomaly is, but that doesn’t detract in any way from the 13-mission campaign.

Unlike many other real-time strategy games, the campaign is the main draw in Homeworld. The lore is rich, yet approachable for newcomers. Some of the jargon will be confusing at first, but it doesn’t take long to grasp what or who a Kiith is or that Rachel S’jet is not a case of a misplaced apostrophe.

The missions themselves are varied. They do a great job of teaching the player the mechanics and introducing new units at a comfortable pace. The best thing about the campaign, which was also true for the originals, is that the player’s army stays with them between missions. The units who survive are the same ones that start the next mission. The same goes for resources, too, which makes them very finite. Finishing a mission in good standing goes a long way here, and forces the player to play intelligently.

This design also dictates playstyle. When I had heavy losses at the end of a successful mission, I went into the next one with extreme caution. I looked at my current resources and the resources available and actually thought about the most efficient way to spend them. This can be turned off with an option, but in the spirit of the series, you should keep it in tact.

A big problem is the AI. It’s not so great. There have been times when I could see my enemies clear as day, and they were just sitting there. Forever. I never bothered with them unless the mission forced me to clear all remaining forces. Other times, the AI simply follows its path until the player puts ground units within range. It is possible to pelt a group of units over and over again with air strikes until they are completely dead, and they will never respond.

Scenarios like this are worsened by the fact that the campaign is, overall, fantastic. Cutscenes are gorgeous and often set a threatening atmosphere, only to be followed up by awful AI behavior. Tense moments dissipate pretty quick when a cluster of enemy units is just dancing around a bit in a circle while being attacked from a distance.

Despite this, there are some amazing scripted moments throughout the campaign. A cutscene may show a large enemy force heading the player’s way, then show the same force in-game. That’s when the music kicks in. The music in Deserts of Kharak is nothing short of perfect. It raises the intensity of battles and sets the mood so well that I very much looked forward to the next large-scale battle.

In fact, the entire aesthetic is spot-on. Zooming in shows the intricacies of movement for the units — particularly the wheels of vehicles maneuvering around rough terrain. Once you feel comfortable with how a battle is going, try zooming in nice and close and watching the action. It looks great! 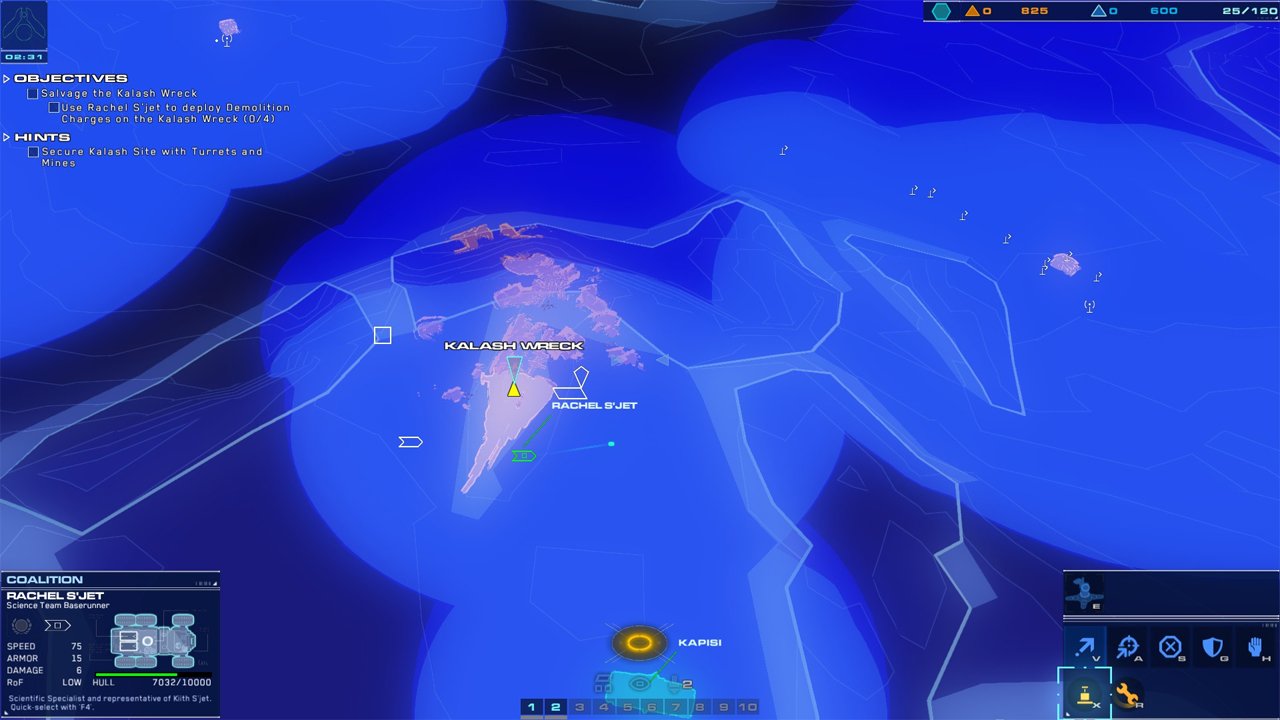 I know what you’re thinking. “How can it be Homeworld if it’s not in space?” Rest assured, this is Homeworld through and through. Remember watching your ships swirl around while attacking other units? The same goes for the smaller units in Deserts of Kharak. That feeling of continuity throughout the campaign as your units stayed persistent? Still there, and in spades. Since the “main base” is also a mobile unit, the feeling of having your own personal convoy is firmly implanted into the design of the game.

Having the main base, called a Carrier, as a unit is certainly an interesting mechanic to utilize. It can be quite the powerful unit, too, making the idea to use it offensively enticing. The Carrier has energy that can be routed to different aspects of the ship: defense, self-repair, missiles, and range. All self-explanatory. The player can change these on the fly, though energy is limited by artifacts, which can be collected and returned to increase available energy.

The most interesting gameplay mechanic is line of sight. If a unit can’t logically see another, it can’t fire at it. This makes the terrain of each map incredibly important. Having and holding the high ground can make or break a battle in many cases. The game does a great job of conveying this information to the player. If a unit can’t see another, a broken red line appears. While issuing many of the commands, a “blueprint” of the terrain will appear, clearly showing what is high ground and what is not.

Terrain also affects unit pathing. Well, it affects one unit’s pathing. The Carrier is a large (read: very large) unit, and can’t simply drive over hills like the others. It’s important to remember that it needs to take the roundabout way, since it’ll be the only unit to do so unless otherwise ordered. Just…keep that in mind when playing. 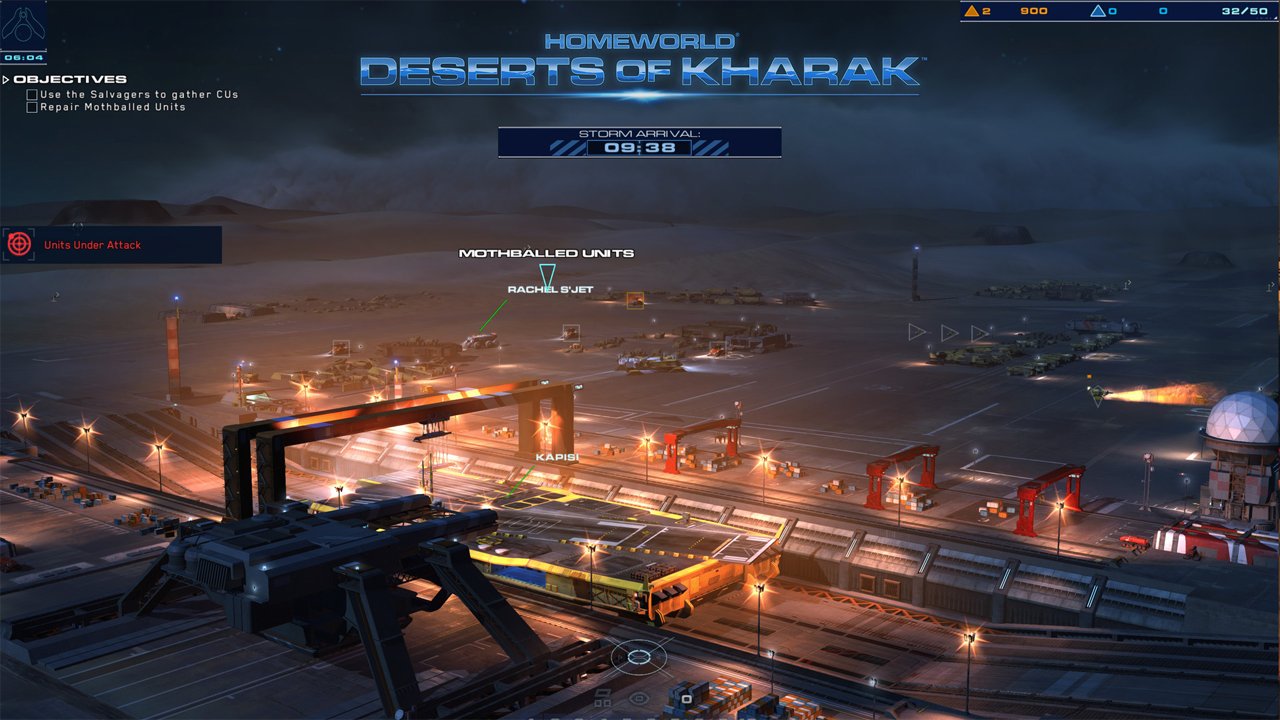 Homeworld has always primarily been a single-player experience. That being said, there are AI Skirmish and multiplayer options. The issue is that there are only two races, both of which play similarly. There are also only five maps. Stir these facts together into a pot, and it doesn’t yield the greatest competitive experience.

The main competitive mode is artifact retrieval, which tasks both players to fight over artifacts scattered over the map. The objective is to pick one up with a specific unit and bring it to a designated area. It’s neat, but the whole multiplayer experience just feels rather shallow. For free-for-all matches of more than two players, deathmatch is the only available option.

I’ve run into a handful of bugs in Deserts of Kharak, and judging from the forums, I’m not the only one. The most annoying, which may not even be a “bug,” is that the camera goes to an awful position after every in-game cutscene and needs to be reset. Other than that, there were a couple of cutscene glitches where animations wouldn’t play or in-game talk continued while a cinematic was playing. It’s also impossible to re-bind the keys, which is hopefully an oversight, not intentional. 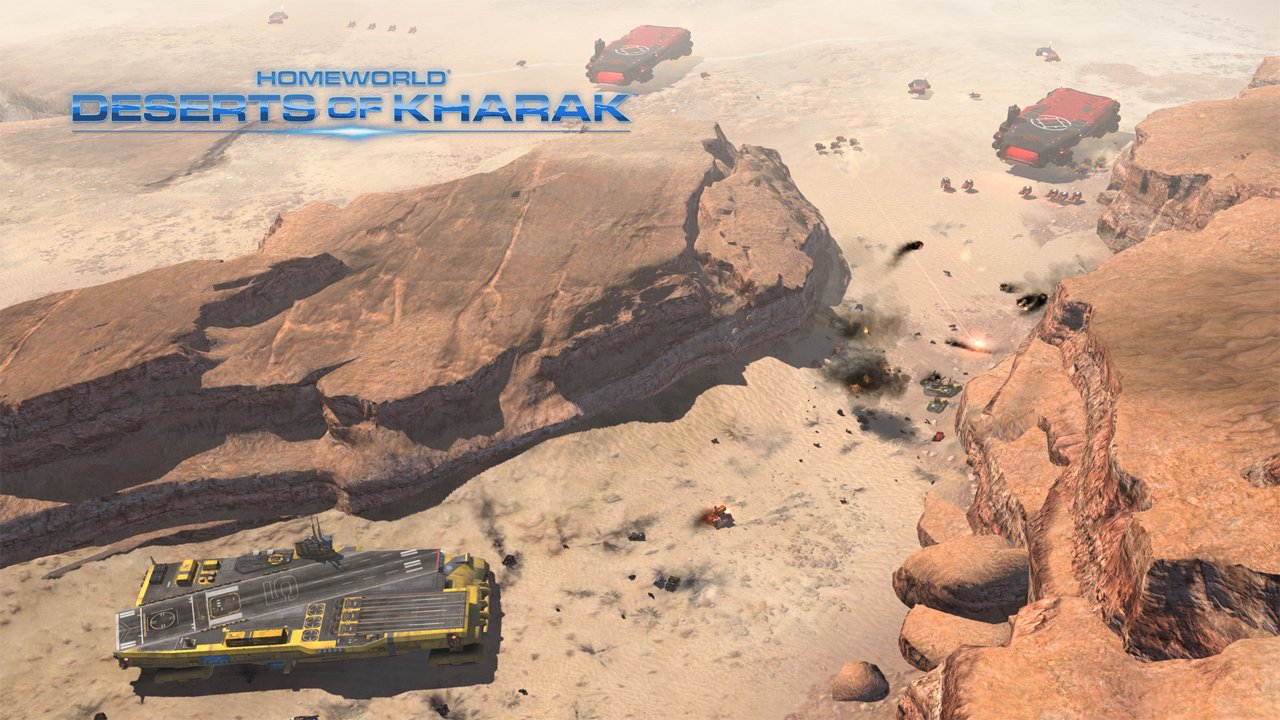 While the multiplayer is mediocre at best, the campaign more than compensates for fans of the series. All the worries of “it can’t be Homeworld if it’s not in space!” should be put to rest, because Deserts of Kharak says otherwise. The asking price is a bit steep for those who are just interested in the campaign, since most won’t bother to touch multiplayer. That being said, the campaign is well executed for veterans and newbies alike, proving that over a decade without Homeworld is far too long.