If you’re like me, you’re always looking to add more titles to the list of “local multiplayer games to bust out when friends come over.”

Heave Ho has our back. 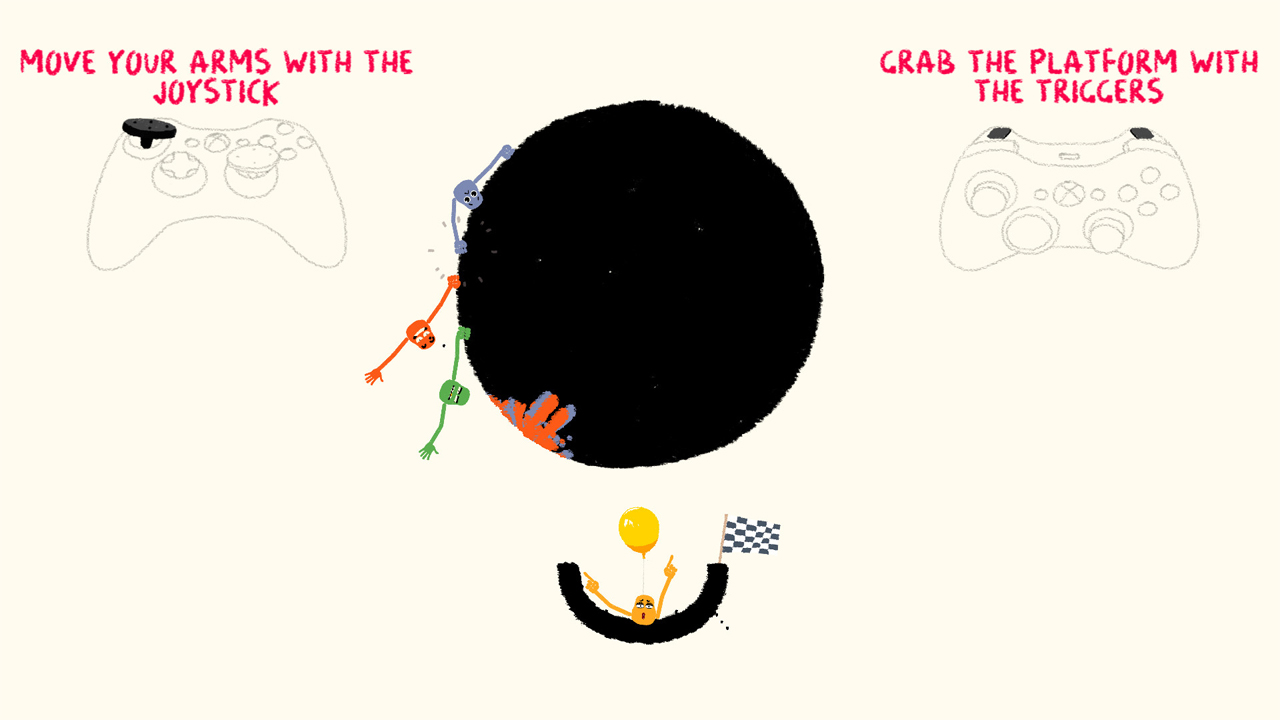 Wow, I just typed out the price in that info block up there and thought to myself “$9.99? Really?! This game is an absolute steal!”

Heave Ho is a goofy, thrives-in-multiplayer platforming game that involves Geodude-esque characters flinging themselves around a level in order to reach a goal. It has a ton of content, modes for solo play and multiplayer, mini-games, and is wrapped up in an absolutely charming aesthetic.

The game is all about grabbing platforms with long arms and maneuvering along the terrain in order to reach the goal. Playing on the Switch, the triggers manipulate the character’s hands and make them grab whatever they may be touching (including other players). It doesn’t take long for players to start Tarzan-ing their way across a surface, as it’s easy to get into a natural groove while playing.

Heave Ho absolutely shines in multiplayer. Single-player, on the other hand, feels a little lifeless. It’s enjoyable to make it through each level, sure. Some may even play a level over and over again in order to improve their times. But ultimately, this is a multiplayer game. The absolute joy of swinging each other around and watching your friends fail and succeed with some wild tactics is the recipe for an instant local multiplayer hit.

The levels don’t actually change if it’s a single-player or multiplayer session. The only difference is the addition of a coin. Each level in multiplayer contains a coin, and grabbing it and getting it to the end allows the player to spend the coin on a random costume for the characters. It’s not the greatest incentive overall, but the added challenge of safely transporting the coin is a perfect way to increase the difficulty without even touching the level design.

There are nine sets of levels, eight of which have a challenging variant, increasing the difficulty dramatically. Each set has a unique theme to it which it explores in a handful of levels, some of which are much better than others. A lot of the early content is almost braindead-easy, especially solo. In multiplayer, we would think of unique ways to complete the level and/or get the coin to the end; we made our own challenges and had a blast executing them. If we deemed it too hard, we just completed the level the normal way pretty quickly. But again, there are a harder set of levels for people who want the challenge. 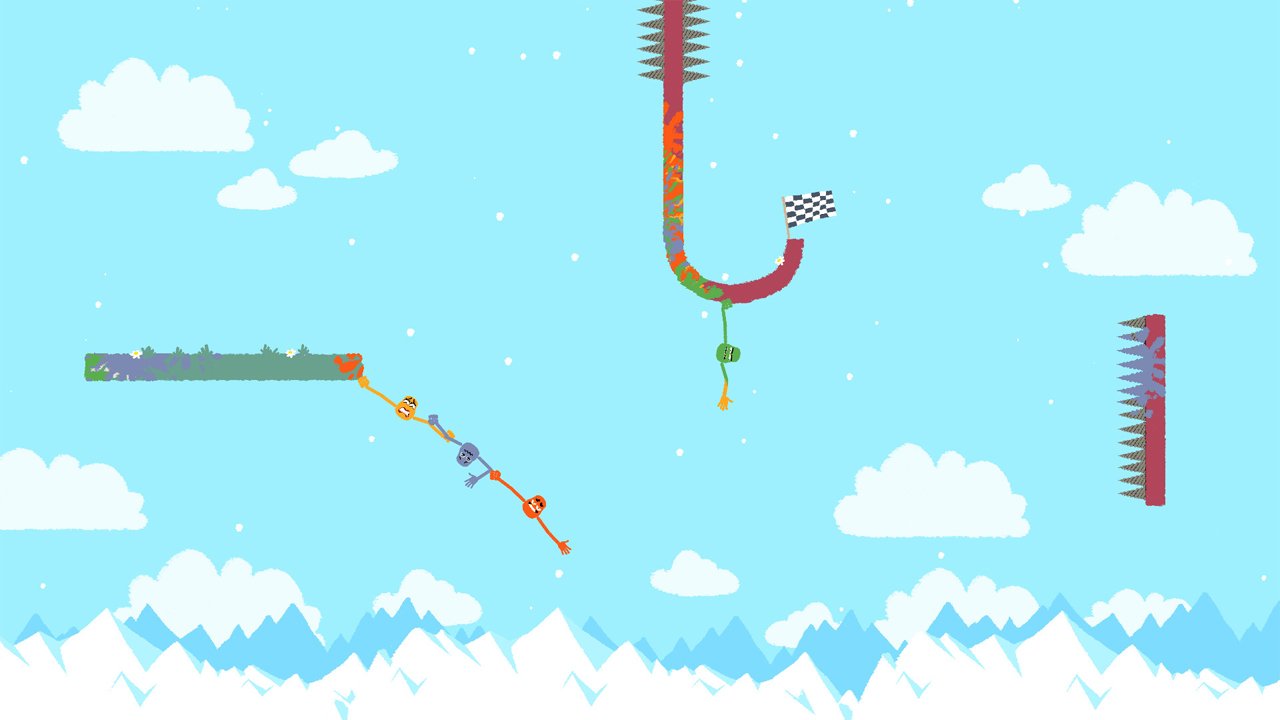 Occasionally, a rope will emerge from a random part of the level. If a player pulls it, it triggers a mini-game for everyone to partake in. These involve a basketball mode that has players flinging basketballs towards a hoop and another where players must be in a certain part of the level before a timer expires. These are great diversions, but I really wish it was possible to play these whenever. The basketball one was a blast, but my friend and I only had the opportunity to play it once, and even then a bug prevented me from actually shooting one of the basketballs.

That’s basically everything Heave Ho has to offer in a nutshell. It’s a good chunk of content for an absolute steal of a price. The wackiness of grabbing your friends, flinging yourself around, making faces and noises, and just causing shenanigans all around doesn’t really get old. Heave Ho is a much harder sell to anyone expecting to play it solo, but it’s an absolute must-have for any local multiplayer get-together with friends.