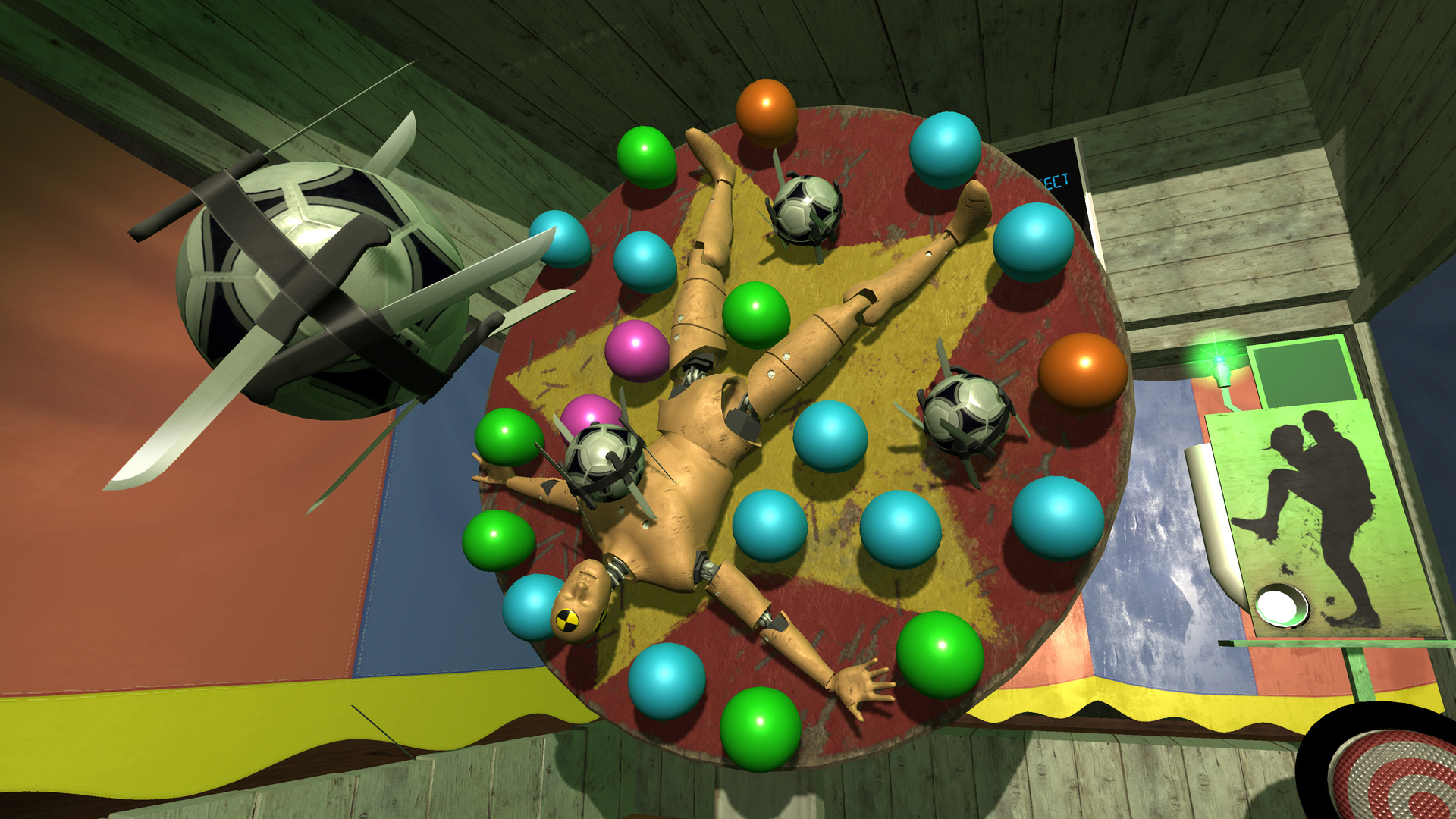 Weird sports games are good sports games. More often than not, that has been my experience. And Headmaster, one of the early games out for the PlayStation VR, is most certainly weird.

After strapping in, you’ll come to find that you’re stuck inside the “Football Improvement Centre,” a sort of soccer prison, and the only way to gain your freedom is to compete in trials to prove your excellence.

I’m going to die in here. 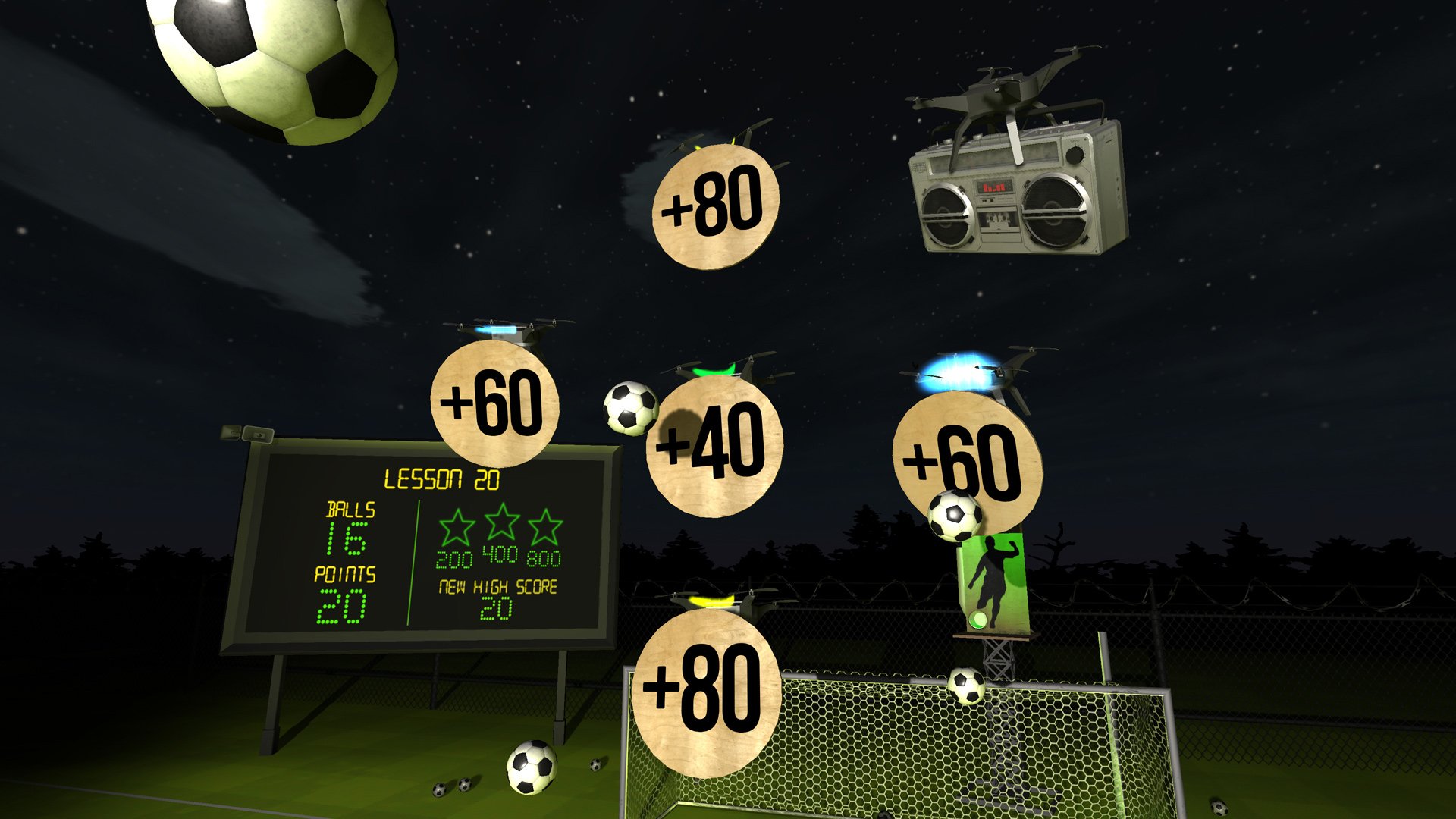 There’s no dribbling or passing, nor a team to manage. It’s just you, in a slightly spooky field, and a goal. This is a controller-free game, so once you’re past the start screen, you can put the gamepad down.

The entire concept revolves around “heading,” or, strategically hitting incoming soccer balls with that beautiful mug of yours. The ball will veer off in different directions depending on the angle at which it strikes your (non-existent) head and also how forceful you are with your real-world headbutts. Headmaster works well as an introduction to virtual reality, achieving a nice middle ground between the more subdued “look at the world around you!” experiences and the frenetic action games.

In general, you’re aiming the soccer balls at circular targets as opposed to just trying to get them safely into a goal. That’s how you’ll score the most points and, with skill and some luck, how you’ll earn a full three stars on each trial. The more stars you accrue, the more levels you’ll open up. It doesn’t take long for them to branch out in unexpected ways, whether it’s drones, explosive balls, a flailing pinata, or a sinister flying goalie cutout. There’s surprisingly little overlap in the mission gimmicks.

It’s funny, too. Headmaster‘s biggest strengths are its sharp wit, its sense of humor, and its creativity in coming up with subtle puzzle-like challenges that don’t feel like typical “video game puzzles.” That is to say there’s genuine depth here. None of the jokes feel unnecessary or forced, at least not to me, though you can get your own sense of what the narration is like in this trailer. I didn’t come in expecting to be hooked on the silly story, but I’m dying to know what it’s building up to and just what the heck is going on with this not-prison (and why I’m in it). Problem is, I’m not cut out to see everything.

It’s a three-pronged problem. Not only am I not precise enough at getting the ball exactly where I need it to go, but Headmaster is designed to be challenging, and it feels as if the PlayStation VR can’t quite keep up with those demands in terms of tracking capability. Despite not needing a controller to play, I always kept mine within reach for easy access to recalibrate and recenter my position. My virtual self had a habit of drifting left or right over time, and even a slight difference was enough to throw my aim off. It’s an issue I’ve seen occur in other PSVR games to varying degrees, but it’s especially pesky here.

For as frustrating as failure can be, though, I still greatly enjoy this game and what it’s going for. I want to stick it out. Headmaster seems to be flying under the radar as a launch-window PlayStation VR title, but it’s one of the most novel experiences out there and decidedly worth trying. You must meet Robert.